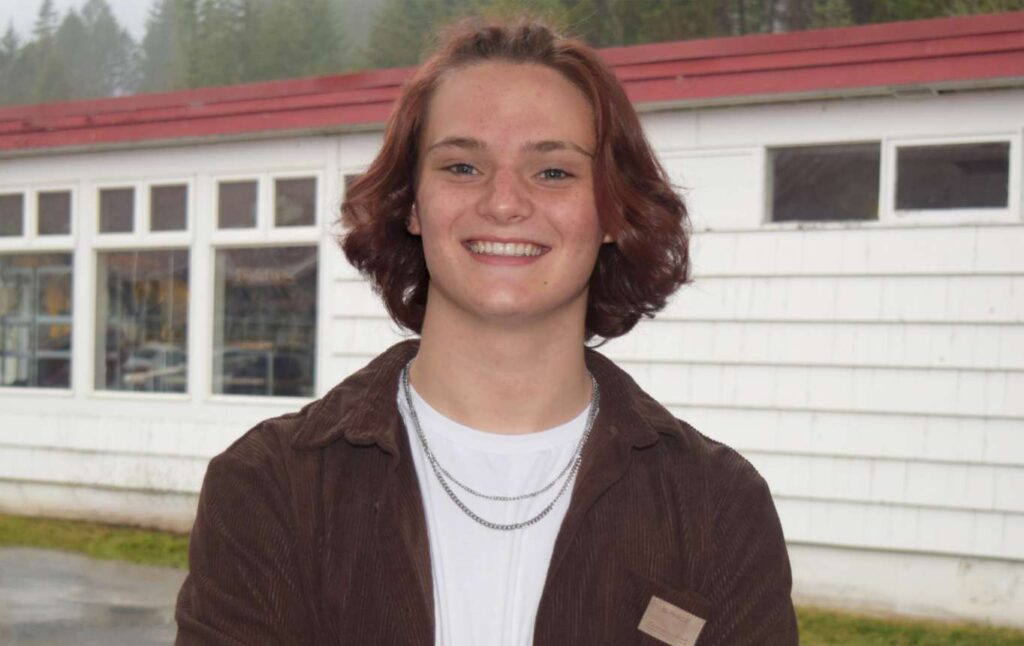 By Julia ShumwayJanuary 5, 2023No Comments

A 15-year-old’s political activism could result in Oregon legislators considering lowering the state voting age to 16.

Devon Lawson-McCourt, a sophomore at McKenzie River Community School in Blue River, has volunteered for political campaigns since fifth grade but is still several years away from being allowed to vote. Lawson-McCourt recently secured a promise from Rep. Rob Nosse, D-Portland, to propose an amendment to the state Constitution giving 16- and 17-year-olds the right to vote.

Lawson-McCourt contends that lowering the voting age will result in young people engaging in politics earlier. Young people have long voted at significantly lower rates than older people, though the past few election cycles have seen an increase in youth turnout.

“If students could vote and civic education was promoted from schools, and legislatures actually did their best to work with Gen Z, then we would see a higher voter turnout,” said Lawson-McCourt, who uses they pronouns.

Roughly 27% of voters between 18 and 29 participated in November’s midterm election, according to Tufts University’s Center for Information and Research on Civic Learning and Engagement, which has tracked youth voting since the 1990s. Nearly 47% of voters of all age ranges participated.

The voting age has been 18 since 1971, when the 26th Amendment lowered it from 21. The year prior, a senior at Lewis and Clark College in Portland led an unsuccessful effort to pass an initiative lowering the voting age in Oregon to 19. That student, Earl Blumenauer, went on to represent the Portland area in Congress, now for more than 25 years.

“16-year-olds can be charged with adult criminal charges,” Lawson-McCourt said. “They pay taxes. They can drive without an adult in the car.”

Since then, teen voters have continued to vote at higher rates than the city’s average.

In Oregon, 16- and 17-year-olds are automatically registered to vote when they obtain driver’s licenses, or they can register online, but they won’t receive their first ballot in the mail until age 18.

Nosse’s political roots are in student activism. As a student at Ohio’s Miami University, he worked on registering fellow students. After graduation, he became the first paid executive director of the Ohio Student Association, then he moved to Oregon in 1992 to lead this state’s Oregon Student Association, a job he held until 1996.

That background made him respond to Lawson-McCourt.

“It’s just the kind of thing that tugs at my heartstrings,” Nosse said. “I’m 55 now, but I remember my student activism days very fondly.”

The proposal’s chances aren’t clear. Nosse said he’s not sure how other legislators feel about the issue and how much energy he’ll be able to put into advocating for it. And changing the constitution requires a statewide vote, which could mean an expensive campaign.

“Is there anybody out there that can raise the funds to do a ballot measure? Because you don’t want to put a ballot measure on the ballot, have it referred and then not have the ability to run a campaign,” Nosse said.

It wouldn’t be the first time the Oregon Legislature considered lowering the voting age: Secretary of State Shemia Fagan proposed a constitutional amendment in 2019, when she was a state senator. The Senate Rules Committee held a public hearing and heard roughly an hour of testimony from teenagers who supported the bill.

More than 200 Oregon adults submitted written letters of opposition, many incredulous that the Legislature would ever consider giving voting rights to teenagers whose brains weren’t fully developed. The bill didn’t move beyond the Senate Rules Committee.