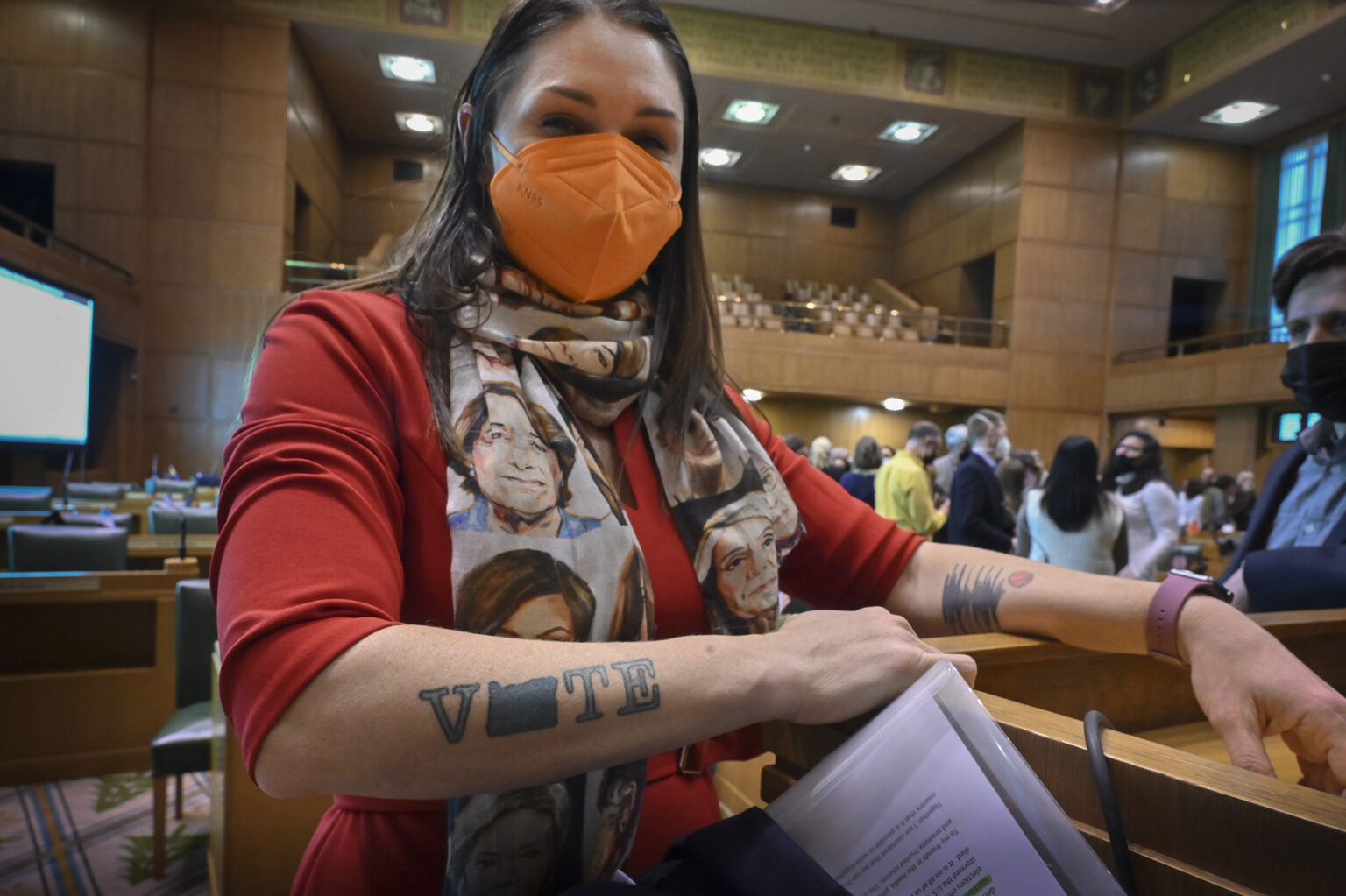 By Julia ShumwayDecember 13, 2022No Comments

Citing an increase in misinformation, complaints and time-consuming public records requests from election deniers, Oregon Secretary of State Shemia Fagan is seeking roughly $2 million over the next two years to hire more staff dedicated to election security and oversight.

Fagan, who began her term as Oregon’s top election official two days before the Jan. 6, 2021, attack on the U.S. Capitol, told the House Rules Committee on Thursday that the incident sent a clear message to election officials that they couldn’t take trust in democracy for granted.

“My mission as Oregon secretary of state is to build trust between Oregonians and their state government so that Oregonians will trust the services that make an impact on their daily lives, and nowhere is that more important than in the elections division,” Fagan said.

She said her office has received more than 300 election law complaints this year and has only 1.5 full-time employees dedicated to those complaints. Adding two more could help resolve those investigations more quickly than the average four months it now takes to complete an investigation.

Legislators gave the office $370,000 for statewide public service announcements this spring, and Fagan said the ’70s-style animated videos drove traffic to the state website with voter information, Oregonvotes.gov. Unique pageviews increased from just over 100,000 in the month before the 2018 election to more than 400,000 in the leadup to the 2022 election.

Beginning in January 2016, Oregonians who obtain or renew their driver’s licenses or non-operating IDs have been automatically registered to vote. More than 800,000 net voters have been added to state voter rolls since then.

Now, more than 93% of Oregonians who are eligible to vote are registered, said Jessica Ventura, legislative director at the Oregon Secretary of State’s office. She said the state’s voter registration system is considered the “gold standard,” but it still could improve.

The office wants to expand automatic voter registration to other state agencies, including the Oregon Health Plan and Department of Corrections. An estimated 171,000 Oregonians who receive insurance through the Oregon Health Plan, the state’s Medicaid program, are eligible to vote but aren’t yet registered, and a legislative proposal would begin registering those Oregonians to vote in June 2026.

Fagan also wants to create a pilot program with the Powder River Correctional Facility, a minimum-security prison in Baker City. Under Oregon law, people convicted of felonies lose the right to vote until they have completed their prison sentences. Many don’t re-register to vote, and the proposal would test automatically re-registering people released from the Powder River facility between January 2026 and 2029.

Legislators have attempted in recent years to restore voting rights to up to 15,000 incarcerated Oregonians, but the idea hasn’t been politically popular.

Fagan is also seeking $1.17 million to begin replacing the state’s outdated campaign finance database, ORESTAR. The system has been in place for 20 years, runs slowly and can’t be opened in more than one tab or window, among other frustrations for users.

The $1.17 million wouldn’t actually be spent on a new campaign finance reporting tool, but rather on analyzing needs and requesting quotes.

Governor-elect Tina Kotek pledged to support caps on campaign contributions while running for office. After declaring victory, she said she would support campaign finance reform measures passed by the Legislature and ballot initiatives if the Legislature doesn’t act.

Wagner told the Capital Chronicle this week that he expects the Legislature will take action on campaign finance reform in the upcoming session.

Correction: Secretary of State Shemia Fagan told lawmakers during her presentation that her office had one full-time employee dedicated to election law complaints, and an earlier version of this article reflected that statement. The office actually has the equivalent of 1.5 full-time employees dedicated to election law complaints.