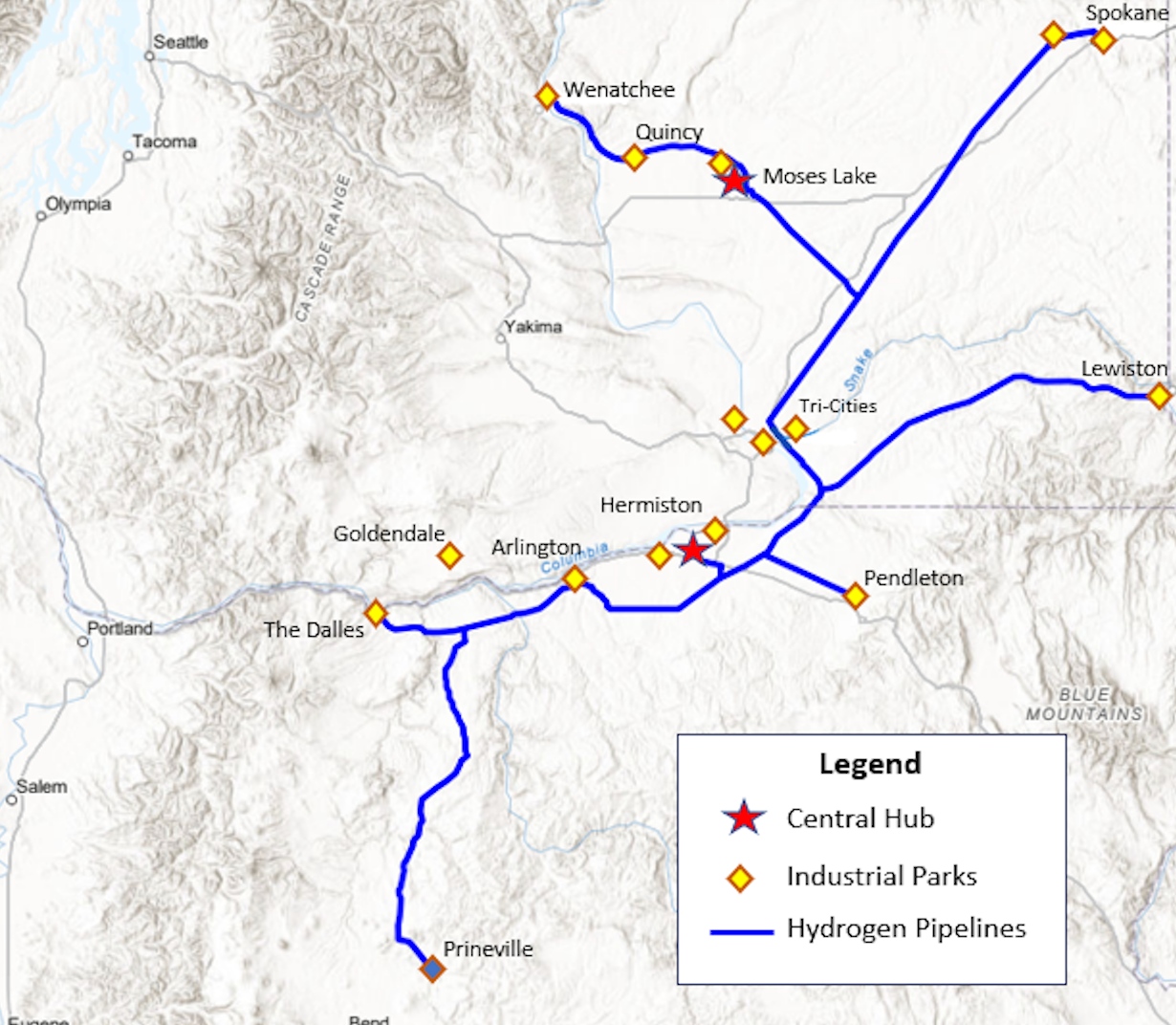 By Alex BaumhardtDecember 7, 2022No Comments

A Lake Oswego-based solar energy company has spurned a Northwest government partnership by launching its own bid to win hundreds of millions in federal dollars to create a green hydrogen production network across Oregon and Washington.

In November, Obsidian Renewables applied to the U.S. Department of Energy to become a green hydrogen hub for the region, producing, storing and transporting the mostly emissions-free gas. An Oregon-Washington partnership, the Pacific Northwest Hydrogen Association, has also applied for money to become a Northwest hydrogen hub.

Obsidian initially wanted to join the association’s effort but broke away when the partnership declined to tell private companies whether they were included in the final bid.

“We couldn’t get the Washington Department of Commerce to tell us whether they were going to include us in their grant or not, they still haven’t told us, so we had to find something on our own,” Obsidian co-founder David Brown told the Capital Chronicle.

Penny Thomas, a spokesperson for the Washington State Department of Commerce said in an email that the Pacific Northwest Hydrogen Association worried that if it released that information other applicants would use it for a competitive advantage.

The federal energy department has $8 billion from the Infrastructure Investment and Jobs Act passed by Congress in 2021 for hydrogen production hubs across the nation. The department expects to select at least four hydrogen hubs by the end this year for funding during the next four years.

If hydrogen is made through electrolysis — sending electric currents through water to separate hydrogen from oxygen — and if the electric current is powered by a renewable energy source such as wind or solar –  it is considered “green.” Few to zero emissions would be released in the process of making the hydrogen.

Hydrogen power produces twice as as much energy as gasoline, takes up half as much space and is lighter than a lithium battery, meaning it could be used for large transport vessels such as planes, trains and ships and to produce materials that require a lot of energy. Hydrogen fuel cells don’t require time-consuming charges, and can withstand cold weather that can eat up electric battery power.

Obsidian Renewables is behind the Obsidian Solar Center in southern Oregon, which will be the state’s — and one of the nation’s — largest solar farms when it’s built. Now, Obsidian is seeking $700 million from the federal energy agency to put toward a $10 billion system that would create hydrogen from electrolysis.

Obsidian’s green hydrogen would primarily be sold to companies to make fertilizer. Ammonia fertilizer is made of nitrogen and hydrogen. Today, most of that hydrogen comes from natural gas production. The potential to create hydrogen from water and clean electricity could dramatically cut the carbon footprint of modern fertilizer production. Besides fertilizer companies, it would sell hydrogen to data centers and hospitals that currently use diesel generators for backup energy, allowing them to be replaced with green hydrogen fuel cells.

Obsidian began its planning three years ago, and is currently waiting for land-use approval from the state. It is also talking with potential investors and hydrogen buyers, Brown said.

Obsidian plans to build hydrogen production facilities in two industrial parks: One called The Depot is being developed outside of Hermiston, and the other is in Moses Lake in central Washington.

Obsidian’s hydrogen would be transported from its two production facilities as far northeast as Spokane, Washington and as far south as Prineville, where Apple has a large data center.

In its bid, Brown said, Obsidian would be willing to partner with future regional efforts.

“If that’ll happen, I don’t know. I sure hope it does, but it’s not up to me. It’s up to when they want to talk to us,” Brown said, referring to the association.

The association has not released major details about its plans, but officials said they would promote the production of green hydrogen as an alternative fuel source to help the region meet future, everyday energy demands with zero greenhouse gas emissions.

Obsidian will move forward with or without the federal dollars or state investment, Brown said.

“We don’t think that application is likely to be effective in the long run,” Brown said of blending natural gas with hydrogen.