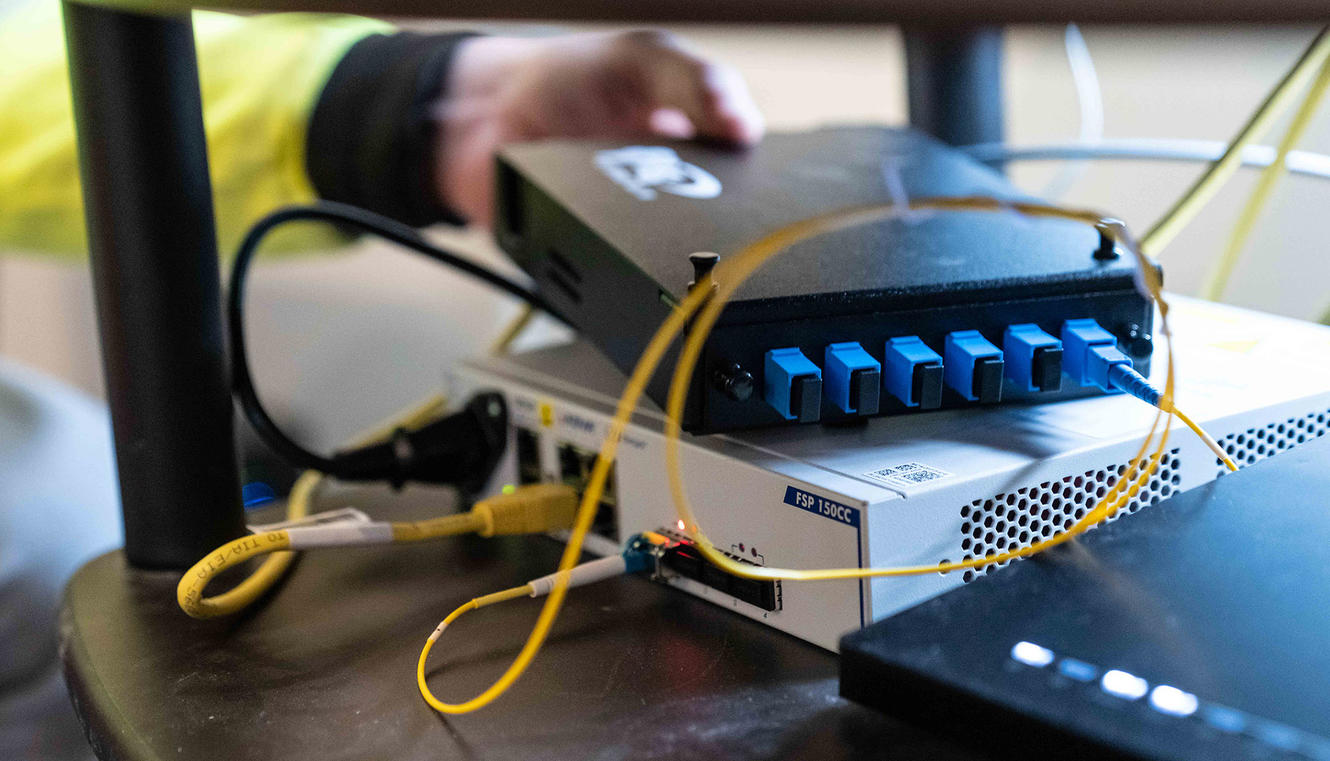 By Brandon BlockNovember 17, 2022No Comments

A proposal from Washington’s Public Works Board would limit the power of private companies’ objections to stall public broadband projects.

Private companies seeking to limit public broadband expansion into rural areas they serve or plan to serve may have to provide greater proof of service as part of a state board’s revised objection process. The rule changes, set to be finalized in February, would likely affect the distribution of Washington’s share of a $42 billion federal infrastructure program set to roll out next summer.

Telecommunications companies including Comcast and Nevada-based startup Rural Wireless filed objections last year that derailed eight projects meant to expand internet access to rural communities, as Crosscut reported in March. The objection process has drawn scrutiny from public utilities districts (PUDs), many of which are vying for hundreds of millions in federally funded grants, and see it as being leveraged to stifle competition.

The Public Works Board is one of three state bodies that distributes broadband funding, and the only one required by state law to allow private telecom companies to object to grant applications. Lawmakers wrote that requirement into statute when they formed the State Broadband Office in 2019, with the intention of preventing “overbuild.”

But some critics argue an expansive definition of “overbuild” — which can mean any company already offers internet service in a given area, or has begun construction to provide service — has spoiled tangible broadband expansion efforts in favor of open-ended promises without sufficient mechanisms to hold those companies accountable.

In response, the state’s Public Works Board voted unanimously in April to require more evidence from objectors, such as permits, invoices and engineering plans. Lawmakers also amended the application process based on concerns about how the previous grant round played out.

At a stakeholder workshop last week in Olympia, Public Works Board employees described a reformed objection process that will allow applicants to revise their proposals in response to companies’ challenges, likely by removing areas with clusters of homes already served. The mostly virtual audience offered little feedback on the proposal, but in interviews, public utilities urged much narrower criteria for objections and more rigorous verification of objectors’ claims of service.

Sarah Holderman, director of customer services at Pend Oreille PUD in Eastern Washington, told Crosscut she wants to see the board reject objections based on existing service unless the company can prove they offer service to 100% of end users in a project area. Just two of eight objections filed in the most recent grant cycle included a claim that the company already served all customers in the proposed project area.

“This is particularly relevant in rural communities like ours where the cost to bring service just a couple of miles can be prohibitive,” Holderman wrote in an email to Crosscut.

Officials at Pend Oreille PUD say they submitted three applications for funding so far, and all three were hit with objections from an Idaho-based company called Rural Telecom, Inc. PUD officials said they are skeptical of the company’s claims that they already serve half the households in the proposed area, citing speed tests collected by the state broadband office that show significantly lower speeds experienced by end users.

A similar situation played out in Grays Harbor County, where an application from the PUD in the most recent grant cycle was disqualified based on an objection from Comcast, which stated in its filing that it offers service to just one-quarter of the homes in the proposed area. Grays Harbor’s experience typified the weaknesses in the existing objection process, state officials told Crosscut in March.

Terry Davis, a senior director of government affairs for Comcast, said the company was not seeking to block Grays Harbor’s project when they objected, but only to reduce its scope in areas the company says service is already available.

“There was nothing in our [objection] … that said deny these for the entire project because we have an overbuild in a portion of the project,” he said.

Rob Hanny, Core Services Director at Grays Harbor PUD, argued that the functional availability of internet in many rural communities rarely measures up to what companies like Comcast report. He also wants to see more aggressive verification of service claims, saying he has heard from customers who are offered superfast gigabit speed internet – and then quoted upwards of $5,000 to actually get connected.

Comcast disputed the idea that high fees to connect are common. Davis said there may be properties that are expensive to connect, but they would not be included in the “serviceable” households listed on Comcast’s objection.

Davis praised the Public Works Board’s changes, which he said are more aligned with the challenge process used by the State Broadband Office. Comcast filed multiple objections to the most recent round of State Broadband Office grants, Davis added, and was able to resolve them without sinking the projects.

Reached by email on Tuesday, a spokesperson for the state broadband office did not provide details on its objection process. The office is currently revising it, and will release more information when it opens a new round of grant funding next week.

George Caan, executive director of Washington’s Public Utility Districts Association, said he is withholding judgment on whether more legislative changes are needed until he sees the new objection system tested. For now, he believes it’s possible to fix the process to prevent what he called “frivolous” objections, citing the Grays Harbor case. However, not all of his members are sold on the premise of having an objection process in the first place.

“[They] wonder why there is an objection process for using public dollars to serve public purposes,” Caan said. “And I think that’s a very valid question to ask.”

The Public Works Board is holding a second workshop for broadband providers and stakeholders on Tuesday, Nov. 22 and a public hearing on Jan. 24. The board expects to approve a final version of the new objection rules by February. You cansign up to attend here.