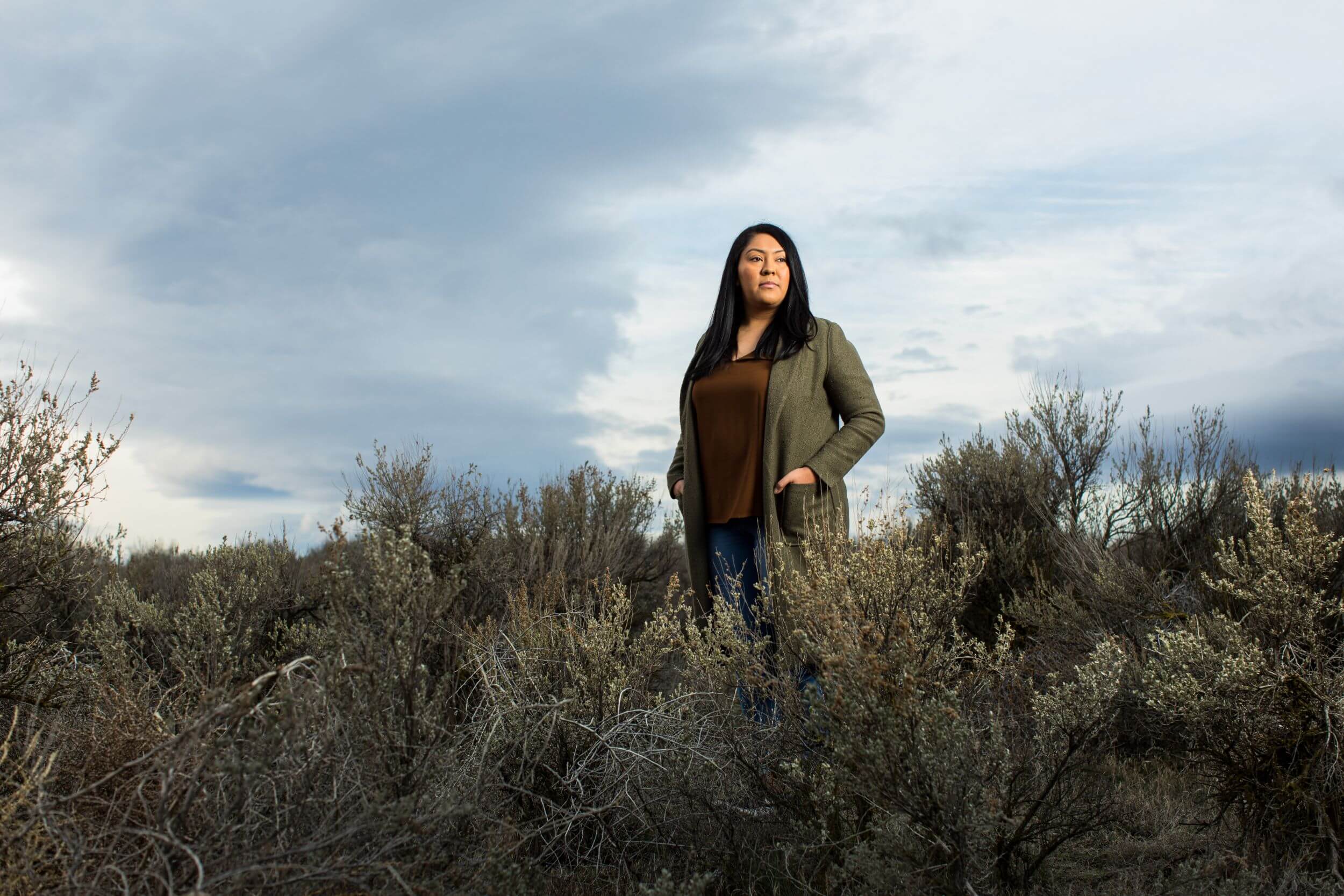 Why does Washington state reject tens of thousands of ballots? Hint: It’s not fraud

By Zachariah BryanNovember 1, 2022No Comments

Home » State of Democracy » Why does Washington state reject tens of thousands of ballots? Hint: It’s not fraud

Before it’s official, before winners bask in glory and losers shrink in defeat, Washington’s election officials meticulously review the lines and swoops of every signature on every ballot mailed in from around the state.

If they can’t match those lines and swoops to a signature on file, they flag the ballot for extra scrutiny, then toss the vote if they can’t confirm the right person signed it. This process is Washington’s final safeguard against fraud. Over the years, officials have identified just a handful of ballots that might have been fraudulently cast — out of several million votes tallied across the state.

Meanwhile, tens of thousands of otherwise legitimate votes have been rejected in recent elections not because of suspected fraud, but simply because the signatures didn’t match. According to a state auditor’s report released earlier this year, nearly 24,000 votes were rejected in 2020 because of mismatched signatures, out of over 4 million cast, disproportionately impacting younger voters and voters of color.

Dunn is leading a lawsuit against Yakima, Benton and Chelan counties in Washington alleging discrimination against Latino voters, following a 2021 InvestigateWest report showing those voters had higher than average ballot rejection rates. The plaintiffs, including the Latino Community Fund of Washington and three citizens, are calling on the counties to implement better practices to reduce bias.

Proponents of mail-in voting say it’s easy, safe and accessible, boosting turnout wherever it’s adopted. But Washington’s signature-matching process rejects mail-in ballots at a rate more than twice as high as the national average, an analysis by the Massachusetts Institute of Technology found.

Kevin Hamilton, a longtime elections lawyer based in Seattle, suggests it’s not a system that can be repaired. He represented Christine Gregoire in Washington’s 2004 gubernatorial race and Al Franken in the 2008 Minnesota contest for U.S. Senate. Both won by hundreds of votes. Hamilton has seen firsthand how rejected ballots can sway an election.

In his experience, the majority of ballots that are flagged for signature mismatches are genuine. The very little fraud that is caught, Hamilton said, isn’t worth erroneously stripping the right to vote from tens of thousands of people.

“I suggest that is way too high a price,” he said.

Whose votes are rejected?

Rarely are those signatures scrutinized. Except for when a person votes in a state like Washington that conducts all elections by mail.

“The signature is one of the primary tools for us to be able to validate that … the individual that has signed and returned and completed that ballot packet is who they say they are,” said Stuart Holmes, acting director of elections for the Secretary of State’s Office.

Compared to the total number of votes cast, the rate of rejected ballots is relatively small. For example, in 2020, election officials in Washington rejected less than 1%.

Still, that’s almost 24,000 votes that were erased because of signature mismatches.

Young voters were almost three times as likely to have their ballots rejected than Washington’s oldest voters. And ballots cast by first-time voters were five times more likely to get challenged than those cast by people with previous voting experience.

In King County, non-English speakers were more likely to have ballots rejected, despite election materials being translated into Spanish, Chinese, Korean and Vietnamese. (In September, the King County Elections Office made budget requests to add Somali and Russian to that list.)

Reviewing a sample of ballots, the auditor’s report did not identify any examples of discrimination in how election workers identified mismatched signatures. The report noted that doesn’t mean bias doesn’t exist.

“The limited review the office did in search of evidence for bias was flawed in its construction,” he said.

At the Legislature’s request, University of Washington researchers are conducting another study that will review ballot data from the past decade and may dig deeper into the possibility for bias. That study is expected by the end of 2023.

Dunn’s legal team is also submitting research by expert witnesses in federal court by the end of this year to prove his point, including studies he believes will show election workers acted with discrimination.

“What we think the evidence will ultimately show is that the disparity exists because of bias,” he said.

Many counties have already adopted those practices, according to the report. Each year, election workers attend trainings led by Washington State Patrol forensic document examiners, where they learn how to identify similarities and differences of signatures. But that can be more art than science, a training handout cautions, noting that signatures from the same writer can vary wildly.

When a ballot is challenged, many if not all counties have adopted several levels of review. The flagged ballot gets shuffled up to management and then to the local canvassing board, composed of the county auditor, prosecutor and council chair, who have the final say. And before throwing out the vote, the local elections office will also contact the voter by phone and mail (if contact info is provided) to “cure” the ballot by submitting another signature for comparison.

County officials say they’re still improving how they educate the public and reach out to voters who have their ballots challenged.

Sometimes simple changes can lead to dramatic improvements. In Oregon, officials made it so voters don’t have to physically come to an election office to cure their ballot. They can simply mail in a signed statement. As a result, between the 2016 and 2020 general elections, the number of ballots rejected for signature problems dropped by 5%, according to the Portland Tribune.

Washington already allows voters to return signed statements by mail or, like in the case of King County, by email.

Even with best practices in place, no matter how easy and accessible you make voting, “I think we need to be careful thinking that we are going to get to 100%,” said Snohomish County Auditor Garth Fell. There’s always going to be some ballots rejected, and at least in some cases rightfully so, he said.

There’s a greater chance of an American getting struck by lightning than committing mail-in voting fraud, according to the Brennan Center for Justice.

A survey of county prosecutors and auditors in Washington after the 2016 election identified only two votes that led to prosecution, both in Asotin County. Neither were actually counted.

One man pleaded guilty to false swearing, a misdemeanor, for voting on his deceased wife’s behalf, an action he said was part of her “dying wishes.” Another man had apparently voted both in Idaho and Washington.

Fell, the Snohomish County auditor, said the bar to prove fraud is high. And most folks aren’t intentionally trying to commit it.

“In most cases when we seek additional information from these individuals, it’s clear they were confused over what was allowed under the law,” he said.

Verifying signatures, he said, is the gold standard for identifying those mistakes.

Holmes, the state elections director, said administrators have been pondering “what’s beyond signatures” for some time now, especially as cursive writing fades away.

For example, Washington could start using personal identification numbers as some other states do.

Such a change “would take a large amount of communication and coordination with the public” about expectations, Holmes said.

Under that system, no one would get their ballots rejected for mismatched signatures, just missing ones. Critics say it increases the chances of fraud, however small those chances may be.

Dunn said something must be done to correct racial disparities. The lawsuit against Yakima, Benton and Chelan counties might force the issue. It could go to trial next summer.

“We don’t think the Constitution permits people to say, ‘Gosh, this is hard, and so we’re just going to continue to let this condition continue to exist,’” Dunn said.

FEATURED IMAGE: Daniella Esparza came close to having her November 2020 ballot rejected because of a supposed mismatch of her signature on file at the elections office and the way she signed the ballot. She says her signature has changed over the years, but wonders why this particular ballot drew a challenge. (Dan DeLong/InvestigateWest)