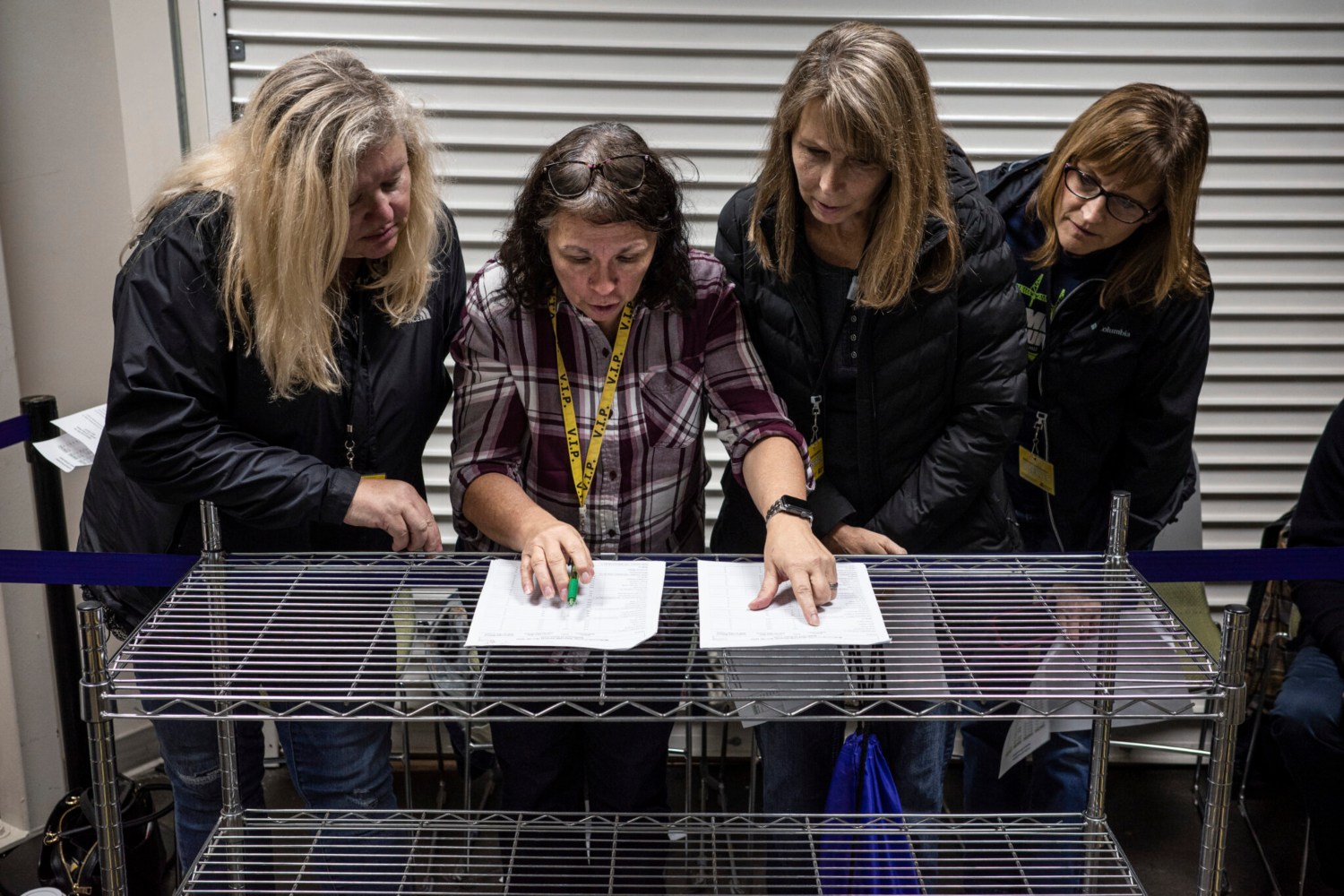 By Lynne TerryOctober 28, 2022No Comments

County elections offices are whirring into action across the state, testing and verifying the ballot counting process before the Nov. 8 election.

Elections officials are required to hold three public tests of their vote-counting systems for an election: two before any ballots are scanned and one afterwards before votes are certified. Multnomah County, the state’s largest jurisdiction, held its first public test this week.

“It’s about transparency,” Tim Scott, Multnomah County’s elections director, told the Capital Chronicle. “We want to make sure that the public and political parties, candidates, anyone who wants to attend has confidence in the way the votes are counted, and by conducting this public logic and accuracy test, they have the opportunity to come and see how we certify that the tabulation system is counting the votes and it’s accurate and it’s doing it as predicted.”

About seven Republicans witnessed the process, including several who’ve seen it before, along with Luke Belant, deputy director of elections at the Secretary of State’s Office.

Leading up to the event, Multnomah County’s elections office tested its system with about 30,000 test ballots that were marked for various candidates and other options in a predetermined pattern to test the accuracy of the system. Test ballots were also run through on Tuesday.

“There were zero surprises,” Scott said. “Everything went exactly as we thought it would.”

The “logic and accuracy” test by Multnomah County and other jurisdictions follow the launch of a public information campaign by the Secretary of State’s Office to build trust in Oregon’s vote-by-mail electoral system. The “Voting in Oregon Feels Good” campaign, launched earlier this month, features 1970s’ style video animations with graphics  that are being displayed on social media, podcast platforms and TV stations through Nov. 8.

The first ad explains Oregon’s vote-by mail system and the second urges voters to cast ballots. The latter campaign aims to reach people who often don’t vote by running on stations or sites that they are most likely to see.

The third ad explains Oregon’s new postmark rule which went into effect this election cycle and lets voters cast ballots until the last minute. Ballots are counted if they’re deposited by 8 p.m. in a county election’s box or at a county office or if they’re postmarked by Nov. 8 at the latest.

The Secretary of State’s campaign aims to dispel questions about Oregon’s voting system.

“Research shows that once a person forms a belief about elections it’s very hard to change their mind,” Fagan said in a statement. “That’s why it’s critical for elections officials to get ahead of false information by sharing the fact that Oregon has had free and fair elections through vote-by-mail for over 20 years. When Oregonians know all the steps elections workers take to protect the integrity of our elections, it completely undercuts the conspiracy theories from proponents of the Big Lie.”

Shemia Fagan also visited all 36 election’s offices in Oregon, checking on safety and other protections. She said Oregon has the safest system in the country.

Unlike other states, Oregon elections officials have not faced any serious threats, according to Ben Morris, spokesman for the Secretary of State’s Office. Nevertheless, agency officials see a few dozen social media posts a week that cast doubts about the safety of the system, he said. They’re mostly on Twitter but they have turned up on far right social media sites like GAB and Truth Social, which is backed by former President Donald Trump.

“Most are from small accounts but there are some larger accounts in Oregon that post misinformation,” Morris said. “The topics vary. Common themes are the Big Lie, general distrust in vote-by-mail or accusations of fraud.”

In Oregon, none of the county vote-counting systems are connected to an outside network or to the internet to prevent anyone from gaining access to the vote tabulation system. Scott, of Multnomah County, said votes are downloaded from the machines onto password-protected and encrypted thumb drives which are walked out the room and plugged into a secure computer that sends the results to the Secretary of State’s Office for publishing online. The computers in the vote-counting area are programmed to only accept the protected drives, he said.

“All of the computers have state of the art password protection and encryption,” Scott said. “We’ve pretty much thought of just about everything.”

The county runs cameras 24/7 in the secure vote-counting area which is only accessible by people with programmable badges.

The only potential for tampering could be a hacker attack when the votes are sent digitally to the Secretary of State’s Office, he said.

“While Multnomah County and the state both have very good security built in to make sure something like that doesn’t happen, it is technically possible but the official record of the election is here in the office,” Scott said.

The tallies posted on the Secretary of State’s website are unofficial results. The official tally stays in elections’ offices where officials certify the results 28 days after the election. The computers flag problematic ballots, which are reviewed by two election officials of different political parties. Approximately 25,000 of these ballots are reviewed in a November general election.

In the 2020 election, Multnomah County elections officials manually inspected about 27,000 ballots – or about 6% of those cast – to check that the system is working correctly. That inspection is conducted by bipartisan teams of employees who work together to determine voter intent.