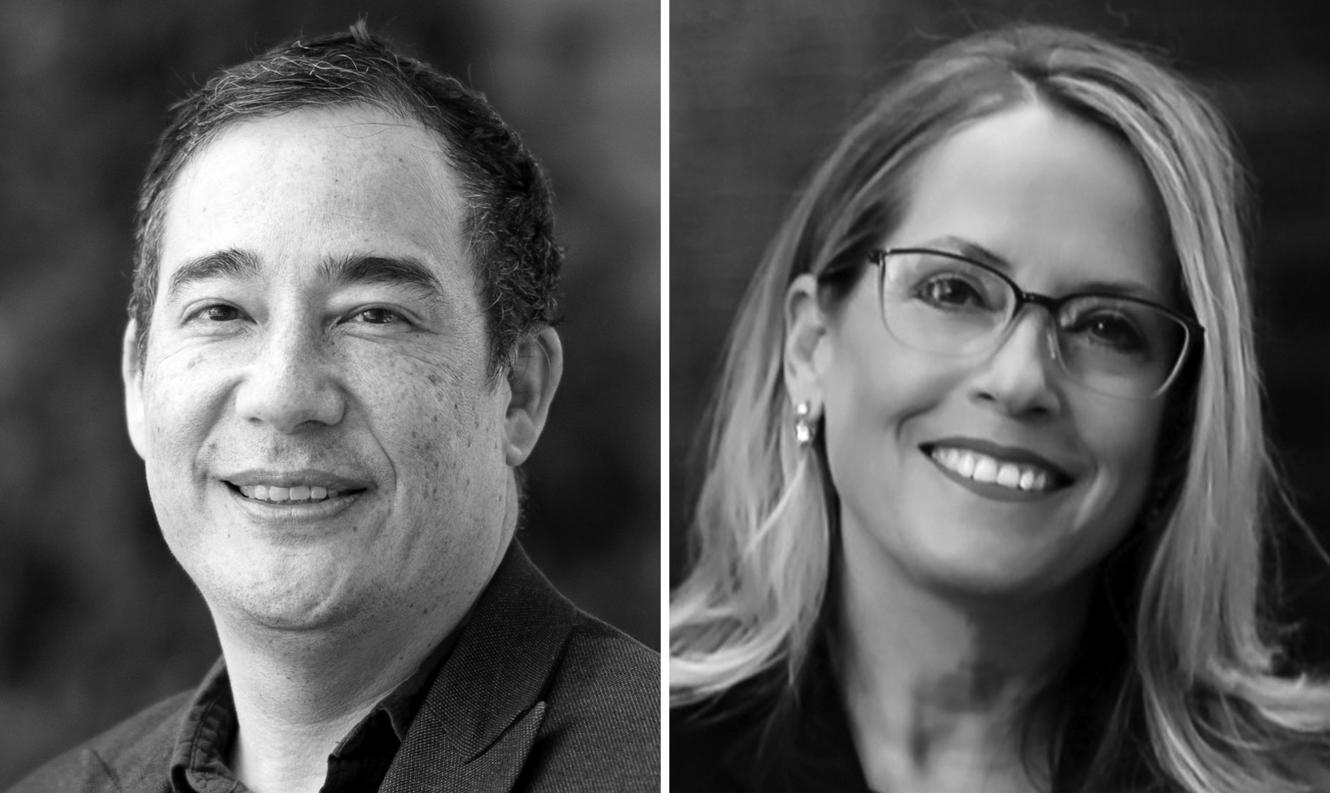 It pits two experienced candidates, Democrat Steve Hobbs and nonpartisan Julie Anderson, for a job that has increasingly focused on the security of elections.

As Julie Anderson cold-calls potential donors seeking support for her nonpartisan bid to be Washington secretary of state, she quickly learns that folks have not exactly been closely following this crucial but down-ballot special-election race.

“They often say things like, how many people are in the race? Are there four people left?” Anderson, the Pierce County Auditor, said in a recent interview. “And they can’t name my opponent, and some of them don’t even know that Kim Wyman has left.”

So, to get the basics out of the way: The current secretary of state is Steve Hobbs, a Democrat, former state legislator from Snohomish County and a lieutenant colonel in the Washington National Guard.

Last autumn, Gov. Jay Inslee appointed Hobbs to the job after Wyman, Washington’s thrice-elected secretary of state – and the last Republican to be elected statewide – departed for a job in President Joe Biden’s administration working on election security.

The August primary settled an eight-way contest: Hobbs and Anderson are the only candidates on the Nov. 8 election ballot.

With Washington voters deluged by the usual midterm races for U.S. Congress and the Legislature, and by local races such as county commissioners and other ballot measures, it might be easy to gloss over the secretary of state.

But this year’s special election to determine who oversees Washington’s vote-by-mail election system and a menagerie of other official roles – like maintaining state records and corporate and nonprofit registrations – is no ordinary race. After a long string of Republican secretaries of state, it’s the first time a Democrat might win the office since 1960. Hobbs, meanwhile, is the first person of color to lead the office.

On the flipside, voters might send Anderson, an experienced local elections administrator, to be a rare nonpartisan official. The winner will complete the rest of Wyman’s elected term, with an election for a full four-year term in 2024.

The race pits two experienced public servants with different skill sets for a job that over the past six years has increasingly focused on election security.

The race is also a reminder of the GOP’s shutout for the general election after multiple Republican candidates – including Bob Hagglund, state Sen. Keith Wagoner of Sedro Woolley and former Sen. Mark Miloscia of Federal Way – divvied up a combined 39% of the primary vote.

In a time of rising polarization and deepening distrust among many in the Republican Party over elections, voters will now choose between a moderate Democrat and a nonpartisan.

In a Crosscut/Elway Poll conducted last month, Hobbs led Anderson 31% to 29%. The candidates tied for second place in the poll: 40% of those surveyed said they remained undecided. The poll has a margin of error of 5%, so at the time of the poll the outcome appeared way too close to predict.

Pierce County voters first elected Anderson as auditor in 2009, after she had served five years on the Tacoma City Council. County auditors are the local elections officials who administer Washington’s vote-by-mail system on the ground. Their offices can register voters, send out, collect and tabulate mail ballots, and check those ballots to make sure signatures are correct.

Anderson, a 58-year-old Tacoma resident, touts that experience – “conducting elections, preserving records, making them accessible, protecting the Public Records Act” – and her campaign as a nonpartisan.

“The secretary of state should be nonpartisan, and it doesn’t make sense for the umpire at home plate calling balls and strikes to be wearing one of the team jerseys,” she said.

Even though Washington’s elections are considered secure through a variety of safeguards, Anderson said she believes she has an idea to restore faith among skeptical voters. Her conversations with Washingtonians reveal that not so many worry about the counting of votes, but about the sanctity of the state voter rolls.

Anderson talks skeptical voters through that, pointing out that perhaps 3% of people in Washington are undocumented, and the vast majority of those people are trying to stay away from officialdom. “But I don’t dismiss their concerns,” she added.

There should be a better way to get verified documentation of voters into the existing program, she said.

One way would be to drop the additional fee for state residents to get what’s known as the enhanced state ID, like an enhanced driver’s license, which the federal government is gradually mandating. That additional fee – which requires proof of citizenship – might be discouraging people from getting that document, she said.

Anderson also wonders if it would be possible to work with Washington’s congressional delegation to get basic, nonconfidential passport application information on Washingtonians that the state Department of Licensing could use to verify citizenship and upgrade residents to an enhanced status. That information could be stripped of any identifying info, she said, and used only to confirm a potential voter’s identity.

“That would be a way of seamlessly catching up with where I think we should be with enhanced driver’s licenses,” she said.

She also contends that the secretary of state must communicate more with county auditors than Hobbs has in his tenure.

Anderson has raised less than half as many campaign dollars as Hobbs, about $300,000, according to the Public Disclosure Commission. But she has drawn an eclectic range of supporters. More than two dozen of Anderson’s fellow county auditors are backing her, including Spokane County Auditor Vicki Dalton, Clark County Auditor Greg Kimsey and former Snohomish County Auditor Carolyn Weikel. She also has the support of progressive Democratic politicians from Pierce County, including women of color like state Sens. Yasmin Trudeau and T’wina Nobles and Tacoma Mayor Victoria Woodards.

Anderson might be unlikely as a nonpartisan candidate, but Hobbs is just as rare: a moderate Democrat and experienced legislator who has knocked heads with his own party.

First elected in 2006 to Snohomish County’s 44th Legislative District, Hobbs spent much of his political career in what was a rare swing district that simultaneously sent both Republicans and Democrats to Olympia.

Between 2018 and his secretary of state appointment last autumn, Hobbs chaired the Senate Transportation Committee, dealing with high-level negotiations over massive spending blueprints. He became noted for his opposition to the clean-fuels standards favored by Inslee and others in the Democratic caucus.

As secretary of state, Hobbs wants to create satellite offices – perhaps in Spokane and another in Western Washington – that would allow people to more easily file registrations for corporations and nonprofits. Hobbs – like Anderson – also wants to improve the digitization of official state records, which include old land transactions, marriage records and other documents.

And Hobbs has made countering election disinformation and misinformation a centerpiece of his work so far: “It’s about protecting democracy.”

The Democrat touts his long career in the Washington National Guard, which has included service in Iraq and Kosovo. During the pandemic, Hobbs helped lead 750 National Guard personnel who delivered supplies to food banks and shuttled ventilators and medical beds to where they were needed.

But it’s not just about his experience making large organizations function. In Hobbs’ view, the office changed since Russian hackers in 2016 scanned the state’s election systems searching for weak spots. In response, Wyman worked to strengthen the elections system and brought in National Guard cybersecurity experts to help. That work continues.

Hobbs didn’t have election experience before his appointment, although he has now overseen April’s special elections and the state’s August primary. In any case, he contends the job is about more than just election knowledge – different skill sets are needed.

He talks about the office’s role in certifying elections, conducting training, writing administrative laws and dealing with election disinformation and cybersecurity.

“She does a great job as a county auditor … the problem is, this is completely different,” Hobbs said. “This office has completely changed.”

Hobbs has the backing of the bulk of his party: Inslee, former Gov. Gary Locke, U.S. Sen. Maria Cantwell, Attorney General Bob Ferguson, Senate Majority Leader Andy Billig, D-Spokane. He has the support of state Auditor Pat McCarthy, a Democrat who was formerly elected as both Pierce County Executive and Auditor.

And Hobbs even has the support of a handful of county auditors, like Thurston County Auditor Mary Hall and Mason County Auditor, and of a former Oregon deputy secretary of state, Paddy McGuire.

Hobbs has pulled in $640,000 in contributions, according to the Public Disclosure Commission, with the state Democratic Party putting in at least $125,000.

Even with party support and a campaign war chest, Hobbs, like Anderson, acknowledges that it can be difficult to break through to voters on this one.

“Whenever these races come up, people go, ‘Oh, we elect a secretary of state? I didn’t know that,’” Hobbs said. “But with Jan. 6 … with the focus on election security and the threats to our democracy, the secretary of state office has definitely elevated quite a bit.”