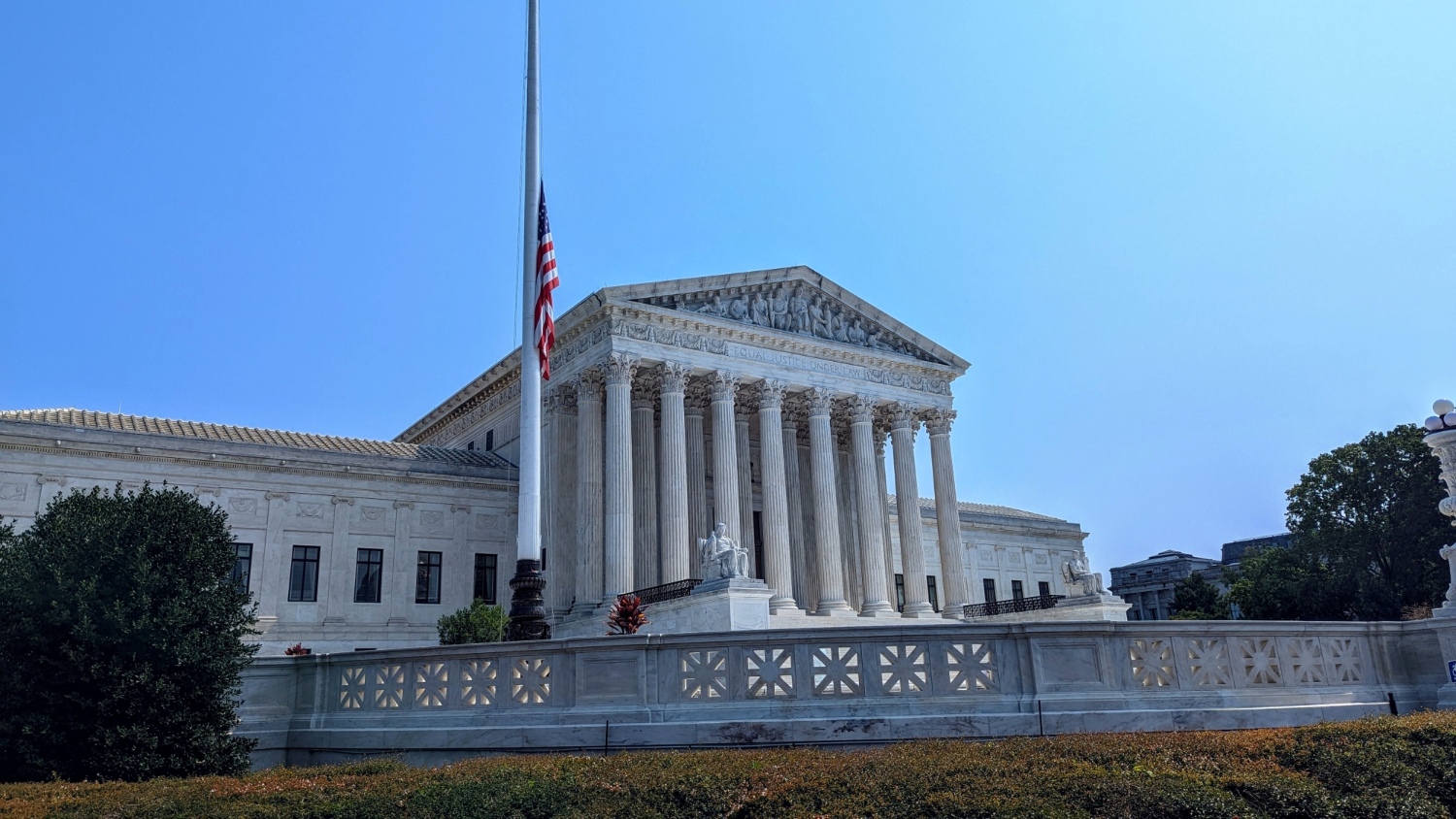 By Jacob FischlerOctober 4, 2022No Comments

The U.S. Supreme Court opened its term Monday with an Idaho case that could significantly restrict the federal government’s power to enforce clean water laws and prove crucial in determining wetland protections.

The clean water case, brought by an Idaho couple seeking to build a house on a plot of land they bought near Priest Lake in the state’s panhandle, provides an opportunity for the court to rein in what types of waters are subject to a provision of the Clean Water Act known as “Waters of the United States.”

The property of Michael and Chantell Sackett is across a road from wetlands that eventually drain into Priest Lake. The Environmental Protection Agency has required the couple to obtain federal permits before they build, but the couple has argued that because their property doesn’t contain any waters itself, it shouldn’t be subject to Clean Water Act requirements.

Justice Brett Kavanaugh noted that the case was about much more than one couple’s building permits.

“Let’s put aside the facts of this case, because this case is going to be important for wetlands throughout the country,” he told the Sacketts’ attorney, Damien Schiff of the conservative Pacific Legal Foundation.

The law doesn’t define what is considered a water of the United States subject to federal regulation, and land that is situated near and drains into a covered waterway can also be subject to regulation, which is what the EPA has argued in the Sacketts’ case.

The case is about how broad that definition can be. Monday’s arguments indicated the status quo may be too broad for the court’s conservative majority to accept.

Justice Neil Gorsuch pushed U.S. Justice Department attorney Brian Fletcher, to define the distance from a waterway that land would be subject to regulation. Fletcher could not offer a distinct answer, prompting Gorsuch to wonder how property owners or potential property owners could be expected to determine what their responsibilities are under the law.

“If the federal government doesn’t know, how is the person subject to criminal time in federal prison supposed to know?” he said.

Taking part in her first oral argument as a member of the court, Justice Ketanji Brown Jackson asked what the process was for determining if a particular property was covered.

Property owners can receive, at no cost to them, an analysis from federal agencies about whether they need to seek permits, Fletcher said.

Further, property rights are not restricted by federal permitting requirements, he said.

Another piece of the Sacketts’ argument was that their land was not in fact adjacent to a covered water because a road separated their property from the water.

Several justices, both liberal and conservative, appeared skeptical of that argument.

Jackson responded to Schiff’s argument that Congress differentiated between land abutting covered waters and land nearby by noting that the Clean Water Act’s purpose was to preserve water quality.

“Why would Congress draw the coverage line between abutting wetlands and neighboring wetlands when the objective of the statute is to ensure the chemical, physical and biological integrity of the nation’s water?” she said. “Are you saying that neighboring wetlands can’t impact the quality of navigable waters?”

The EPA and the Army Corps of Engineers have long accepted that nearby land can affect waters that are covered by the Clean Water Act. That’s still true if there’s a human-made construction like a berm or a road, Fletcher said.

“For 45 years, the EPA and the Army Corps has recognized that the presence of such a barrier does not categorically strip a wetland of the act’s protections,” he said.

Even some of the court’s conservative justices seemed skeptical of the Sacketts’ argument that their land was not adjacent to covered water.

Chief Justice John Roberts made an analogy with a train station and train tracks. A station does not physically touch the tracks, but is considered to be adjacent to them.

Executive agencies, under presidents of both parties, have long held that neighboring—not only abutting—lands were covered, Kavanaugh told Schiff.

“Why did seven straight administrations not agree with you?” he asked.

But even if a majority of justices are unpersuaded by the Sacketts’ adjacency argument, the conservatives might not miss an opportunity to narrow regulatory authority of the Clean Water Act.

“The composition of this court is likely to go in a narrower way,” Melissa Reynolds, an attorney with Holland & Hart’s water law office, said in a Monday interview. “It’s not expanding jurisdiction and hindering private property owners moving forward—it’s kind of the opposite direction.”

In June, in one of the final decisions of its previous term, the court held that the EPA could not use the Clean Air Act to regulate greenhouse gas emissions on an industry-wide scale, dealing a blow to federal efforts to address climate change.

Under the past three presidential administrations, the working definitions of waters of the United States have shifted.

But in general, the federal government has been working under a “significant nexus” standard holding that anything with a meaningful intersection with covered waters is subject to Clean Water Act regulation.

The court’s conservatives, though, indicated they may like to narrow that standard.

“I imagine that most of the water flow and rainfall and snowfall in quite a large geographic area drains into the lake eventually,” Gorsuch said. “How does any reasonable person know—within maybe 100 square miles in a watershed that drains into a body of water that is a water of the United States—whether their land is adjacent?”

The Biden administration is working on a new rule to further define waters of the United States. That rule is being reviewed by the Office of Management and Budget, Fletcher said. That step usually one of the last before a rule becomes final.

A final rule is likely before the end of the year, Fletcher said, which would likely be before a decision from the court.