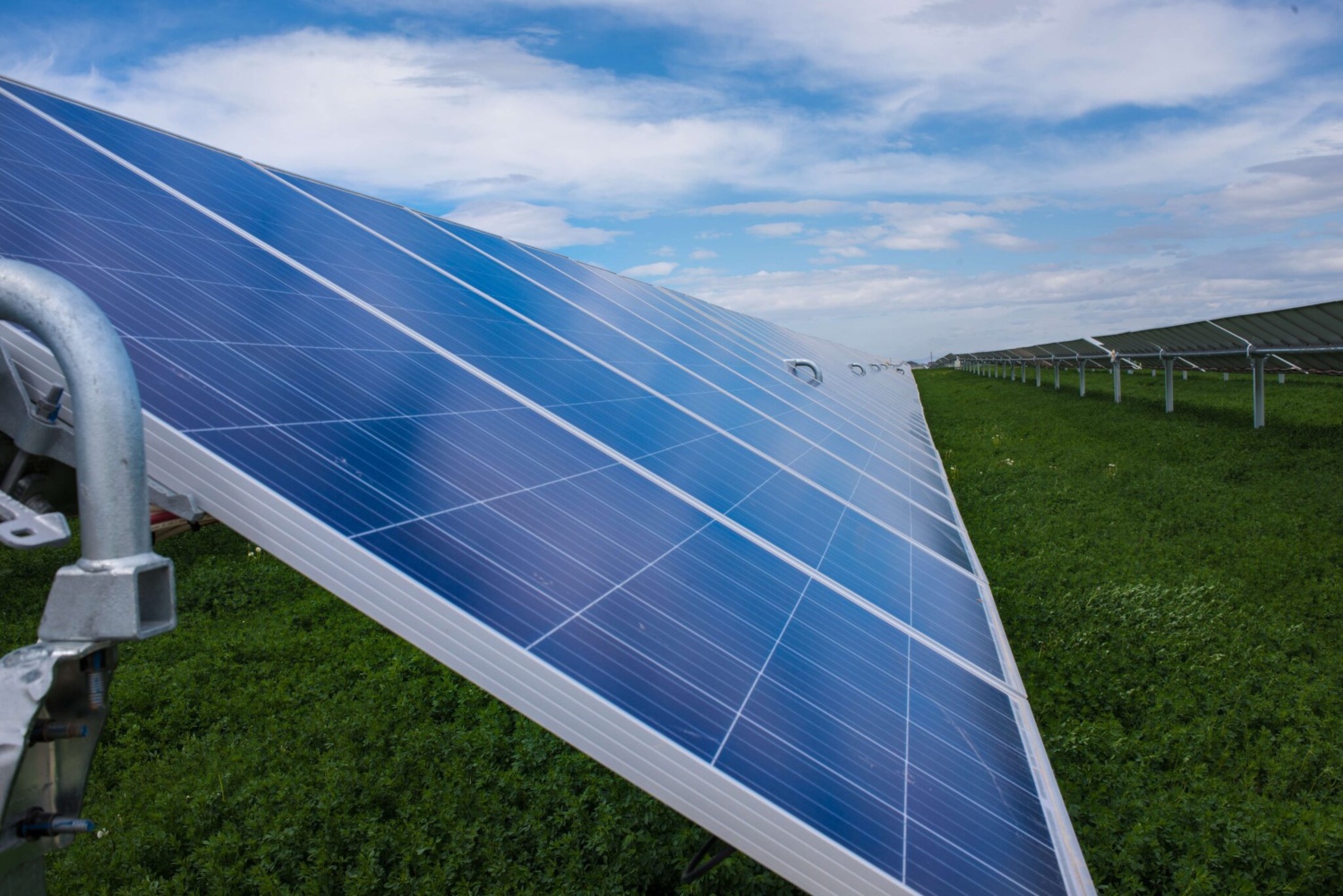 By Kelcie MoseleyAugust 31, 2022No Comments

Almost all utilities across the United States and the rest of the world operate their energy infrastructure on a real-time basis — meaning people are monitoring an energy grid at all times to respond to weather events and customer demand.

That on-demand status makes it difficult to switch to renewable energy sources after the sun goes down or the wind stops blowing.

“It’s the biggest misunderstanding in our business and with our customers, is people think we store energy, and we don’t,” said Adam Richins, chief operating officer of Idaho Power. “Less than 5%, maybe less than 2% is stored using lithium-ion batteries. Otherwise, it is absolutely all real time.”

But now that the federal Inflation Reduction Act is law, that could change for Idaho’s largest utility provider. The existing tax credit for building and using battery storage systems will not only increase from 26% to 30% and remain at 30% until 2034, but the eligibility will expand to allow for general electrical grid use, not just batteries tied to wind and solar farms.

It’s one of many pieces of the $770 billion bill that passed the U.S. House of Representatives and Senate on party-line votes. Reps. Mike Simpson and Russ Fulcher, R-Idaho, and Sens. Mike Crapo and Jim Risch, R-Idaho, all voted no.

Much of the bill is related to renewable energy and efforts to reduce emissions, with other provisions related to health care and prescription costs.

With more battery storage capacity, Idaho Power will be able to fill its batteries throughout the day with any source of energy that’s available, Richins said, and free up the potential to switch to the batteries overnight when the air is cool and consumer demand for energy is lower.

Idaho Power announced in early May that it would install 120 megawatts of battery storage near Melba that will become active by June 2023, the first of the company’s battery projects. Since the tax credit is retroactive to Jan. 1 of this year, the project will qualify for the credit.

According to a press release from Idaho Power, 40 megawatts can power more than 13,000 average homes for four hours during peak use times, and the batteries can be recharged in about four hours.

Idaho Power is working toward a goal of providing 100% clean energy to its 600,000 customers by 2045, which will require adding nearly 1,700 megawatts of battery storage and more than 2,100 megawatts of solar and wind capacity by 2040.

The tax credits will also allow Idaho Power to keep the cost of building the infrastructure low so that rates don’t rise considerably for customers, Richins said, while providing clean and reliable energy.

“We believe it’s achievable to do all three, and that’s what we’re working toward, but we will never sacrifice the affordability and the reliability to get there,” Richins said.

James Wagoner, the owner of a Boise business called Joule Case, said his company will benefit from the change as well. Founded in 2015, engineers Wagoner and Alex Livingston designed and manufactured a portable battery system to replace diesel generators with a clean alternative energy source. Various sizes of Joule Case can power something like a small campsite, a food truck or a tiny home, and in late 2021, the batteries powered nearly all of the operations of Treefort, including its three outdoor stages. And at the end of this year, on New Year’s Eve, the Idaho Potato Drop in Boise may be powered by a Joule Case system, Wagoner said.

Since the credit applies to commercial battery systems above 5 kilowatt hours, Wagoner said many of the company’s customers will benefit, and he hopes it will galvanize other business owners to replace their diesel generators and use Joule Case for solar and wind operations.

“(Diesel generators are) very dirty, and they are a lot more prevalent in your life than you realize,” Wagoner said. “There should be no reason to have generators anymore. … We need everyone to do everything they can to reduce the amount of carbon that’s being emitted right now.”

Ryan McGoldrick, program manager for Conservation Voters for Idaho, worked with partner organizations across the country on a climate-related bill since President Joe Biden took office in January 2021. Although it started out as the much larger Build Back Better Act, with many more climate-related actions and a lot more funding, McGoldrick said the Inflation Reduction Act still represents a lot of progress.

“It’s not as good as the Build Back Better Act, but it cuts 10 times more emissions than any bill in U.S. history, and it’s the most significant climate legislation in world history,” McGoldrick said.

McGoldrick said the bill is expected to help reduce fossil fuel emissions in the U.S. by nearly 40% by 2030, which he said will put the country in reach of its 50% reduction goal in combination with other federal, state and local actions along the way. Under the Paris Agreement, a framework of climate action goals that 200 countries around the world have signed, the U.S. has pledged to reach net-zero carbon emissions by 2050 in an effort to keep worldwide temperatures from rising more than 2 degrees Celsius and potentially avert some of the most catastrophic effects of climate change.

McGoldrick said the tax incentives at the consumer level will be a significant benefit.

“The biggest barrier with a lot of the transition to clean energy is that it saves money in the long term, but that upfront cost can be difficult,” McGoldrick said. “If you, right now, switch to an electric vehicle, you’d be saving a significant amount of money, but the barrier is the cost of that electric vehicle. If we’re giving (consumers) a tax credit, more people are able to buy them, which drops the price.”

The bill includes tax credits of $7,500 for new electric vehicles and $4,000 for used, although there is a caveat that final assembly of the vehicle must be in the United States. That has knocked many electric vehicles currently on the market out of eligibility for the time being. McGoldrick said that’s a short-term challenge.

More immediate opportunities may come in the form of residential energy upgrades. According to information from the White House, low- to moderate-income Idahoans will be eligible for several tax incentives related to energy, including rebates that cover 50% to 100% of the cost to install new electric appliances such as heat pumps, water heaters, dryers, stoves and ovens. Rebates will also be available for households to make efficiency-related repairs and improvements to single and multi-family homes.

Tax credits will also be available to cover 30% of the cost to install residential solar panels and battery storage systems with no income limits, along with the costs of reducing energy leakage and upgrading heating and cooling equipment. The White House estimates 50,000 Idaho households will install solar rooftop panels with the new credits.

McGoldrick said Conservation Voters for Idaho’s next task is to reach out to communities across Idaho to let them know these opportunities exist and how city governments, businesses and residents can take advantage of them. While most reactions have been positive so far, he said, he hopes it doesn’t become a point of political contention.

“In Idaho, clean energy is popular among all ideologies, and there’s no reason for this to be a partisan issue,” McGoldrick said. “It makes sense for small, rural communities, and the money is going to be spent somewhere. It might as well be in Idaho communities.”

FEATURED IMAGE: Idaho Power is working toward a goal of providing 100% clean energy by 2045, which will require adding more than 2,100 megawatts of solar and wind capacity by 2040. Chief Operating Officer Adam Richins said new tax credits in the federal Inflation Reduction Act will help the company achieve that goal while keeping costs affordable for customers. (Courtesy of Idaho Power)