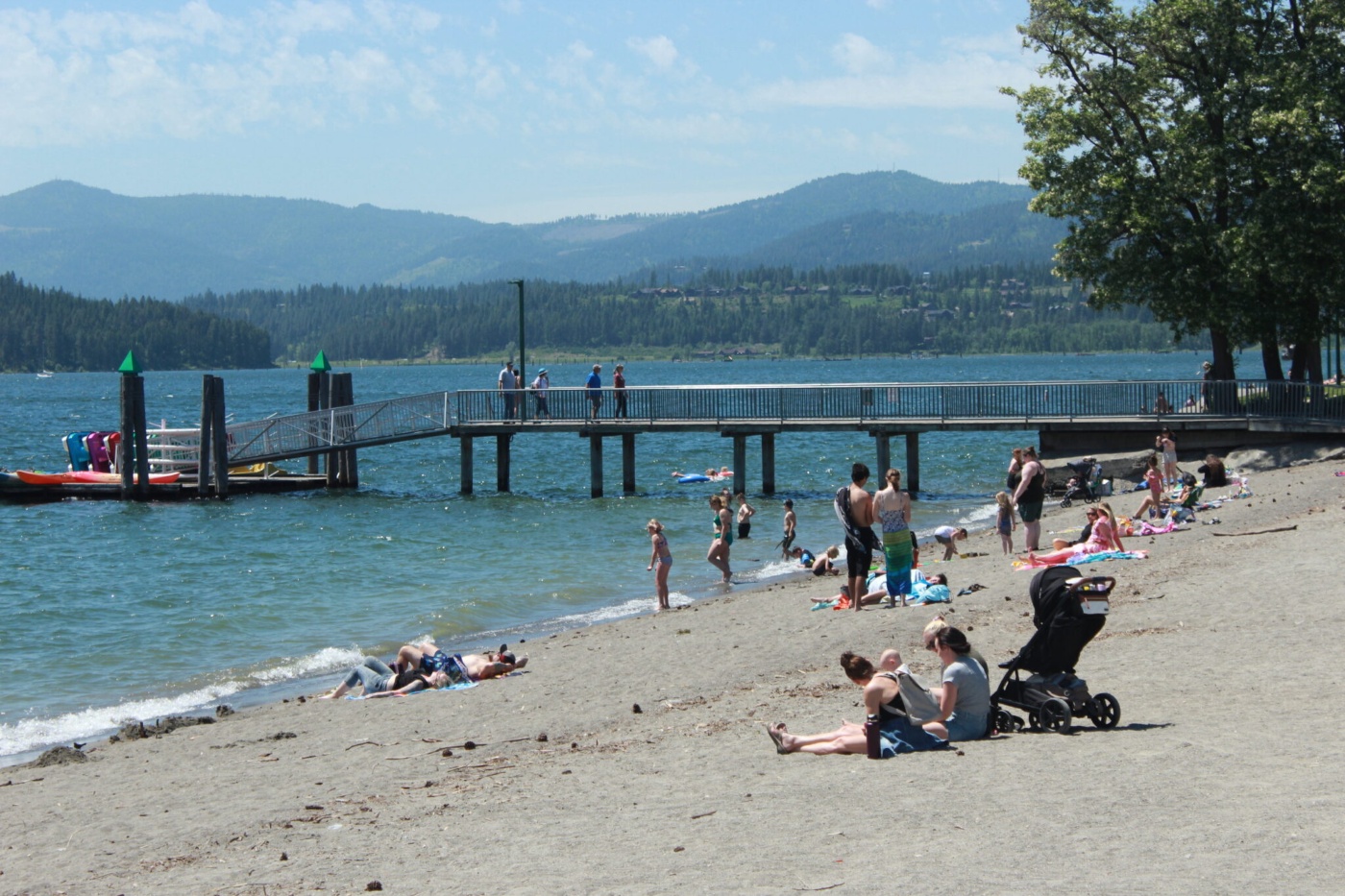 Along with high water usage per capita, growth is causing groundwater tables to diminish statewide

As more people migrate to Idaho, counties like Ada and Kootenai are seeing the effects of the rising population on the areas’ already diminishing water sources. Whether water is coming from groundwater sources like aquifers or surface water sources like rivers and reservoirs, local officials say Idaho’s water is being used faster than it can be replenished.

In 2015, Idaho had the highest water usage per person in the nation with an average of 184 gallons of water being used a day, according to a report from the U.S. Geological Survey. While 1.6% of Idaho’s water withdrawals were used for public supply and domestic water, meaning water used in and out of a home, as well as any water withdrawn for the public water system, nearly all of Idaho’s water is used for agricultural irrigation.

Of the water being used for domestic and public supply in 2015, 89% was pulled from groundwater sources. Springs, wells and aquifers are what fuels the water supply in Idaho’s homes. However, more homes are being built in Idaho as the population booms in areas like the Treasure Valley and around Coeur d’Alene Lake.

All three counties are experiencing a shortage of water, even in Teton County where there are 27 people per square mile, compared to Ada’s 447 and Kootenai’s 131 people per square mile. According to the Teton Water Users Association’s website, less snowpack, higher demand and irrigation are the top reasons for the continuing decline of Idaho’s aquifers.

All three counties are facing water accessibility issues, whether that be wells going dry because the water table has diminished or water rights being passed to private owners.

Stan Ridgeway, former mayor of Eagle, said people in his subdivision are having to pay tens of thousands to drill new wells because theirs had dried up.

“My neighbor here, who had their well drilled last year, told me that the estimate to have that well drilled was $20,000,” Ridgeway said. “I don’t know if they spent that much for it but, with supply and demand and all of the building and things that are going on, it was just outrageous.”

A neighborhood in southwest Boise has pushed for local officials to stop developing land historically used for agriculture as a way to help prevent the more shallow wells from drying up, according to reporting from CBS 2 IdahoNews. Data from the Department of Water Resources shows the water levels in the aquifer system in southwest Boise drop about a foot every year.

Other solutions include using deeper community wells instead of a private well for each individual property, or paying the tens of thousands of dollars it would take to either drill a deeper well or hook up to city water.

Kootenai County Commissioner Chris Fillios said wells in an area of his community south of Coeur d’Alene, called Cougar Gulch, have been drying up, too. In response to dry wells and the approval of a small subdivision nearby after public opposition, the representatives of the Cougar Gulch subdivision are trying to raise the minimum lot size from two acres to five acres.

This could accomplish a couple of goals, according to Fillios. One solution could be one individual owning more land and water rights, and another solution could be limiting the population of new neighborhoods without significantly impacting and decreasing growth, he said.

Fillios said he has two wells on his 10-acre property: a private well and a community well that supplies water for up to seven other lots.

He said for a developer to receive a building permit for the Cougar Gulch area, the Kootenai County Land Use and Development Code requires the developer to prove the well can run five gallons of water per minute for four consecutive hours.

“The situation in Kootenai County has quite a bit to do with whether or not a particular property or area is over the aquifer,” Fillios said. “If properties are over the aquifer, which extends into Washington, usually those wells, and especially since many are situated on five acre minimum lot sizes, are generally OK. When you get outside of that sphere, it’s a different situation.”

Conserving water could mean getting rid of grass lawns

Idahoans may need to begin looking at other measures to take to protect the water supply.

For example, many homeowners associations have requirements to keep neighborhoods aesthetically similar, and grass lawns are part of that, but keeping that fresh, green look means wasted water, according to Ridgeway.

He said that when agricultural land is turned into new subdivisions, the water rights purchased along with that land are used to install ponds that feed the neighborhoods’ sprinkler systems.

“They’re all required to put in sprinklers to water their lawn, and they get the water from those ponds,” Ridgeway said. “But 10 years ago, before that subdivision was built, it was a farmer’s field. All of the irrigation that went in there was flood irrigation, and it eventually went back into the aquifer. With sprinklers, it never makes it back to the aquifer because it’s just putting (out) enough water to water your lawn and your trees.”

Miranda Gold, a former Eagle City Council member, agreed with Ridgeway, saying she believed the amount of water being used for landscaping was having an impact on the area’s water security. Ridgeway said many people in Eagle, if they are able to, are switching out their grass for species that are native to the arid high desert habitat in the Treasure Valley. The switch, often called xeriscaping, allows for customized landscaping without requiring so much water.

In 2008, the city of Moscow established its Wisescape Concepts program to encourage water conservation through landscaping specifically for the Palouse. Latah County also relies on aquifers to support its growing population, but they aren’t recharging swiftly enough, according to Moscow Public Works and Services.

The concepts used in xeriscaping still allow for an aesthetically pleasing environment, but it also helps to create biodiversity, save on water, reduce someone’s carbon footprint and saves time on yard maintenance, according to the city of Moscow’s website.

“We like to use a lot of water here,” Gold said. “Especially in areas like Star and Eagle that are growing quite a lot. They want low density housing and big lawns and lots of nice landscaping and things like that. That takes a lot of water because that’s not our area’s natural landscape.”

FEATURED IMAGE:  Tourists and locals alike enjoy a beach along the shores of Coeur d’Alene Lake near the resort in Kootenai County. (Anteia Elswick/Idaho Capital Sun)