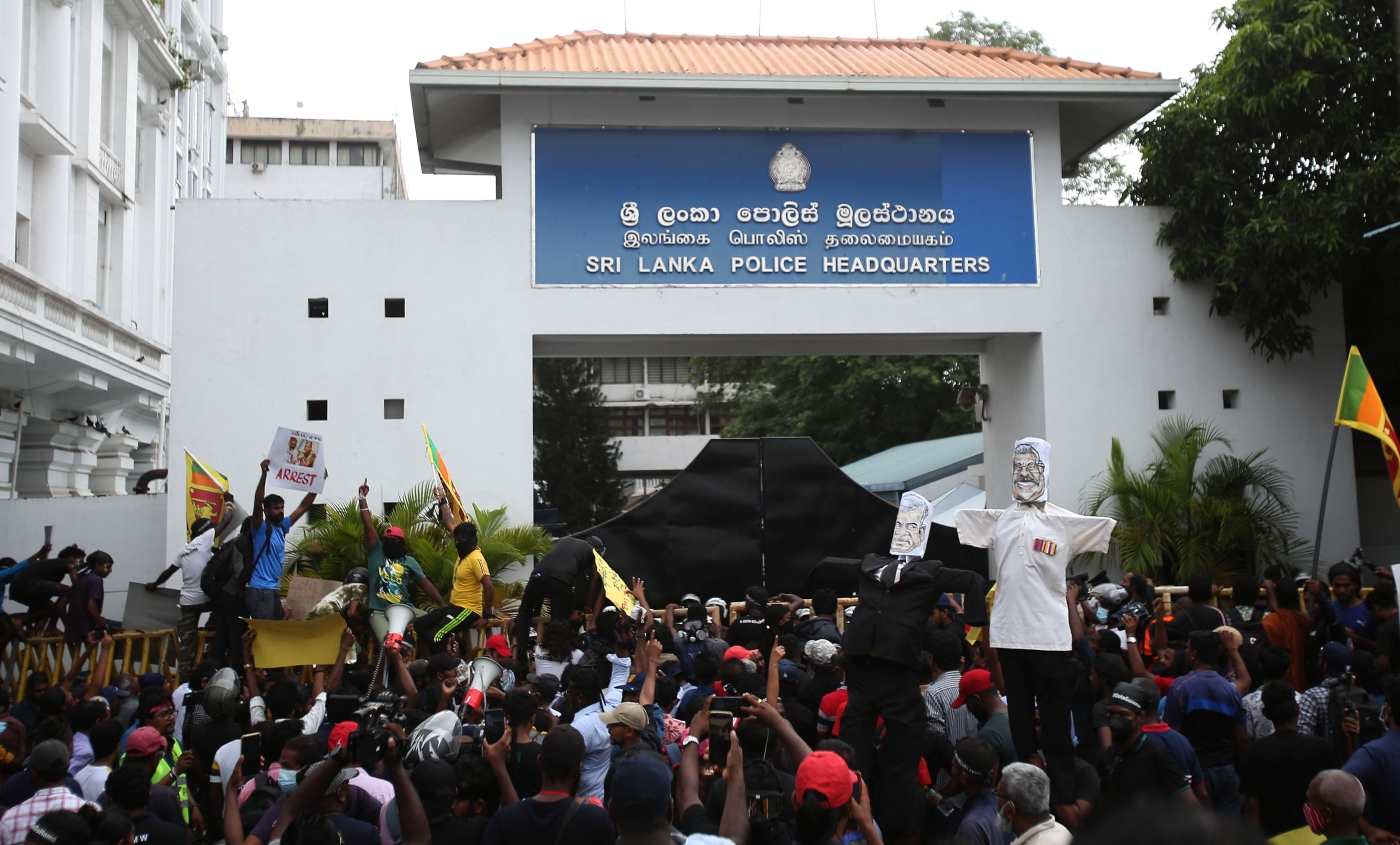 Sivani Kumaran helplessly watched relatives leave Sri Lanka. They fled the island nation south of India for a number of reasons, including a 25-year-long civil war that ended in 2009. Then, seven years ago, Kumaran finally got her chance. She, her husband and their two children got visas from the so-called green card lottery program and moved to Seattle.

“We grew up with the war in Sri Lanka,” Kumaran recalled. “We faced so many struggles. We had no power, fuel [or] enough food those days.”

And now Kumaran and other Sri Lankans living in the Seattle area are watching with dismay as their homeland suffers through its worst crisis since the civil war — an economic collapse that’s once again compelling many residents to leave the country.

Sri Lanka, about a third the size of Washington state, is separated from India by the Gulf of Mannar and has a population of about 22 million. There are daily protests against President Gotabaya Rajapaksa’s government, which is criticized for mismanagement of the economy, severe inflation, electricity outages of up to 10 hours a day, and shortages of fuel, medicines, and other essential items.

Protesters at one mass gathering in April in front of the Presidential Secretariat Office in the capital Colombo demanded the end to corrupt activities by politicians and the resignation of Rajapaksa and his family members in the government. The demonstration in the public park evolved into a protest village called GotaGoGama. It functions as a diverse community with a medical center, a media center, legal advisers, outdoor kitchens, film screenings and a library.

“All the Sri Lankans fight as one nation (during) the economic crisis,” Kumaran said. “In that view, it’s a very happy moment.” By contrast, during the war, Sri Lanka was divided, and the people belonging to the Tamil community suffered especially.

“In Seattle, when we see any Sri Lankan, we are very happy. This is a multicultural community that respects diversity,” Kumaran added.

Meanwhile, Sri Lanka’s news outlets report long lines at the passport office and the Department of Immigration and Emigration.

“We have seen a sudden growth of Sri Lankans’ migrations to the Seattle area as well,” said Sathya Mallawaarachchi, who won the green card lottery about 19 years ago and works at Boeing, along with his wife.

Mallawaarachchi helps maintain a Facebook group for Sri Lankans who live in Washington to promote cultural and business events involving the Sri Lankan community. “I noticed we had to add many new Sri Lankans to the group who settled down in the area in recent years,” he said. “It seems there are a lot of tech-based employment opportunities that have also grown up in major companies in Seattle in recent years.”

Roshan Liyanage, a scientist with interests in vaccine development, manufacturing and gene therapy, also said most of his fellow Sri Lankans in Seattle have jobs in technology at companies such as Microsoft, Amazon and Boeing. “It is the reason for the growth of the Sri Lankan population here,” Liyanage said.

The Institute for Health Policy in Sri Lanka, an independent nonprofit research institute, released a report at the end of 2021 about increasing numbers of Sri Lankans who want to migrate, especially youth and disenchanted government voters.

In 2022, between Jan. 1 and April 8 over 100,000 Sri Lankans departed the country for foreign employment opportunities, the Association of Licensed Foreign Employment Agencies reported. Meanwhile, the Sri Lanka navy has reported the apprehension of hundreds of people trying to illegally emigrate by sea since May.

“Sometimes it’s too hurtful to watch the news about our country,” said Saddhamgama Seelalankara Thera of the Sarana International Buddhist Center, who arrived in 2017. The center serves as a hub for Seattle’s Sri Lankan community.

“We have discussed with Sri Lanka’s authorities as we need to send some medicines to Sri Lanka,” Seelalankara Thera said. “It’s almost one month we are looking for a transparent system to do that.”

Due to the current situation in the country, many people are reluctant to send money, preferring instead to send goods directly to Sri Lanka.

“Many Sri Lankans are trying to leave the country now,” Greshan Fernando, a Sri Lankan engineer who came here 25 years ago and works at Boeing. “Some of my relatives and friends are also trying to come to the USA. I don’t discourage them. But everyone cannot do it.” Fernando sees the crisis as a golden opportunity to expand technology employment in Sri Lanka. “We have to start manufacturing things in Sri Lanka. If so, Sri Lanka also grows economically,” he added.

Shanika Weerasundara, a technology lawyer who has lived in Seattle for a number of years, was in a hurry to visit Sri Lanka. She wanted to talk with her colleagues who live in Sri Lanka with the hope of creating a platform to access public data and make Sri Lanka’s government more transparent.

“We have to find long-term solutions with short-term solutions,” Weerasundara said. “The protests are also required because, otherwise, the politicians don’t open their mouths. But, without changing the political system in Sri Lanka there is nothing that would be successful.”

FEATURED IMAGE: Sri Lanka, about a third the size of Washington state, is suffering through its worst crisis since the civil war. (Pradeep Dambarage)