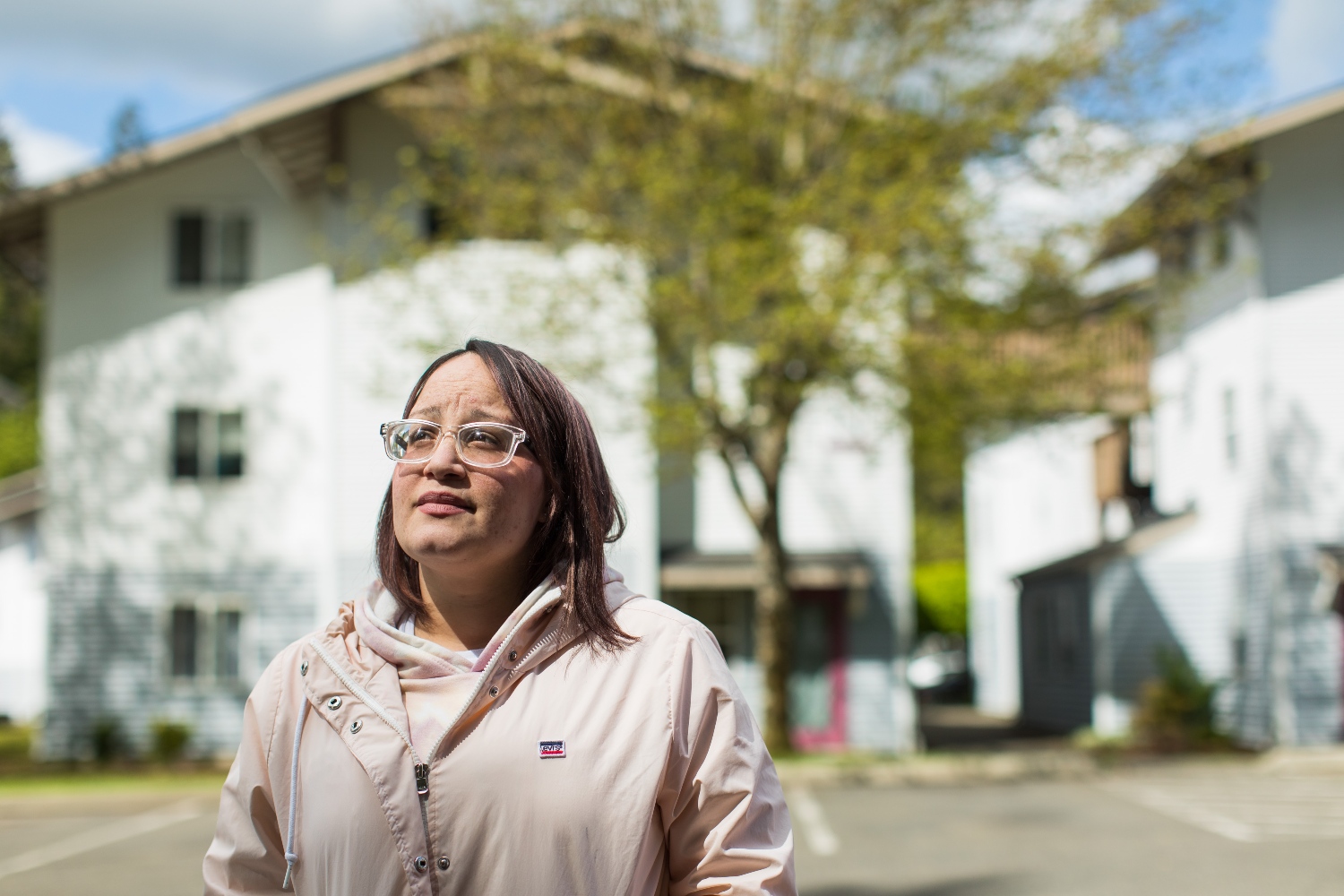 More Washington renters are being overcharged for damages, advocates say, and there’s little tenants can do about it

By Wilson CriscioneMay 24, 2022No Comments

Home » Government » More Washington renters are being overcharged for damages, advocates say, and there’s little tenants can do about it

As a single mother of four kids, losing their apartment was hard enough for Natasha Pabon. But then came another brutal blow: $3,500 in charges from the property manager for damages and other fees.

It was a cost that 35-year-old Pabon — evicted over a conflict her daughter had with a neighbor — could not afford. Not only was she having to forfeit her $1,155 security deposit, but the property manager at Fern Ridge apartments in Olympia was charging her for things she didn’t think she should have to cover, like replacing blinds and painting cabinets. She was particularly upset that they charged $300 for “general cleaning” even though Pabon, who works as a cleaner, knew the place was spotless. They also charged her nearly $900 for “attorney fees,” according to documents Pabon provided to InvestigateWest, despite nothing having been filed in court. (Fern Ridge did not return a message seeking comment for this article.)

But Pabon has few options to prove that these fees are unreasonable. Housing providers and landlords argue the current system in Washington largely works as intended, allowing disputes to be resolved in small claims courts.

That route would require Pabon to make time to file a complaint and be able to attend a hearing. Then, she must argue convincingly — likely for the first time — against a landlord or housing company.

“It’s just ridiculous how this all just transpired,” Pabon says. “They want to evict you and then they want to put you in an even worse situation.”

Tenant advocates argue that Washington’s law doesn’t adequately protect tenants from being billed with unreasonable damage charges that can saddle tenants in debt and stymie their effort to find a new place to live. They tried in the last legislative session to change state law to better clarify what landlords can charge for, but were unsuccessful.

But they say there’s urgency to protect renters from unreasonable damage charges particularly now amid a perfect storm of low vacancy rates and rising evictions following a two-year moratorium.

Terri Anderson, statewide policy director for the Tenants Union of Washington, says it’s “one of our most common calls to our tenant hotline.” And Scott Crain, an attorney with nonprofit Northwest Justice Project, which provides free legal assistance to tenants, says they hear from renters dealing with what they feel are unreasonable damage charges “all the time.”

“People really don’t get their deposit back these days,” Crain says. “It’s a real, problematic statewide issue for renters.”

Once tenants move out, housing providers in Washington have 21 days to return the deposit. If they are withholding part of it or asking to recover damage costs exceeding the deposit amount, they must provide a “full and specific” statement explaining why, per the state’s Residential Landlord-Tenant Act. They cannot charge tenants for “normal wear and tear resulting from ordinary use of the premises.”

But the “normal wear and tear” standard isn’t explicitly defined in state law. That can create confusion between landlords and renters, says Sarah Nagy, a staff attorney at Columbia Legal Services.

Do scuffs on the carpet meet that definition? What about dirty drip pans, or light bulbs that have gone out?

The lack of clarity in Washington, Nagy argues, opens the door for bad actors to take advantage of low-income tenants.

“It’s completely up to any given landlord to determine themselves what’s the legitimate claim for damage,” Nagy says. “And you have to go to a third-party adjudicator like a small claims court to get any clarity on that.”

Going to small claims court, however, is a time-consuming barrier for many renters. Even though attorneys aren’t allowed in small claims court, renters can feel outgunned if going up against a landlord or property management company in front of a judge.

Crain, with Northwest Justice Project, says he has a hard time advising renters to take unreasonable charges to court because “everyone has a different definition” of wear and tear.

“You can’t predict what happens when you go to court, which is one of the failures of the law,” Crain says. “You want predictability.”

But if the tenant is unable to pay, the other option isn’t much better. If the housing provider sends the damage costs to collections, it can severely hamper a renter’s ability to find new housing, since it would appear on any routine credit check.

Of course, some renters do successfully fight questionable charges in court. Still, the experience can weigh heavily on them.

Robert Elon Mix, a 70-year-old Vietnam veteran and a diabetic, was living homeless when a $5,000 bill for damages to the apartment he was evicted from was sent to a collections agency. The apartment complex he had lived in had changed ownership and wouldn’t allow Mix to pay rent in two separate checks, based on when he received his Social Security and Veterans Affairs benefits.

“Not a day went by when I didn’t get some type of crap from these people,” Mix says.

Mix contacted Crain, with Northwest Justice Project, who helped him win a case that saw the damage charges be reduced to zero after arguing the company discriminated against Mix based on his disability.

But losing his housing, being harassed by collections and battling in court brought back Mix’s depression and Post Traumatic Stress Disorder, which he’d long battled since the war.

“And it hasn’t gotten any better,” he says.

Mix was one of several people who testified in favor of state House Bill 1300, introduced in 2021 by state Rep. My-Linh Thai, D-Bellevue, aimed at preventing landlords from charging unreasonable damages.

The bill clarified “normal wear and tear” as any damages due to aging or deterioration caused by simply living and specified that deposits generally cannot be withheld for things like carpet cleaning, or replacing lighting fixtures, equipment, appliances and furnishings if their condition had not been documented at the start of tenancy. It also calls for landlords to provide receipts of any work they are charging tenants for.

“The effect would be to clarify what a landlord can charge for before the parties are forced to take on the time and expense of small claims court,” Nagy says.

But HB 1300 has gone nowhere in each of the last two legislative sessions. Initially, housing providers strongly objected to other aspects of the bill that they thought were impractical, such as a provision requiring a walk-through assessing damages shortly before the move-out date because furniture or wall hangings present during an inspection could hide damage.

“Rep. Thai’s proposal presents logistical challenges and ultimately creates the potential for a contentious parting of ways between landlord and tenant when there otherwise is a good relationship,” said Cory Brewer, vice president of residential operations for Windermere Property Management, who testified against the bill.

Pabon, the mother in Olympia, found a new home under the condition that she pay a higher security deposit because of the damage charges from her previous tenancy.

But all of that, combined with the fees just to fill out applications for a new apartment, completely drained her savings.

“It just means you have nothing at the end of this,” Pabon says.

So now, she’s already trying to build up her savings for the next time she moves.

FEATURED IMAGE: After being evicted, Natasha Pabon, 35, of Olympia, faced a second blow: $3,500 in charges from the property manager for damages and other fees. (Dan Delong/InvestigateWest)