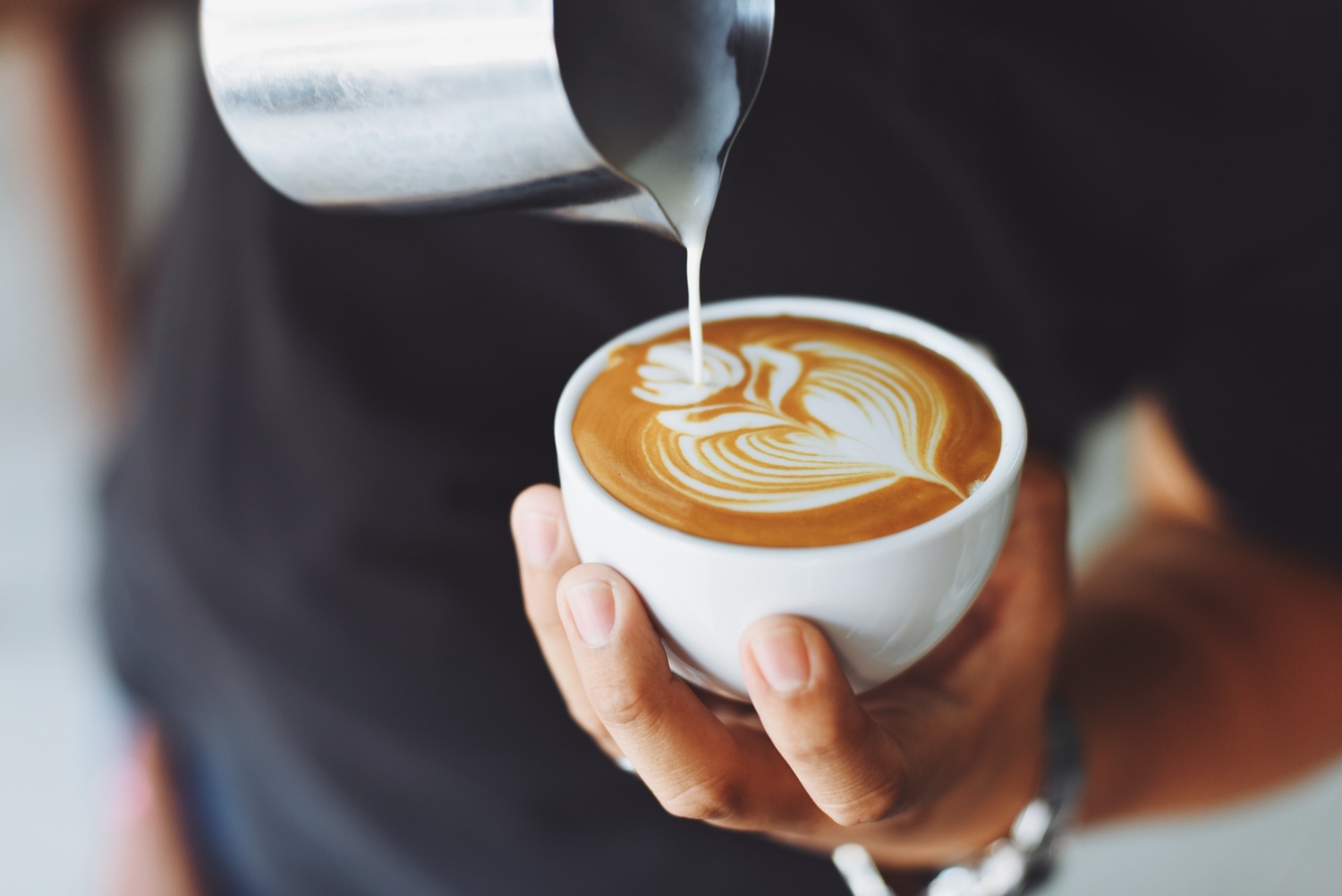 Though most pandemic restrictions in Oregon are gone, several dozen businesses cited by state safety officials for violating Covid mandates still owe hundreds of thousands of dollars in fines to the state.

A majority of the companies, most of them fined a few hundred dollars, have paid.

But nearly 40 companies, including some that were cited more than once, that were accused of willful violations have appealed, according to the latest data released to the Capital Chronicle by OSHA.

The appeals of companies with some of the biggest fines claim that OSHA overstepped its authority and that the mandates were unconstitutional. The appeals are still underway and continue to take up state time, but work at OSHA is moving towards a normal pace of about 2,000 complaints a year.

During the pandemic, the agency received more than 31,000 complaints about Covid violations.

“We worked as hard as we could on this. There was a lot to handle,” said Aaron Corvin, the department’s spokesman. “We had to make some adjustments. There’s just no getting around it.”

Some overtime was required, and the department hired temporary workers. Sometimes officials faced angry owners and in one instance an armed threat.

“There was quite a bit of that,” Corvin remarked.

Corvin said OSHA followed up on each complaint and tried to get violations rectified quickly with a phone call.

“If we could get things straightened out this way, then that is what we did,” Corvin said.

Though the mandates were widely publicized, Corvin said owners were sometimes confused about the requirements. The state ordered temporary closures and later restricted indoor capacity in counties with soaring cases to stem transmission of the virus.

The agency had never faced such a changing situation.

“We instituted requirements, and it evolved over time,” Corvin said. “We passed one of the few emergency rules in the nation, and we extended it over time.”

The rule, adopted in December 2020, specified physical distancing, mask and sign requirements for a range of businesses, including restaurants, stores and and gyms.

Officials levied the largest fines on owners who openly defied the mandates. OSHA usually issues less than a handful of willful citations a year. Over two years, that number increased tenfold.

Usually, companies try to avoid getting a willful citation on their record, Corvin said. They give companies a bad reputation and can increase worker compensation rates.

“Not only are our penalties intended to affect the future behavior of the employer, but also it creates a potential deterrent effect,” Corvin said.

With so many complaints, OSHA inspected less than 10%, carrying out about 2,600 inspections since March 2020.

Even then, some companies were defiant.

Companies cited more than once

OSHA cited businesses in half of Oregon’s 36 counties. Few citations were directed at businesses on the coast or in largely urban counties. For example, only six businesses in the Portland area were cited for willful violations. A majority were filed in largely rural counties, including Crook, Deschutes, Jackson, Josephine, Klamath, Lake, Polk and Wasco, where anger against restrictions grew as the pandemic persisted.

“The pandemic created this unique environment where there were super strong feelings,” Corvin said.

Some business owners doubted the virus posed a significant threat. Others disagreed with OSHA requirements.

When inspectors visited Kevista Coffee in Bend in June 2020, five months after they had opened, owners Kevin and Krista Lauinger told them they would not comply with the restrictions, according to OSHA records.

“Kevin explained that through research, he found that face coverings were ineffective to prevent exposure to Covid-19 and that he believed that wearing face coverings for extended amounts of time could harm his employees,” the inspection report said.

In a written response to OSHA in May 2021, the Lauingers said several employees had submitted “medical exemptions” to explain why they were maskless.

The state allowed medical exemptions in response to vaccine mandates, but not for masks.

Last May, Sandy’s mayor, Stan Pulliam, a Republican candidate for governor, visited the coffee shop. OSHA noted the visit in its files with photos from social media or elsewhere that showed maskless people in the coffee shop, hands over hearts, reciting the Pledge of Allegiance.

OSHA cited the Lauingers three times for mask violations, allowing customers to eat and drink inside, lacking an infection control plan and failing to conduct a risk assessment. Their total fine: $116,470, the second highest.

They did not respond to requests from the Capital Chronicle for comment.

Capitol Racquet Sports, which operates five gyms in the Salem area under the name Courthouse Club Fitness, faces the highest total fine: nearly $217,000 for failing to close and violating red warning signs posted at the gyms. The required state sign says the business is an “unsafe place of employment” and should be avoided.

On Nov. 17, 2020, owner John Miller wrote to members, explaining his decision to keep the fitness centers open: “As a result of the harm done to our business from the first shutdown, we will not survive another closure. This is a horrible position I find myself (in), and it leaves with only one choice. Courthouse Club Fitness will remain open Wednesday and the days to follow.”

In an appeal, attorney Tyler Malstrom told OSHA its orders were “unlawful and unconstitutional” and usurped the Oregon Legislature. He said no cases of Covid had been traced to the business and called the requirements “arbitrary and capricious.”

More than a year later, the fine remains unpaid and the appeals process is ongoing.

OSHA encountered one of the most aggressive responses during inspections at Along Comes Trudy, a restaurant in Springfield, Corvin said. When inspectors turned up on March 1, 2021, they found a sign on the door stating “No Trespassing to Government and State Officials.”

People were standing outside guarding the restaurant, according to an Oregon OSHA report They wore pistols on their hips, and one person was armed with a sword.

“These people had made threats to other regulatory agencies saying if anyone tried to shut down Trudy, they would crack some skulls open,” the report said.

Trudy Logan, who owns the restaurant, told the Capital Chronicle that the restrictions were “unconstitutional.”

“We have a right to take care of ourselves,” Logan said. “When is it a sin to go to work? I was not holding anybody’s feet to the fire to come in here.”

She also said she had no choice but to stay open. Her husband had recently died.

“I was the sole breadwinner,” Logan said. “I had to stay open or I was done.”

OSHA fined her twice for not enforcing the mask mandate or following capacity restrictions. She appealed the $51,740 in fines. The case is before the Workers Compensation Board for an administrative judge to decide.

About 80% of the citations issued during the pandemic were what OSHA considers non-willful when owners are not knowingly disobeying the law. Through last December, it could levy between $100 and $12,750 for such a violation; the maximum is now $13,653. No business that did not break the rules on purpose was cited for anything close to that amount.

Most of the non-willful fines were in the hundreds of dollars. The biggest fine of $4,200, against K1, a go karting venue in Hillsboro, was for allowing indoor entertainment. The company appealed and a settlement was reached, allowing a six-month payment plan. K1 has paid the fine.

So have most of the other companies cited for a non-willful violation.

After being cited, companies can settle with OSHA. If they decline, the citation goes to an administrative judge at the Workers Compensation Board. About 30 willful citations that were appealed are at the compensation board, awaiting a decision.

If the judge rules in OSHA’s favor, companies can sue.

Kevin Mannix, a Salem attorney who represents three companies, said in one appeal that the restrictions were unconstitutional. He declined to discuss the cases.

“We will stand by the positions we take in our litigation,” Mannix said in an email to the Capital Chronicle. “We do not discuss our strategy or tactics in these cases.”

Alsea School District in Benton County, fined $43,000 for not requiring masks, had the third largest fine. In its appeal, the district blamed Marc Theilman, the former superintendent. It said the board signed off on his recommendation “without fully understanding the consequences.”

In March, the board passed a resolution stating that the district will comply with state guidance. “The Alsea Board also hired a new superintendent that will follow all state laws and regulations,” it said.

FEATURED IMAGE:  A Bend coffee shop and a Springfield restaurant had among the largest fines from OSHA for willfully defying pandemic restrictions. (Chevanon Photography/Pexel)