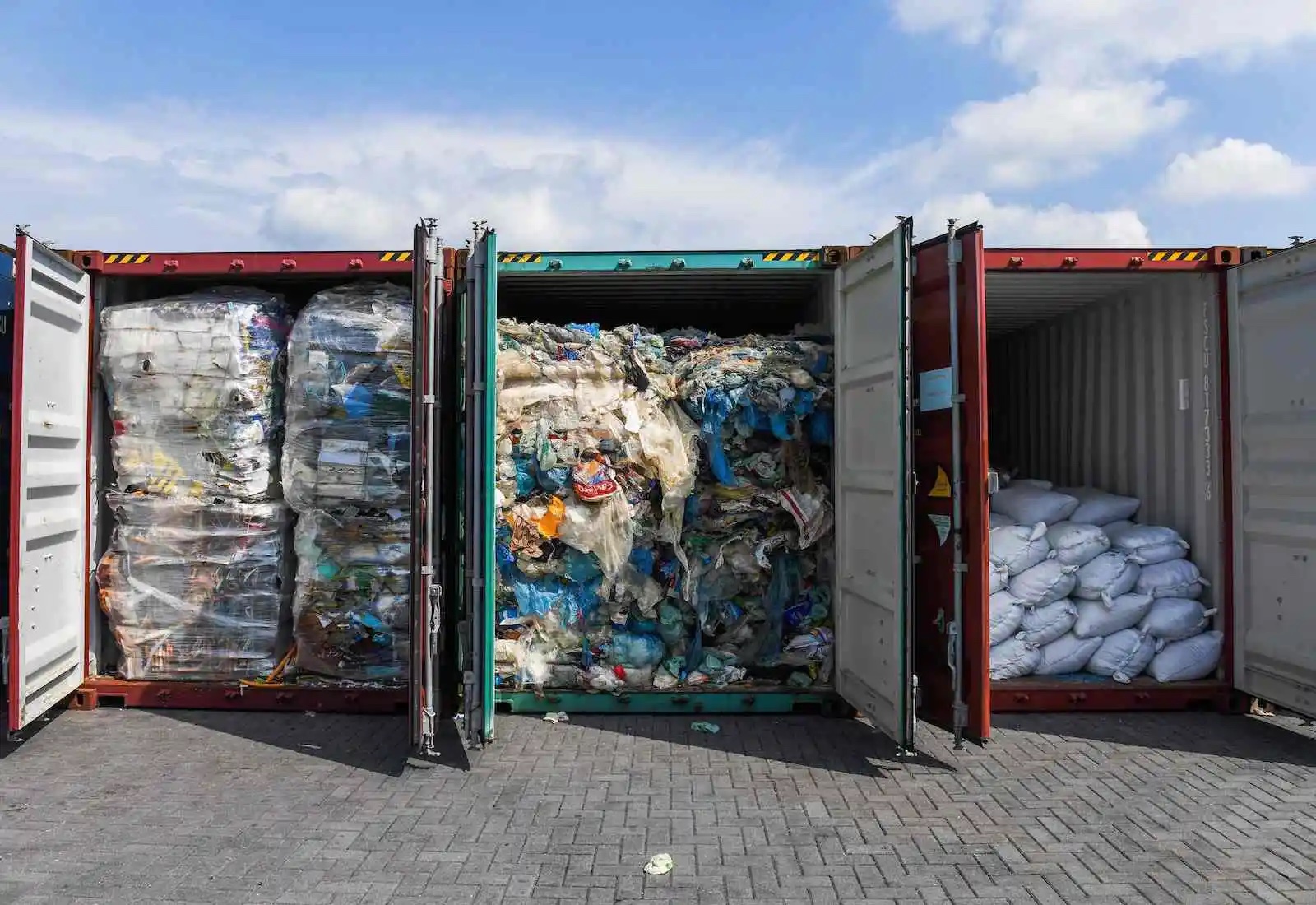 At the beginning of last year, 187 countries took steps to limit the export of plastic trash from wealthy to developing countries. It’s not working as well as they hoped.

According to an analysis of global trade data by the nonprofit Basel Action Network, or BAN, violations of a U.N. agreement regulating the international plastic waste trade have been “rampant” over the past year. Since January 1, 2021, when new new rules were supposed to begin clamping down on countries that ship their plastic refuse abroad, the U.S., Canada, and the European Union have offloaded hundreds of millions of tons of plastic to other countries, where much of it may be landfilled, burned, or littered into the environment.

“Toxic pollution and its burden on communities and ecosystems in importing countries continues as a direct result of these multiple violations,” BAN wrote in its analysis.

The regulations in question are part of the Basel Convention, a framework designed to control the international movement of waste that is designated “hazardous.” In the years after it was first adopted in 1989, the convention covered substances such as mercury and pesticides. But in 2019, signatories to the convention agreed to add new guidance for scrapped plastic, limiting its movement between nations except under specific circumstances, effective at the beginning of 2021. For example, the convention now bans the export of unmixed, contaminated plastic waste without importing countries’ notification and consent, as well as the assurance that it will be managed in an “environmentally sound” way.

These requirements — which were put in place to help protect communities and the environment from the planet’s growing glut of plastic waste — are stringent, and they have contributed to overall declines in the flow of plastic waste to the developing world since 2020. But the international plastic waste trade is far from being snuffed out, and BAN says that its ongoing scale indicates widespread Basel Convention violations.

For example, the U.S., which is one of only eight countries that has not yet ratified the Basel Convention, sent more than 800 million pounds of plastic waste to Mexico, Malaysia, India, Vietnam, and other Basel parties last year — activity that likely violates the convention’s plastic amendments, since they stipulate that party countries cannot trade regulated plastics with non-parties. According to BAN, the only way this would be legal is if all of the plastic shipped by the brokers who contract with U.S. waste collectors were “almost free from contamination” and sorted into single polymers, such as PET, the type of plastic water bottles are made from.

This is a standard that the U.S. has been unable to meet even for its domestic recycling industry. “We’re not able to separate plastic economically to a level where it’s isolated polymers and not contaminated with at least 5 percent or more of other stuff,” said Jim Puckett, BAN’s founder and executive director. The economic and technological barriers are simply too great for American recyclers to adequately sort and handle the plastic they receive, forcing them to send most of it to landfills.

If the U.S. can’t even sort its own plastic waste, Puckett asked rhetorically, then how can it be sorting hundreds of millions of pounds of it for export? “It just isn’t happening,” he said.

BAN also suspects Europe of noncompliance with the Basel Convention, including violations of a ban on the export of unsorted, contaminated plastic waste from the E.U. to countries outside the Organization for Economic Cooperation and Development. Throughout 2021, Indonesia, Vietnam, Malaysia, and other developing countries continued to receive much of Europe’s plastic trash — especially from the Netherlands, whose plastic exports to developing countries increased dramatically last year, from an average of 18.3 million pounds per month in 2020 to 41 million pounds in 2021.

When plastic waste is shipped to countries with insufficient waste management infrastructure, it can cause long-lasting damage to people and the environment. Plastic that isn’t recycled may end up being incinerated, releasing hazardous chemicals that poison communities and the food chain. Otherwise, excess plastic may be dumped into uncontrolled waste sites or polluted directly into the environment, leading to contaminated water sources and impaired ecosystems.  In the Philippines, a big plastic importer, the influx of plastic waste is so overwhelming that it has sickened residents of Manila and clogged the island nation’s coastlines.

Because enforcement of the Basel Convention falls mostly on individual member countries, BAN said there isn’t much that the international community can do to crack down on plastic waste trade violations. Plastic importers may hesitate to strictly enforce the Basel Convention because they receive payments from exporting countries to do so, and because some plastic waste can be repurposed into new products for industry and manufacturing. In the immediate term, BAN has called on party members to implement tougher port inspections for illegal imports and exports of plastic waste, and for governments to place high penalties on companies that violate the convention.

A longer-term solution should look upstream, Puckett told Grist, and consider ways to limit the creation of plastic in the first place. He pointed to a recent pledge from the U.N. to negotiate a global, binding treaty covering plastic’s full life cycle by 2024. Although the final agreement will have to contend with the political power of the fossil fuel and plastics industries, a strong treaty could in theory do much more than the Basel Convention to curb the export of waste to the developing world.

“We don’t have illusions that it’s going to be easy,” Puckett said, “but we have to get a grip on the amount of plastic we’re producing if we want to impact plastic waste.”