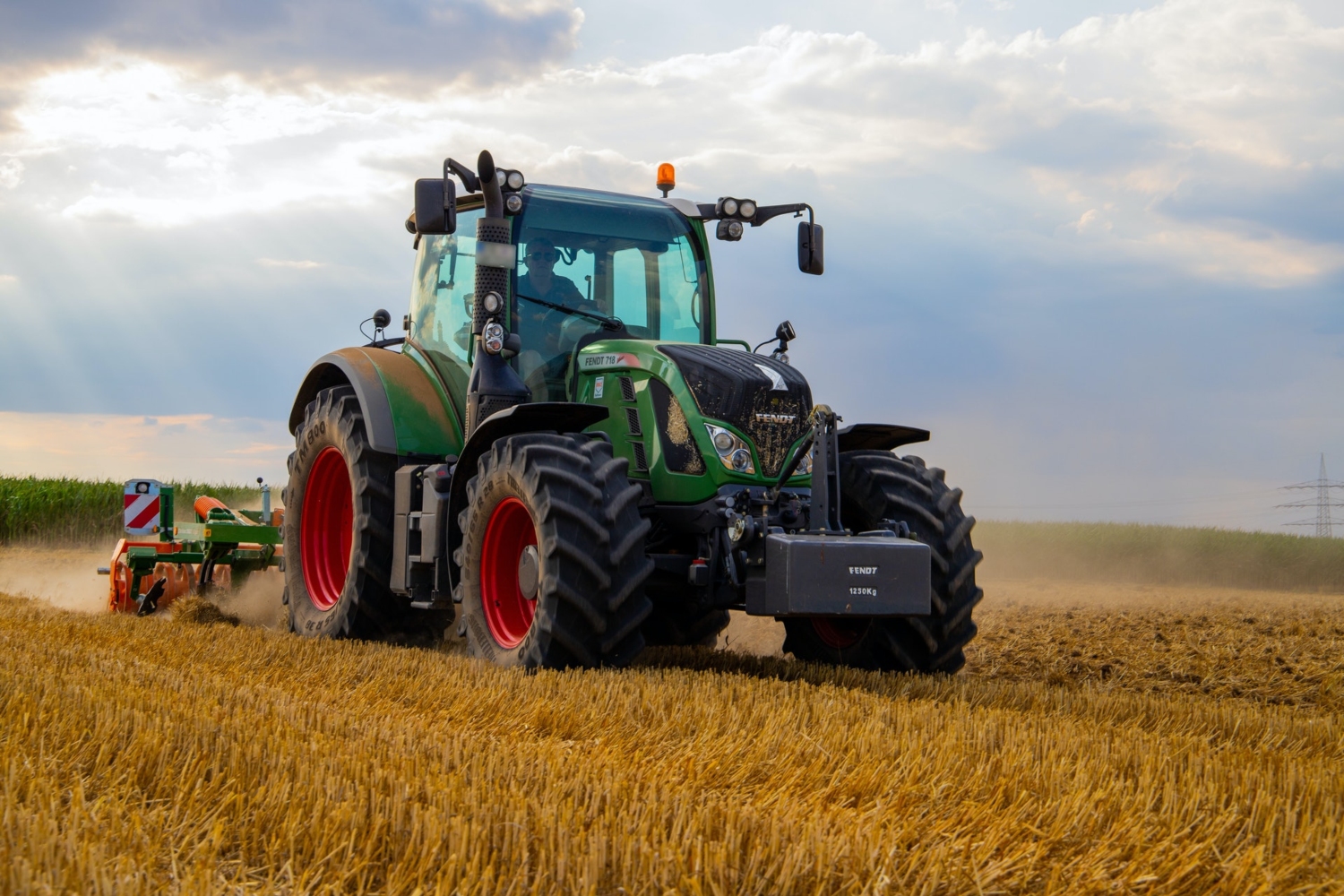 By Lynne TerryFebruary 8, 2022No Comments

A fight is brewing in the Oregon Legislature over a proposal to give farmworkers overtime pay after 40 hours a week.

Democratic supporters say the change is long overdue and that extending overtime pay to a group of essential workers who toil long hours, do difficult work and earn low wages is a matter of equity. But Republican opponents say the bill would slice into farming revenue at a time of lower commodity prices and devastating climate changes and force owners to cut worker hours or sell their operations.

State Rep. Vikki Breese-Iverson, R-Prineville, the House minority leader, suggested during a presentation with the media before the session started that Republicans were so strongly opposed to the bill that they might walk out.

House Bill 4002, sponsored by Reps. Paul Holvey, D-Eugene, and Andrea Salinas, D-Lake Oswego, follows Oregon’s overtime law which requires employers to pay many hourly workers time and a half for more than 40 hours worked a week. The change would be phased in with overtime pay required for more than 55 hours a week in 2023 and 2024, 48 hours a week in 2025 and 2026, and then 40 hours in 2027.

The proposal gets its first legislative hearing at 5:30 p.m. on Tuesday in an online meeting of the House Business and Labor Committee. More than 50 people have filed testimony in support and against, with proponents saying the issue is about equity and opponents warning the bill could kill Oregon agriculture.

Several Republican lawmakers have issued statements in recent days, urging opponents to speak out at the hearing.

“I can tell you firsthand farm work often cannot be scheduled in eight-hour days and 40-hour work weeks,” wrote Rep. Mark Owens, R-Crane, who is an alfalfa farmer. “This is not how agriculture works because it’s not how nature works. Simply put, this bill is out of touch with our agriculture and natural resource communities.”

Last year two similar bills introduced in the House and Senate died in committee. A work group with organizations representing farmers and workers met for months afterwards but failed to reach a compromise, with a farmworkers group taking its case to court against the Oregon Bureau of Labor & Industries.

The suit, filed in the Oregon Court of Appeals in December, coincided with a move by BOLI to change Oregon’s overtime rules to include farmworkers. Supporters of the plan say growers would be better off accepting the current proposal.

“Going this route and getting funding from the state in the form of a refundable tax credit would help farmers get through this transition period and beyond,” said Alice Morrison of Friends of Family Farmers, which represents 1,200 smaller farmers.

She said a recent survey showed that a majority of the group’s membership supports the bill.

“This is a chance for us to do the right thing and be part of a solution,” Morrison said.

But a majority in another survey of about 550 members of the Farm Bureau indicated they wouldn’t survive if the bill passes.

The proposal would apply across the spectrum – to farms, orchards, ranches, dairies and other animal producers, vineyards, Christmas tree growers and nurseries. According to the U.S. Bureau of Labor Statistics, Oregon has more than 86,000 farmworkers.

They have long been excluded from overtime laws. The federal 1938 Fair Labor Standards Act, enacted to protect workers from abusive work environments, established a minimum wage – 25 cents at the time – and a 40-hour work week, with overtime pay after that for most nonmanagerial employees. It has a few exceptions. Farmworkers are one of them.

Their advocates say it’s time to take action against a racist law that was directed against Black farmworkers in the South in the 1930s.

“A lot of that came from Jim Crow laws,”said Reyna Lopez Osuna, executive director of the farmworkers union, PCUN, Pineros y Campesinos Unidos del Noroeste. “It has a legacy of exclusion and racism.”

Almost all farmworkers in Oregon today are Hispanic and of Mexican heritage, according to a study by Oregon State University.

In recent years, seven states have adopted laws establishing overtime pay for farmworkers after various thresholds, with Maryland and New York setting the cutoff at 50 hours a week. Washington and California adopted a threshold of 40-hours a week. That requirement went into effect this year in California and Washingtonwill require overtime pay for more than 40 hours in 2024.

Supporters say workers will leave the state for better pay if the overtime plan isn’t approved by legislators.

The Farm Bureau contends that the state’s farmworkers are already among the highest paid in the country and that many owners provide benefits like housing and transportation.

According to the U.S. Bureau of Labor Statistics, the average annual income for Oregon farmworkers who harvest crops and work in nurseries was nearly $29,670 in 2020, with an average hourly wage of $14.27. Workers who tend to animals made less: an average of $28,780 and an hourly wage of $13.84 an hour.

By comparison, the average annual wage in Oregon is $55,000 a year but leisure and hospitality workers earn an average of nearly $24,000, according to the Oregon Blue Book. One-third of Oregon workers earn less than $15 per hour and one-fifth are paid between $15 and $20 per hour, it said.

Oregon has nearly 38,000 farms, according to the state’s agricultural census in 2017. With the exception of wheat, hay and corn for livestock, all of Oregon’s top products are specialty crops like hazelnuts, blueberries, pears, wine grapes and grass seed.

Specialty crops are labor intensive, with wages and other expenses accounting for an average of nearly 40% of all expenses compared with 13% for all farms, according to a report commissioned by farm, seed and dairy groups. The expense varies according to the crop: Fruit, berry and wine grape growers spend more than 47% of their budgets on labor compared with 28% for nut producers or 17% for grain.

Prices paid to farmers over the past decade have not kept up with inflation, the report said, with expenses rising 16% while prices they’ve received going up about half as much.

Unlike many industries, which can raise prices to cover rising costs, farmers have to accept what the market dictates, Dillon said.

“Most of our agricultural products leave the state,” he said. “We’re in competition with other states that don’t have a federal minimum wage.”

If overtime were required, most farmers would have to curb worker hours or find other ways to reduce costs, Dillon said. He said many farms would have to consolidate or sell.

About 90% of about 550 farmers surveyed by the Farm Bureau last year said they could not absorb the overtime requirement, estimating it would cost an extra $50,000 to $600,000 a year.

“That’s a very lopsided result,” Dillon said. “There’s not a lot of ambivalence or questions in people’s minds.”

In a 2020 survey by the University of California-Davis of about 120 farmworkers, about 55% said they’d had their hours cut after the overtime law went into effect. But overall results have been mixed, according to the report commissioned by producers, with some workers earning more, some earning the same and others forced to find extra work.

Josh Robinson, co-owner of Robinson Nursery in McMinnville, said his company could absorb the extra expense. His nursery has 100 full-time employees and brings in 50 workers a year from Mexico under the migrant worker program which requires employers to provide housing and transportation.

But Robinson, president of the Oregon Association of Nurseries, said the bill would hurt a majority of the organization’s 700 members and that 40% would be forced out of business.

“Smaller growers don’t have the economy of scale that the larger growers do,” Robinson said.

“It’s going to do the opposite of what I would hope they would want to do. You would think the government would support small businesses.”

His organization has pushed for an overtime threshold of 60 hours. Beyond that, he said owners could live with 50 hours provided that a 60-hour threshold were in place for 22 weeks a year, whether they were consecutive or not.

“We’re trying to find some middle ground and they’re not budging at all,” Robinson said.

A study by Oregon Health & Science University in July prepared on behalf of PCUN said that farmworkers routinely work up to 16 hours a day. It said that overtime work is linked to a higher mortality rate, chronic conditions like diabetes and cardiovascular disease, depression, poor sleep and family conflict. Those effects are worse for those who work at least 52 hours a week, it said.

“Agriculture is considered one of the most dangerous industries for both adult and young workers, the study said. “Farmworkers are made to perform physically demanding manual labor activities in knowingly unsafe conditions.”

“For us, farmworker overtime is really about improving quality of life for farmworkers,” said Lopez Osuna, of PCUN.

“This preventable fatality was, unfortunately, not unique; farmworkers die of heat-related illnesses at a rate 20 times greater than that of the entire U.S. workforce,” the study said.

“This is something that Oregon should have done a long time ago,” said Levi Herrera-Lopez, executive director of the nonprofit. “It’s an issue of fairness and also economic empowerment for Oregonians.

It doesn’t make sense why such a core part of Oregon’s economy is excluded from overtime.”

Mano a Mano is behind a lawsuit filed with the Oregon Court of Appeals in December against BOLI on behalf of two farmworkers. It seeks to force the agency to include farmworkers in Oregon’s overtime rules on constitutional grounds that not doing so is discriminatory.

If the lawsuit were to succeed, BOLI would have to enact overtime requirements and could not provide businesses tax credits. Lawyers for Mano a Mano declined to comment on whether the group would withdraw the suit if House Bill 4002 succeeds.

Lopez Osuna of PCUN said farmworkers are not willing to budge on 40 hours but she said House bill is the best way to adopt the new standard.