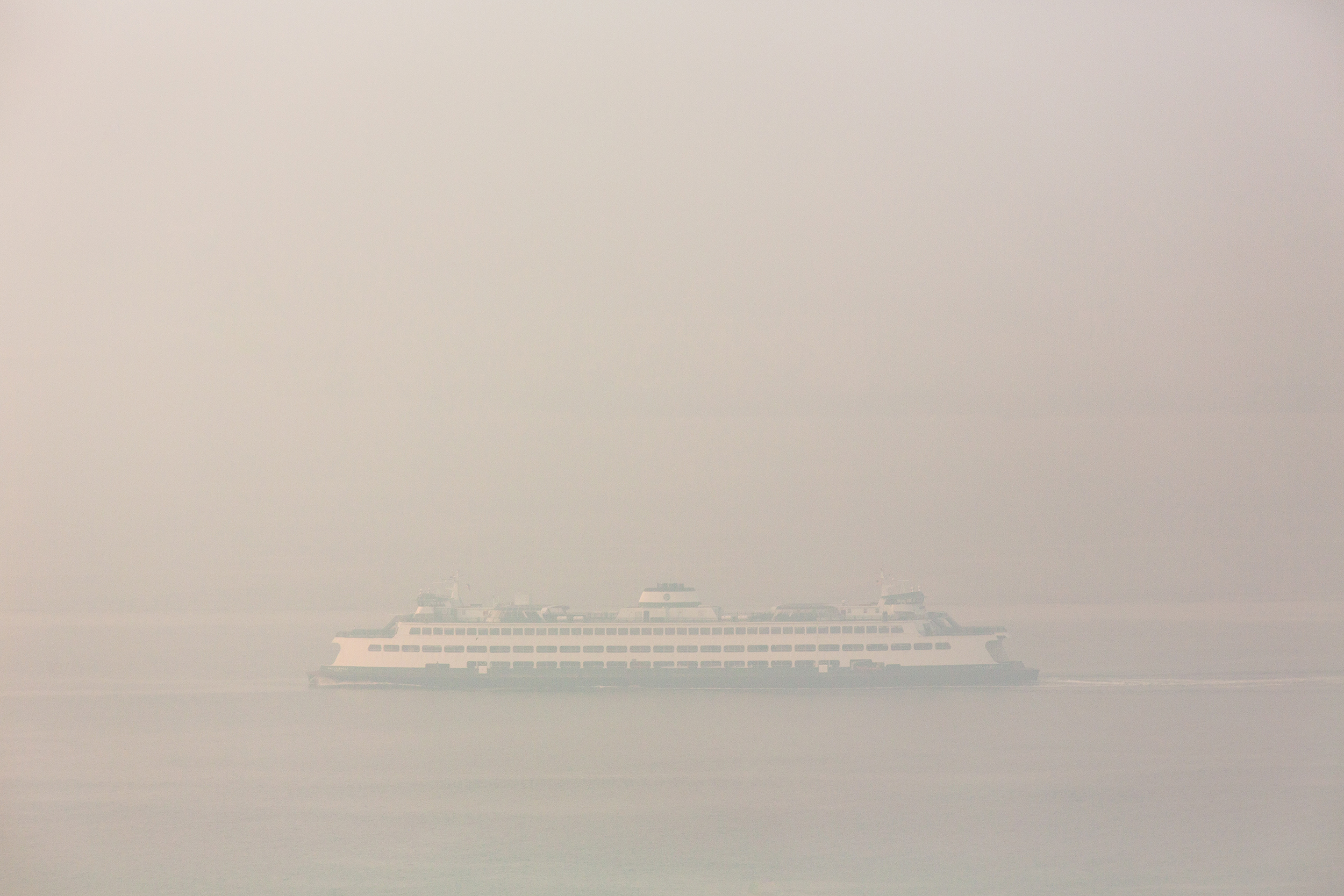 How much smoke is too much? And… comparisons to Beijing are tricky

Home » Climate » How much smoke is too much? And… comparisons to Beijing are tricky

Even after decades of research has shown that wildfire smoke is bad for everyone, there are still a lot of unknowns. As the big questions are answered—smoke is definitely bad for all lungs, exposure can lead to more hospital admissions, doctors’ visits, and inhaler refills, and older adults with underlying conditions are most vulnerable—researchers are now refining their queries.

For example, how bad is wildfire smoke for kids, really? They have less developed, sensitive lungs, so it seems safe to assume that inflammation and scaring at an early age could have harmful long-term effects. But they’re also more resilient, with some kids diagnosed with asthma as a child free of it as an adult. So, it’s possible they can shake off a couple of months of exposure to wildfire smoke.

And how bad is smoke that travels thousands of miles, imperceptibly inhaled by people far away from fires? As smoke travels, ongoing research suggests that it may actually become more toxic, but then again it’s also less concentrated. Researchers at the University of Illinois and University of Oregon suggest that wildfire smoke made in the West is routinely breathed in the Midwest, and that it can lead to decreased productivity and increased illness. Another study in Helsinki, Finland, found evidence that smoke plumes from far away increased deaths.

And on and on. If wildfires happen, for the most part, during one season, does that give our lungs enough time to recover before another onslaught? If there’s one really bad week of smoke versus two months of limited exposure, what’s the difference for our health?

Sarah Henderson of the British Columbia Centre for Disease Control is heartened by the increased research and interest, and wants the threat that smoke poses to human health to be taken seriously. But she also warns against navel-gazing hyperbole. Henderson points out that North America, and particularly the Northwest, have relatively good—and for most of the year, increasingly better — air quality, even with the fires. That’s not the case for millions of people living in polluted cities around the globe.

“We know that if you live in Delhi, where it’s polluted, day in and day out, you’re at higher risk of developing disease and your life is going to be cut short,” she says. “But when you’re talking about wildfire smoke, there are these peaks, and then you go back to excellent air quality for the rest of the year.”

In terms of what affects people’s health, most of what determines individual health is what happens day in and day out, Henderson said. 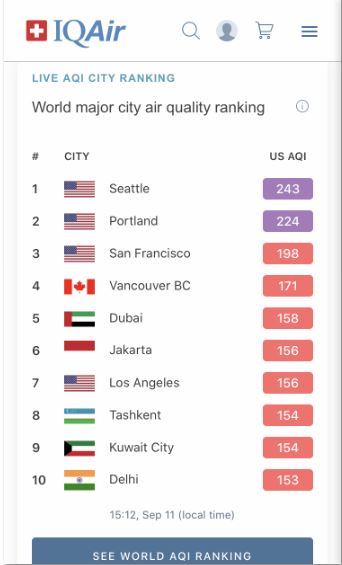 Seattle briefly ranked No. 1 for worst air quality in the world on Sept. 11, 2020, at IQAir.com. Sarah Henderson of the British Columbia Centre for Disease Control cautions that such comparisons exaggerate the health threats to people here as compared to residents of cities facing hundreds of unhealthy air days a year.

So Henderson is annoyed by headlines that compare Seattle and San Francisco to places like Mexico City and Beijing, which see sometimes hundreds of unhealthy air days within a given year, ultimately reducing life expectancies. Such comparisons are doubly problematic, she warns: they undermine the reality of the billions of people who live with polluted air year-round, and exaggerate the threats to people here.

“I don’t want to downplay the importance of these smoke events, but I do want people to be cognizant of the fact that we’re so lucky most of the time,” she says. “And I want people to know there are fairly easy things they can do to be safe, like skip the run and stay indoors.”

National perspective is key, too. Even with an onslaught of smoke, America’s West is expected to see far fewer negative health outcomes from climate change compared to the American South and Midwest (one study suggests that, all told, the Pacific Northwest may actually see some agricultural, economic and health gains as the climate changes).

Henderson’s point gets at a bigger issue. Even though we all can expect to see more smoke going forward, not everyone will face the same exposure, or the same health impacts.

Editor’s note: Wildfires are growing in frequency and intensity, threatening our landscape, our lifestyle and our health.  This story is part of InvestigateWest’s “Smoky Skies, Altered Lives” series probing how the upsurge in fire and smoke fueled by climate change puts us at risk, and how restoring the health of our forests could make a difference.