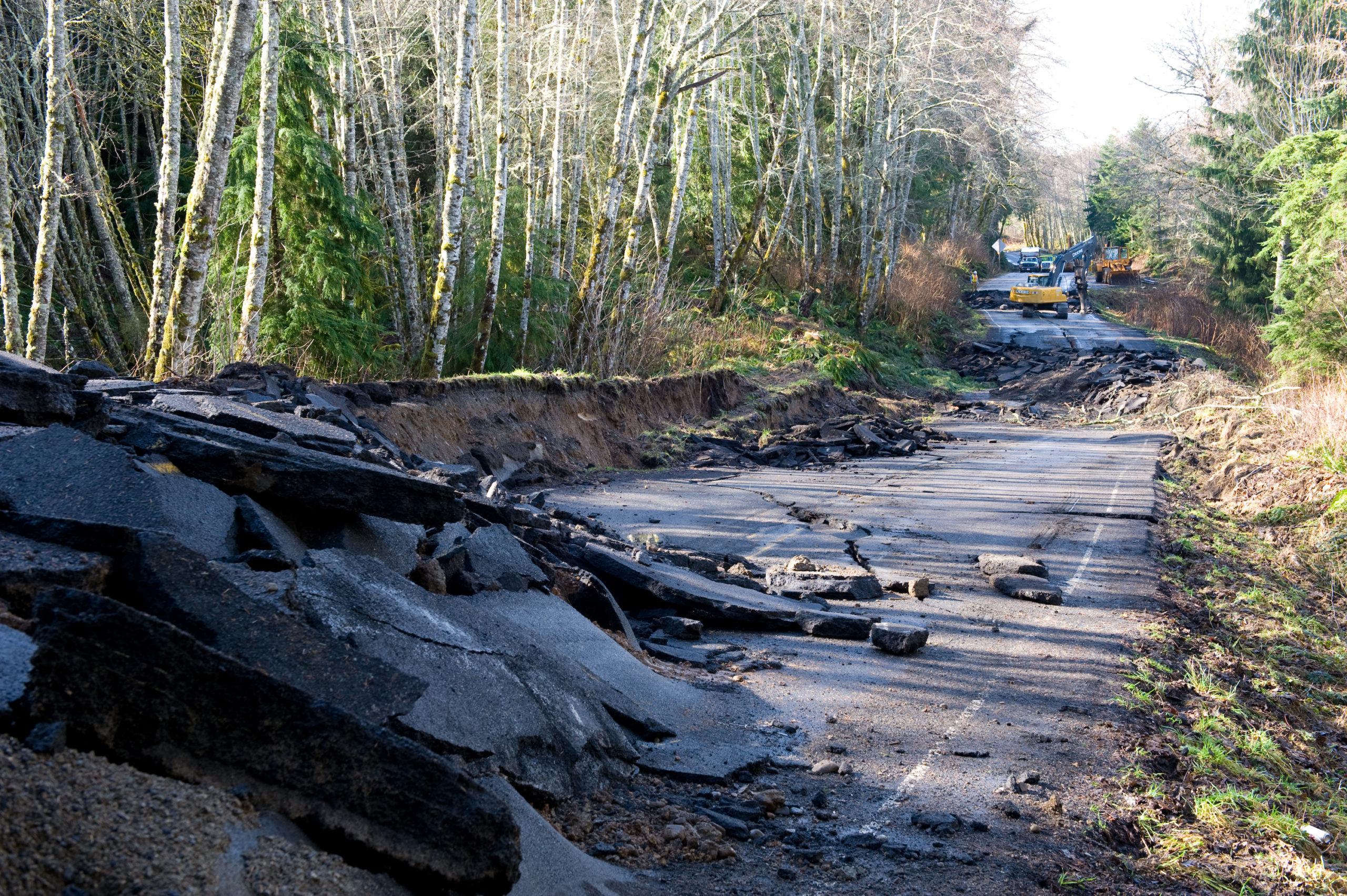 OLYMPIA – The Washington Legislature this year set ambitious goals for the state to cut the production of greenhouse gases – but then, critics say, failed to pass even a single significant measure to actually cut those emissions.

“There is an irony to the fact that the Legislature has embraced the magnitude of the challenge in front of us, but failed to take significant action on any of the tools we need to get there,” said Mo McBroom of The Nature Conservancy of Washington.

This year’s Legislature did make it an official state goal to reduce production of planet-warming gases by 45 percent within the next decade and by 95 percent by 2050 as compared to 1990 levels. The old goals allowed more greenhouse gas emissions to go on longer, and reached only a 70 percent reduction by mid-century.

But the Legislature failed to pass Gov. Jay Inslee’s highest priority climate legislation, which would require gasoline and other transportation fuels to grow increasingly climate-friendly over time.

Adopting more ambitious climate change goals without putting policies in place to meet them is akin to a New Year’s resolution to lose weight and “the next day you’re eating cheeseburgers and pizza,” said Vlad Gutman-Britten, Washington director of the environmental group Climate Solutions, in an interview.

“This year’s legislative session was a comprehensive failure to act on climate,” he said in a press release.

Reaching the new, more stringent carbon-reduction goals will be daunting. Washington already is falling short of even a more modest goal, passed in 2009, to bring emissions down to 1990 levels by the end of this year. Since 1990, the state’s emissions have actually increased by about 8 percent.

“We need to do more,” said Andy Wineke, spokesman for the state Department of Ecology.

It’s possible, of course, that sharp cutbacks in auto and airline travel due to the coronavirus pandemic will change the trajectory, at least for a while. But environmentalists say we shouldn’t count on it.

Despite its lack of concrete measures to reduce greenhouse gases, the 2020 Legislature’s goal-setting exercise embodied in House Bill 2311 does bring the state more in line with what’s happening on a global scale in terms of greenhouse gas-reduction goals.

“This isn’t Washington out on its own – targets similar to this are being adopted by states, cities and counties around the world,” said Wineke, of the Ecology Department.

A handful of comparatively modest measures to address greenhouse gas emissions did pass and await the governor’s signature. They include a bill to accelerate the growth of electric cars, a grant program that will reward farmers for using carbon-sequestering practices and a statewide ban on single-use greenhouse-gas-intensive thin plastic bags. Some people are urging the governor to veto the plastic bag legislation because grocery stores are discouraging shoppers from bringing their own bags due to coronavirus fears.

Those bills “mark sort of a tick forward in the fight against climate change,” Gutman-Britten said. “We need more. We need leaps.”

“[T]here is an irony to the fact that the Legislature has embraced the magnitude of the challenge in front of us, but failed to take significant action on any of the tools we need to get there.” ~ Mo McBroom, director of government relations at the Washington chapter of the Nature Conservancy

The passage of the bill committing Washington to eventually reduce emissions sets a goal for the state to reduce greenhouse gas emissions dramatically in the next 30 years.

Those goals follow reporting by the University of Washington’s Climate Impacts Group that even limiting warming of 1.5 degrees Celsius this century – the objective of international climate negotiators, and one that is fast becoming unattainable – will result in the Pacific Northwest experiencing more extremely hot days in the summer, a reduction in the snowpack that feeds year-round drinking-water and irrigation supplies, higher winter streamflows that blow out roads and bridges, lower summer streamflows that kill salmon due to too-hot water temperatures, and increased sea-level rise.

And those changes will have “severe consequences,” the researchers warned, including more heat-related illnesses and deaths, flooding in the winter and drought in the summer, and greater stress on the salmon population, to name a few.

The climate-change goals passed this year contain provisions that could make a difference, said Adam Maxwell, head of government relations at Audubon Washington, an environmental group. The Legislature required state agencies to make carbon sequestration part of their contracting and grant-making process. So a project that sequesters carbon will score higher in the ranking process and be more likely to receive state money.

“Incorporating carbon sequestration into what our agencies do could be important,” Maxwell said. But that’s not nearly enough, he added: “We can’t just rely on the landscape to absorb emissions. We’ve got to get emissions reduced, and reduced quickly.” 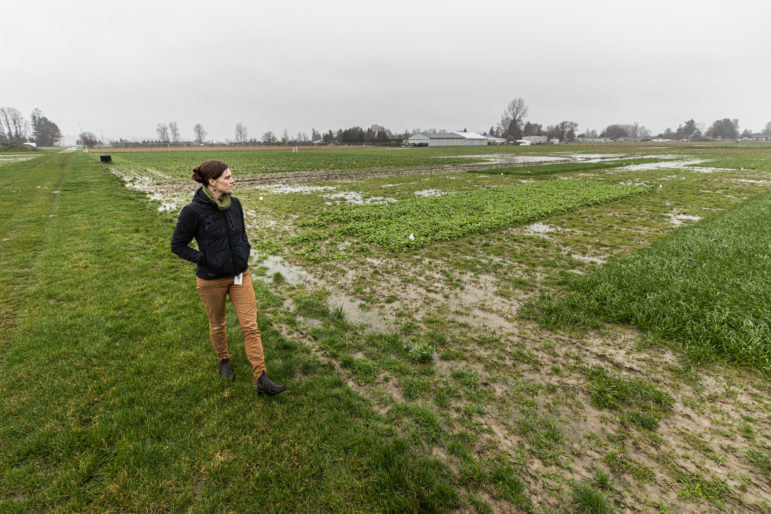 Going into this legislative session, environmentalists argued that the best way to clean up the state’s transportation sector – responsible for more than 40% of greenhouse gas emissions – was a low-carbon fuel standard, similar to legislation that California, Oregon and British Columbia have adopted. The standard would require progressively more climate-friendly fuels for transportation. It would raise gas and diesel prices, and some of the money would most likely be passed along to consumers as incentives to purchase electric cars, as has happened in California.

“It takes early investments and transformation to get closer to a world in which we can all cheaply reduce our emissions.” ~Reed Schuler, Gov. Jay Inslee’s senior policy advisor for climate and sustainability

For the second year in a row, the bill died in the Senate Transportation Committee, led by a Democrat, Steve Hobbs of Lake Stevens. His reasoning: Washington is under a court order to fix, by 2030, under-roadway pipes that block salmon from being able to return to their spawning grounds, and the state’s primary focus should be a transportation package that takes care of those pipes and a backlog of other transportation issues.

The political chemistry around this issue may well change next year. Hobbs has said he’s running for lieutenant governor, and proponents say they’ll be back. Toward the end of this year’s session, 45 Democrats in both houses signed a letter saying the passage of a clean fuel standard was a precondition for them to vote in favor of a transportation package next year.

To Todd Myers, director of the Center for the Environment at the Washington Policy Center, a free-market think tank, the low-carbon fuel standard is just too expensive given the amount of carbon dioxide it would reduce.

Myers says it would cost about $150 to eliminate one metric ton of carbon, and said there are other, more efficient ways to accomplish this – a position that the business community has embraced as well. “I think we’ve been reckless with our spending at the state and federal level because we thought the money would always be there,” he said.

But Reed Schuler, Gov. Jay Inslee’s senior policy advisor for climate and sustainability, said the governor believes the clean fuel standard is the most cost-effective policy tool Washington has to reduce carbon from transportation.

Schuler argues that there aren’t many low-cost opportunities to cut carbon because the state’s emissions are already low, thanks to the extensive use of hydropower.

Transformative policies that fundamentally change how energy is generated “always look a little expensive at first,” he said. If other countries such as Japan and Germany had taken the cost as the sole decision-making point, they never would have invested in solar, said Schuler. “It takes early investments and transformation to get closer to a world in which we can all cheaply reduce our emissions.”

Myers is a proponent of personal actions to fight climate change – for example, using a smart thermostat to lower fuel use at home. He notes that while Republican opposition to some type of carbon tax is a given, it really shouldn’t be an obstacle to passage because Democrats control all three branches of government. He believes Democrats have repeatedly failed to pass legislation that could curb emissions because they’re unwilling to compromise with one another and approve a good-enough bill, such as a carbon tax.

Schuler said Inslee, who is up for re-election this year, will argue for a clean fuel standard again next year if he returns to office. It remains unclear how the governor would accomplish this. 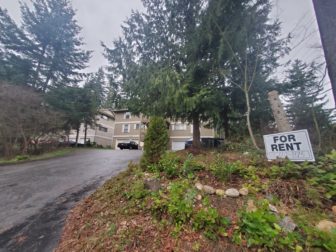 This quadruplex is in a section of Edmonds zoned for multi-family living. Legislation that would have cleared the way for duplexes and other multi-household homes in almost all areas of the state currently set aside for single-family homes did not make it out of committee.

Here are a few other bills in the environmental arena: