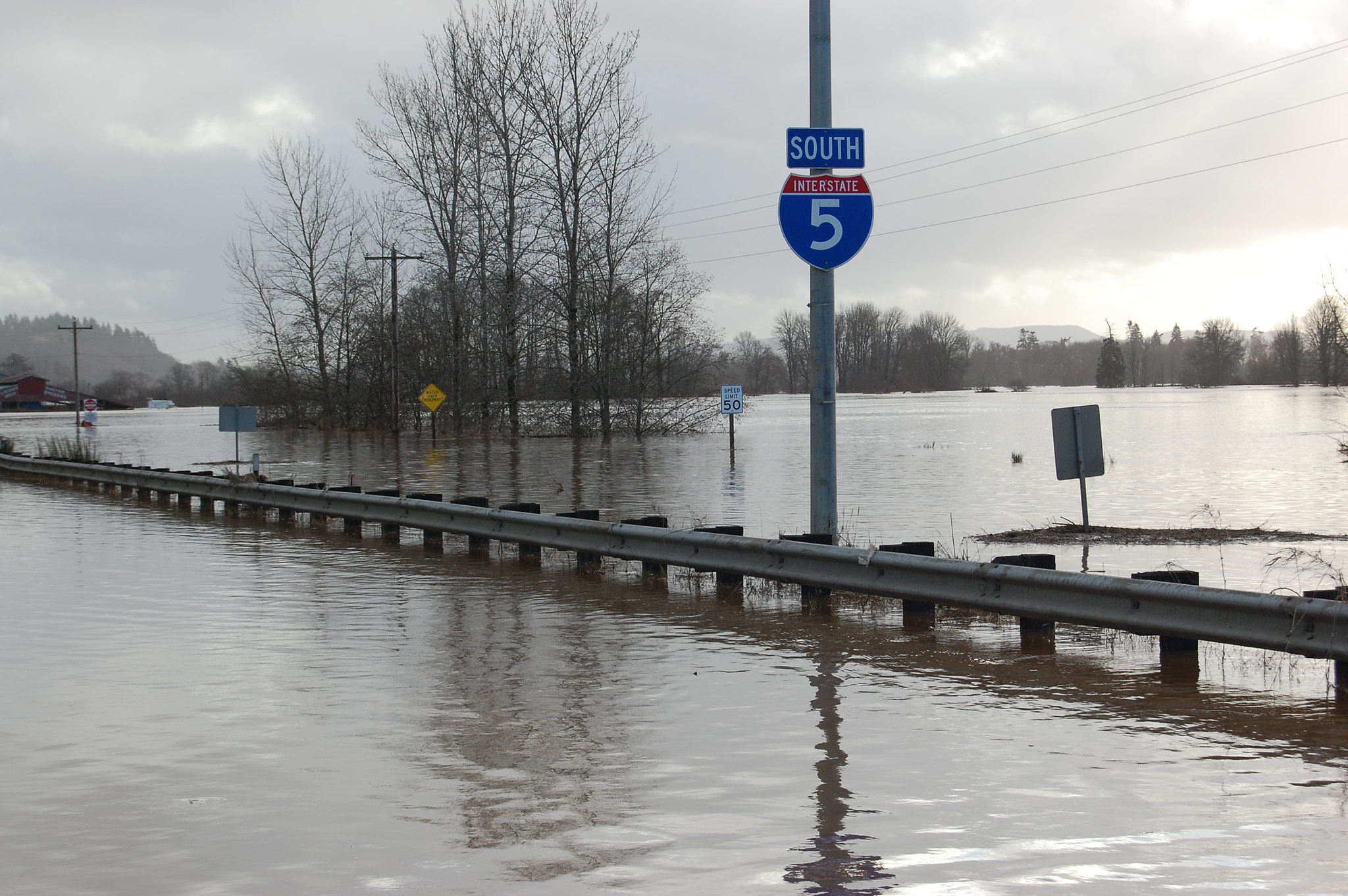 Home » A Guide for Journalists » Covering Your Climate: An A-to-Z Guide to Emerald Corridor Climate Impacts 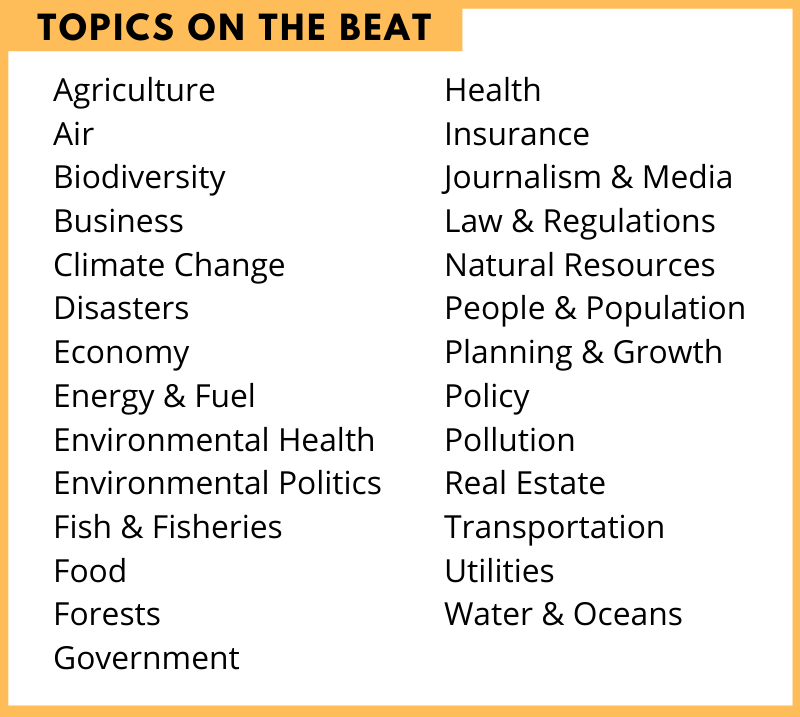 “Covering Your Climate: The Emerald Corridor,” a joint project by InvestigateWest and the Society of Environmental Journalists’ SEJournal, is meant to help journalists in the Pacific Northwest cover the impacts of climate change, as well as action taken to mitigate its worst effects and adapt to what can’t be stopped. Below, read a tipsheet on covering climate impacts. Also see the special report’s opening backgrounder and stay tuned for additional tipsheets and a toolbox in the coming weeks.

The days of thinking about climate change as a future problem are over. The effects of a warming climate are everywhere. This tipsheet is meant to help journalists on any beat cover the impacts.

Heat, drought and wildfires are the top expected effects in the Emerald Corridor that stretches from Vancouver, British Columbia, to Portland, Oregon, and the nearby Willamette Valley, affecting business, health, politics and the basic functioning of everyday life in myriad ways.

Running the online world consumes a lot of real world energy, as Big Tech ponders its own footprint and whether
artificial intelligence can help.

The natural resource economies that built the region — including logging, fishing, farming and mining — are now threatened by climate change. Agriculture, including forestry, remains vital to the Northwest economy.  But technology, manufacturing, service-based businesses — like real estate, schools, health care and government, and in Washington, military and aerospace — also dominate. All will be affected.

Approach story-hunting through the prism of your beat. If you’re an energy reporter, think about how climate change will affect current energy sources, either by making the problem worse, like a carbon dioxide-emitting coal plant, or by growing more renewable energy sources like solar. If you cover sports, how will the warming climate affect the games? And so on …

You can also localize climate-related news events in other cities, states and countries. Ask your own original questions: How do climate changes lead to societal changes right here? How is some of the fascinating new information about the impacts of climate change reported elsewhere playing out in your community?

This reporter’s guide is arranged in A to Z fashion, including neglected angles and stories, with hotlinks to articles to get you started. 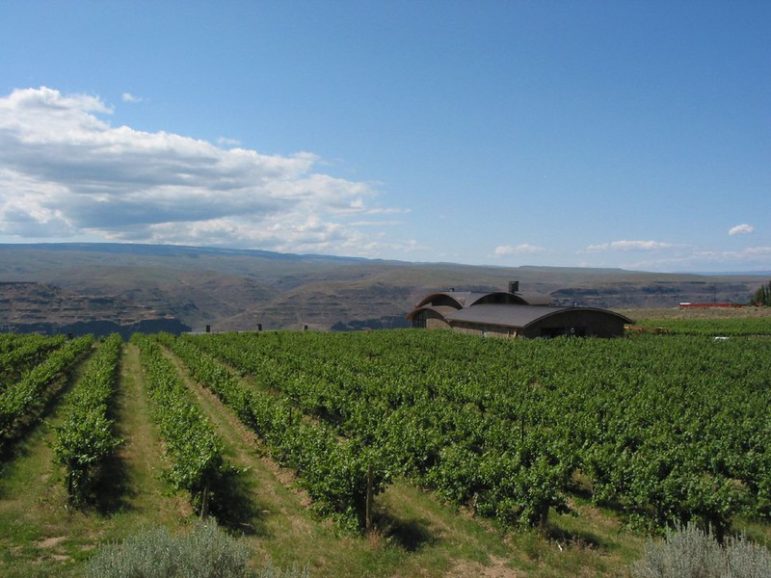 Since 2000, Cave B Estate Winery has been producing wine, but rising temperatures could affect the sensitive grapes. Cave B’s vineyard is located in Quincy with tasting rooms there, in Kennewick and in Redmond-Woodinville.

Agriculture and food: The good news: Pacific Northwest wheat could benefit from warming — for a while. The bad news: Many current crops could migrate or wither with more warming. Already some farmers, notably in the Midwest and Great Plains, are choosing suicide after weather disasters. Expected effects include increases and decreases in productivity of certain crops like wine grapes, barley and hops; less water available for irrigation; more vigorous pests, weeds and plant and animal diseases; and, for the farmers who export, potential vulnerability to global economic trends influenced by climate disasters.

Business and economy: As impacts like ocean acidification threaten the world economy, big businesses like Starbucks, BlackRock (subscription required) and others are taking notice of climate change, pledging action and pressing Congress for policy fixes. Example: Seattle corporate giant Starbucks will cut dairy and meat on its menu and reduce water waste to halve carbon emissions.

Northwest cities and towns are woke to how unfairly climate change affects
communities of color and indigenous people.

Big cities and small towns: In the absence of national climate action, cities need to prepare for hotter climate scenarios. Note the map showing Portland’s climate becoming more like Sacramento’s by the 2080s. Rural hotspots already are some of the warmest places in Oregon.

Education: As Pacific Northwest tribes grapple with coming climate changes, the youngest generation demands more information, too. How are educators dealing with the sometimes-divisive issue in local schools?

Energy: Even before energy alternatives became financially competitive with fossil fuels, the Northwest US and British Columbia were embracing renewables.

Equity and environmental justice: Northwest cities and towns are woke to how unfairly climate change affects communities of color and indigenous people.

Government and politics: The possibilities here in the Emerald Corridor are seemingly endless. State and provincial lawmakers of Oregon, Washington and British Columbia all are struggling with how to respond. That’s getting news media coverage. But what about the lesser-known effects of national politics here? As part of its massive climate denial stance, the Trump administration has shortchanged a program to buy out flood zone property and has manipulated data to stimulate logging.

Global climate: Australian fires, Arctic warming and a Japanese fishery crash are just some of the ways climate change connects the Northwest to the world, explaining why the United Nations wants to protect 30% of Earth to slow the effects. The Emerald Corridor, particularly Vancouver and Seattle, is a particularly international place. Potential story idea: What do ex-pats from those parts of the world have to say?

With acceptance  of the reality of  climate change  comes anxiety; some doctors are prescribing nature.

Immigration: Intolerable warming, drought and food scarcity has put millions of people on the move. Experts predict the Pacific Northwest will be a big destination (PDF) for American climate refugees.

Insurance: The companies that insure the insurance business saw the economic threat of climate change back in the early 1990s. Now insurers are charging more and even pulling out of some places. In Washington, the state lands commissioner is trying to tack a $5 surcharge onto insurance policies to help fight increasingly common and increasingly intense wildfires that blanket the Emerald Corridor and the entire region with smoke.

Lifestyle: Climate change provides creative inspiration for architects, fashion designers and even designers of tires and a “burial suit” embedded with flesh-eating microbes. Potential story idea: What is happening in Vancouver? In Portland? And points in between?

Mental health: With acceptance of the reality of climate change comes anxiety; some doctors are prescribing nature.

National security: War contributes to climate change. And even in peacetime, the changing climate is threatening military infrastructure. Washington state is a natural place to explore this story because of its heavy military presence, much of it shoreside.

Nature: Butterflies and birds are in peril, but a few changes may be useful, like fungi that can store carbon dioxide. Researchers seek ways to manage impacts of a far more variable climate. Some citizen scientists are helping academic researchers document the changes in and nearby the Emerald Corridor. 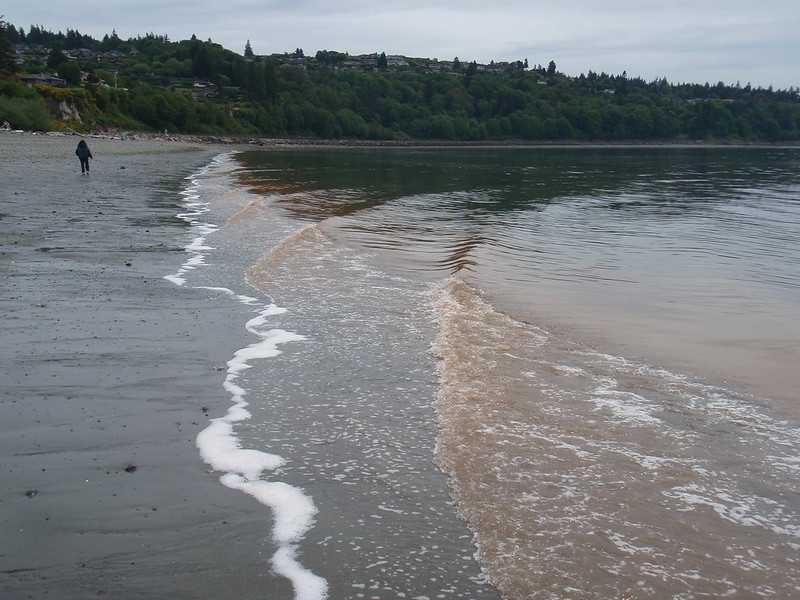 In 2013, an orange-brownish algae bloom swept onto shores along Richmond Beach in Shoreline.

Ocean: The Pacific Ocean is where you’ll find the first dramatic effects of the changing climate — from waterborne heatwaves to acidic water to harmful algal blooms, coastal dead zones, seabird deaths, whale entanglements and the Blob.

Real Estate: If you want your grandchildren to inherit your home, maybe you shouldn’t build it on the coast, on a river or in a floodplain. Coastal flooding already threatens 9,000 people in Oregon and 35,000 in Washington, while British Columbia authorities are taking extensive action to prepare.

Science and scientists: Nobody knows what’s coming better than the scientists who study climate change. Some of their offices and labs are already threatened by rising seas (may require subscription). Their insight into the future has led some to cut their own carbon footprints, embrace social justice and even run for office. Sources here include the Climate Impacts Group at the University of Washington, the Climate Impacts Research Consortium at Oregon State University and the Victoria-based Pacific Institute for Climate Solutions, supported by four universities. 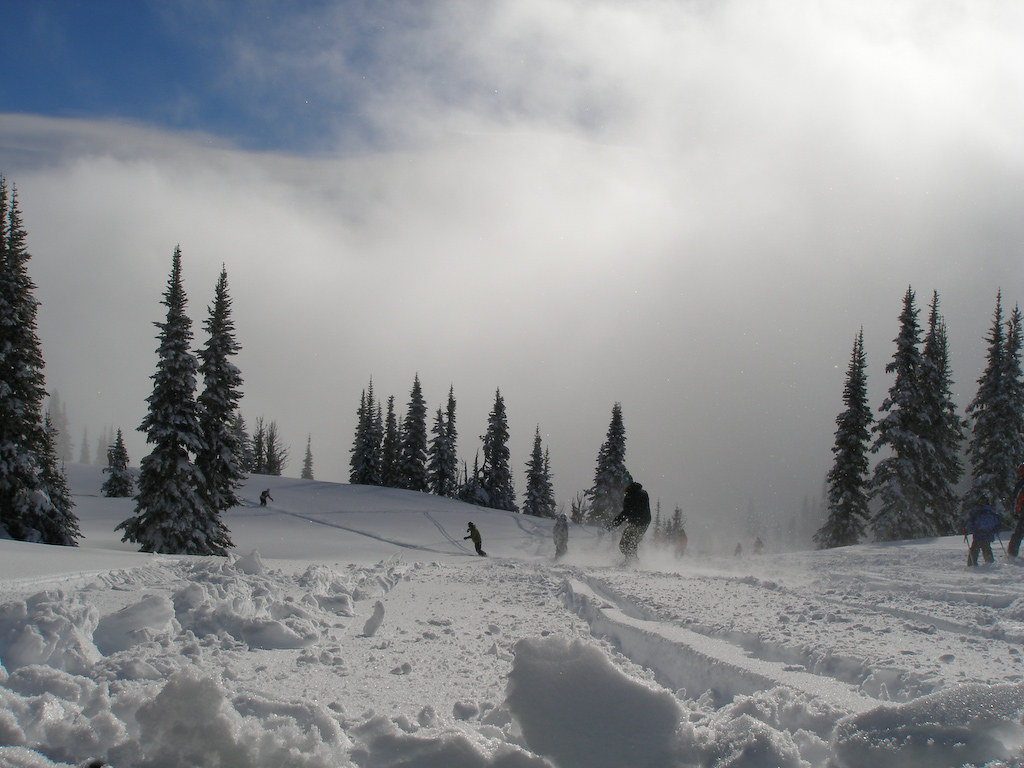 Sports and recreation: 2020 Super Bowl host city Miami already floods from sea level rise and all cities with NFL teams have warmed in the last 50 years. In the Pacific Northwest, spots favored for skiing, salmon-fishing and many other outdoor activities are under threat, prompting resorts to rethink their future, and skiers and snowmobile enthusiasts to adopt stronger ethics.

Technology: Running the online world consumes a lot of real world energy, as Big Tech ponders its own footprint and whether artificial intelligence can help. With Microsoft, Amazon, Google and other tech giants employing hundreds of thousands in Washington, and the likes of Apple and Hewlett-Packard planting flags in Oregon’s Silicon Forest, and Samsung and Oracle locating branches in Vancouver, this is a natural story for the Emerald Corridor.

Transportation: Cars, buses, trucks, trains and planes emit a lot of greenhouse gases, so policymakers consider alternative fuels, new ways to get around and new ways to work. The Pacific Northwest may be especially good at it.

Water: Even as heat and drought melts glaciers and snowpack, and hurts some rivers and resident fish, the Northwest is water-rich compared to much of the United States, which may explain why Wall Street is coming for our water.

Weather: Climate is what you expect — weather is what you get. And with climate change, one of the known knowns is a future full of uncertainty: wildfires one week, torrential rain the next, as the patterns of giant global weather-making systems suddenly shift.

Cross-platform writer-producer-editor Christy George has been covering climate change and the environment for 15 years.

She’s currently an itinerant editor for public radio newsrooms from Seattle to Salt Lake City, and has been a reporter-producer for the PBS-TV program, “History Detectives;” the national business show Marketplace Radio; Oregon Public Broadcasting, WGBH-TV; WBUR-FM; and the Boston Herald, where she edited national and foreign news.

Her awards include three Emmys, an Edward R. Murrow award and a Gracie Allen award. She shared in Marketplace’s team Columbia-duPont Silver Baton. She was a 1991 John S. Knight Journalism Fellow at Stanford University.

George is also a past SEJ president and board member.  She and Rocky Barker are co-chairing SEJ’s conference in Boise, Idaho this coming September.