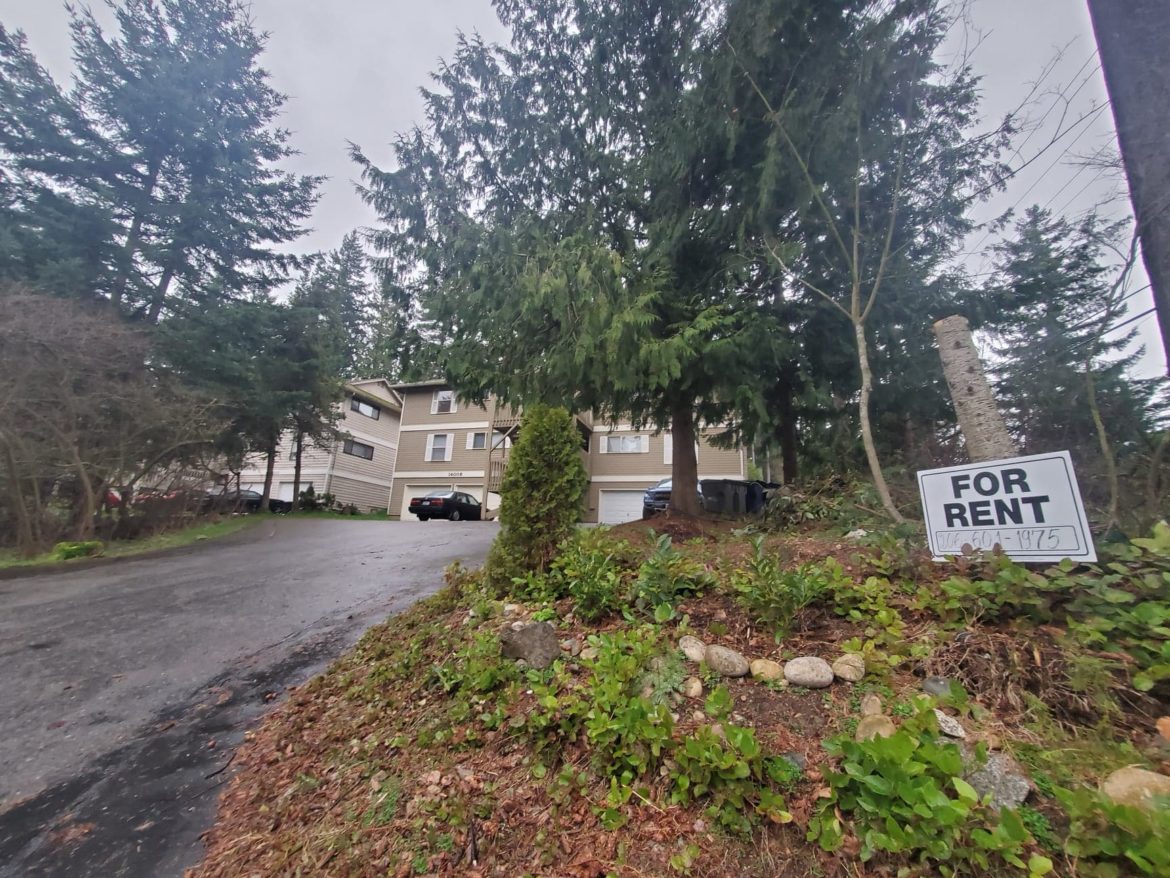 This quadruplex is in a section of Edmonds zoned for multi-family living.

OLYMPIA — Legislation moving through the Washington capitol would clear the way for duplexes and other multi-household homes in almost all areas of the state currently set aside for single-family homes.

Bills before committees in the House and Senate would have Washington join Oregon in a statewide ban on zoning that prevents construction of multifamily dwellings including townhomes, flats, garden apartments and buildings as large as six units in neighborhoods zoned for single-family homes. Efforts to reverse multifamily housing bans have foundered under pressure from homeowners worried such changes would undercut property values and reshape neighborhoods. Lots zoned single-family occupy some 1.8 million properties in a state of 7.5 million residents; almost all of them would be affected.

Construction of multifamily housing is seen by supporters as a win for the environment, decreasing sprawl and car commutes while reducing in-home energy use. Opponents say the proposal would eliminate single-family neighborhoods as they have existed for decades and remove local control from planning decisions.

The legislation would not require that multifamily homes replace houses, but local governments would be restricted from setting building requirements meant to discourage construction of multi-household homes. 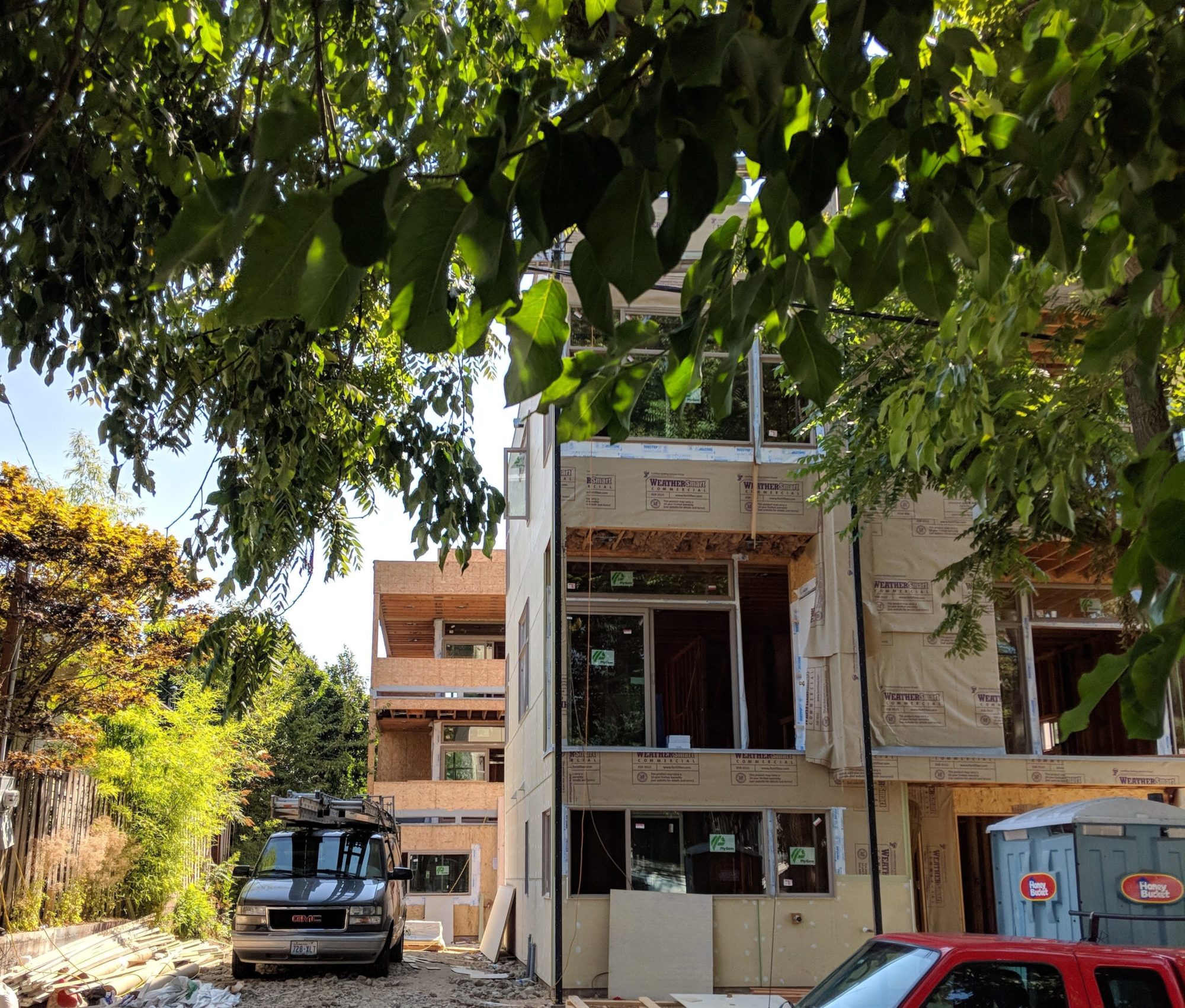 Multifamily buildings could not only help to reduce sprawl and commutes for residents, but they would also stand to sell at a lower price, opening up new, more accessible pathways to home ownership, supporters say. Detractors fear pricier new housing units will come in.

Affordable housing advocates across the country point to prohibitions on multifamily construction as a key driver in rising housing costs, and have recently succeeded in reversing some decades-old bans. Their broadest win came last year in Oregon, where the state legislature required that all but the most rural jurisdictions allow duplexes in areas zoned for single-family homes. Minneapolis enacted a citywide up-zone in 2019; Olympia relaxed restrictions in 2018, though that city’s ordinance has since been rejected by a state hearings board.

Resistance to the changes has been stiff, even in progressive bastions like Seattle, where a contentious revision to city zoning codes opened only an additional 6% of the city’s house-only neighborhoods to multifamily housing. Most residential areas of the city remain closed to new multifamily buildings. 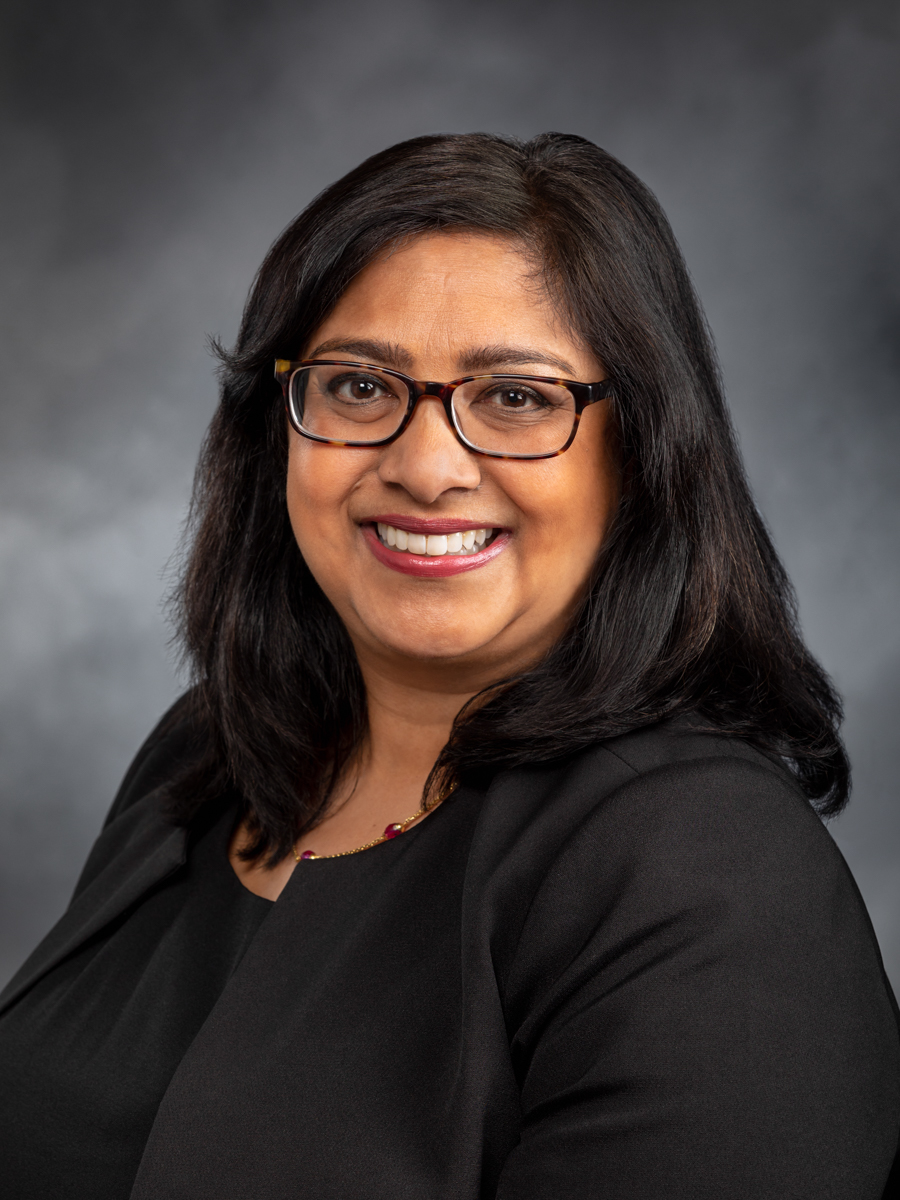 Sen. Mona Das, a Democrat from Kent, believes that ” homeownership is the pathway out of poverty” and that this new legislation opens up new avenues to it. (Photo: Washington Senate Democrats)

The bill’s main sponsor, State Sen. Mona Das, a Democrat from Kent, said the legislation she is sponsoring would create more rentals, and also open up avenues to homeownership currently closed to many Washingtonians.

Homes in multifamily buildings stand to sell at a lower price than standalone houses. But Das, a mortgage broker, noted that first-time buyers may find properties that include potential rental income more accessible. Expected rental income factors into the mortgage application, and can improve a would-be buyer’s ability to obtain a loan.

“I believe that homeownership is the pathway out of poverty,” Das said. “They can be a homeowner, and it will change their lives, and the lives of their family.”

The legislation under consideration would require Washington cities with populations of more than 10,000 residents and most counties to allow for the construction of duplexes inside areas designated for urban growth — roughly the city limits in most cases — zoned for single-family houses. In cities with populations greater than 15,000, multi-plexes up to six units, flats, townhouses and courtyard apartments would be allowed on lots within a 1/2 mile of transit stops.

Activists on both sides of the issue argue the legislation — Senate Bill 6536 and House Bill 2780 — could bring dramatic change to Washington, where the population has long grown far faster than its housing stocks.

For supporters, the prohibition’s end would enable builders to fill the “missing middle,” a buzzword in affordable housing circles meaning low-profile, multifamily buildings attractive to people who either can’t or don’t want to live in apartment towers or houses. Zoning reforms enacted in the 1970s — reforms that followed the repeals of segregationist housing laws — blocked construction of such medium-density housing in part to prevent lower income minority residents from moving into historically whites-only neighborhoods. 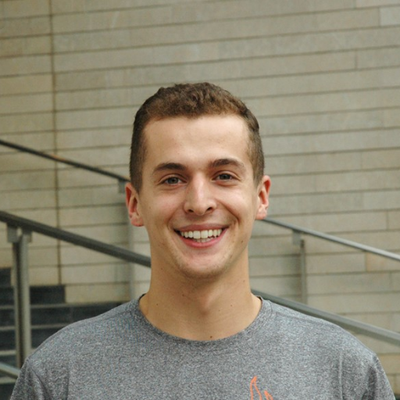 Calvin Jones, a Seattle housing activist, notes that a shift to multifamily housing would change his Capitol Hill neighborhood, but for the better, allowing people to make a smaller carbon footprint and enjoy the amenities. (Photo: Twitter/@calvinrjones)

Calvin Jones, 28, lives in one of the leftovers of that earlier age.

Speaking to a state Senate committee in January, the Seattle housing activist explained he pays $1,000 a month to rent in a triplex near Washington Park Arboretum on Capitol Hill. Jones, describing a common sight in a city rapidly growing wealthier, said three smaller houses near his home were recently torn down and replaced with 3,000-square-foot, $2 million “mansions.”

“I can’t help but to think what the world would look like if those were triplexes. We’d have more people able to live low-carbon lives taking public transit,” said Jones, an activist with Tech 4 Housing. “We’d have lower carbon footprints, because of lower heating and cooling costs. And I’d have more neighbors to share [in] the amazing amenities.”

For opponents, the legislation’s passage would signal the end of a quintessential American lifestyle.

A retired state employee, Colleen Bradford and her husband saved most of their lives to buy a house. They were both 50 when they finally closed the deal, buying an 880-square-foot home in Olympia. Addressing a House committee last week, Bradford objected to state lawmakers forcing cities to allow multifamily homes.

But those neighborhoods may soon be beyond the means of most working people. Most Washington counties saw home prices double between 2000 and 2015, according to a 2018 report by pro-density land-use think tank Up For Growth. According to the organization’s analysis, the state added 558,682 homes during that period, but needed to construct 225,642 more homes during the same period to keep up with the demands of its increasing population.

Das, the senator from Kent, said she sponsored the legislation in part because those pressures have left her unable to purchase a home. Operating her own mortgage business, Das couldn’t afford home ownership in the Seattle suburb.

Increased density, which Das says the legislation will promote, reduces carbon emissions by enabling workers to live closer to their workplaces or transit hubs. She also hopes to protect open space by reducing sprawl driven by residents looking farther from employment centers to find housing they can afford. 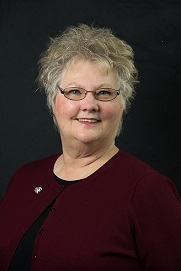 But Thompson said the reforms were done in close consultation with residents. A state mandate would preclude that community engagement.

“The important thing was local input,” Thompson said. “We talked to our neighbors, we talked to the folks who lived in the neighborhoods and figured out what was going to work. That is what is missing here.”

Decades of restrictions keeping multifamily housing out of single-family neighborhoods have made hours-long commutes to sprawl-prone suburbs commonplace, said Randy Shaw, a San Francisco housing activist and author of Generation Priced Out: Who Gets to Live in the New Urban America.

Workers unable to pay San Francisco rents commute from as far as Sacramento, a 90-mile drive, and they have it better than those in Los Angeles, who waste nearly five days’ worth of time each year stuck in traffic. (Seattle drivers lose about 3 1/4 days a year, according to the same Texas A&M Transportation Institute report.)

But, while the housing crisis is viewed as the leading threat to California’s economy, lawmakers in the state last year stepped back from wide-ranging zoning revisions that would’ve encouraged dense in-city development.

Shaw, who supports the stalled California legislation, sees a generational divide on the issue. Youth-oriented environmental organizations, including the Sunrise Movement, and politicians drawing on younger supporters favor reform, Shaw said. Older progressives prove to be a tougher sell.

“The reality is that many Boomer environmentalists do not see in-fill housing as an environmental issue,” he said in a telephone interview. “In fact, they see any development as anti-environment.” 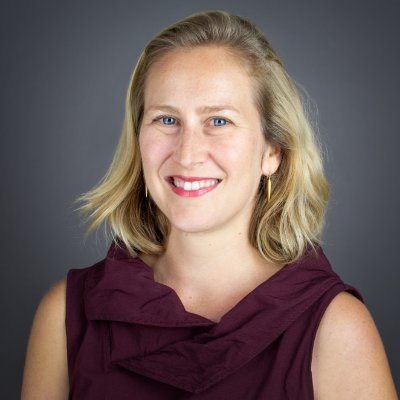 Author Diana Lind believes that, while more dense housing can prevent gentrification of a neighborhood, unless the housing is purposely built to be affordable, that could be exactly what happens since most developers will maximize their profits. (Photo: Twitter/@dianamlind)

To cut the carbon costs inherent in car commuting and sprawl, housing costs must drop, Shaw said. And it does not necessary follow that new multifamily housing will be affordable.

“Unless the housing is purposely built to be affordable housing, most developers are going to maximize their profit on the piece of land,” said Diana Lind, author of the forthcoming book Brave New Home: Our Future in Smarter, Simpler, Happier Housing.

But, Lind said, “not having more dense housing is certain to also gentrify a neighborhood, and make it more exclusive. It’s just exclusive for the old-timers, not the newcomers.”

Lind supports denser cities, opposes restrictions on multifamily construction, and hopes for a day when a house with a backyard and a garage aren’t integral to the American Dream. Recasting the idea of what makes a good home is complicated, she said, by the fact that most American property owners view their home their core financial asset. If housing becomes affordable and abundant, homeowners lose out.

“You’re essentially incentivized to see housing prices increase if you’re a homeowner,” Lind said. “That’s where your wealth is.”

That financial pressure — and a fear of losing a lifestyle — have animated opponents of zoning reform. In Washington state as elsewhere, the housing policy fights also create strange political bedfellows. 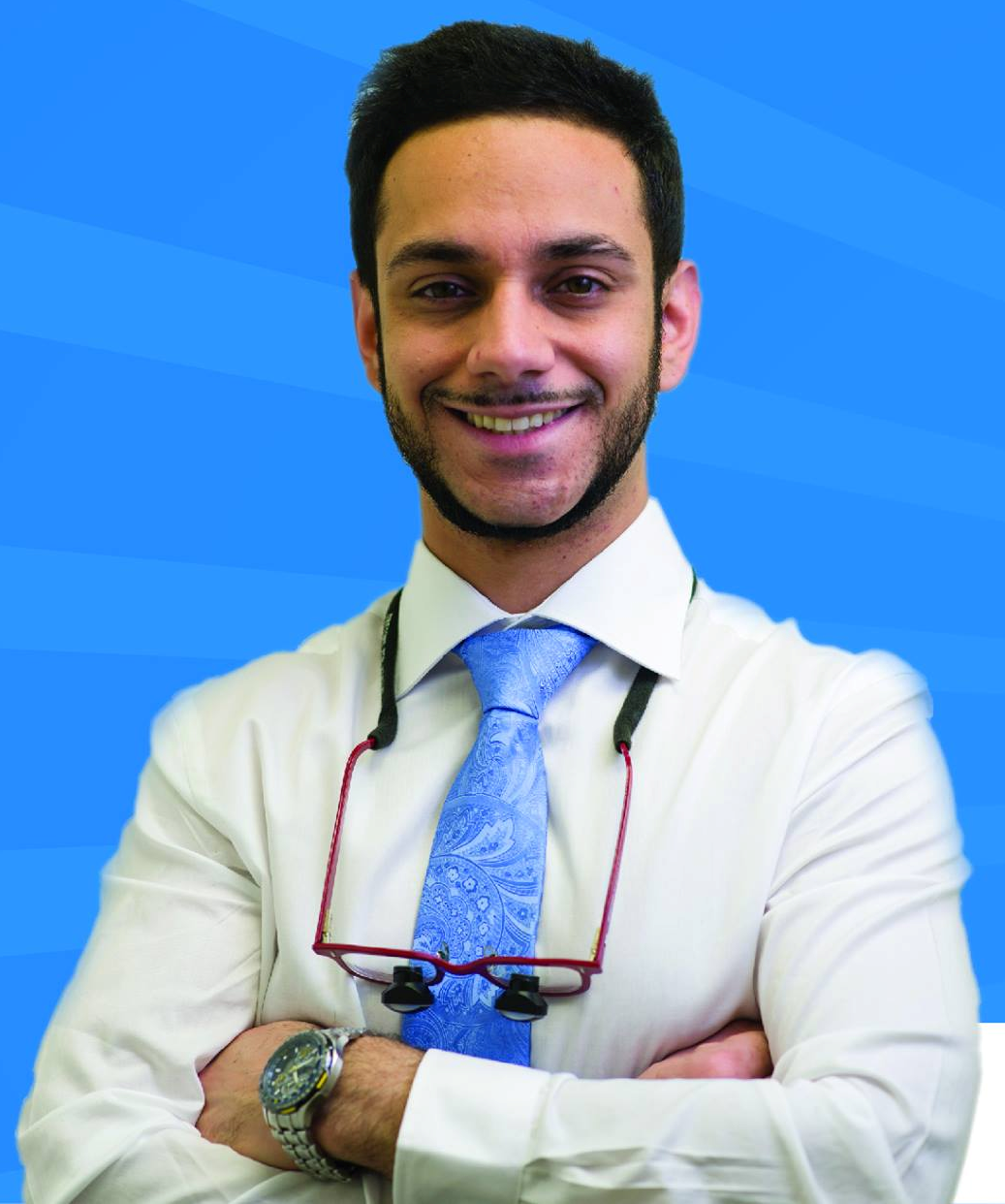 Ibraheem Samirah, a Democratic delegate in the Virginia General Assembly, said his push to remove restrictions there has been joined by property rights Republicans and density supporting, “Yes In My Back Yard” liberals. Samirah, whose district includes suburban Washington, D.C., said lawmakers of both parties are, in private, “declaring full-scale war” and denouncing the proposal as an unjust intrusion on local control that is “the end of their power.”

Speaking by phone, Samirah dismissed the contention that housing policy can’t be directed at the state level.

Associations representing Washington’s cities and counties have offered similar, if more polite, objections to Das’s legislation, citing concerns about the loss of local control in zoning decisions. If enacted, the law would require lightly populated localities like San Juan County to allow multifamily homes in urban areas. Rural lands outside the urban growth areas bounding municipalities would not be impacted.

Carl Schroeder of the Association of Washington Cities noted that the legislation would likely impact nearly all of the single-family lots in the state and pose a planning challenge for cities already “moving full speed” to increase housing density. Schroeder, speaking last week to the House Committee on Environment & Energy, said 64% of the state’s cities have “some kind of solution in the works.”

But legislation proponents note that cities have been slow to relax the restrictions. Nisma Gabobe of the Sightline Institute, a Seattle-based public policy think tank, described multifamily zoning as a key step toward shrinking the region’s carbon footprint.

“These problems aren’t unique to any one city or county,” Gabobe said Thursday. “They span across the jurisdictions…

“The state must step in to ensure that cities do their part.”

Das’s legislation passed out of the Senate Committee on Housing Stability & Affordability on Wednesday and is expected to receive a hearing in the body’s Rules Committee in coming days. The House bill, sponsored by Rep. Nicole Macri, D-Seattle, has stalled. But the House could take it up if the Senate passes it.

Other legislation aimed at reducing restrictions on housing construction filed this session includes: