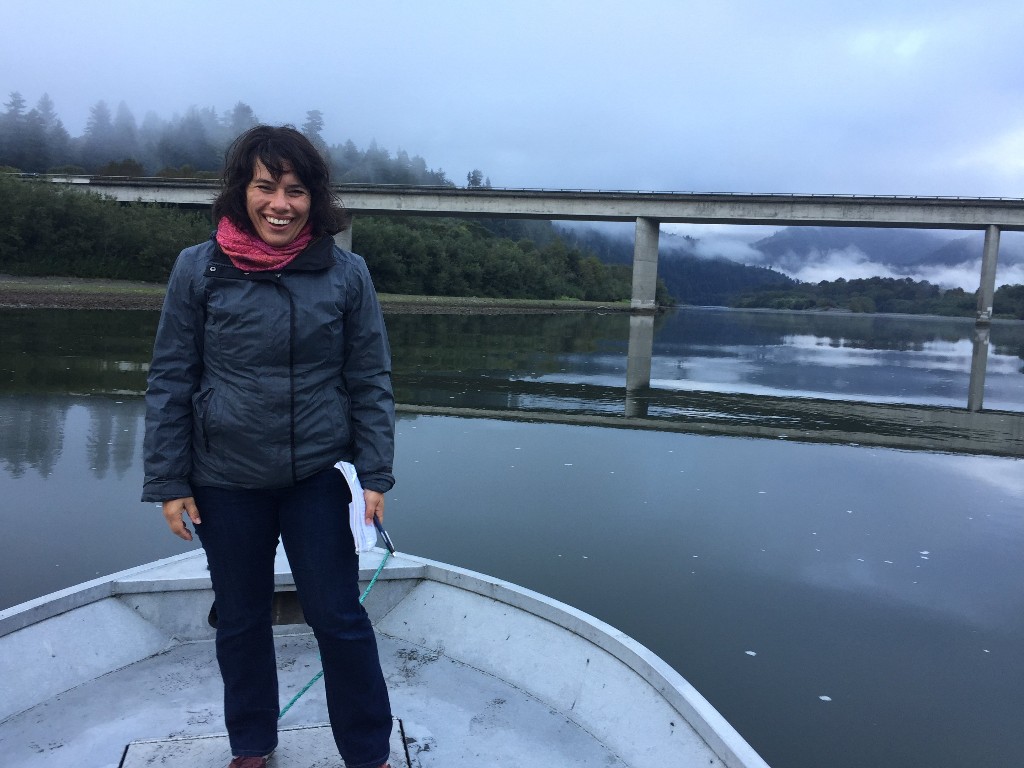 On the road again: Reporting trip as antidote to assumption

Home » Indian Country » On the road again: Reporting trip as antidote to assumption

I packed with a sense of dread. My two sons, ages 2 and 5, sat on the edge of the bed and watched me place my digital recorder, extra batteries, my practical raincoat, and two reporter’s notebooks into my roller bag. Don’t go Mama. Why do you have to go? I explained about being a reporter, about how interviewing people in the place where they live and work helps to tell a better story. But I looked at their serious brown eyes and thought: good question.

This sludgy discomfort in the face of an upcoming reporting trip wasn’t exactly a new feeling. I’ve been packing to go on assignment since 1999 and, despite being a card-carrying extrovert, I almost always have a tentative feeling before setting out to talk to strangers. Would my questions be the right ones? Would they engender trust? How awkward would I feel and would it matter?

The next morning, before the kids were awake, I caught a flight to San Francisco, and a cab to Noe Valley to meet Judge Abby Abinanti, chief justice for the Yurok Tribal Court and a former California state judge. The assignment for InvestigateWest was to write about Judge Abinanti’s unique and compassionate approach to justice, how her implementation of traditional Yurok religion and culture in her courtroom was becoming a model to many state and federal judges nationwide. I met the judge in a café and the quiet between us, diffused only slightly by the bustle of the café, hung thick in the air. I was about to spend seven hours in the car accompanying Abinanti on the drive to the Yurok Reservation in northern California and we could hardly make it past hello without awkwardly staring into our coffee cups. I excused myself and went to the bathroom. I stared at myself in the mirror and said, out loud, “shit.”

And yet, a reporting trip is an antidote to assumption. Rarely has life on the road unfolded the way I expect. Once in the car, Abinanti and I fell into comfortable conversation that ranged from her judicial philosophy to stories about her grandfather, a bank robber who broke out of San Quentin. “We’re both in the law, just different sides,” she said with a wry smile. Another thing she said is now scrawled on a notecard and tacked above my desk, “You’re going to make a mistake every day. But it’s the biggest mistake to think you won’t make mistakes because then you don’t learn from them.” She put on an old CD someone had made for her of sacred Yurok brush music, what sounded to me like a heartbeat thump, and the sound of walking through thigh-high dry grass.

Abinanti might be awkward, or, in her words, someone who “doesn’t have enough manners,” and yet she isn’t isolated from those around her. On the contrary. On the drive she fielded a phone call from an employee whose brother had just been arrested for murder and after the call grew quiet, worried, thinking. Everyone she knew seemed to count as someone important to worry about, not just the hundreds of tribal members who come through her court, or her brother who lives with her or her daughter, but her friend’s niece who was in Puerto Rico while the hurricane thrashed, even me. 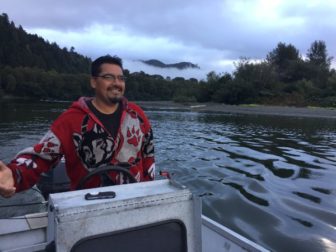 One day, I finished a 12-hour day in Arcata interviewing tribal members who are victims of domestic violence, and I called Abinanti back on the Yurok reservation, as instructed, before I got on the road.  She had invited me for dinner but I wouldn’t make it back in time. “Call us when you get here so we know you got in safe,” she said. I explained that my cell phone had no service on the reservation. But I assured her I would be fine, I would be careful, I had, after all, been doing this job a long time.

Two hours, a mountain pass and a stretch of road known for elk crossing later, I rolled into my motel. Judge Abinanti, age 70, was sitting in her car, in the dark parking lot, waiting, wanting to make sure I got back safely. It was after 9 p.m. After assuring I was safe, she headed home.

The Yurok reservation extends one mile in either direction from the Klamath River’s mouth at the Pacific Ocean and inland for approximately 45 miles. To really understand the Yurok, who are salmon people, is to know their river.  And so one morning, the police department dispatcher and Abinanti arranged for me to get out on a boat with Robert Ray, of the Yurok Fisheries Department.

It was early morning. The sun was just rising and wisps of clouds hung low, mirrored on the still water.  Ray drove the boat to the mouth, past seals lolling and barking on the spit, and into the surf where sea lions rolled and leapt, waiting to catch fish carried in on the tide. He pulled a U-turn and we sped upriver, past a ceremonial pit where Yurok have been dancing for hundreds of years, past the spot where a whale had beached years earlier; around every rock was another story. As the river narrowed and redwoods, yellow alder and willows pressed in from the bank, Ray cut the motor. There, he said, arms wide, there is where I once saw 300 salmon. There, he said, pointing to his grandmother’s fishing hole where he and his brother used to swim and check nets.

It occurred to me then, as it had in the car with Abinanti, as it has  countless other times I’ve been on the road and seen a new place or heard someone’s story: this is the very best job.