By Annica CrouseJuly 25, 2018No Comments

For young athletes in Oregon, the 2010 academic year started with pioneering protections — among the first in the nation — requiring that public school athletes be medically cleared following a concussion before returning to competition.

But for Jenna Sneva, a competitive skier from Sisters, Oregon, the school year started horribly. Only months earlier, she’d been on top of the world, winning a gold medal in skier cross, a type of freestyle ski racing, at the USA Snowboard Association, fueling dreams of a spot on the U.S. Olympic Team.

By the fall of 2010, starting her sophomore year at Oregon State University, Sneva was experiencing severe headaches and migraines, as well as cognitive difficulties, depression and social anxiety.

The root of Sneva’s struggles were concussions she had experienced on the ski slopes as a young athlete, as she later discovered when she was diagnosed with post-concussion syndrome. Sneva estimated that she’d had 11 concussions in her life before being diagnosed with PCS that fall.

But the pioneering Max’s Law, passed by the Oregon Legislature in 2009, couldn’t help Sneva. It wasn’t only that the law came too late. Even if it had been in effect when she was younger, it offered no protection for young athletes like her.

That’s because Sneva wasn’t skiing on behalf of a public school. She participated in private competitions, which were not governed by Max’s Law.

David Kracke, the Oregon lawyer who was pivotal in passing the legislation, remembers the decision to focus solely on public institutions in the bill named for Max Conradt, a former high school quarterback who suffered a permanent brain injury after back-to-back concussions.

Kracke told the Pamplin Media Group that at the time, he thought having a jurisdictional hook — the state already presides over public schools — was key to getting the legislation to then-Gov. Ted Kulongoski’s desk. 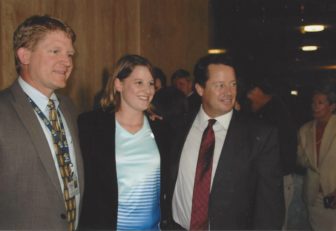 “We did not feel like we had the political clout, or the organizational clout, to say, ‘We want this to cover all youth within the state of Oregon,’” Kracke said. “That was one of the limitations to Max’s Law. Looking back, I wonder, should we have pushed it a bit more?”

Kracke decided not to push for a law governing nonpublic school athletics in 2009 — but he and others returned in 2013 with a new bill. After living with PCS for four years, Sneva was willing to take up the fight and join them.

Sneva’s doctor at Oregon Health & Science University was Jim Chesnutt, one of the state’s top concussion experts. As co-director of the Oregon Concussion Awareness and Management Program and medical adviser to the Oregon Student Activities Association (OSAA), Chesnutt helped craft a bill to extend the protections of Max’s Law to young athletes competing outside of public schools. He made Sneva the public face of the issue.

“Helping testify to support Oregon Senate Bill 721 has been amazing,” Sneva said in a statement on OHSU’s website. “When I learned they were thinking of calling it Jenna’s Law, I was amazed and humbled. It was so cool and intense to meet everyone supporting the bill, like a crash course in politics.”

Originally, some state lawmakers feared that, under such a law, the occasional volunteer coach could be held liable for a youth athlete’s concussion. The bill’s sponsors amended the wording to include legal protection for coaches and referees who make an honest effort to follow the appropriate guidelines. That cleared the way for passage and then-Gov. John Kitzhaber signed it into law in September 2013. It took effect in 2014.

“I feel great about this bill being passed,” Sneva said at the time. “It means someone will be looking out for you and taking head injuries seriously.”

The new legislation was built on the basic framework of Max’s Law, requiring coaches and referees to receive annual training for recognizing possible concussions, and not allowing athletes to return to games or practices before being medically cleared. 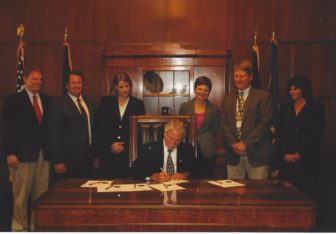 Jenna’s Law applies those same requirements to organized youth sports that take place outside public schools. It also requires parents and children 12 and older to acknowledge they have received information about how to recognize the symptoms of a concussion.

The requirements put forth by Max and Jenna’s laws can be boiled down to three words, according to Melissa McCart, project coordinator at the University of Oregon’s Center on Brain Injury Research and Training. The first is “recognize.”

“One, you have to be able to recognize when a potential brain injury has occurred,” McCart said. Toward that end, the center provides training seminars for coaches, referees, athletic directors and educators, as do other organizations such as the OSAA and the federal Centers for Disease Control. Those trainings teach people how to recognize the signs of a concussion — and to err on the side of caution, McCart said.

“A lot of people used to believe that a person has to be knocked out to get a concussion, and that’s not true,” she said. “Most people do not lose consciousness.”

“Two, if you see something and you suspect something may have occurred, that you’re going to remove the student from play,” she said. “And three, that you don’t return the student to play until symptoms are resolved and you have a medical release.”

McCart said that thanks to Max’s Law and Jenna’s Law, understanding and caution around concussions in the Oregon youth sports world — both in school and out — have steadily improved.

“It’s getting better every single year.”

A hard look at Jenna’s Law

Our reporting on Jenna’s Law shows that it has helped plug a hole in Max’s Law by providing concussion protocols on some youth sports that take place outside public school settings. But it also revealed that there remain gaps in Jenna’s Law, as many recreational sports fall outside the reach of the regulations and there is a lack of awareness of the protections that should be covered by the law.

In coming weeks we will explore how Jenna’s Law is — and isn’t — working.

If you have a child participating in sports outside of school and would like to share your concerns over concussion prevention efforts or your child’s experience with a head injury, please send an email to rattled@pamplinmedia.com or join our Facebook group at www.facebook.com/groups/Rattled.