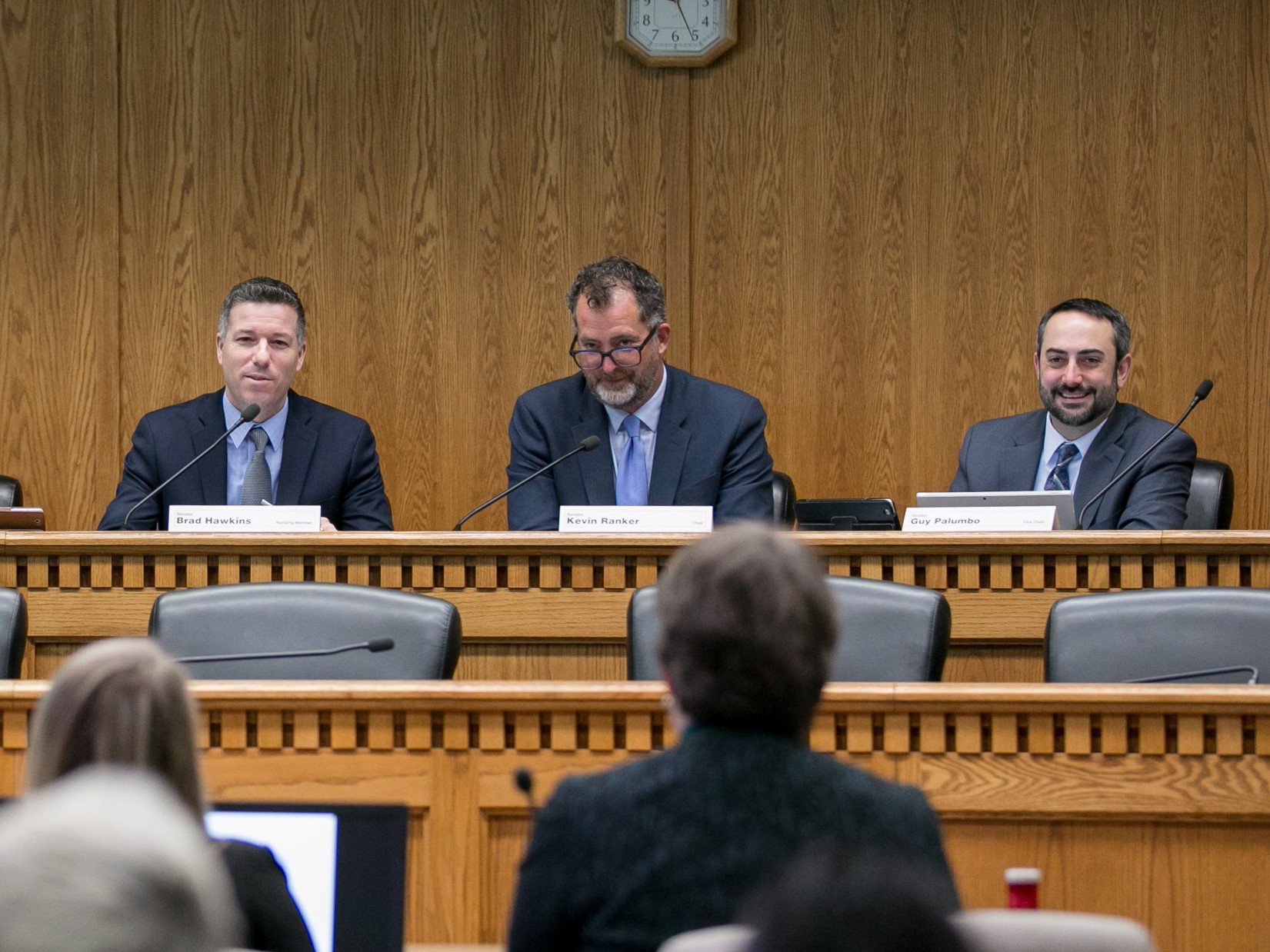 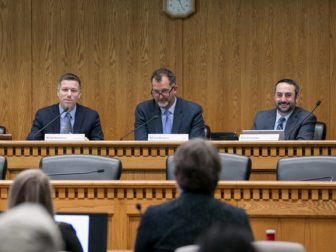 This year Washington became the first state in the nation to pass legislation specifically designed to help foster youth access apprenticeship opportunities, which offer a steady path to full-time employment in a highly skilled trade.

Research shows that foster youth are likely to earn even less than other low-income youth living around them. Bill sponsor Sen. Kevin Ranker, D-Orcas Island, declared his intent to expand opportunities for children facing “immense obstacles or lack the support of their families.”

The legislation, SB 6274, offers financial assistance to foster youth, former foster youth and homeless youth for up to six years or until the person turns 26. It lowers the eligibility age from 16 to 13 and is expected to nearly double the number of eligible students.

Washington’s new law comes on the heels of President Donald Trump signing an executive order in June 2017 to increase the number of apprenticeships in the United States. The president called for doubling annual funding to $200 million, an expansion that would be paid for by reducing support for other job training programs deemed ineffective.

“Federally funded education and workforce development programs that do not work must be improved or eliminated so that taxpayer dollars can be channeled to more effective uses,” according to Trump’s executive order.

The order, noting that 350,000 manufacturing jobs were open, told the Labor Department to draw up regulations promoting apprenticeship programs by unions, trade and industry groups, and for-profit and nonprofit companies. It also sets up a task force to advise the president and calls for recognition for employers with good apprenticeship programs.

The order does not specifically mention the need to involve foster youth in apprenticeships, although it does seek to promote them for high school students, Job Corps participants, prisoners and those who were previously in prison, veterans and members of the armed forces.

While the president’s directive set no targets for exactly how many new apprenticeships there should be, labor experts from both sides of the aisle applauded the “earn-and-learn” expansion as needed and long overdue.

Apprenticeship programs begin with a mix of on-the-job training and class instruction, during which time the apprentice earns a wage. Industries where apprenticeships are common include information technology, construction and carpentry, plumbing, and various health professions. The executive order seeks to promote apprenticeships in “critical industry sectors,” such as manufacturing, construction, cybersecurity and health care.

Over the course of an apprenticeship, which can last several years, participants gradually take on more complex parts of a trade, and eventually receive a certificate of completion.

Supporters point to studies that suggest individuals who complete apprenticeships earn a starting wage of more than $60,000 per year, and that nearly 90 percent of participants lock down employment when their apprenticeship ends. With millions of job vacancies across the country, and a national survey of CEOs reporting that most executives struggle to find qualified workers, the potential of apprenticeships offers some a rare glimmer of hope.

Foster youth represent one population in particular that could really stand to benefit from these new economic opportunities. Some 23,000 young men and women turn 18 or 21 and “age out” of the foster care system every year. The statistics are grim. According to the National Foster Youth Initiative, foster youth have a less than 3 percent chance of earning a college degree, and only half who age out of the system will have some form of gainful employment by age 24.

But how can foster youth take advantage of expanded apprenticeships? What could help make such opportunities more accessible to them?

According to Mike Pergamit, a labor economist with The Urban Institute whose research focuses on vulnerable youth, experts “still don’t really know what works” when it comes to designing effective youth employment programs. The picture looks even worse when it comes to foster youth. Pergamit says “there haven’t really been many evaluations” of employment programs targeting youth in foster care.

That said, Pergamit maintains there’s reason to think apprenticeships could be particularly beneficial to foster youth since they they’re typically longer-length opportunities that come with high levels of mentorship. Stability and support, he says, can make all the difference.

One challenge for policymakers who might want to help target apprenticeships is that many foster youth have no desire to self-identify as someone with ties to the foster care system. One strategy for dealing with this stigma issue is to pursue strong data partnerships with government agencies.

In Washington, for example, the Washington Student Achievement Council has partnered with the state Department of Social and Health Services (DSHS) to better target resources and information toward foster youth looking to go to college or join the workforce.

“In secure ways DSHS sends us who is in foster care at the time at which they can maybe access the services so we know who they are,” said Becky Thompson, the director of student financial assistance at the Washington Student Achievement Council. “But it also requires a lot of outreach, so we provide training to social workers about resources that are available, since sometimes they can act as more of a trusted adviser.”

Some states also have foster care liaisons working in their public school districts; these liaisons can work with program providers to help students learn about what’s available and how to take advantage of supports.

Other barriers that could impede foster youth from accessing apprenticeship opportunities include a lack of stable housing; a lack of reliable transportation to get to work; and lack of driver’s licenses, which can be a prerequisite for even getting hired.

Krishna Richardson-Daniels, the founding director of A Bridge Forward, a nonprofit in Renton, Washington, focused on youth aging out of the foster care system, says her group works to provide young people with subsidized ORCA cards so they can get to work and school. But some foster youth live in areas that lack high-quality public transit.

Obtaining a driver’s license, Richardson-Daniels says, can be one of the biggest and most poorly understood barriers for foster youth. 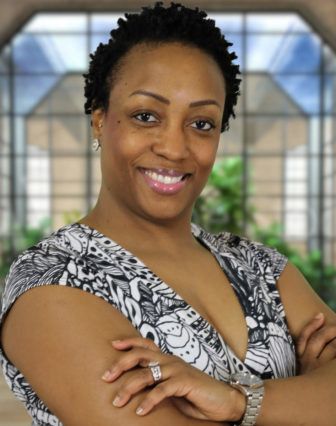 “Driver’s education is now privatized and not offered in the public school system, and those programs can cost anywhere from $300 to 500,” she said, noting there really aren’t many foster families willing to support those costs and few nonprofit groups have the bandwidth to take it on.

“Seattle is the fastest-growing city, we have some of the largest construction projects going on, but you cannot actually work in construction without having a driver’s license,” she explained. Construction is a field with a long history of providing apprenticeship opportunities.

A coalition of foster youth advocates has launched a national campaign called “Going Places” to try to tackle this driver’s license problem.

Aside from these barriers, given that apprenticeships are broadly understood to be something of a rigorous pre-employment opportunity, many people fail to realize how much work typically goes into preparing young people for apprenticeships. So-called “pre-apprenticeship” programs have become a popular strategy; these are short-term opportunities designed to help acclimate specific groups so they can enter and thrive in their apprenticeship program later on.

One promising pre-apprenticeship model designed to help disadvantaged youth (including but not exclusively foster youth) was developed by the District 1199C Training & Upgrading Fund in Philadelphia. The pre-apprenticeship program runs for six weeks and includes an opportunity to ensure all participants secure driver’s licenses.

Advocates say thoughtful, concerted outreach will be necessary to help older foster youth access apprenticeships, perhaps even more so than other disadvantaged populations, given the chaos they face if they age out of the system at 18 or 21. Experts suggest beginning targeted outreach in high school, several years before foster youth are set to age out.

“This is a unique population that might have some barriers that need additional support, and so having some very early outreach happening with high school counseling can be very effective,” Thompson said.

Another barrier can be whether the employers themselves are prepared to work with foster youth. One strategy is for policymakers to encourage employers to get trained in the so-called Trauma Informed Approach, a professional development model which can help bosses better understand what their foster youth apprentices are dealing with, and how best to support them.

“Trauma is a big difference between foster youth and other disadvantaged youth,” said economist Pergamit. “Many (foster) youth have had various trauma, growing up in tough neighborhoods and witnessing all kinds of things, but foster youth by definition were the victim of some sort of abuse or neglect, and once they enter the foster system they’ve had even more disruption and turbulence beyond that.”

Representatives from the Labor Department did not return multiple requests for comment.