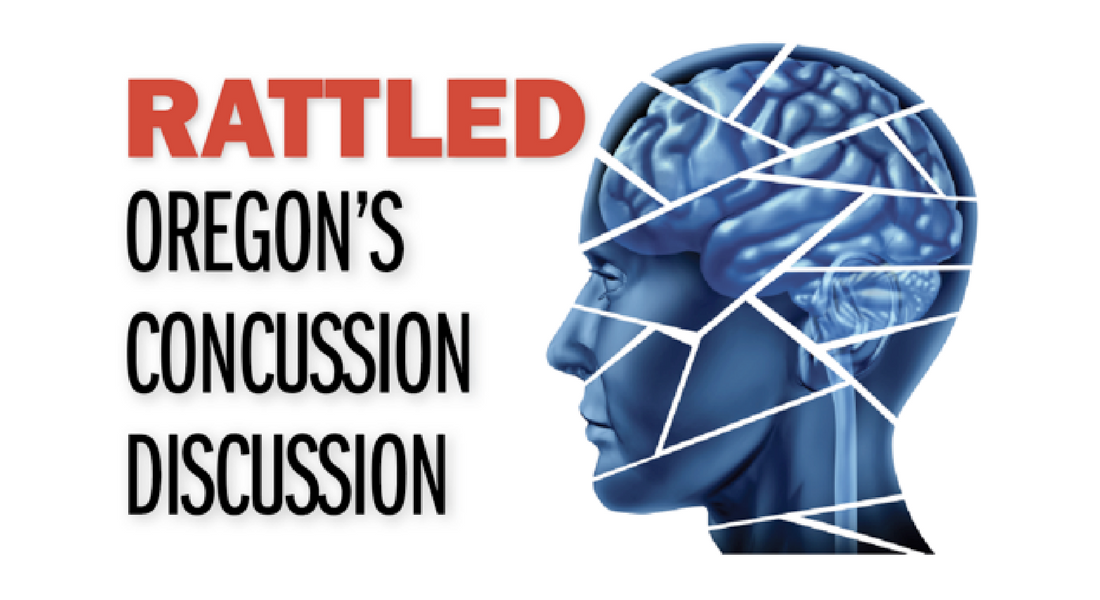 The statistics are staggering.

According to one study, on an average school day, more than 750 U.S. high school students will suffer concussions. A report published last fall by the Journal of American Medicine found that one in five American teens reported having suffered at least one concussion and more than 5 percent reported multiple concussions.

Behind each of those injuries is a story. For most students, it’s a relatively tame tale: a headache, some rest, and then back to a normal routine.

But for others, it’s a life-changing event — not only for them, but their families. Traumatic brain injury, as the name implies, is a serious matter.

While much of the concussion discussion centers on football, brain injuries can happen in any sport. Just ask Sami Howard, who 15 months ago was finishing her senior year of high school at Columbia Christian and looking to play college basketball at George Fox University.

Then, a contested rebound during her final home game sent her to the floor. The stomach-churning thud of her head on the hardwood signaled her fourth concussion, the end of her hoops career, a change in her college trajectory, and lingering health issues she still deals with today.

Howard shared her story this week as part of the first installment of a series, Rattled: Oregon’s Concussion Discussion.

The investigation, which will continue through the end of the year, will include regular print and digital content, shared by Pamplin Media Group and InvestigateWest, a nonprofit journalism studio conducting investigative and explanatory journalism in the Pacific Northwest.

Journalists at the two news organizations began reporting last fall, conducting preliminary interviews, reviewing academic studies and filing the initial round of public records requests. Their collection of stories, photos, videos and podcasts will be collected both at portlandtribune.com and rattledinoregon.org.

Although the reporting is not finished, some things already are clear, including the key role that athletics plays in the development of many young Oregonians.

“There are many studies out there that show that students who participate in activities do better in school,” said Peter Weber, executive director of the Oregon School Activities Association. “It provides them that opportunity to work with team members, with coaches, with people from other teams, the officials. How to face adversity. It teaches them resilience, grit, and those aren’t always things that can be taught in a classroom.”

As Weber readily admits, athletic activities come with some risks.

The good news is that Oregon is viewed as a leader when it comes to protecting young athletes. Nearly a decade ago, the Oregon Legislature passed a law requiring high school coaches to be trained annually in spotting concussion injuries. It was the first law of its kind when enacted, followed shortly by a similar law in Washington.

School coaches in Oregon also are required to follow strict rules preventing students from playing sports when they show signs of concussion. The rules require medical releases for athletes with head injuries, to ensure they don’t return to sports too soon, a move that can hinder a full recovery. Subsequent legislation extended similar safeguards to youth sports that take place outside high schools.

So, how many kids benefit from Oregon’s pioneering laws?

That’s because even though the 238 Oregon public high schools that participate in the OSAA have screened student athletes for concussions and documented their medical care for nearly a decade, no one in the state has ever analyzed, or even collected, the concussion data schools must keep.

Over the past six months, InvestigateWest has contacted every public high school in Oregon, requesting concussion records for the 2015-16 and 2016-17 academic years.

“We understand that the statistics, which have never been made public, may cause concerns,” she wrote. “But they also may help us uncover best practices to prevent and heal concussions sustained in youth sports. The data may also help us determine whether some schools’ unique responses to youth concussions are working and, if so, whether they can be duplicated in other districts.”

The data also may highlight problems. Our reporting already has uncovered some flaws in the laws and poignant examples of what can go wrong, even when best practices are followed.

Those issues, and others, will be covered during the course of the series. But reporters, supported by national and regional partners also will focus on what’s working and what might be done to keep kids even safer and, we hope, foster a statewide discussion about the topic.

As van der Voo wrote last fall, “We think that the safety of kids who play sports is important enough to collect this data and find out what it can tell us.”

Components of this project, which will include video and audio files, charts and graphs, will be hosted online by both InvestigateWest (RattledInOregon.org) and the Portland Tribune.