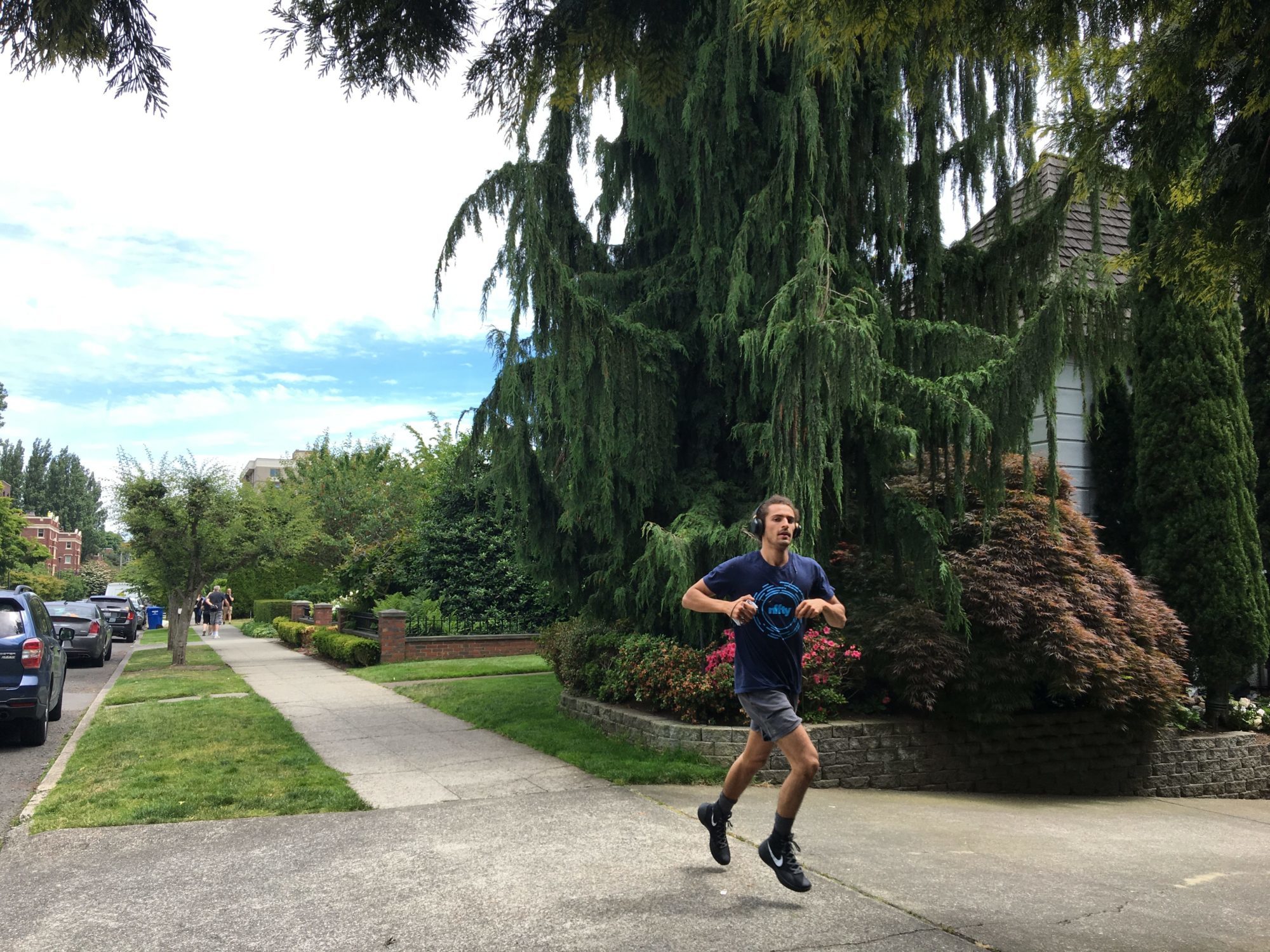 It’s been nearly a decade since the City of Seattle set out to protect the pollution-catching, health-promoting tree canopy that gave the town the nickname “The Emerald City.” But little actually happened. Meanwhile, a post-recession building boom unleashed a torrent of development that chipped away at the city’s leafy umbrella.

The results are not pretty. Seattle’s current canopy-preservation system is “not supporting tree protection,” according to a city report quietly completed earlier this year.

But things may finally be changing. This month city officials began signaling that they are ready to take some steps to keep the Emerald City green.

For starters, Mayor Tim Burgess issued an order for city departments to look hard at longstanding recommendations from the city’s volunteer Urban Forestry Commission, which have long mostly languished in obscurity. Measures the commission has recommended include some pretty basic stuff, such as tracking how many trees are actually removed when a property is redeveloped. Burgess also, significantly, told staffers to look into updating requirements for developers to plant trees as part of the city’s Housing and Livability Agenda.

More importantly, though, City Council member Rob Johnson said he will be pushing to adopt an updated and strengthened city tree protection ordinance, which first was passed by the City Council in 2008. That 2008 law was viewed as an interim measure. But years went by with no tougher ordinance. The last city council member to take a shot at passing one was Richard Conlin. He lost his seat in 2013.

Johnson, who worked for the Transportation Choices Coalition before his election to the council, said he is aiming to pass the stronger ordinance by spring.

“Trees are so vital to our city’s ecosystem,” Johnson said in an interview with InvestigateWest. “We are trying to respond to what we’ve seen in the city, which is a desire to protect the tree canopy, be aware of where we are losing it.”

She cited numerous cases of neighbors unsuccessfully rallying to save trees from development, then peppering City Hall with complaints about the system.

“This indicates that the neighbors are finally getting through with their message that if we lose tree canopy, we are losing something that is special about Seattle,” Fleck said. “I hope this means that our people in City Hall are starting to pay attention to the ‘L’ part of HALA, the livability, because they have paid a lot of attention to the affordability part.

“We have to have them together. Affordable housing and green space are partners and they deserve equal attention.”

The city report compares tree protections in Seattle to those in Portland, Sammamish, and Lake Forest Park. Those and other cities have stricter standards, as InvestigateWest reported in 2016 and again earlier this year, for example requiring homeowners to get permits to remove trees.

The steps Burgess ordered include expanding the city’s definition of so-called “exceptional” trees “as appropriate.” It’s unclear how much good that would do, though, because “exceptional” trees are allowed under the law to be cut down if saving the tree would hamper the developer too much.

Another part of the mayor’s order directs staffers to look into a system that would allow developers to cut down trees they otherwise could not, but pay into a city fund that would assure the trees are replaced elsewhere. That worries some tree advocates. 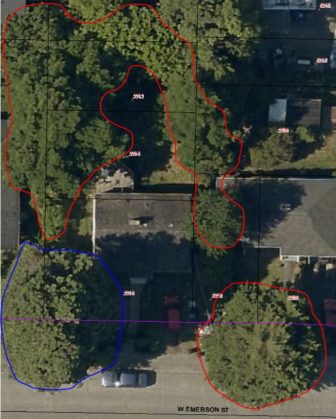 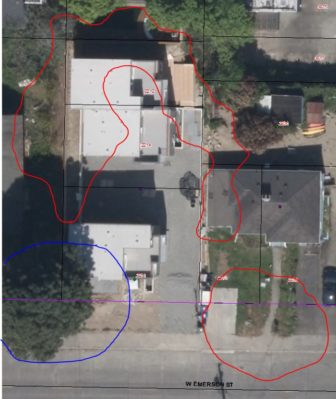 However, Steve Zemke, vice-chair of the Urban Forestry Commission, noted that his group had recommended such a system because the current code allows many trees to be cut down without any payment. This so-called “fee-in-lieu” system could mean more trees overall, he said.

The city report saying that the city’s canopy-protection system is broken was issued in March. However, the city did not publicize the findings, and the chair of the Forestry Commission, Tom Early, ended up having to ask city staffers for a briefing on the report nearly half a year after it was completed. The advisory council only found out about the existence of the report because it was referenced in a footnote on a draft environmental impact statement on the city’s HALA agenda, Early’s request for a briefing said.

Trees have been shown in numerous scientific studies to support cleaner air and water by catching air pollution, as well as rainwater that would otherwise run off and pollute nearby waterways. Trees also reduce cooling costs, and help buffer noise. And increasingly, scientists are recognizing their health benefits, including fighting attention deficit hyperactivity disorder in children and clinical depression.

Seattle’s official goal is 30 percent canopy coverage by 2037, with a “reach” goal of 40 percent by 2047. Six studies over the last 16 years using different methodologies have pegged the percentage of the city shaded by trees at between 18 percent and 30 percent. However, the latest study, in 2016, is considered to be by far the most accurate; it said canopy coverage stood at 28 percent.

But a lot of development has taken place even since that report was finished. The city report from March includes before-and-after aerial photos of several parcels where development took down large trees. A city presentation prepared to accompany the report also says flatly that the crucial design review process “is not working.” It also says big evergreens that intercept rain and air pollutants year-round are being replaced by deciduous trees that drop their leaves in the fall and winter – just when they are needed to catch rain to keep it from hitting the ground and washing oil and other pollutants into nearby streams.

Burgess leaves office Nov. 28. Mayoral candidates Jenny Durkan and Cary Moon both received the endorsement of the tree-advocacy group TreePac, a pro-tree political action committee, although that is no guarantee the new mayor will go forward with Burgess’s initiative.

Zemke, the forestry commission vice chair, said the mayor’s order is necessary and welcome, but is not sufficient to stop tree-canopy loss.

“It’s a good first step,” Zemke said. “My concern is that they may use this to say, ‘Oh, we’re going to address some of the problems.’

“But there’s a bigger step we’re pushing for, which is to actually get this in a tree ordinance,” Zemke said. “The city needs to deal with this issue much more forcefully.”

Johnson is chairman of the City Council’s Planning, Land Use & Zoning Committee, which has presided over unprecedented rates of growth in the city in recent years. Johnson said he’s well aware of how that growth has impacted trees, and upset their advocates.

“When we see developers cut down a big, old tree and plant a couple of spindly ones in its place, that makes our urban foresters kind of feisty,” Johnson said.

Like Burgess, Johnson would redefine what an “exceptional” tree is and create the developer-pay-in system. And he would better define the roles of the six city departments involved in various aspects of the system that was supposed to protect the tree canopy.

Johnson said he would like to see more flexibility for developers who preserve trees. He cited the example of a developer planning to knock down a single-family house to build apartments in the University District near 50th Street and University Way. Neighbors were aghast that the area would lose a large tree. Instead, they agreed to support the developer in asking for permission to build an additional story on the apartment house and work around the tree. That allowed the development to pencil out for the builder.

“It’s those kind of community tradeoffs we want to incentivize for private development,” Johnson said.

Johnson said he’s aware that he has a challenge ahead of him in passing stronger tree protections:

“I’m told many elected officials have trudge up this hill, like Sisyphus, only to see it roll back down.”