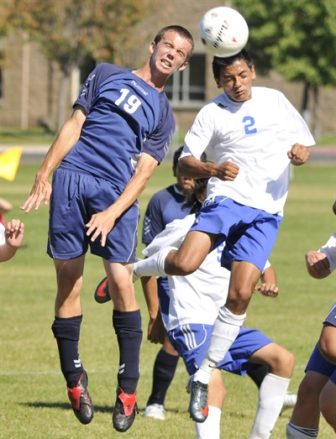 For many kids and young adults, youth sports play a key role in their development. Organized athletic activities teach the value of training and teamwork, the satisfaction of successes and the lessons gleaned from failures.

But they are not without risk.

Each year, hundreds of thousands of young U.S. athletes sustain concussions and other head injuries.

We know this. And, we’re learning more about it every day.

Recently, for example, researchers at Boston University found that children who play football at an age younger than 12 may be at greater risk for cognitive and behavioral problems later in life as a result of head injuries. And it was just two months ago that the university’s Chronic Traumatic Encephalopathy Center reported that brain injuries had been found in 99 percent of NFL players who donated their brains to research there.

While the concussion conversation often focuses on football, it’s not the only sport that causes such injuries. Students who play baseball, soccer and volleyball also are prone to high rates of concussions.

That’s why Oregonians are lucky to have one of the most progressive laws in the nation when it comes to protecting youth athletes at school. In 2009, lawmakers concerned about the potential for long-term injury from sports-related concussions passed a law requiring youth sports coaches to be annually trained in spotting concussion injuries. The law – called Max’s Law – was inspired by Max Conradt, a Waldport High quarterback who suffered a traumatic brain injury after returning to play too soon following a concussion. It was the first law of its kind when enacted, followed shortly thereafter by a similar law in Washington.

“Did I think that within four years every state in the country was going to have an analogous law? No. But what I did know was that I had a sense of urgency that was profound,” said David Kracke, an attorney and advocate for brain injury prevention, and a co-author of Max’s Law.

School sports coaches and trainers in Oregon have since also been required to follow strict return-to-play strategies to make sure athletes with head injuries don’t return to sports too soon under Max’s Law, a move that can hinder a full recovery.

The staff at the Oregon Student Activities Association has a variety of resources to help school officials not only comply with the regulations, but educate themselves on the topic.

What have we learned from these programs since 2009?

That’s one of the questions we would like to answer.

Though Oregon schools have steadily screened youth athletes for concussions, and returned those students to sports with medical supervision and care, no one in the state collects the data related to that process.

Even while Oregon schools are documenting deep detail that could tell us which sports affect which young people the most, and which return-to-play strategies work best for athletes returning from injury, no one collects or analyzes the information. And without it, valuable knowledge could be lost.

That’s why we are announcing a partnership between InvestigateWest, the Pamplin Media Group and the Agora Journalism Center to collect and analyze this data.

We understand that the statistics, which have never been made public, may cause concerns. But they also may help us uncover best practices to prevent and heal concussions sustained in youth sports. The data may also help us determine whether some school’s unique responses to youth concussions are working, and if so, whether they can be duplicated in other districts.

To help us focus this project on prevention and ensure that we offer answers (and not just questions), we have teamed up with the New York-based Solutions Journalism Network to train the participating reporters in solutions-based techniques. And we intend to involve youth reporters in the work to gather perspective from students, and to develop outreach and engagement techniques for parents and school officials. Thanks to support from Meyer Memorial Trust, we’ll also be hiring at least one Spanish-language reporter to help with outreach and reporting. The Center for Collaborative Media is funding the cost of data and analysis.

While this story will focus on concussions sustained by Oregon youth, it doesn’t mean we are seeking medical information about children. Of course, we hope our final products will include personal stories about students’ experiences with concussions, but we will not be getting the names of those students from the public records we are obtaining.

Instead, in our public records requests, we are specifically asking that all appropriate privacy redactions be made so that we can collect public educational records without invading anyone’s privacy. For more personal stories, we’ll rely on tips from readers like you and from reporters in the field.

We think that the safety of kids who play sports is important enough to collect this data and find out what it can tell us.

If you agree, you can help us.

If you’re a parent of a student athlete, and want to share your concussion story with us, we’re listening. Or if you’d just like to support the project, tell your child’s principal or athletic director that you support our efforts to gather this data from public schools. If you’re the parent of a private school student, ask if that school would be willing to volunteer its data, since private schools are not subject to Oregon’s public records law.

School administrators interested in learning more can schedule a talk with the project manager through this link. And if you’re a student journalist, or a student who’s active on social media and wants to help, you can join the project by emailing Shasta@portlandtribune.com. General inquiries and story tips can be sent to lee@invw.org.