Journalists will be the test case for transparency reforms

Home » Redacted » Journalists will be the test case for transparency reforms 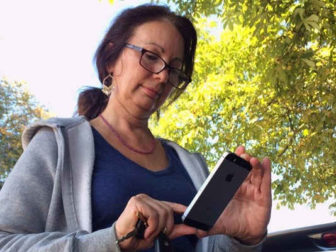 When it comes to Oregon’s legislative push toward transparency, perhaps nobody captures why it matters better than journalist Julie Akins.

“We have a president who’s on the record saying he’d just as soon rather there wasn’t a First Amendment,” she said. In that environment, “I think it’s very important for individual states to begin to draw the line.”

It’s a comment that underscores how important recent reforms are to Oregon – reforms that bolstered government transparency. If you’ve followed Redacted for the past few months, then you know the Oregon Legislature has been considering bills promoting transparency.[1]

The final verdict on those proposals?

The Legislature approved deadlines by which public officials must respond to requests for public records. They also authorized legislation creating the first full catalog of exemptions to the Oregon Public Records Law and a Sunshine Committee to review exemptions to that law. Newly proposed exemptions now will be accompanied by public interest statements describing their impact on Oregonians.

Additionally, the Legislature approved the creation of an ombudsman’s position to mediate disputes between records requesters and state agencies, authorized a governor’s council on transparency issues, and approved a law to prevent state agencies from entering into technology contracts that block access to public data.

Such legislation can’t pass without the support and advocacy of bipartisan leaders who support good government – like Gov. Kate Brown, Attorney General Ellen Rosenblum, and Rep. John Huffman, R-The Dalles, who wrote the bills that were signed into law.

But the job of making sure that legislation works for all Oregonians?

Every day that falls to journalists. Which is what led me to my phone call with Julie Akins.

Akins has been a journalist for 30 years. Officially. Unofficially, she’s been a journalist all her life, her first product being the neighborhood newspaper she started in the third grade. She counts herself as “one of the lucky ones who always knew what mattered to me.” And lucky for Ashland residents, too, because it’s Akins who stands up for the public’s right to know while reporting for the Ashland Daily Tidings.

Akins was at work for the Tidings when she sought to learn how Ashland’s urban camping ordinance was affecting the homeless. She already knew that urban camping citations made up the bulk of the cases being heard at Tuesday morning hearings colloquially referred to as “Homeless Court” in Ashland. And that the ordinance wasn’t just affecting campers.

Instead, people sleeping in cars, people whose RVs weren’t parked at an official campsite, and people sleeping in the open were racking up citations. The penalty was a stiff $100, mostly being levied at people who couldn’t afford to be sleeping somewhere sanctioned by law in the first place. The only place seemingly sanctioned appeared to be a place with a roof.

Akins wanted to know whether there was any one group of people getting hit the hardest – people of a certain race, age or gender, for example. So last spring she asked the city of Ashland for citations issued going back to 2015.

From there unfolded a classic scenario: City officials responded to her request in a manner consistent with city policy, but not with Oregon law. The information Akins received in response to her request was thus heavily redacted. Though it was clear who had received citations, the information she sought – information about race, gender or age – was blocked.

“Without being able to see those things … how would we know if any level of bias was at work? I’m not suspecting there is. I’m not assuming there is. But when you get a document with those things redacted, how can you tell? It’s also hard to tell if any population is disproportionately affected,” she said.

Akins made her case with the city, but officials there argued the redactions were standard and allowed by law, intended to protect privacy.[2]

It took a strongly worded letter from Akins’ editor, Cathy Noah, to Jackson County District Attorney Beth Heckert, to determine otherwise. In hearing the appeal, Heckert found that the redactions didn’t meet previously established standards constituting an “unreasonable invasion of privacy” under Oregon law and ordered race, gender and year of birth disclosed. City officials complied with the order, and Akins is now at work on a story.

But such scenarios are not uncommon in Oregon. In fact, this was the second time the city of Ashland has been on the hot seat for withholding records this year. In May, Ashland officials also withheld salary information from the city’s citizen budget committee. Akins and the Ashland Daily Tidings pushed officials to release records in that case as well.

“At the risk of sounding high-minded, I would say that the cost of democracy is constant vigilance,” Akins said. “It’s important to remind all agencies that they work for the public and that this information needs to be accessible.”

And this is what’s so important for the public to understand about journalism and how it relates to our state’s new transparency laws: Sometimes the best journalism is invisible. Every day, journalists go and do their jobs. And while they do them, they hold their foot in the door so that the citizens who wish to access public agencies can follow behind them with ease.

New legislation supporting the value of transparency is a definite win for all Oregonians. And it speaks well of a press corps that worked hard to advocate for the passage of this legislation, and to work with public officials to evaluate how each of the new proposals would perform in practice.

But that practice – of testing everyday access to governments big and small across Oregon – that is largely the role of the press. And it takes journalists, like Julie Akins, who understand these laws and know how to put them to work, to spare citizens the experience of encountering the obstacles that she just had to hurdle.

I’m thrilled that our state has made such progress on these issues. And I’m glad that I live in a place that recognizes that access to government is the right of every citizen. But I’m especially proud of my fellow journalists for their work in passing these laws. And I’m more aware than ever that the job of assuring that these new transparency rules will work for Oregonians, and work as intended, will fall to us.

Good thing we’re up to the job.

[1] You can read in more detail about the legislative changes in earlier columns. I covered the original legislative proposals in March. And my midsession update in May focused on those bills and concepts that ultimately passed.

[2] The city of Ashland relied on ORS 192.502(2) in setting the policies that led to the redaction of personal information from citations. The law is intended to protect Oregonians against unreasonable invasions of privacy. Information about address, ID number, height and weight also had been redacted – redactions that Akins hadn’t sought and didn’t dispute. But Akins did dispute that requesting age, race and gender constituted an unreasonable invasion of privacy. Heckert, relying on the standard established by the Attorney General’s Public Records and Meetings Manual p. 74 (2014) in reviewing the appeal, found “unreasonable invasion of privacy is when an ordinary reasonable person would deem the information released highly offensive … It does not seem that revealing one’s race or gender would highly offend a reasonable person.  These are both characteristics that can typically be identified whenever someone appears in public.”