Oregon’s bedbug secrecy law — who are we protecting?

Home » Redacted » Oregon’s bedbug secrecy law — who are we protecting? 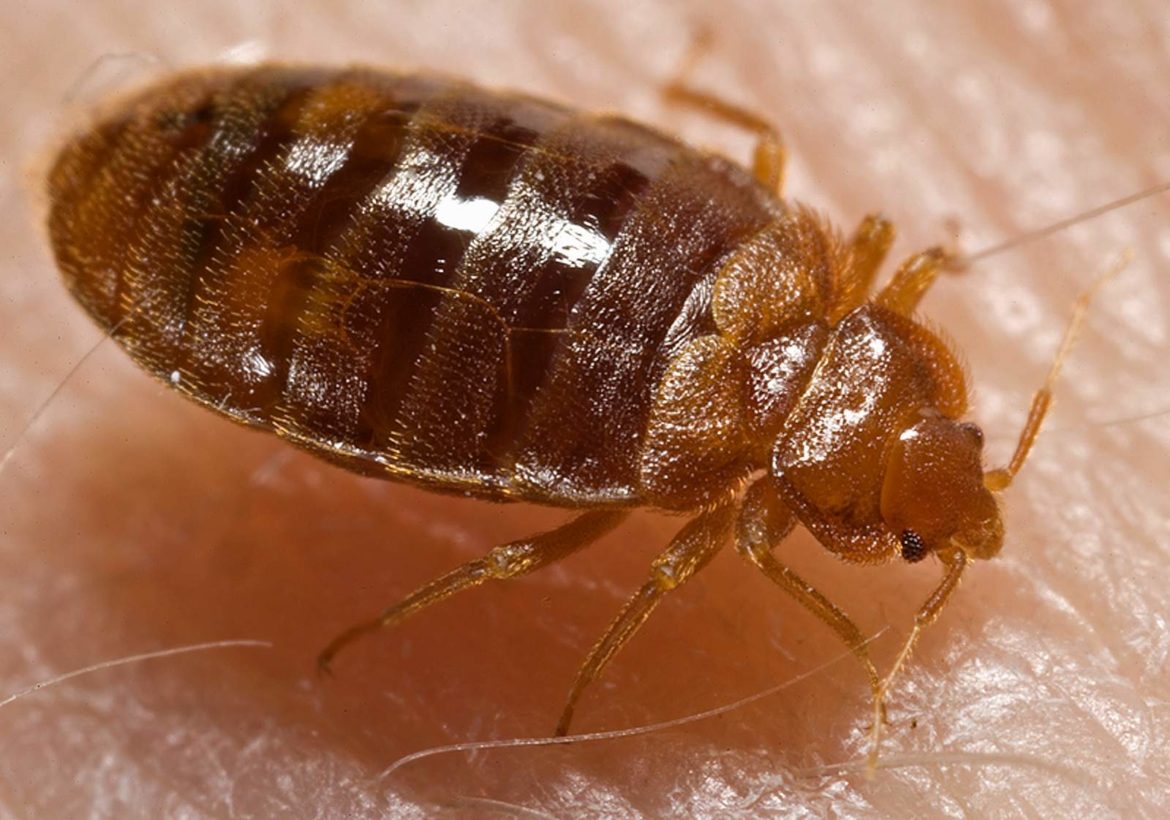 I had this experience once: bedbugs in a hotel. At the time I didn’t realize that a bedbug bite has such a delayed reaction that it can take a few days to know you’ve been feasted upon. Which is why, four days after an unwitting encounter with bedbugs at a hotel in Michigan, I came home to what seemed like an allergic reaction to nothing. Creeping skin and welts. Dawning realization. And a week of household mayhem that I wish to never repeat.

The experience gave me a rather acute distaste for Oregon’s bedbug privacy law. Yes, this exists; an actual law protecting the whereabouts of bedbugs. It’s an exemption to the Oregon Public Records Law. And I will hold it now up as an affront to reason, because it’s a perfect example of why the Oregon Legislature should approve the creation of a Sunshine Committee to review exemptions, an idea that got a public hearing June 29 and may be approved before this session’s end.

The bedbug exemption? This one’s a gem. In a category of legislative devolution, it should be gold-foiled and enshrined. Generations of gawkers should stand before it, wondering, as I do, “How …?” In concept, it is like an airplane with one wing, a building made of Jell-O … But I’ll do my best to describe its merits, because early on it had some.

Passed as HB 2131 in the 2013 regular session of the Legislature, the bedbug law “requires certain information pertaining to bedbug infestations to be held confidentially by public health authorities and exempts information from disclosure under public records law.”

As is the case with such exemptions, this one was created by well-meaning people who believed that by making information about bedbug extermination confidential, they could pass a law requiring pesticide companies to share data with the Oregon Health Authority and other public health agencies. The plan was to give the state and its counties valuable public safety knowledge about how to fight bedbugs. The data, they hoped, would lead to understanding about the size of the problem, and plans for better ways to deal with it.

Betsy Straus, legislative director of the ACLU at the time, rightly pointed out that the privacy information the law sought to except already was exempt from disclosure under Public Records Law in Oregon, and on a case-by-case basis. That, she said, would have allowed for information to be released to someone when it “might have an even more immediate impact on that person’s individual health.” Today it isn’t quite clear why pest control companies sought this extra layer of privacy in the form of exemption from Oregon Public Records Law. And Straus questioned in 2013 whether the state’s law would really yield much public benefit without transparency.

The policy wasn’t unprecedented – health officials often offer confidentiality in exchange for critical data that helps them fight disease. San Francisco, for example, requires exterminators to report the number of units sprayed by U.S. Census tract monthly. Such legislation puts useful – and transparent – data in the government’s hand without a privacy exemption for property owners.

Thus, in researching the effect of this law for this column, I found not a single public health report, improved bug-fighting battle plan, or better-informed bedbug-fighting policy as a result of this exemption. In fact, there’s been no greater understanding of the whereabouts of bedbugs than there was before this exemption. And that’s because pest control companies never volunteered to play ball.

“As it turned out, without the stick, the carrot was not enough,” said Julie Sullivan-Springhetti, the public information officer for the Multnomah County Health Department. “No information has been voluntarily forthcoming since the bill was passed.”

Every. Item. Of fabric. In my house. Every shirt. Every pair of pants, shorts, pajamas. Every sock. Every sheet. Every throw blanket, pillowcase, bedspread. All washed in super hot.

Instead, said Sullivan-Springhetti, the county’s work group met to discuss what data was available from pest control companies and the details the county would need to improve the public response to bedbugs for nine months. “In the end, the industry walked away and said, ‘This isn’t workable, we’re not comfortable sharing this information.’”

Yet Oregon blazed a trail with this law. During the 2013 legislative session, Governing magazine, a trade publication for government and legislative types, called it “an unusual deal” between the state’s Legislature and its exterminators.

Four years later, Oregon is still unique in protecting the confidentiality of bedbug treatments among states surveyed nationally by the EPA last fall. No other state offers confidentiality around bedbug infestations. And Oregon doesn’t protect its residents or guests against them in the first place.

For example, the state doesn’t require landlords, hotel owners, bed and breakfasts or any other business that offers overnight accommodations (save, ironically, for campgrounds) to keep those facilities free of bedbugs, as other states do. Some states have taken protections further, extending them as far as railroad cars (Illinois), migrant camps (Iowa), orphanages and juvenile jails (Wisconsin), even public schools (New York). South Dakota protects vacation homes, too, perhaps understanding that a secret bedbug problem is a black eye that the state’s tourism industry doesn’t need.

Yet Oregon still doesn’t mandate the remediation of bedbug infestations anywhere except campgrounds, and it doesn’t prohibit landlords, hotel owners, or Airbnb hosts from renting out rooms that are known to be infested with bedbugs. This, while a law that’s never been used to collect data about bedbug infestations remains on the books, standing guard against disclosures about bedbug infestations, potentially complicating the fact that, by law, public housing inspectors – just like restaurant inspections – are still supposed to be public.

If policy were signs, this one would read something like this: Welcome to Oregon. Take our bedbugs with you.

Getting paranoid yet? Me, too.

Mine is an informed paranoia, heightened because, in my own experience of being feasted on by bugs, it took me days to realize it. Days of evaluating where I slept, what I ate, whose cat I scratched, and whether that guy at the airport looked like he might have a host-jumping skin disease. It’s a lot of time to wonder about a path to exposure. And absent any public information about hotels, restaurants, movie theaters and other places that might have been a source of bedbugs, one can only guess at what action they ought to take to protect the next person.

This is what that looked like for me: Four days after I returned home from my trip to the Michigan bug hotel, I was popping Zyrtec like a champ. I didn’t know what I’d eaten, why my skin felt so weird, or whether I could go to work or needed a nonstop shower. An hour or two of internet searching told me I didn’t have a spider bite on my arm. And a few photos made me realize that those sheets back at the hotel – occasionally dusty, like hubby had been eating dessert in the bed again – probably had been visited by bedbugs.

It was a pretty dramatic realization. After all, four days had gone by. I’d already hung my clothes back in the closet, put my suitcase back in storage and plopped back into my own bed for a few nights. So it was only after I called my brother-in-law (who, lucky for me, happens to be in pest control) in a semi-hysterical state that I began to understand what a hell-inducing experience this was going to be. On the advice of the family expert, I planted the feet of my bed in baking soda, combed every inch of my furniture with a flashlight, and then washed every item of fabric in my house.

Let me say that again, real slow: Every. Item. Of fabric. In my house. Every shirt. Every pair of pants, shorts, pajamas. Every sock. Every sheet. Every throw blanket, pillowcase, bedspread. All washed in super hot. And all the fabric-covered things that don’t go in the wash? Pillows, stuffed animals, dog toys – all those go in the dryer. The rest got vacuumed about 50 times.

Turns out I didn’t bring any bedbugs home. None I didn’t kill, anyway. No hitchhikers on my suitcase, which I sprayed with half a can of bug spray to be sure. But that didn’t stop my life or my basement from becoming an interminable tower of laundry, or from my having to take time off work just to clean my house, or to contemplate hitting my mattress with a Sawzall and throwing it out the window with a blazing torch behind it.

Would I rather have avoided this whole experience? Yes. And the notion that any hotel that inflicts any such experience on a guest is entitled to its privacy is infuriating, absurd and also naïve. This exemption never would have saved bug-infested hotels from the fate of 100 Yelp reviews. It only would have prevented 100 Yelp reviewers from having a better experience.

Of course, the Oregon Restaurant and Lodging Association supported this approach to bedbugs in Oregon. “An effective response relies on good data, and we believe that data should be collected in a way that fully protects the privacy of those businesses most impacted,” wrote the association’s Nellie deVries in testimony supporting the bill. Of course! “Data protection” and “privacy!” Who doesn’t support those? But we know that if people could actually avoid hotels that were infested with bedbugs, or even areas of hotels that are infested with bedbugs, they would. And they have a right to.

But this column is not about bedbugs. It’s about secrecy. And so at least our bedbug law finally has a use: to underscore how badly Oregon needs to review the more than 550 exemptions to Oregon Public Records Law, many of which probably never did what was intended and, meanwhile, threaten harm to the public.

The Oregon Legislature currently is considering HB 2101, which in its present form proposes a Sunshine Committee to review exemptions, and that each freshly proposed exemption comes with a public impact statement that addresses what the impact to closing off records has on the Oregon public.

This group would include at least one public member, and the option for public participation at meetings designed to review these laws. It is badly needed in Oregon to prevent more laws like this one.