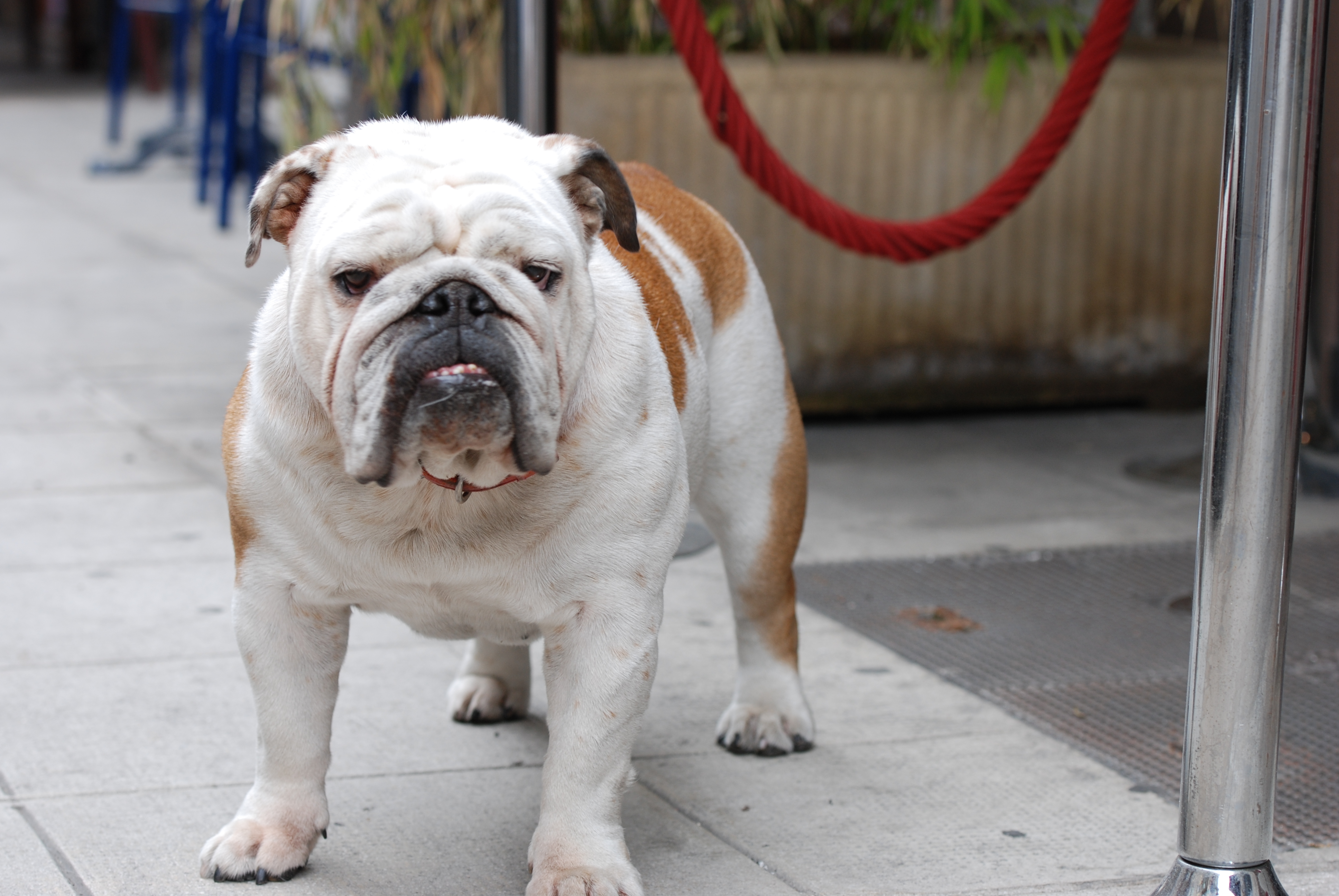 A quick update on records reform from Oregon’s top watchdogs

Spring has finally brought us some sunshine in Oregon, both inside the state Capitol and out. As we enter the last month of legislative debate, here’s how public records reform is looking, so far, from the vantage of the watchdog press:

Senate Bill 481: This offspring of the Attorney General’s Public Records Task Force is the heaviest hitting piece of legislation in this year’s reform package and is looking like a win. It passed the Senate April 18, and had a public hearing in the House May 23.

If it passes the House and is signed into law, the bill would create the first deadline for responses and production of public records requests in the state, and also would create a catalog of the hundreds of exemptions to Oregon Public Records Law. (You can find more detail in a previous column.)

“It’s a small but significant step forward,” said Shasta Kearns Moore, Sunshine Chair of the Oregon Territory Chapter of the Society of Professional Journalists. “Keep in mind that we haven’t had any significant change to Oregon Public Records Law since 1973, except for the extraordinary amount of exemptions that have been written since then. So this gets us moving in the right direction.”

SB 481 includes safety valve language for government entities that are too sparsely resourced to comply – something transparency advocates have worried could create new loopholes in Oregon Public Records Law that might require legislative fixes later. Transparency advocates recognized reform would need to account for the varying ability of agencies to comply with new timelines, however, given the lean staffing levels at many rural agencies, and agreed to support the safety language.

“To the Attorney General’s (office’s) credit, they worked for a year and a half to get something that would pass,” said Kearns Moore. She said the coalition-building approach to the legislation has helped make it successful this legislative session.

Senate Bill 106: The governor’s effort to create a state public records advocate and a public records council also has good prospects for passing. It’s now in the Joint Ways and Means Committee with a recommendation to pass.

Additionally, the bill would create a Public Records Council to look at potential improvements to records policies within the executive branch and to make regular surveys and studies of state agency compliance with public records law.

SB 106 has arrived here on a bit of a bumpy ride. Absent a lot of front-end vetting, the bill has been subject to several revisions (at least eight amendments), and late-session gamesmanship has been at issue as well. May 12, Secretary of State Dennis Richardson proffered an administrative proposal called the Oregon Access Project tasking the state archivist with overseeing training and dispute resolution akin to SB 106, claiming the plan would save taxpayers money, though the new requirements are unfunded in his proposal.

“Gov. Brown believes 106 is important regardless” of the Richardson proposal, said Chris Pair, spokesman for the governor’s office.

The bill could face some hurdles if the state archivist should decline to host the position because of the Richardson proposal, however. That’s because the Public Records Advocate alternately would be housed in the Department of Administrative Services – the equivalent of command central for the executive branch the advocate would oversee – potentially weakening the effect of the advocate and the Public Records Council.

The proposal already is executive-heavy in that it allows the advocate and most members of the records council to be hired and/or appointed and fired by the governor. Still, additional training, education, dispute resolution and regular reports regarding public records practices would be gains, especially if the two offices could work to foster clear messaging and reduce redundancies.

House Bill 2101: This proposal from Rep. John Huffman, R-The Dalles, would bring about regular review of the more than 550 exemptions to Oregon Public Records Law, if approved.

It, too, has undergone steady revision and, at this juncture, also calls for each new bill passed out of committee containing a change or a new exemption to Oregon Public Records Law to have an Open Government Impact Statement written for it by legislative counsel. The statement would contain arguments for and against the change. By design, it would flag potential legal impacts to Oregon Public Records Law for the public.

But HB 2101’s proposal for reviewing exemptions to Oregon Public Records Law has been the subject of debate. It proposes all exemptions be reviewed by a joint subcommittee staffed by the Legislative Counsel office, delivering reports on exemptions every other September. However, the process is very much at issue, with transparency advocates in the press and a dozen consumer, environmental and civil rights groups calling for recommendations from a more traditional Sunshine Committee that includes representation from the press and public, particularly while Legislative Counsel is exempt from public records law and also can take secret input on exemptions.

“SPJ’s position is no exemption review without a Sunshine Committee. Legislative Counsel being able to take secret and hidden input and never release it, and to have a committee where staff is exempt from the law they’re rewriting seems like a slap in the face to Oregonians,” said Nick Budnick, a member of the Sunshine Committee of the Oregon Territory Chapter of the Society of Professional Journalists. “That said, we fully support the Open Government Impact Statement, whether or not exemption review goes forward. This is a good change that should not be controversial.”

A proposal for a more public Sunshine Committee process had been expected in the House Rules Committee, however, none is scheduled, and it appears the proposal could stall.

House Bill 3399 was brought by Huffman on behalf of the Society of Professional Journalists and died in committee.

The legislation was intended to prevent public agencies from losing access to public data through technology provided by third-party vendors. It would have required the state chief information officer, when contracting with vendors for state data systems, to write rules into bids that require those contractors to ensure that electronic databases and other stored public data can be exported in a nonproprietary open format. The bill also would have required contractors to have the ability to redact information from data that state agencies are prohibited from disclosing.

Steve Suo, also a member of the Sunshine Committee of the Oregon Territory Chapter of the Society of Professional Journalists, said it was subject to “phantom contractor opposition” that never materialized, though state agencies thought it likely contractors would cease to bid on data contracts with transparency requirements.

“I think it’s reasonable for public bodies to expect of their contractors that they will build data systems that can meet their obligations under Oregon Public Records Law. And that’s all this bill does,” Suo said.

House Bill 3361 would call for the appointment of a new chief data officer for the state, if approved, whose job it would be to maintain a web portal to post all publishable data. The position would provide guidance and education to agencies, create an inventory of publicly available state data, suggest analytic opportunities, and generally do the business of bringing state record-keeping into the 21st century. It also would create an advisory group on state data and craft open data standards and a technology manual to be shared with and potentially adopted by smaller local and tribal governments in Oregon.

The bill ultimately could lead to more transparency in third-party data contracts. If approved, it would make creating interoperable systems a priority and emphasize a need to think about treating information as an asset. It also would encourage that data be shared across multiple platforms. It does not include requirements that are oriented toward making data accessible to the public, but does contain language about transparency and openness.

“There’s a lot of elements that we think are helpful, and we did have an amendment that we pushed and was adopted that nothing in 3361 supersedes an agency’s obligations under public records law,” Suo said.

Senate Bill 639: Also died in committee. This proposal from Senate Republican Leader Ted Ferrioli would have mandated that materials developed for public meetings be available to the public.