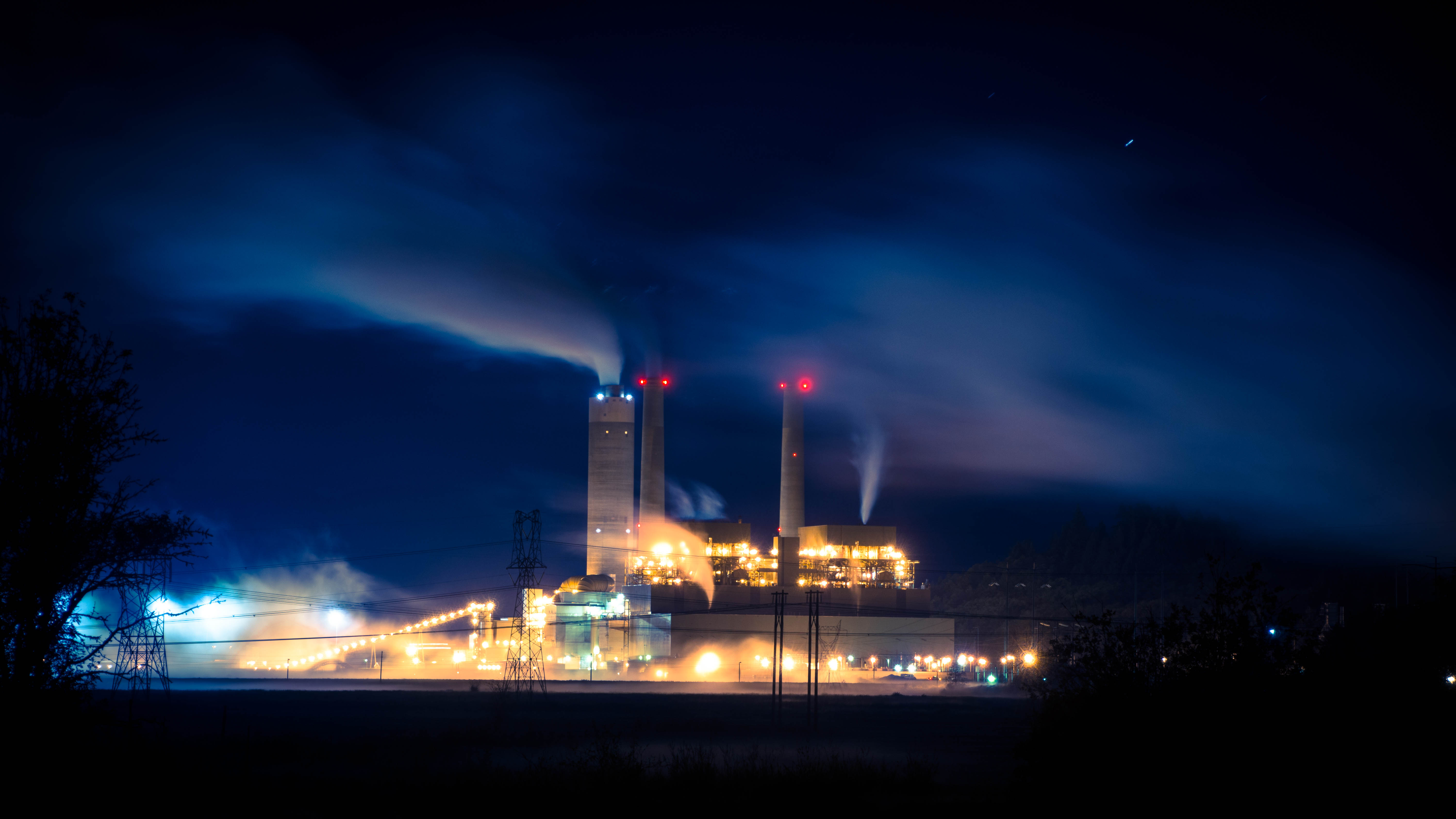 Will Washington State be first in taxing greenhouse gases?

Home » Will Washington State be first in taxing greenhouse gases?

OLYMPIA – Could 2017 be the year Washington emerges as the first state to tax emissions of a greenhouse gas? Barring some unusual turn of events as legislators finalize the state budget here, don’t count on it. But that assessment comes with an asterisk.

There are signs that business opposition to the idea is softening. Meanwhile, environmentalists and their allies have made it clear that if the Legislature doesn’t act this spring, they’ll bring to issue to voters next year. Could that possibility – a tax on carbon dioxide, a tax that businesses and their legislative backers had no say in shaping – bring them to the bargaining table as the end of the regular 2017 session nears?

“The goal is to create a sense that some kind of carbon tax will be inevitable,” says Rich Stolz, executive director of OneAmerica, a Seattle-based immigrant-advocacy organization pressing for legislative action in concert with environmentalists as well as labor, health and faith groups.

Those groups, banded together as the Alliance for Jobs and Clean Energy, are at the forefront of Washington’s climate-action lobby. And yet last fall, most refused to support or even oppose a ballot measure to establish a carbon tax, which aimed to decrease emissions and funnel the proceeds back to the public, making it revenue-neutral. These groups say a carbon tax is needed to raise money to pay for new clean-energy programs, as well as helping people hurt by the transition to a low-carbon energy system, such as refinery workers and low-income people who have to pay higher taxes.

Although the path to a carbon-light future for the state remains perilous this year because of a Republican-controlled Senate, what’s shaping up as the argument for environmentalists and their allies is: What’s more important? Providing new funding for a cash-strapped state government? Or using tax proceeds to transition to a clean-energy economy?

Last fall’s referendum followed a 2015 attempt by Gov. Jay Inslee to set up a “cap-and-trade” system to reduce greenhouse gas emissions, an idea that went nowhere in the Legislature.

So 2017 marks the third year in a row that a policy to ratchet back greenhouse gas emissions is up for consideration. Is the third time the charm?

“If we do this right, we could create a lot of jobs growing a green economy.”

Three versions of a carbon tax have been proposed in the Legislature this year. While none made it into the budget proposals of the House and Senate unveiled last month, supporters say that is unsurprising. They were filed as potential negotiation tools when deciding on the final budget, backers say.

A major reason supporters of the carbon tax hold out at least a little hope for legislative action this spring has to do with the Legislature’s frustration in finding a way to pay to boost spending on public schools by billions annually, as the Washington Supreme Court has ordered.

The big question is: As Washington transitions to a lower-carbon economy, who gets hurt? That worries people like Jeff Johnson, president of the Washington State Labor Council, a member group of the Alliance supporting Fitzgibbon’s bill.

“The transition away from fossil fuels to clean alternative energy is not going to happen smoothly,” Johnson said. He explained that a major driver in drafting the Alliance’s legislation was that “those individuals that, for the most part, did the least to cause carbon pollution but suffer the worst effects of it — low-income communities and frontline workers in industry — there had to be some equity in a carbon tax for them.”

Johnson and his allies in the environmental and social-justice movements have been clear with legislators that if lawmakers don’t act, they will. They’ll bring an issue much like Fitzgibbon’s bill to the statewide ballot next year as a citizen initiative.

Just as the ballot proposal last fall divided the greens over whether a state carbon tax should prove revenue-neutral, the current debate in the Legislature is about whether such a tax should help fund education.

Businesses, which would face the brunt of the tax, are likewise wary of tying carbon tax revenue to such a large budget demand that would likely be permanent. But businesses are acting differently now than in the past, Fitzgibbon said.

“The kind of feedback we’ve gotten this year from affected businesses have been more helpful and more geared toward improving the structure of the bill than in years past, when it was pretty much just solid opposition,” Fitzgibbon said.

At a packed hearing on the bill March 14 in Fitzgibbon’s committee, representatives from paper, aluminum and steel manufacturing — all industries considered energy intensive and vulnerable to worldwide competition— professed support for creating a greener state economy. But they came down hard on Fitzgibbon’s legislation.

“Talking to folks that have been through it, I know it can be done.”

Chris McCabe, executive director of the Northwest Pulp & Paper Association, testified in opposition to the bill, saying that while the association supported fighting climate change, “The additional cost would place [local businesses] at a competitive economic disadvantage compared to mills in other parts of the country and the world.’’

In response, Fitzgibbon is currently working on another draft of the bill. The new version, he says, would divert a portion of tax revenue to the general fund for natural resource programs, which in recent years have counted on less stable revenue sources, like the hazardous substance tax, which plummeted when oil prices fell in 2014.

Senate Republicans and the business lobby are opposed, arguing that a carbon tax will be disastrous for the state’s economy.

The measure “is anticompetitive because it anticipates job losses,” says Mary Catherine McAleer, the Association of Washington Business’s government affairs director for environmental policy. “Although we appreciate that foresight, we just don’t think this is an appropriate action for the Legislature to take.”

McAleer argues that carbon taxes don’t work: “If you think about energy taxes, they hit multiple times through the supply chain. … what you end up doing is driving up prices.”

She points to studies of carbon taxes in Australia and British Columbia sponsored by conservative think tanks that highlight shortcomings that occurred there.  Australia’s carbon tax was short-lived, lasting only three years before being repealed in 2014 when a conservative administration swept into power.  British Columbia was found to be skimping on the tax breaks required by its carbon tax last year, though its most recent budget has fixed that imbalance. Neither tax looks exactly like Washington’s proposed options, but both successfully lowered emissions.

Interestingly, though, business is drawn to the idea of a carbon tax, on business’s terms, if it could replace Inslee’s Clean Air Rule that industry hates so much. Adopted by Inslee through executive action after he could not get his cap-and-trade legislation through the Legislature in 2015, the Clean Air Rule abandons the need for market pressures and simply fines businesses that emit too many greenhouse gasses. Critics have called it rushed, difficult to understand, beyond the state’s legal authority and a drag on the state’s ability to attract major employers. It’s the target of an industry lawsuit.

“The Clean Air Rule is a beached whale,” said business lawyer Matthew Cohen, testifying at a House Environment Committee work session last month.”I realize consensus is elusive, but a carbon tax is certainly one plausible alternative to what’s in the Clean Air Rule.”

Along with business’s declining objections to a carbon tax, the support of labor for Fitzgibbon’s bill may signal a new dynamic.  Johnson, of the Washington State Labor Council, is a major proponent. He said his 2015 visit to Denmark showed him that transitioning to a low-carbon economy without hurting workers is possible.

“Talking to folks that have been through it, I know it can be done,” Johnson said.

This year, several other state legislatures are also considering carbon tax proposals, but nothing quite like Fitzgibbon’s bill.

“My gut tells me there still is not enough interest in our Legislature to pass the policy. It’s getting better each year, but we still don’t have a critical mass,” says Johnson. But he’s more optimistic about a ballot measure and the future success of the Alliance’s carbon tax, calling it “our best shot.”

His bottom line: “If we do this right, we could create a lot of jobs growing a green economy.”

This story is part of InvestigateWest’s Statehouse News Project, a crowdfunded effort to provide independent reporting on the Legislature. Please support the project with a tax-deductible donation at invw.org/donate.

This story has been changed. Matt Cohen was originally described as a business lobbyist. He is an attorney representing the Association of Washington Business.