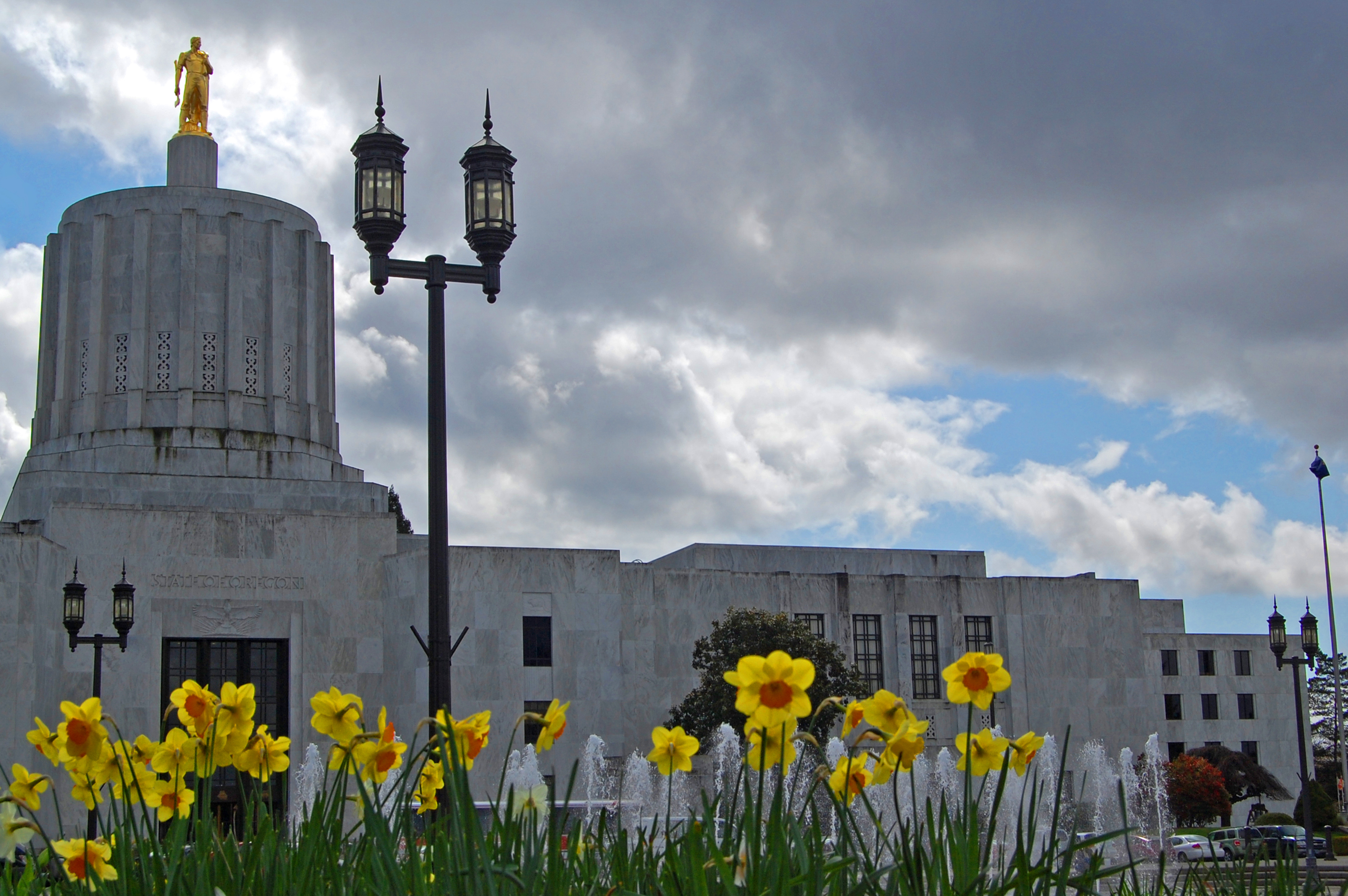 Well, we’ve finally arrived. Transparency season in the Oregon Legislature. Hard to know where it all will lead, but the fact that we got here – and with more proposals in favor of transparency than against it – is at least a good sign for Oregon.

Here’s my summary of what’s on the menu, along with the state of the union for each proposal:

Senate Bill 481: This is the offspring of the Attorney General’s Public Records Task Force. It’s potentially the heaviest hitting piece of legislation on the table.

So far, it appears to be inching its way into law following a debut in the Senate Committee on General Government and Accountability. The bill would ink exactly what the task force hashed out into law – a deadline for responses and production of public records requests that includes a safety valve for those government entities that are too sparsely resourced to comply. It also would bring about a first-ever catalog of the hundreds of exemptions to Oregon Public Records Law that presently – thanks to their disorganization – foster a kind of paralysis among government workers tasked with responding to requests. I’ve written about the proposal in more detail in a previous column.

Presently, the bill has the support of the League of Women Voters of Oregon, Oregon State Public Interest Research Group (OSPIRG), the Society of Professional Journalists and the Oregon Newspaper Publishers Association, among others, though journalists are still expressing some concern about safety-valve language for small governments.

Straight opposition to the bill has come from the Oregon Progressive Party, which wrote that it “fails to resolve the major problems with governments in Oregon responding to requests for public records,” by not establishing actual deadlines for the production of records or addressing the fees agencies are charging for them.

Pete Shepherd, the former Department of Justice attorney under Hardy Myers, also argued that the public interest language meant to provide guidance on the intent of public records law is overly broad. The language was intended to give a framework for conversations about records for requesters and people in government, guide future legislatures on future public records work and exemptions, and for judges to weigh when they dive into meatier issues related to records law.

For the sake of the rest of the legislation, proponents agreed to scrap the public interest piece, according to Michael Kron, who is special counsel to the attorney general and has taken the lead on transparency reform at the Department of Justice. “That doesn’t exactly make us happy. We thought it did some useful things … but at the end of the day I think what’s left of the bill still does quite a lot and will still advance the ball on public records,” he said.

A work session on the bill is scheduled for April 5.

Senate Bill 106: This is the governor’s crack at creating a state public records advocate and a public records council. This proposal broke out of the gate with a wobble back in November when the governor first introduced it to the Legislature. Unlike the attorney general’s proposal, it hadn’t had a lot of front-end vetting and members of the media, in particular, quickly found fault with it. Chiefly, the press hammered Gov. Kate Brown for placing the public records advocate under her own control in the executive branch.

My concerns, detailed in a previous column, also were that the bill confused some aspects of the public records appeal process already in place, gave the governor power over the appointment of the advocate position, and that its focus on mediation would have impeded requesters from earlier opportunities for appeal. It also rerouted appeals for rural communities to the governor’s office without broad input from those communities.

The bill has since had some months of vetting. Chris Pair, spokesman for the governor’s office, said amendments currently are being drafted to reflect additional feedback. Those forthcoming amendments are expected to locate the public records advocate in the Secretary of State’s Office, give the advocate the ability to prepare reports and studies, expand the positions on the council to include more journalists and members of the public, and critically shift from forcing mediation in disputes to more of a facilitation role, even while mediation remains an option.

The bill presently is in the Senate Committee on General Government and Accountability, with a work session scheduled for April 5.

House Bill 3399 is brought by Rep. John Huffman, the Republican legislator from The Dalles, and expresses a concept called Transparency by Design, which was recommended by Oregonian reporter Steve Suo at a public hearing of the Attorney General’s Public Records Task Force last fall.

The legislation is intended to prevent public agencies from losing access to public data through technology provided by third-party vendors. It essentially requires the state chief information officer, when contracting with vendors for state data systems, to write rules into bids that require those contractors to ensure that electronic databases and other stored public data can be exported in a nonproprietary open format. The bill, if approved, would require contractors to have the ability to redact information from data that state agencies are prohibited from disclosing, so that public requesters can still access it.

It would go a long way from preventing problems resulting from poorly designed systems that either can’t export data at all or can’t export it in a way in which the public is legally allowed to see it – an issue in today’s state data environment – though it’s predicted to be challenged by industry.

House Bill 3361 somewhat furthers this concept by requiring the appointment of a new chief data officer for the state, whose job it will be to maintain a web portal to publish all publishable data. The position would provide guidance and education to agencies, create an inventory of publicly available state data, suggest analytic opportunities, and generally do the business of bringing state record-keeping into the 21st century. It also would create an advisory group on state data and craft open data standards and a technology manual to be shared with and potentially adopted by smaller local and tribal governments in Oregon.

Both bills are in the House Committee On Rules.

Senate Bill 639: This proposal from Senate Republican Leader Ted Ferrioli from John Day mandates that materials developed for public meetings be available to the public. The bill calls for the materials to either be posted online 24 hours in advance of the meeting, distributed in hard copy to meeting attendees, or presented – either in a video, audio or slideshow – at the meeting itself. The materials also would be required to be posted online within three business days of the meeting.

Public bodies that don’t have websites instead would be required to make the materials available “in a timely manner” through rules governing meeting minutes and recordings under ORS 192.650. (That’s the law that requires public bodies to produce “written minutes or recording” that “give a true reflection of the matters discussed” including who’s there, the proposals deliberated, the results of votes, and references to public documents.)

Materials related to executive sessions would be exempt from the new law, if approved.

It’s hard to imagine that in 2017 – the era in which presidents have Twitter accounts – we need such a law. Which is why, of course, it’s such a necessary proposal. The Oregon Progressive Party’s support signals what a nonpartisan issue such essential access to government really is. The bill is presently in the Senate Committee on General Government and Accountability.

House Bill 2101: This proposal, also from Rep. John Huffman, the Republican legislator from The Dalles, takes a stab at regular review of the more than 550 exemptions to Oregon Public Records Law in the state statutes. It repeals dozens of exemptions already on the books. It also sets a sunset date for all other records exemptions at six years. It requires a bipartisan legislative committee to review those exemptions every odd year in June to decide whether they ought to continue those that are expiring.

It’s a lovely concept that’s still a bit short on detail. Still, the effort has attracted the support of the ACLU, the Independent Party of Oregon, the Oregon Association of Broadcasters, and private citizens. It, too, has attracted testimony from Pete Shepherd, the former Department of Justice attorney under Hardy Myers, who argues the universal appeal of exemptions would actually appeal some language limiting the scope of those exemptions rather than protect the public interest.

The bill still is being vetted in the House Committee on Rules.

There you have it. It’s not a bad outlook for 2017. Stay tuned, and I’ll keep you up to date on how these proposals advance throughout the session.