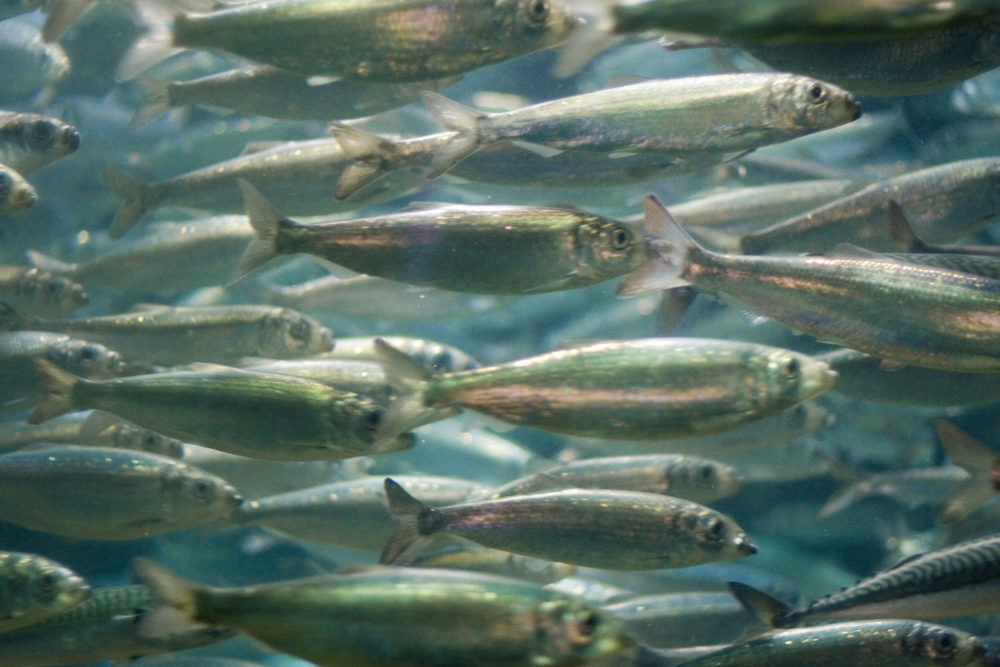 OLYMPIA – Washington state’s hamstrung program for protecting fish habitat is overdue for a makeover. Facing potential budget cuts, lawsuits, and threats of more endangered fish species, the agency that runs the program is hoping 2017 will be be the year it gets stronger enforcement authority.

Washington State Department of Fish and Wildlife’s Hydraulic Project Approval  program, often referred to by its acronym HPA, issues permits statewide for private, as well as government, building projects that might harm fish habitat. Established in 1943, it’s one of the state’s oldest regulatory permits, and one of its most underfunded and difficult to enforce. But the threat of legal action over the program’s jurisdiction, an attorney general’s opinion supporting Fish and Wildlife and the upcoming elimination of one of the program’s funding sources have given new momentum to a 74-year-old debate over the program’s authority.

The agency proposed a bill this year to improve the hydraulic permit program’s protection of fish and the agency’s customer service to permit applicants. The pool of applicants is large: cities and counties building bridges or roads, homeowners who want to protect their waterfront property from erosion and weather, builders that construct near water, and the timber industry, when it harvests near streams.

Environmental groups, Fish and Wildlife and tribes all support strengthening the program. But the bill faces strong opposition and has stalled in the Legislature. Builders, property advocates, business and farming interests, and some local governments —the “regulated community” — all oppose the proposed changes. The stakeholders and tribes have been meeting since the summer. The bill’s fate rests on whether the discussions lead to agreement before the legislative session ends.

The urgency is there. Not only because of a potential budget cut, but for the fish as well.

“We continue to see habitat degradation outpacing habitat restoration efforts,” says Jeff Davis, assistant director of Fish and Wildlife. Davis says there is a possibility that coho in Puget Sound may join local salmon and steelhead on the Endangered Species Act’s “threatened” list.

The permit program is part of the state’s efforts to get fish such as salmon and steelhead off the “threatened” list. Not only would that be good for the fish, says Davis, but it would improve state and local economies and reduce regulatory costs. The first step toward de-listing “threatened” fish is habitat restoration.

Davis says “the HPA, if not done right, can undermine these projects.” Which is why the agency has requested improved funding and better enforcement tools. But it faces an uphill battle.

The proposed bill, HB 1428, was sponsored by Rep. Brian Blake, a Democrat from Aberdeen and the chair of the House Agriculture & Natural Resources Committee. The bill’s improvement package included higher fees, civil enforcement tools and language to streamline permit regulations.

“Right now, we rely almost exclusively on our criminal authority.”

HB 1428 is linked to the governor’s proposed budget, so it’s not subject to regular cut off deadlines for bills. But the bill won’t move forward unless stakeholders and tribes can find some agreement. Discussions are ongoing, but the issues remain divisive.

The regulated community and habitat advocates are locked in debate over permit fees, program jurisdiction and enforcement methods.

If the bill isn’t passed, the hydraulic program will lose the ability to charge fees for its permits, and that means a $6-700,000 loss in funding from its annual $6.2 million budget. The program first began charging permit fees in 2012 to make up for a $1 million budget cut. Most state, local and national agencies charge permit fees much larger than the hydraulic program’s current $150 flat rate fee.

The law that imposed the $150 fee will sunset this June. The agency’s proposal would not just maintain the fee, but increase it and scale the cost based on the size and complexity of the project. This would more than double fee revenue to $1.3 million. If no new fee law is passed, Fish and Wildlife estimates it would have to cut at least three jobs, reducing the speed of response to permit applicants.

When it comes to permit violations, the hydraulic program doesn’t have many enforcement options. Most state natural resource permits use civil enforcement tools such as high fines and stop-work orders to enforce their regulations. This is where the permit shows its age. The agency lacks authority to issue stop-work orders.

“We’re looking for enhancements to our existing civil authority, and that’s a really important tool because right now, we rely almost exclusively on our criminal authority,” explained Davis.

Criminal enforcement involves bringing cases to local prosecutors. This comes with its own host of challenges. The program finds itself competing with social issues in the court system for the attention of overworked prosecutors.

“There appears to be lack of understanding of regulatory authority, so we’re not always successful in local prosecution,” says Davis.

“For some business interests, that’s practically the cost of doing business.”

Agency officials say they want to change the agency’s enforcement system so that the first step would be providing technical assistance to violators, most of whom are unaware of their violations, before moving on to civil enforcement. They want criminal enforcement to be the last step.

“For some business interests, that’s practically the cost of doing business,” says Margen Carlson, the deputy assistant director of Fish and Wildlife’s habitat program. She contrasted the hydraulic program with permit programs under the Department of Ecology and Department of Natural Resources that have the legal ability to issue stop-work orders and charge fines up to $10,000 per violation.

“Without those [civil enforcement] tools, our stop-work order is working with our criminal enforcement officers, and that’s, again, not always the approach that’s needed to help folks,” says Carlson.

But the regulated community does not want to see enforcement methods expanded, arguing that enforcement should not be expanded without a clearer definition of jurisdiction.

“If we’re going to expand their enforcement, it’s going to be very important that we, the regulated community, know where their jurisdiction starts and where it ends,” said Jan Himebaugh, government affairs director for the Building Industry Association of Washington during a February hearing on the bill.

The latest draft of the bill did not include any mention of new civil enforcement tools.

“Folks are skeptical,” says Blake, who has participated in stakeholder discussions and submitted the current version of the bill. “The latest talk about it is ‘let’s try it and give it a sunset date and see how it works.”‘

The most contentious piece of the debate is the question of jurisdiction. The regulated community long has argued that state law requires hydraulic permits only for projects below the ordinary high water line. This includes structures such as docks and bridges, but not, for example, houses built on bluffs. But from the outset, the agency has interpreted the program’s jurisdiction to include any building project that can create erosion or cause other harmful effects to fish habitat, above or below the high water line.

“We’d had some face to face negotiations and they weren’t going well.”

The debate over the program’s jurisdiction has gone on for decades. Last year, lawsuits were filed by six counties and one city, wanting clarity over the definition of the permit’s jurisdiction. In response, Fish and Wildlife requested an attorney general’s opinion on the matter. Last June, Washington State Attorney General Robert Ferguson issued an opinion stating that the agency correctly interprets the law.

While the opinion satisfied environmentalists, tribes and Fish and Wildlife, the regulated community said it wanted a more specific definition of jurisdiction. Language about jurisdiction was added to the bill, and discussions have explored whether it is possible to give more clarity to building interests about which projects will need permits without limiting the ability of the hydraulic program to protect habitat.

“The business community would like more predictability on when an HPA should apply,” said Mike Ennis, of the Association of Washington Business at a public hearing on the bill in February. “We are mindful that the agency’s fees expire in June of this year and we’d like the clarity on jurisdiction to become part of that conversation.”

Blake proposed a substitute, stripped-down version of the bill in mid-February. His substitute bill removed some of the more controversial provisions the agency had requested.

Blake says his substitute was an effort to see if he “couldn’t break the ice in negotiations on the bill,” explaining, “We’d had some face to face negotiations and they weren’t going well, so I narrowed the bill down to just a definition of the jurisdiction and the fees.”

Did it work? “At times it sounds like negotiations have moved,” he says, but “the latest I’ve heard is things have broken down a little bit.”

While the removal of civil enforcement tools from the bill doesn’t mean they’re gone for good, a stakeholder agreement would have to be reached first. All the groups say they’re committed to continuing negotiations.

Anything can happen in the session, Blake says, especially one shaping up to go into special session, like this one. “I think protecting fish life, as we live here in the Northwest, is one of the most critical things we do. And I’m hoping that we can find a balance that works for land owners and project proponents as we work for fish life.”

If HB 1428 is not passed, a Republican-sponsored Senate bill about hydraulic permit jurisdiction, SB 5228, has passed the Senate and is working its way through the House. SB 5228 would establish a joint task force to continue discussions in the interim between legislative sessions to define the program’s jurisdiction.

Environmentalists argue that further discussions are unnecessary, pointing to the attorney general’s opinion supporting Fish and Wildlife. But the regulated community insists it needs a clear definition to know when a permit is needed. It’s a thorny, complex issue: program biologists evaluate projects on a case by case basis. That makes it challenging to apply a single, standard definition, according to agency officials.

The lawsuits against Fish and Wildlife, filed by the city of Spokane and Douglas, Kitsap, Lewis, Mason, Pierce and Spokane counties are still moving forward, with the first hearing date set tentatively for early August.

Blake says he’s still hopeful that a clear definition will be reached. “If we can’t define it in law, how are folks supposed to know if the law applies to them?” he asks.  “And we should be able to define it,” he adds. “And I’m confident we can, based on what Fish and Wildlife has been permitting and not permitting.”