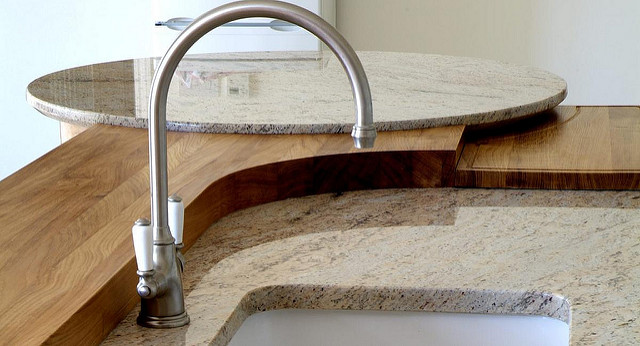 OLYMPIA – In the wake of the lead-poisoning water scandal in Flint, Michigan, and with 10 Washington children a week being diagnosed with dangerously elevated lead levels, Washington lawmakers this year proposed several measures to focus attention on the state’s long-neglected lead contamination problems.

But the two measures that would have done the most good have died. And state health officials say what they really need from the Legislature isn’t passing new laws – it’s getting the Legislature to put more money into the existing system to alert doctors, parents and others to the dangers.

Gov. Jay Inslee is pushing for 2017 to be the year Washington begins to seriously address lead exposure. Last year he ordered the Department of Health to produce a detailed report and proposed $6.9 million in new funding for the Health Department to carry out lead testing and treatment programs. He also proposed additional funds to clean up lead in plumbing, water pipes, paint and soil. But even $7 million may be hard to come by when the Legislature is under court order to find an additional $4 billion needed for education funding this year.

Mindful of the Flint crisis, legislators started the 2017 session in January with good intentions. Two House bills sought to reduce lead in the water supplies of schools by requiring testing of tap water and removing lead-lined pipes. But both met an early death in the House Environment Committee.

“We really don’t know the extent of lead exposure in Washington state.”

Now it turns out – to the surprise of the leading environmental lobbyist on lead contamination and at least one House member involved in the issue – that a related bill is still quietly chugging along in the Senate. It’s even headed for a floor vote.

It is rather unusual for a bill to rein in water pollution to get further in the Republican-controlled Senate than the Democratic-controlled House. The Senate bill, proposed by Bellevue Democrat Sen. Patty Kuderer, would require public schools to test drinking water for lead and for water systems to replace all the schools’ lead pipes by 2020. Water utilities would have until 2030 to replace other lead pipes.

Kuderer’s bill is less ambitious than either failed House bill, but she says she’s focused on passing something quickly. “I want to act now rather than let it go for 10 to 15 years and find out the problem is bigger than we thought.”

Washington’s lead-contamination problem may be bigger than previously imagined. Washington doesn’t actually know how much lead is in its water when it comes out of the pipe at most schools. Water utilities test the lead levels of water that runs through their systems, but there can be lead-lined pipes and fixtures between testing sites and the tap water ultimately comes out of.

Concern is highest for water at schools because children absorb five times the lead that adults do when exposed. Lead exposure has a host of serious health effects including lowered intelligence, blood problems, kidney issues, and bone problems. And it can be passed on generation to generation through pregnancy.

“You can’t fix it after you’ve been exposed,” says Steven Gilbert, a University of Washington toxicologist who has been studying the effects of lead since the 1970s.

The problem, according to Gilbert, is that while Washington has done a reasonably good job limiting lead exposure compared with other states, “we really don’t know the extent of lead exposure in Washington state.”

How big of a danger is lead?

The federal Centers for Disease Control and Prevention and leading lead scientists have repeatedly emphasized that there is no safe level of lead. Decades of research underscore the dangers of lead and how best to deal with it.

But Washington’s system is full of funding gaps at every level of the system, said Lauren Jenks, of the Health Department. The state estimates Washington has far fewer lead pipes than states with older water pipes. It is also in the mid range of states when it comes to lead paint exposure, another major way kids get lead in their bodies. But the state doesn’t have clear numbers because getting that information by testing the level of lead in children’s blood requires a lot of funding – funding that has never been allocated.

“If what the governor has funded us to do gets funded by the Legislature, then we get a jump start on this.”

Washington has tried to make testing for lead a priority in the past. The State Board of Health established a rule requiring schools to test for lead in 2009. But the rule is only enforceable if the Legislature provides funding for it. That has yet to happen. Currently schools that test do so voluntarily.

Kuderer’s bill, SB 5745, aims to fix that gap by requiring utilities to replace lead-containing pipes going to schools by 2020.

But these would be only partial replacements. Partial removal of lead pipes can shake loose lead in pipes, increasing the lead level in the water for a period of months according to studies conducted by the EPA and CDC. Additional study is needed on the topic, but the studies that have been done find that the risks of partially replacing a service line make it an ineffective measure of decreasing lead exposure.

In January 2010, the CDC sent a letter to lead program managers across the country discouraging them from doing partial replacements. The letter was sent based on a study that found that when only part of a lead pipe is replaced, children are more likely to have elevated levels of lead in their blood than if the lead pipe was left undisturbed.

Partial pipe replacement also can create a false sense of security for the consumer, who assumes that such a replacement has eliminated the lead in their pipes and their water is now safe and lead-free, studies show.

So what’s the allure of partial replacement? Cost and simplicity.

Total replacement is complicated because water systems own only part of the pipes. The final few feet leading into a building are owned by the building or homeowner. And lead is expensive to remove.

Both House bills died because they would have cost too much. HB 1805, proposed by Rep. Jessyn Farrell, a Seattle Democrat, would have required water systems to replace lead pipes all the way to the tap. Water systems officials objected strongly to it, arguing it adds major complications and balloons costs.

The other bill that died, HB 1925, would have greatly reduced the level at which utilities must take action to reduce lead exposure through drinking water through consumer education and other measures. Washington’s level stands at what the U.S. Environmental Protection Agency requires, 15 parts lead per billion parts of water. Rep. Gerry Pollet, also a Seattle Democrat, sought unsuccessfully to reduce that to 1 part per billion, as recommended by the American Association of Pediatricians.

Kuderer’s Senate bill only requires water systems to replace the portion of pipes they are already responsible for. With a much lower price tag, the Senate bill received a unanimous bipartisan vote of support from the Ways and Means Committee and is now scheduled for a vote on the Senate floor this month.

“The point is to reduce lead exposure as much as you can for kids.”

While the state Health Department reports that it finds 10 children a week on average with elevated lead levels in their blood, only about 4 percent of children are tested.

Children may get tested when they go in for doctor’s appointments. But not all doctors know to test for lead. It’s not hard, but the Health Department doesn’t have the funding to do the necessary outreach to doctors and encourage them to order the lead tests.

Most children with elevated lead levels aren’t exposed through water, but rather at home through peeling paint or the soil where paint chips land. That is why the Health Department has requested more funding for programs that address all sources of lead exposure. But soil and paint are harder problems to solve, as they are more spread out, making testing more challenging, and rarely happen on government property, making removal more difficult.

Like most issues this year at the Legislature, the question of funding for lead programs will come down to the budget. Will legislators prioritize finally getting a grip of Washington’s lead problem? While the Health Department is hopeful, Jenks acknowledged the program might only receive partial funding. Even that she considers a step in the right direction.

“If what the governor has funded us to do gets funded by the Legislature, then we get a jump start on this,” she said.

The other major front in combatting lead exposure is in the Department of Commerce. HB 1873 would increase Commerce workers offering safety training to people who work near or in the removal of lead paint from one to three. The money would come from increasing certification fees for businesses that work on lead paint removal and replacement.

Washington currently has the lowest certification fee for this type of program in the nation and even with the proposed $5  increase to $30 per certificate, the state’s fee will still be the lowest in the nation, according to legislative testimony by Tony Hanson of the Commerce Department’s community economic opportunities unit. The bill faced no opposition at its hearing and is expected to move through the House.

While the Legislature debates, parents and others can take steps to protect themselves and their children from lead in drinking water by running water from any tap not used overnight or longer for one minute before using the water. The EPA also recommends using only cold water for drinking or cooking, and advises consumers to consider using filters or other treatment systems.

Gilbert, the University of Washington scientist, sees tackling the problem of lead exposure as an ethical responsibility.

“The point is to reduce lead exposure as much as you can for kids,” he says. “You want to prevent this. Flint should never have happened.”

InvestigateWest is a nonprofit newsroom for the Pacific Northwest supported by public donations with offices in Seattle and Portland that focuses on the environment, public health and government accountability. To support this work please go to www.invw.org/donate.