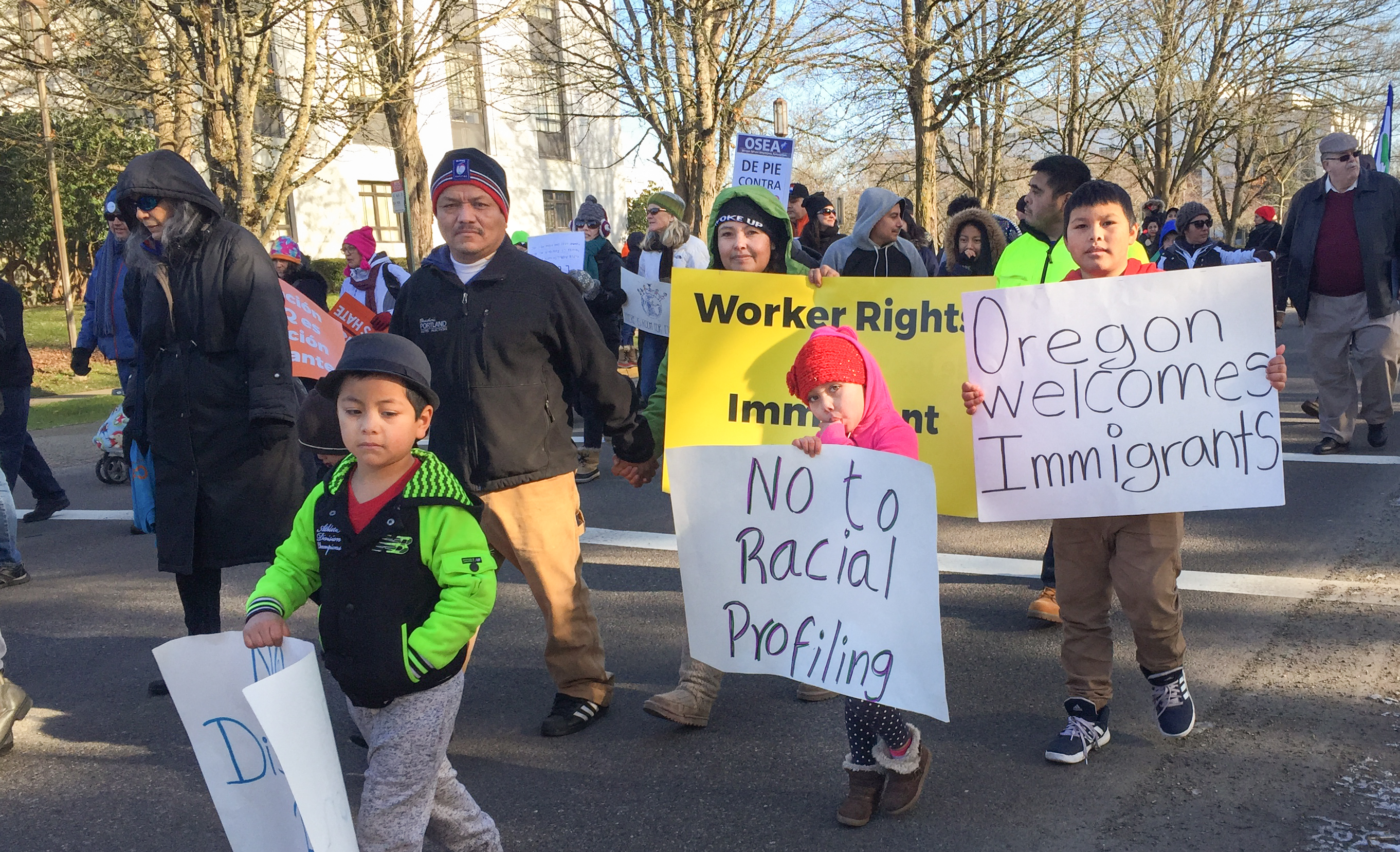 Is it a business to report on racial disparities?

Home » Redacted » Is it a business to report on racial disparities?

It cost $2,400 to buy the Unequal Justice series. That’s not pay for the reporters or photographers. That’s not the cost of editing and distributing the work, either. That’s just the cost to buy the story from the Oregon Judicial Department, which controls the bulk data that underpins the Oregon eCourt Case Information – the database a reporter analyzed to uncover the disparities reported in the series.

It’s also something for which the Oregon Judicial Department charges money. Every time a court-described “business user” asks for a data-dump from eCourt – something a reporter did twice for this series – it costs $1,200. Monthly updates to those one-time data releases cost $575 to the users who sign up for them. Those users include Experian – one of the big-three credit companies in America – and data giants LexisNexis and CourtTrax, which create information products that they sell to customers.

So the question on the minds of the series’ partners and media advocates following Unequal Justice is this: Why is the media paying as much for public information from Oregon courts as the companies that buy it in order to sell it? And is that cost a barrier to reporting critical information about the state of the justice system?

We think so. Discussion about these data costs stalled the project for months.

Duane Bosworth, the Davis Wright Tremaine attorney whose media-friendly court battles include recent efforts to squash subpoenas for reporters covering the Malheur National Wildlife Refuge occupation, thinks so, too. Referring to the way in which the Judicial Department treats the media when it comes to accessing records, he said: “Man, it is incredibly distant from what we do with records with regards to our government.”

By “we” he means others in Oregon.

Here’s why: The Judicial Department operates differently when it comes to calculating the cost of accessing records than what the Oregon Public Records Law spells out for other government agencies in the state. Those agencies can charge for the “actual cost” of compiling records – say the time it takes go to fetch them. But they can’t charge for the cost of the computer they’re stored on. And recognizing that in seeking information the press often represents the public’s interest, the Oregon Public Records Law allows for fee waivers for the cost of compiling records in cases where members of the press can prove they’re acting on behalf of the public.

“Lumping the news media in with title companies is contrary to everything that news stands for.”

Not so when it comes to accessing court documents. Instead, fee waivers are rare. And courts are allowed under state law [ORS 1.002(6)] to assess “reasonable” fees related to developing and maintaining systems for how those records are supplied. When the law was passed, it originally applied to the Oregon Judicial Information Network. That’s the former iteration of eCourt, a technological dinosaur by comparison.

But before the eCourt system went live statewide last summer, the courts were reauthorized by the Legislature to charge fees to develop and maintain eCourt. That new rule by the legislature allowed extended the chief justice’s authority to set fees from the old Oregon Judicial Information Network system (colloquially also called OJIN), to eCourt and another court system, the Appellate Case Management System.

Attorney Dave Bahr, and Bosworth, pointing to sections of the law that say fees for court information must be “reasonable” when calculated, questioned whether it really ought to cost $1,200 for a standard set of data, even assuming the media ought to pay whatever business users pay for such access.

But there we arrive at the rub now rattling the media on this one. And one likely to rattle other users, too: Though 75 percent of eCourt’s regular subscribers are public entities, none of those entities pay for the use of the system. Instead, public agencies are allowed to access the system free while “business users” pay.

That leaves a select group of users carrying 32 percent of eCourt’s costs for maintenance and for supporting and providing access to the system through subscription fees. Add filing fees to eCourt, which are largely shouldered by the same group of users (albeit many of whom likely pass them through to clients), and the rate jumps to 74 percent in the next biennium.

No one quite knows the total operating cost of eCourt– Judicial Department officials say their budget isn’t structured this way – so it’s not clear how much additional cost eCourt draws from other areas of the courts budget, and how much business users shoulder overall. Regardless, this is the group to which the Oregon Judicial Department thinks the media belongs: the business class.

“Lumping the news media in with title companies is contrary to everything that news stands for,” he said. “Title companies are commercial. That news media may or may not gain some revenue is proven irrelevant.”

Why does the Judicial Department provide eCourt services free to public entities? Practicality, said Phil Lemman, who is government and media relations manager at the Office of the State Court Administrator.

“We basically provide Oregon eCourt services at no cost to entities who, if they were filing a case, would not pay a filing fee,” he said. 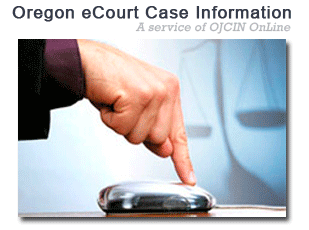 About half those users are law enforcement agencies and jails. Giving them free access is intended to reduce government waste and redundancy. “So if a guy shows up at a jail without a sentencing order, they can log in online and get that and not have to stand waiting for 30 minutes while someone goes and gets a paper copy,” Lemman said.

In addition to title companies and the media, the business users group includes attorneys representing defendants who are not appointed by the court, as well as landlords and real estate groups, private investigators, data brokers and law firms. Those users not only pay subscriber fees for the system. Some also pay for bulk data like the data underpinning the Unequal Justice series. Last year such fees accounted for $99,000 in eCourt-related revenues.

That the news media and others ascribed to the business users class support the cost of public entities that use the eCourt system seems in conflict with a law requiring “reasonable” fees, Bosworth said. And it’s in direct conflict with Oregon Public Records Law, which requires fees to be related to the actual cost of procuring records.

“The ‘reasonable’ cost ought to be tied to obtaining the particular records, not maintaining an entire system. … The concept that you could bootstrap the entire budget of some administrative staff is a nonstarter,” Bosworth said.

Lemman said the fee methodology for bulk data fees was developed in 2012, and that additional costs for eCourt were approved through the legislature in 2014. He added that that 2012 review also identified the costs to program the system to produce bulk data, like that sought for the Unequal Justice series, as well as the administrative time to prepare and approve data agreements, and provide and mail the hard drive containing the data. He described the fee structure as one that was still evolving.

“Moving from a paper environment to an electronic environment creates many challenges, questions and opportunities that did not exist before,” Lemman said.

The chief issue of why the media is included among those who pay those costs? Nobody’s really talked about it until now.

“I’m not aware of any litigation on this question either, which says something about the level of concerns about these fees,” said Lemman, who added the Judicial Department is open to discussing the methodology behind the costs for bulk data and eCourt, and how the electronic fee statute intersects with the public records law for the media.

This article has been modified from its original version to reflect legislative changes in fee-setting for eCourt that occurred in 2014.