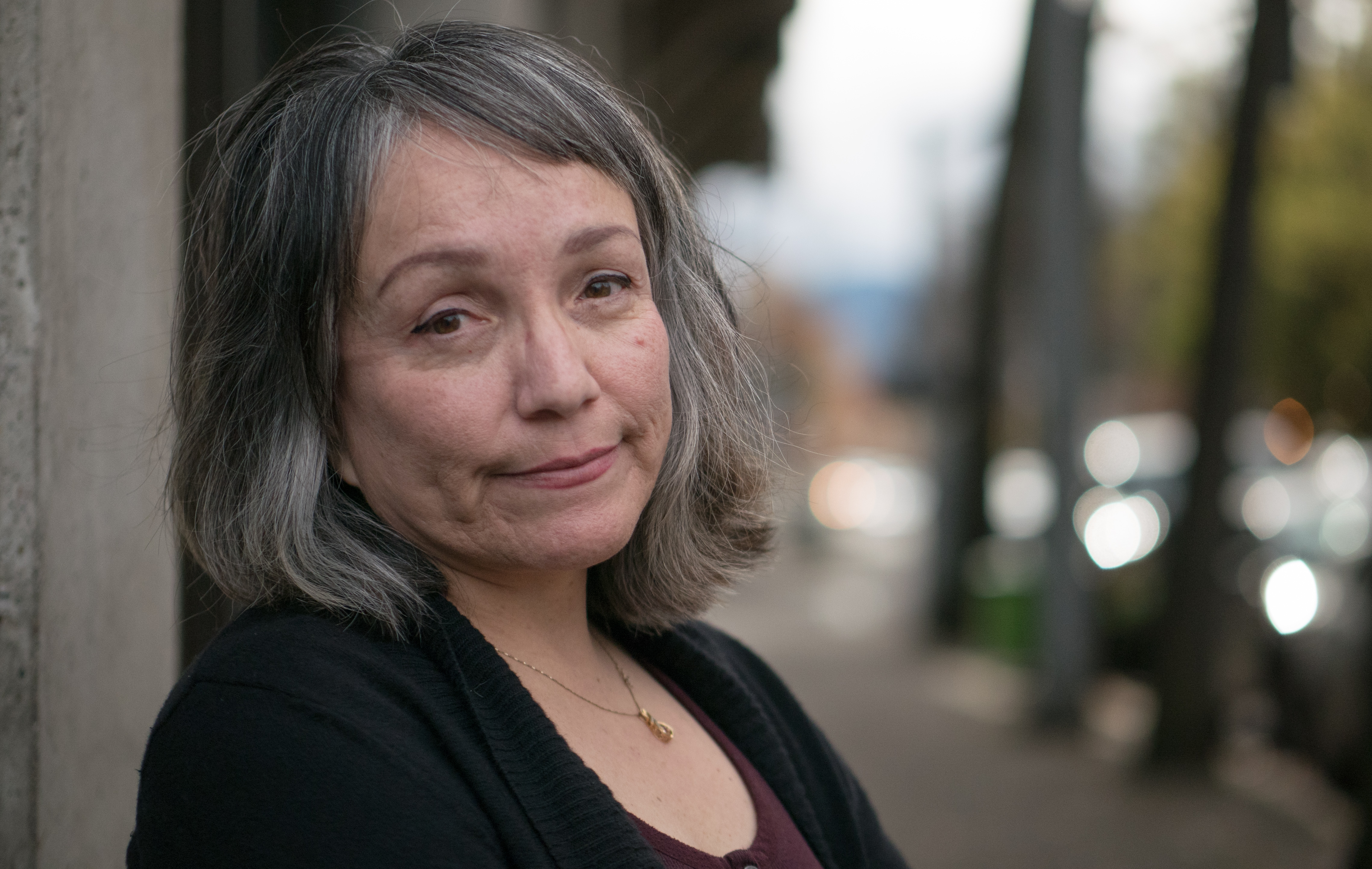 Concerns about Springfield police treatment of Latinos were met with resistance

It was just part the of job, guiding students through the Springfield Police Department facilities, a way to familiarize local youth with law enforcement.

But for Thelma Barone, the department’s community liaison, this July 2014 tour was her first chance to extend the opportunity to a group of Latino high schoolers. One dispatcher recalled thinking one student snapped a cell phone picture.

After it was over, supervisor Sgt. Rich Charbonneau shot her a quick email, “Nice work.”

And Barone forgot about the tour. It was just one of many she had offered during her 12 years as the Latina liaison, conducting outreach, coordinating events, interpreting for victims and fielding concerns from Spanish-speaking residents.

But by that summer, tensions were high within the department, according to interviews, internal documents and court records. Barone said she was getting an increasing number of complaints about how Latinos were being treated by police and less help in addressing them from her employer.

“I wanted to help them have a good relationship with the community. For their own safety, for the safety of the whole community.”

“People told me that when they asked for someone who spoke Spanish, sometimes they were told, ‘This is America, speak English,’ or ‘Go back to Mexico,’ that kind of thing,” Barone said. And, she was hearing some Latinos say Springfield police single them out on patrol.

For many years, Barone took those concerns to then-chief Jerry Smith. Smith would often diffuse tensions informally by meeting directly with Latino residents, pulling Barone in as an interpreter, she said. Smith did not return calls for comment.

“He had an open-door policy,” Barone said. “People could come any time.”

In the spring 2013, however, Smith resigned after footage surfaced of him kissing an employee, and Captain Richard Lewis took over as interim chief. That’s when Barone said she started hearing more concerns about profiling Latino residents. But when she tried to address them informally as she had in the past, she said, the new administration pushed back, suggesting she exaggerated or even invented the complaints.

“I don’t think they saw me as part of the police department,” she said. “Not only that, but they didn’t believe me. They thought I was attacking them. I wanted to help them have a good relationship with the community. For their own safety, for the safety of the whole community.”

That fall Barone attended a workshop offered by Eugene Police Captain Sam Kamkar on curbing bias in policing. It was a shorter version of a standard daylong training Eugene Police are required to complete. “I never heard of a training like that for our officers, unfortunately,” Barone said later.

Kamkar said he vaguely remembers having Barone in a class when he explained the distinction between ‘criminal profiling’, in which race may be used as a descriptor to identify a known suspect, and which is legal, and ‘racial profiling,’ which uses race as the primary predictor for crime, and which is banned by federal and state civil rights laws.

That training prompted Barone to go back to interim Chief Lewis and Sgt. Charbonneau, to talk about accusations from Latinos that they were being singled out for enforcement. She remembers a key exchange during an early December meeting. She recalled it going roughly like this:

Barone: “You’re going to follow someone just because they look Latino, they look like me, they look dark.”

Charbonneau: “Well that’s allowed, we’re allowed to do that.”

Barone: An officer is allowed to target someone if they match the appearance of a suspect, she explained, “but you’re not allowed to use race to follow someone because you think they’re more likely to commit a crime.”

Charbonneau: “Well, Latinos are more likely to be driving without a license.”

Gilbert Carrasco, a Willamette Law School professor and former civil rights litigator for the federal Department of Justice, agrees police cannot stop someone simply because they appear to be Latino. “If they are doing that, that’s still an unfounded investigation not based on reasonable suspicion,” he said.

Lewis, a 33-year veteran of the force, said he’s familiar with the distinction. But he said he cannot comment on the allegation because of a pending lawsuit, filed by Barone. “I would have a very strong response for you here if I could say it,” he said. “But I’m not allowed to.”

He said his department doesn’t collect data on the race or ethnicity of people involved in traffic or pedestrian stops, but he’s certain his officers do not engage in racial profiling.

“I can assure you that’s not happening,” he said. “And if it is, we’re going to correct it and stop it.”

Rosalia Marquez, a volunteer with the Springfield department, has helped coordinate events with Latino residents. She said she hasn’t heard the concerns Barone raised.

“Everybody profiles. I’m not going to say this person or that person doesn’t,” she said. But Marquez said residents praised the police as kind and courteous. Some residents complained, “we feel our neighborhood is being watched more by police,” she said, but those were neighborhoods with more crime.

Medford police officer Tim Doney took over as chief in December 2013, but the relationship between the force and their community liaison only got worse, Barone said. (Doney left the department after less than two years for a position on the state’s border drug enforcement team.)  But during his tenure, the complaints continued.

Jose Nava, 32, works at a Mexican bread shop in town. He requested a meeting with Doney in the winter of 2014 to talk about profiling. He wanted to bring others in for a conversation too, according to emails between Barone, the chief and his staff. The meeting never happened.

Nava said Latinos in Springfield felt they were being stopped by police on pretext for minor— or invented — violations to check for unlicensed drivers. They were sometimes asked if they were in the country legally —an inquiry prohibited under Oregon law. If an individual couldn’t produce identification, they were at risk of being hauled off to jail.

In February 2015, former Springfield Mayor Bill Morrissett asked Barone to speak to the Springfield City Club. What happened next, Morrissett said, appeared to be a botched attempt by the City of Springfield to get rid of someone who made waves.

Barone’s presentation to the City Club was thick with smiling photos of officers with Latino kids, and pledges that the department does not discriminate and does not “enforce immigration regulations (unless the individual is a suspect in a crime),” according to a copy of the Powerpoint.

“Building bridges of trust between police and community, the job I was hired to do, cannot be done by staying silent about complaints,”

It was timely too. The federal Department of Justice was investigating the shooting death of Michael Brown by Ferguson Missouri Police officer and preparing a damning 105-page report that would detail institutional profiling of black residents, including unconstitutional stops and arrests.

Someone at the City Club asked Barone if she’d heard similar complaints in Springfield. She said that she had.

It seemed like an innocuous exchange, Springfield’s public affairs manager Niel Laudati recalled. A week later, Barone was escorted out of the department and told she was under investigation for dishonest conduct. The allegation was twofold, according to court documents:

First, that during that July 2014 student tour, Barone had allowed students to take pictures and then lied about obtaining permission.

And second, that following a report of domestic violence, in August of 2014, Barone failed to provide adequate detail in a call for assistance, and later said she was sure she provided them.

She offered to leave quietly, with a year’s wages and a good reference, according to union records.

The city countered with an offer to keep her. But she would be suspended for one month without pay, and return as a community service officer banned from “multi-cultural liaison duties, activities or assignments similar to the type she engaged in” without approval from a supervisor. And she couldn’t say anything negative about the department, according to a copy of the department’s Last Chance Agreement.

Barone’s lawyer, Andrew Lewinter, said the 2015 agreement was intended to make sure she was no longer able to communicate with Spanish-speaking Latinos or raise concerns publicly.

“These had nothing to do with the trivial things they purported to discipline her for,” he said. “It was making sure she never again could tell anyone that yes, she had received complaints. By stripping her of her duties as multicultural liaison, she would no longer be in a position to field complaints.”

“Building bridges of trust between police and community, the job I was hired to do, cannot be done by staying silent about complaints,” she wrote in response. “I have done nothing whatsoever to deserve this injustice. This Last Chance Agreement is unacceptable to me and I cannot sign it.”

Lewis said he could not comment on the terms of Barone’s dismissal. The city would argue in court filings that it included the non-disparaging clause out of concern that Barone was “stirring the pot” by asking supporters to publicly denounce the city (Barone denied soliciting support) and that it wasn’t intended to impinge on her First Amendment rights as a private citizen. The city added a sentence to the agreement allowing her to internally raise concerns of profiling.

When Barone left in the summer of 2015, Springfield had a squad of 48 officers. One spoke Spanish, according to department records, and two identified as Latino. Lewis said it’s hard to recruit bilingual officers despite their best efforts. They gave Barone’s duties to a white officer who doesn’t speak Spanish.

Barone filed suit that August, alleging her First Amendment rights had been violated. The case is pending in federal court.

Meanwhile, Elena Espinoza, the Springfield High School multicultural liaison who had taken her kids on the July 2014 tour, told Barone’s union lawyer that she remembers getting permission from “everyone in all the departments” for her kids to take pictures. She told the lawyer she was very sad about what had happened.

“I will not feel safe to visit the Springfield Police Department with my students anymore,” she wrote.