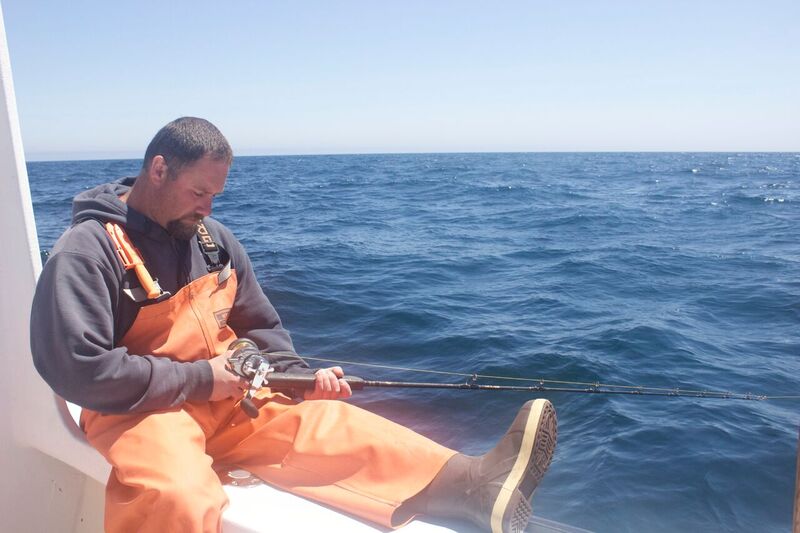 Double-duty on a job and a book wasn’t always easy; my colleagues only made it look that way

Home » Newsroom » Double-duty on a job and a book wasn’t always easy; my colleagues only made it look that way

It can’t be easy to work with someone who is always on the lam. But if it was ever really hard, no one at InvestigateWest said so.

Maybe this is one of the benefits of working in a remote newsroom, where the staff meeting is a Google Hangout and the bulletin board is a Slack channel: Nobody notices when you’re not in the office. But it would have been pretty hard not to notice my meanderings in 2015. It was the year I was both a part-time staffer at InvestigateWest and writing The Fish Market – Inside the Big-Money Battle for the Ocean and Your Dinner Plate – which released Nov. 15.

The backstory of how I came to write the book will be known soon enough: I lost a bet in a bar over whether I could be talked into writing a story about seafood. Afterward Robert McClure, as intrigued by the tip I received as I was, helped me write a grant that sent me packing to Alaska to uncover the first scraps of what he would later call “an embarrassment of riches.” Such riches, in fact, they became seven articles, a fellowship and a book.

Along the way, much of what I learned about today’s seafood marketplace landed in the care of InvestigateWest. Through partnerships with The New York Times, with Slate, and with newspapers and radio stations through the Pacific Northwest, that initial trip was converted into stories about sharecropping on the sea, the plight of native fishers, and about whether big seafood buyers like McDonald’s were green-washing the dire fate of the Pacific halibut.

I continued reporting the story in my off-hours and in such depth that the breadth of my knowledge soon outstripped my ability to condense it into increments of 1,000 words. I sold the book in December 2014, its focus being the unmooring of coastal communities amid the push for sustainable seafood. Which is how I came to be logging into a staff meeting from my phone in the parking lot of a Subway in Saco, Maine, last June. 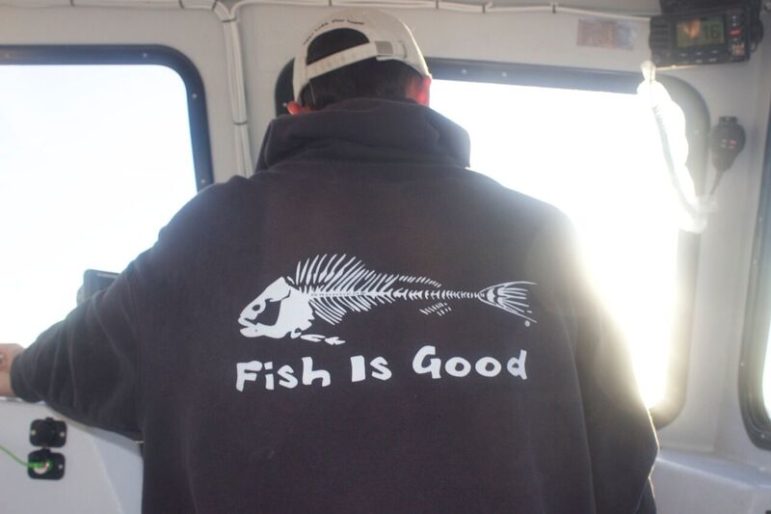 I was sitting on the curb and poaching the Wi-Fi from the sandwich shop. I ate, too, so I considered it fair game. Plus, the place was across the street from the grocery store, where I planned to buy bread and sandwich fixin’s for the seafaring dudes I had the job of feeding the next day aboard a fishing boat called Finlander. (This was a familiar refrain: trading food or small jobs for my space aboard fishing vessels, which was otherwise at a premium.) The day of that staff meeting, I was about 12 hours away from my Maine christening on the Atlantic, my first bout of seasickness, and from learning the truly restorative powers of Gatorade.

What I remember, though, is that the light was glinting on the phone and it was hard to see. I kept getting tired and going from standing to sitting and then sitting to standing. Probably the whole staff was distracted by me. And distracted by the guy behind me who kept pretending to check on the garbage bins, but really just wanted to know what I was doing. I promise I was only trying to participate at my job without making a spectacle of myself inside the actual Subway. But I probably also was making it difficult for everyone else at InvestigateWest to concentrate on their work. If that was the case, they never admitted it. And this only underscores the most stellar thing about our newsroom: that the priority is always the journalism. That the person committing it is fanning their phone at the sun on a Google Hangout is beside the point.

I can’t recall what stories we discussed. I know we were in the thick of reporting the Portland Housing series in Oregon, and that I was dividing my time between it, the writing of the book, and the travel it took to capture the narratives that underpinned The Fish Market. There’s no point in denying that 2015 turned out to be the most grueling and overworked period of my life, which says something for a mostly tireless person. I knew it would be when I accepted the book deal.

Everybody at InvestigateWest knew it, too. By that point in my travels, I’d spent weeks seafaring and writing around Massachusetts and Cape Cod, and was due in Alaska in a few days. The following week, I phoned into the next staff meeting from a college dormitory in Sitka, where I was dividing my time between reporting what turned out to be the Slate story on the McDonald’s/halibut fiasco and chapter nine of my book. I never did sleep well during those long Alaska summer days. And because I hadn’t had a car in over a month, I had walked off a lot of weight by the time I headed home, especially on top of all the seasickness and the grocery store clam chowder I was living on.

It would have been easy, really easy, for other members of the staff to complain. Or for my co-workers to be irritated by my flightiness, and to have treated me as though I was absent from duty, getting the plum gigs, or globetrotting instead of actually working. I have seen that sort of thing happen in other newsrooms over far less – basketball tickets, coveted assignments, and the size of one’s expense account, for example.

Stunning to me then, and even now, that the only words my colleagues ever had for me were words of encouragement. Kim Drury, Heather Kosaka, Carol Smith, Jason Alcorn and Robert McClure – every person – prioritized the journalism over the glare of the sun and the globetrotting every time. They knew what even good people in off-color moments can’t always accept about this business: that while sometimes reporting on location can look like an extended vacation somewhere sunny, it is more like cramming for an essay test that you write in a hotel room. I never had to explain that to anybody.

Robert McClure, when he would say anything, would only utter the same thing every time: “We need to make sure you are getting the time you need to write your book. That is very important.” A master of the pejorative who means it – he always says “we” – boy did I get lucky on that, and with the rest of them.