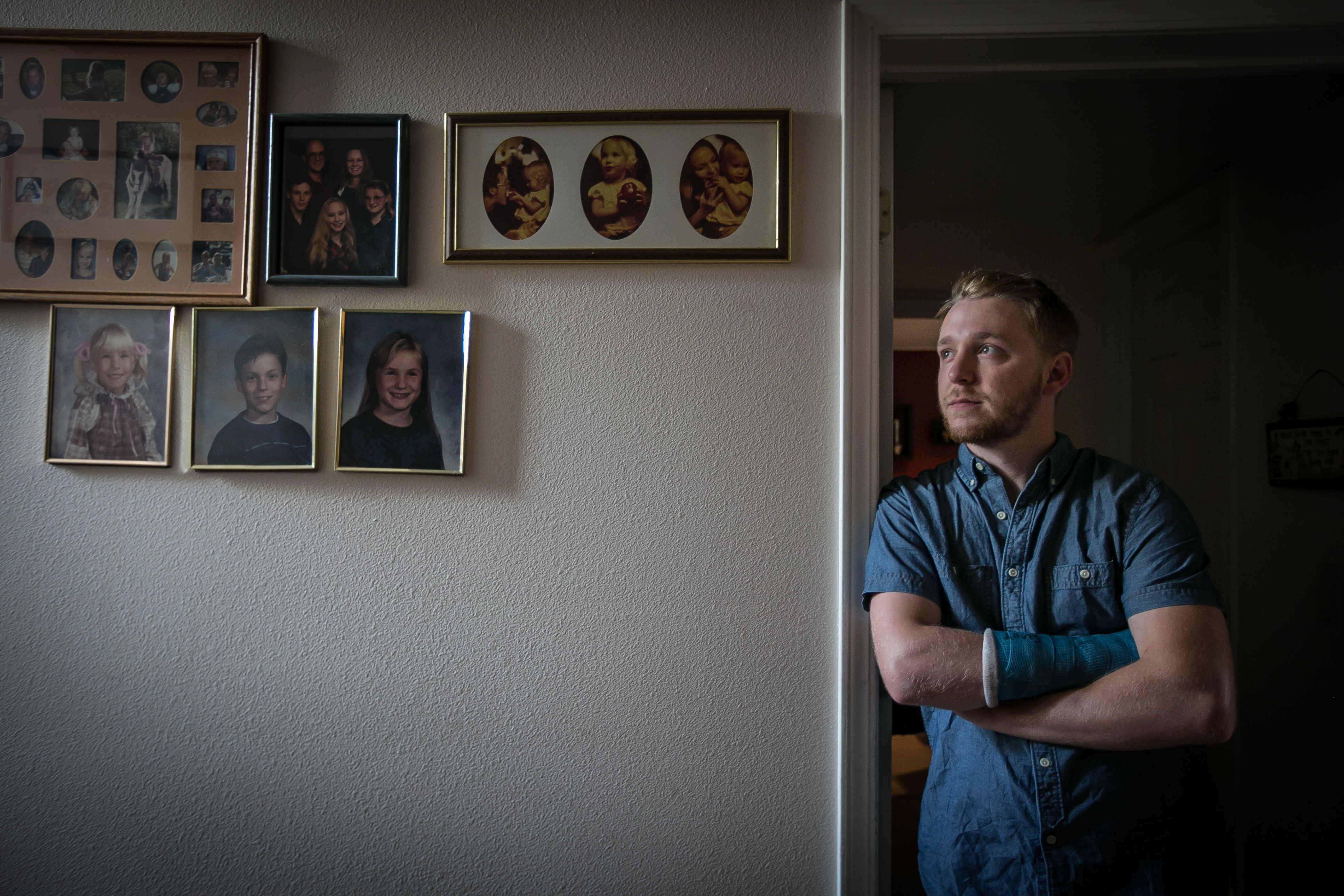 Washington’s Department of Social and Health Services faces what internal documents reveal is a crisis in finding places to house foster children – kids removed from their parents’ homes as a result of neglect or abuse. Many young people are being shuttled between hotels and emergency housing.

One major cause of the problem is a shortage of adults willing to serve as foster parents. The state for decades had about 6,000 foster homes. In recent years that has slipped to about 5,000, even as more children are coming into the system, in part because of the opioid addiction crisis. The state Legislature cut the program during the Great Recession and has never fully restored the budget reductions. Today, many foster parents report burnout and a feeling that they are not adequately supported by social workers juggling huge caseloads.

“Average people with good intentions don’t have the skills to cope with the high needs of many kids in the system today”, Wilson says.

As InvestigateWest reporters interviewed dozens of foster parents, foster children, social workers, state administrators and others in a seven-month investigation for KCTS9 and Crosscut, many suggestions came up about how to fix the system. Here are four of them:

Foster kids often get bounced around because social workers have to stick them where there is a bed available, not necessarily with a family that is well-suited to the child’s needs. And those needs may not be well understood when a child first comes into care.

To address this gap, several short-term group facilities have opened in recent years to receive kids when they are first taken from their parents’ homes. One of these, the emergency sanctuary program run by Amara in Seattle, accepts children as old as 12 for up to 72 hours. Amara plans to open a second facility in Tacoma later this year.

Teens have fewer options, and many end up in detention centers and shuffling between group homes, making it more likely they will run away. Dan and Kathleen Hamer, adoptive and foster parents who run orphan care programs at Overlake Christian Church in Redmond, hope to change that.

They are working to open what they call a receiving “camp,” where children over age 5 can stay for up to a month after entering foster care.

The idea is to give kids a “soft landing” and let them catch their breath after the trauma of being removed from their parents, said Kathleen Hamer, who works with homeless youth. They would receive assessments and counseling along with advice about their rights and what’s happening to them. It would also give both children and potential foster parents time to prepare for the transition into a family, in the hope that the first match would be a lasting one.

Some observers say the state needs to bring back more of what it calls “receiving homes.” These are foster parents who agree to take in children for up to a month after they enter care. Receiving homes are reimbursed at higher rates, and many were eliminated after the Washington Legislature cut the agency’s budget during the recession, according to Jennifer Strus, the head of the Children’s Administration.

The state should recruit and fund more of these receiving homes, says Tanya Copenhaver, who was a social worker for the Children’s Administration for 15 years until leaving last year for a better-paying job in healthcare. Keeping kids in one place while they settle into foster care “would make a big difference for some of these kids,” she says.

“It costs a little bit more money, but in the long run, it might save money because kids wouldn’t have to move all the time, and it wouldn’t be so traumatic,” Copenhaver says.

The state has responded to the foster parent shortage by trying to recruit more foster parents and hold on to the ones it has. But that’s not enough, says Dee Wilson, who was with the Children’s Administration for 26 years and now works on child welfare issues nationally.

Average people with good intentions don’t have the skills to cope with the high needs of many kids in the system today, Wilson says.

Wilson is calling for 1,000 parents in the state, or about one-fifth of the available homes, to be specially trained and paid extra, on top of the usual reimbursements to cover children’s basic needs. There would be higher expectations for these “professional” caregivers, and they’d be equipped and supported to take on the “pretty severe problems” that many of the kids have, he says.

It wouldn’t be a cost-neutral fix, Wilson says, “but it doesn’t have to break the bank, either.”

Wilson suggests a figure of $1,000 a month per foster family, to compensate them for their experience, knowledge and skills. That would cost less – perhaps substantially less  – than $12 million a year, a mere 1 percent of the Children’s Administration budget. And it would also reduce the need for residential facilities, which can cost the state upwards of $10,000 a month per child.

Paying some foster parents a modest salary would help alleviate another problem: Some parents have difficulty balancing full-time work with the need to navigate the system and advocate for themselves and their kids.

The professional foster parent concept is also one of the few that hasn’t been tried yet in Washington, so it might have a better chance of succeeding, said Beth Canfield, who fostered kids for 32 years and serves as president of the Foster Parents Association of Washington State (FPAWS). Legislators have had a hard time understanding the idea of professional foster parents in the past, she says, but once they realize that it simply means foster parents are trained and paid to be available for kids full-time, they tend to support it.

Being a foster parent can be heartbreaking, confusing and isolating, according to those who’ve done it. That’s why it’s essential for them to get support — both emotional and practical — if they are going to be successful and stick around. But they can’t count on receiving that support from social workers who may be juggling 25 cases or who may change every few months due to high turnover.

“Our role basically is to be like the grandparents, or actually we’re the auntie and uncle,” says Mary Donaldson, a hub parent in Kirkland. She and her husband, Gerald, fostered for 15 years before joining Mockingbird in 2009.

The Donaldsons host regular meetings and trainings, organize outings and act as a liaison with the state. But their most important role, she says, is getting to know the kids, so that the children have a familiar place to go when their foster family needs a respite or when the inevitable blowups occur. That helps reduce unnecessary moves.

“If a child is acting out and the parents need a break,” Mary Donaldson said, “instead of calling the social worker and saying, ‘Come get this kid,’ they’ll call us.” Other times, parents will transfer a kid who isn’t working out to another home in the constellation, allowing the child to stay in the same school and among familiar people.

Fourteen Mockingbird constellations are up and running in Western Washington, some funded privately and others by the state. The state’s 2016 supplemental budget included funding for an independent evaluation of the costs and benefits of the model, which social workers, advocates, state administrators and others widely cite as promising and worthy of expansion.

Foster parents benefit the most from moral support from their peers, Canfield says, whether it’s through social media groups or training exercises organized by foster parents themselves. “That’s the biggest thing — we see them get angry, then get support, and then become better foster parents,” she says.

Starting the training and support early for parents who are waiting to be licensed also helps with recruitment, she says.

Strus, the head of the Children’s Administration, says overwhelmed caseworkers run out of patience and time. So she recently hired a person solely to respond to foster-parent inquiries and concerns.

“Foster parents need to be seen as part of the team,” says Mike Canfield, the executive director of FPAWS, Beth Canfield’s husband. “We need to see foster parents as Good Samaritans trying to do a good thing.”

Brandon Fogg, who has experience both as a foster child and foster parent, says one social worker told him the biggest problem is “that there’s not a face to the foster-care system. There’s no one out there advocating for it.”

So Fogg, who works for a carpet-cleaning company, is trying to find a local celebrity to be that face. He’s working on a plan to track down actor Chris Pratt, who’s from his hometown of Lake Stevens, to convince him to join the cause. And he hopes to start a clothing brand called “Foster for Foster” whose proceeds would benefit foster care.

“There’s so many celebrities for the children’s hospital, which is great, but they have enough endorsements, and the foster system has none,” Fogg says. “It’s an equivalent issue, it’s just unknown to most people.”

This reporting was supported by the Fund for Investigative Journalism and the Satterberg Foundation.