The Future of Investigative Journalism Is Here

Home » Newsroom » The Future of Investigative Journalism Is Here

Friends —  InvestigateWest Managing Director Lee van der Voo attended the Investigative Reporters & Editors conference in New Orleans — read on to find out where the field of journalism is headed and how non profit journalism studios like InvestigateWest are part of the solution.

It’s hard to imagine that 400 journalists could keep a secret. The same secret. But it happened, no kidding. The nonprofit International Consortium of Investigative Journalists proved it when it released the Panama Papers last spring, disclosing a damning trove of 11.5 million documents that detailed how Panamanian law firm Mossack Fonseca helped squirrel away the assets of some of the most powerful people on the globe – tax-free.

That’s because when those 400 journalists – employed by more than 100 news organizations worldwide – shared their secret, they did something nobody had done before. They proved that there’s a return on investment for supporting investigative journalism.

We always knew that. If you’re receiving Sidebar then you know it, too. But I’m not talking about the kinds of things we know journalism does best – inform an engaged citizenry, give them the tools to change systems, and help hold powerful people and institutions accountable. I’m talking dollars and cents ROI. The kind of basic financial calculation that people who speak money understand.

How much ROI is there on journalism? Forget, for a minute, that the Panama Papers implicated dozens of EU officials in financial double-dealing, provoked audits of two Austrian banks, and led to the resignation Iceland’s prime minister. Just know that a follow-up analysis of the Panama Papers by The Guardian in London uncovered more than 7 billion pounds (more than $9 billion U.S.) of London real estate used for illicit tax shelters. Governments around the world now are reclaiming those properties. And those recovered assets come courtesy of a much smaller investment in journalism.

According to the Global Investigative Journalism Network, only about 0.2 percent of 7 billion pounds is invested in international investigative reporting by donors – or $20 million – annually. I love these numbers. I can’t stop telling our donors about them. It’s a fabulous return on investment. So fabulous, in fact, that on Sept. 8 it was reported that the country of Denmark was buying data leaked from Mossack Fonseca – similar data from which the ICIJ mined the Panama Papers – regarding Danish citizens. Officials’ plans for the data? Tax evasion research. 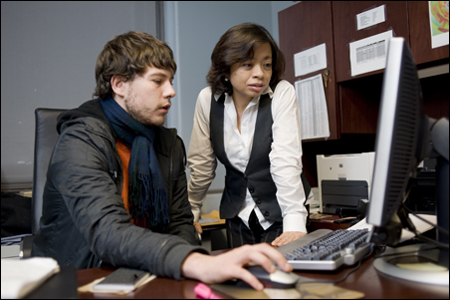 Of course, I did not discover these outcomes. They were highlighted by Sheila Coronel, the powerhouse director of the Toni Stabile Center for Investigative Journalism at Columbia University, when she gave the keynote address at the annual Investigative Reporters & Editors conference this June in New Orleans. Coronel’s dizzying résumé includes more than a dozen books, reporting on the Marcos dictatorship, and the founding of the Philippine Center for Investigative Journalism. This research was spot-on, and her words fell like fairy dust on IRE, the annual conference that is something like church for investigative journalists.

I attended on behalf of InvestigateWest. It was the first time in a few years I could make it owing to an excessive amount of summer seafaring to research a book (“The Fish Market,” out in November). It didn’t take long to see how things had changed at IRE. The last time I attended, the conference was an upbeat but anxious job-hunting affair. It was a place where the most talented reporters in the world came to pick over the ashes of the industry and talk about “the future of journalism” like the nebulous thing that it was – something none of us had touched. This year I got to stand in a thundering crowd while Coronel declared that the era of the lone wolf is over. And that we had entered what she called the Golden Age of Global Muckraking.

There were 1,850 investigative journalists in attendance at IRE this year – the largest gathering of investigative reporters ever. And they came from all over the world.

“There are now over 100 investigative reporting centers and organizations outside the U.S. Today, there are muckrakers even in places like Armenia, Bulgaria, Nepal, Venezuela, the Arab world,” Coronel said. And the Institute for Nonprofit News, to which investigative nonprofits in North America belong, counts more than 100 member organizations.

She talked about how these journalists share resources, work together, help one another in times of need, and are employing powerful technologies to do more with less, buoyed by a growing tide of public support for their work.

In other words, Coronel let us know that the future of journalism has arrived. And that it looks like InvestigateWest.