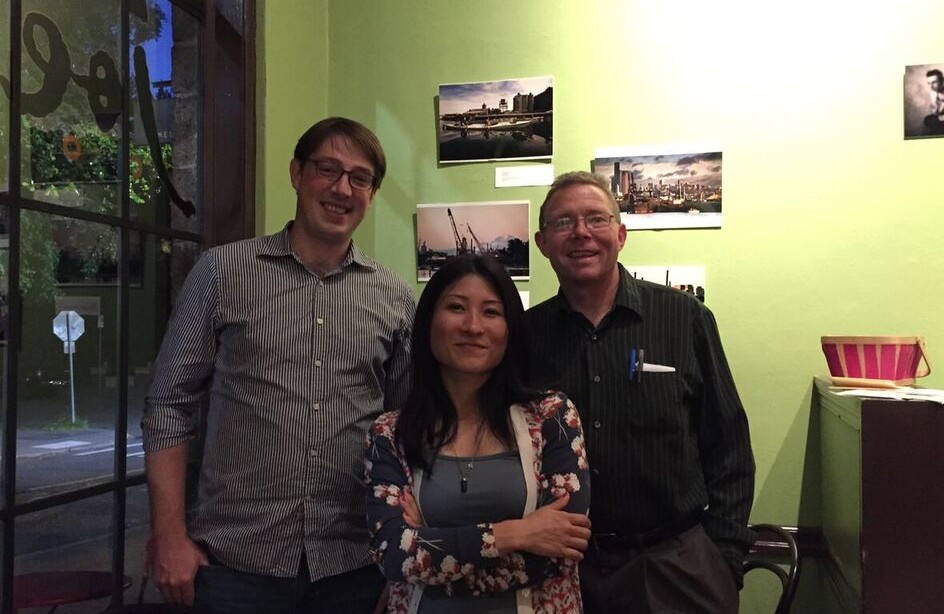 Goodbye to our Associate Director

Home » From the Field » Goodbye to our Associate Director

InvestigateWest is saying a grateful farewell to Associate Director Jason Alcorn and offering profound thanks for his extraordinary innovation, intellect and passion in building the groundbreaking news agency.

“Jason was integral to the excitement that InvestigateWest has generated over the last four years,” said InvestigteWest Executive Director Robert McClure. “He is at once a visionary and a team player. Jason made a huge difference in our success.”

Alcorn oversaw fundraising, communication and product development for IW. He also handled many of IW’s relationships with news partners and took bold steps to improve IW’s digital publishing efforts. Over the last two years, Alcorn led IW’s expansion of Oregon operations, an effort that will continue to pay dividends for InvestigateWest and the people of Oregon. He also was the architect of the Statehouse News Project that has brought long-diminished scrutiny to the Washington Legislature on environmental and health issues over the last two years.

“Jason in an innovator whose energy took us in many new directions,” said InvestigateWest Board President Jill Avey, a marketing executive. “His business-backgrounded thinking made a huge difference.”

Alcorn’s previous work in technology products and online strategy for organizations such as UNICEF and The Conservation Fund proved invaluable as IW grew after its 2009 founding by veteran journalists from the Seattle Post-Intelligencer. Alcorn was particularly helpful in expanding InvestigateWest’s “journalism studio” concept that places in-depth public-service journalism into larger news media outlets.

“Jason was always pushing for the organization to be more efficient, to think bigger, to use our journalism to have a greater impact,” Reich said. “Jason also brought a whole new set of important skills and ideas to help us realize the opportunities like never before.  The organization is in a better place because of Jason being part of the team, and he will definitely be missed.”

For his part, Alcorn said he is most proud of “the journalism we did that made a difference.”

During his tenure at InvestigateWest stories prompted Seattle schools officials to implement steps to better protect students from air pollution, and led to action by three state attorneys general to provoke consumer disclosures by the nation’s largest for-profit thrift store. One of Alcorn’s stories, focusing on dementia sufferers who wander away from home – sometimes with deadly results – helped prompt additional training of first responders in dealing with the growing problem. That story was a finalist for an Investigative Reporters and Editors Award.

A 2004 recipient of the Thomas T. Hoopes Prize, Alcorn is a graduate of Harvard College. He received his master’s degrees from Columbia University’s School of International and Public Affairs and Graduate School of Journalism, where he was recognized for outstanding performance in interactive design. He was selected in 2011 as a Carnegie-Knight News21 fellow.

Alcorn lives in Los Angeles with his wife Carmen Iguina, a lawyer for the American Civil Liberties Union. They are the proud parents of a one-year-old son.