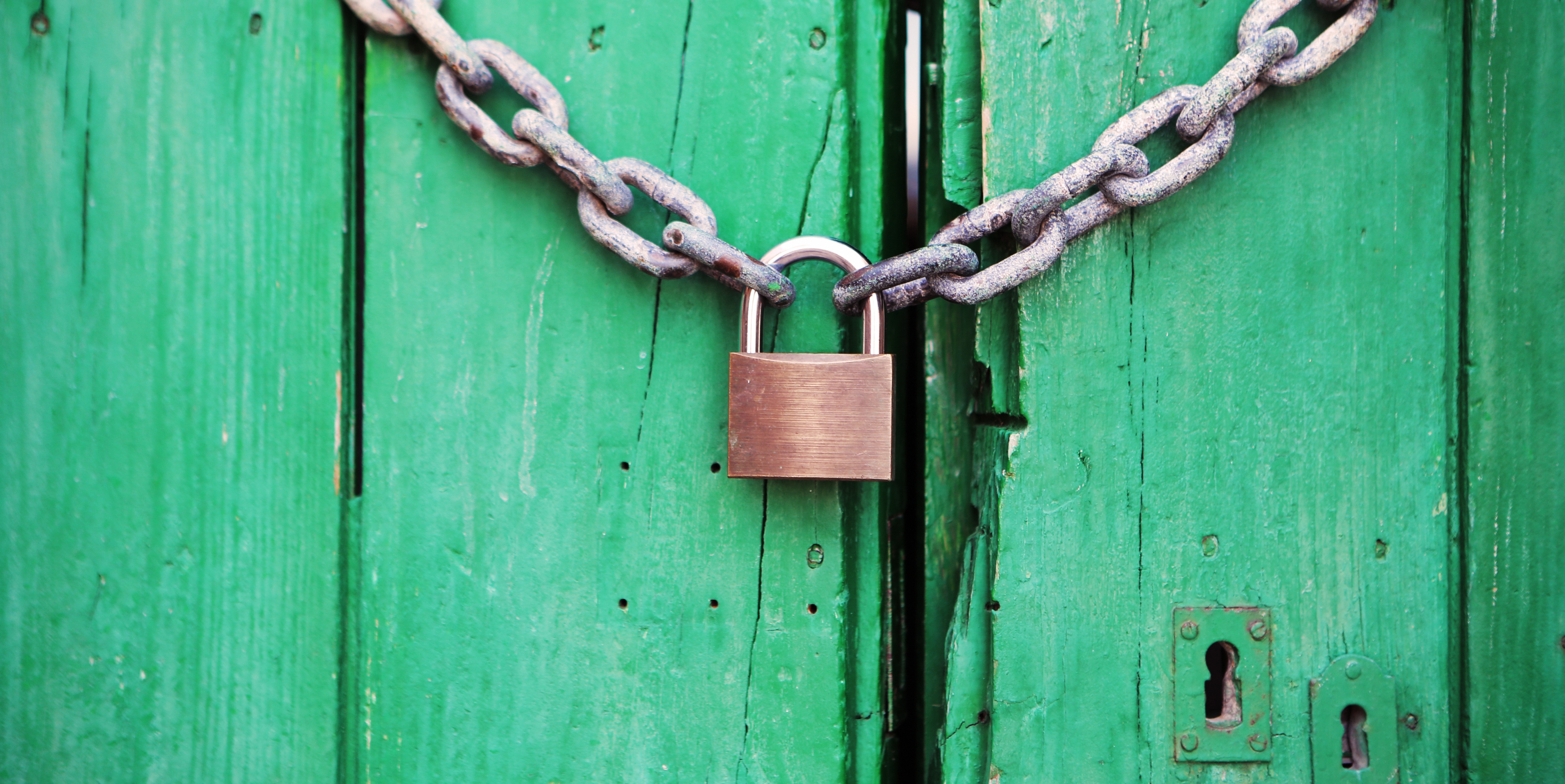 Redacted readers are probably going to want to dip their quills on this one, so before I launch into it, two important dates: Feb. 12 (that’s Friday) and March 2. The first is the date you want if you’re inclined to gripe in public. The second is the drop-dead for written comments. Now onto the issue itself, a pressing question before the Oregon State Bar: should it go dark on complaints involving attorneys?

Oregon attorneys have been operating in a state of total transparency since we’ve had transparency laws, making them a standout among regulated professionals in Oregon. Unlike attorneys, Oregon dentists, doctors, nurses, and other broad swaths of professionals have, over time, carved out exemptions to the Oregon Public Records Law regarding complaints and investigations.

The Oregon Board of Dentistry primely illustrated the problem six years ago when it refused to release an investigation of a porn-cruising dentist who was also a frequent masturbator.[1] The incident captured what was then a growing concern: that Oregon’s regulatory authorities were failing to balance public interest with confidentiality for regulated professionals. In effect, the regulators were becoming more like trade groups, and exemptions to public records laws were helping that along.

The dental incident capped four years of inquiry by the Oregon House Health Care Committee, whose then-chair Rep. Mitch Greenlick, D-Portland, had been leading a probe of the state’s medical boards. The issue: while the public had access to basic information about discipline involving regulated professionals when discipline was issued, consumers often don’t have access to complaints and related documents. And without those, the quality of the regulation itself was suspect.

We especially care about attorneys in this regard. Take a look at the Oregon Legislature. See a lot of dentists, doctors, and nurses? Some, perhaps. But most years you’ll see attorneys in greater proportion. Attorneys in the Legislature number 11 at present, or 12 percent of its members, and perhaps a couple of others who have law degrees but aren’t bar members. Attorneys turn up in high percentages in public offices for good reason. They know the law, and many have the support of law firms to supplement public service in positions that pay little or nothing. The result is that attorneys occupy the Governor’s office, one out of every eight legislative seats, appointments on state boards and commissions, and local offices throughout the state.

Until now, these attorneys have been a bright spot on Oregon transparency. That’s why, as Greenlick’s committee was dashing off bills in the Legislature, trying to bring the medical community’s regulators in line with their charge to protect the public, the Oregon State Bar could be pointed to as a shining example of professionals who resisted the cloak. Complaints about attorneys are public. So are disciplinary files. And if you care enough about them to drag yourself to the State Bar office inTigard for a look, there’s nothing there that is a secret. Many Oregon attorneys are proud of this.

The proposal now before the Oregon State Bar seeks to change that, however. The proposal comes from the bar’s Disciplinary System Review Committee, which looked at what works and what doesn’t and also considered the findings of a 2014 American Bar Association review of attorney discipline in Oregon, which supported the bar’s transparency but suggested a few procedural tweaks. The history of the committee’s work stretches back some years, versions of which can be had in the report itself,[2] and in a minority opinion by attorney Richard Weill.[3] It led to the recommendations now before the bar’s Board of Governors that, if approved, would seal complaints about attorneys, all related information and documents, and keep complaints confidential unless a formal complaint is filed by one of two mechanisms that involve a bar committee either formalizing the complaint or settling it.[4] The committee is also recommending complaints be expunged after three years.

In a dissenting opinion, Weill argued committee’s work was unduly influenced by a heavy-hitting attorney who was the subject of a disciplinary proceeding while serving on the committee. He contends the committee’s work so jumped the rails that many of its recommendations aren’t in the public interest at all, such as taking away a complainants’ right to appeal. The prevailing side, however, concluded the system wasn’t doing enough to protect attorneys facing discipline from reputational damage, in effect rendering them guilty until proven innocent while discipline was taking years to carry out.[5] (Supporters included the attorney who served on the committee while facing discipline and was later exonerated, Barnes Ellis.)

Their argument for change, in the recommendations itself, is described this way:

“Oregon is unique in the country for having a discipline system that has been fully open to public disclosure since the late 1960’s… OSB’s open system is credited with enhancing the integrity of the self-regulating system of lawyer discipline and providing the public with important information about lawyers they may be considering hiring. The counter-argument was that a complainant can use the mere fact of their filing a complaint to smear the reputation of a lawyer” — even one later found to be unsubstantiated.

Would-be employers of these attorneys could get the wrong idea. It sounds measured. But there’s a lot more at stake. Like the ability of the public to judge whether attorney discipline system is up to snuff by weighing complaints against outcomes. The ability to explore worrisome trends among attorneys. And our state democracy, while Oregon attorneys occupy the highest office in the state and quite a few lesser ones, too.

I hear the attorneys’ concern about reputation. But let’s be clear: smearing a person with falsehoods is illegal. Attorneys know that. Libel, slander, and defamation laws have long protected Americans against personal attacks. After all, often embittered people file these grievances. They’ve just been to court, or divorced, or otherwise spent money on things that tend to leave a person unsatisfied. Sometimes they blame the attorney.

But when an attorney’s discipline has risen to a level that winds all the way to the Supreme Court, as was the case with Ellis, it is a matter of public interest, however uncomfortable. When it doesn’t, those open public records have meanwhile helped many a reporter background a political candidate. We couldn’t do as thorough a job without those records. Nor could we and other citizens evaluate whether the bar properly handles complaints and discipline.

I will never forget a story Greenlick told me during his probe of Oregon health boards about a woman who called a state board. Considering surgery with a doctor, she wanted to know if any other patient had complained about him. She was told there weren’t any complaints, because the board didn’t normally release those unless discipline had been issued. In fact, there were complaints about the surgeon at the time — so many they had spurred an investigation that was underway. The woman went ahead and had the surgery, based on the information she received. The doctor blinded her.

Worst-case scenario? Sure. But it illustrates that transparency laws are there for public protection, and is a stark reminder of why public interest is the first charge of professional regulatory boards in Oregon.

[1] Why a public agency that polices treatment of the mouth would conceal this information from consumers was the central question of the debate about the dentist. The board argued the documents weren’t in the public interest because it never issued discipline in the case, an opinion with which Oregon Attorney General John Kroger’s office disagreed. The Board of Dentistry briefly sought to sue the attorney general in the case — that’s right, the board sued its own state attorney — to keep the records private. It was only the second time in state history, that I’m aware of, that a state agency sued the attorney general to block access to a public record. Eventually, the Board of Dentistry hired an outside attorney who advised it to drop the whole thing, which it did. You can read about the entire saga here.

[2] The full report of the bar’s Discipline System Review Committee can be had here. Supporting documents here.

[4] “*DSRC Recommendation (26) Amend the Bar Act to provide that complaints of misconduct and all information and documents pertaining to them are confidential and not subject to public disclosure until either (a) the SPRB has authorized the filing of a formal complaint, or (b) the complaint has been finally resolved without SPRB authorization to file a formal complaint.” Here’s the link.

[5] Attorney Barnes Ellis penned two minority reports supporting the recommendation and responding to Weill. They can be found here.

This post has been updated with the correct location of the State Bar office. It is in Tigard, not Lake Oswego.