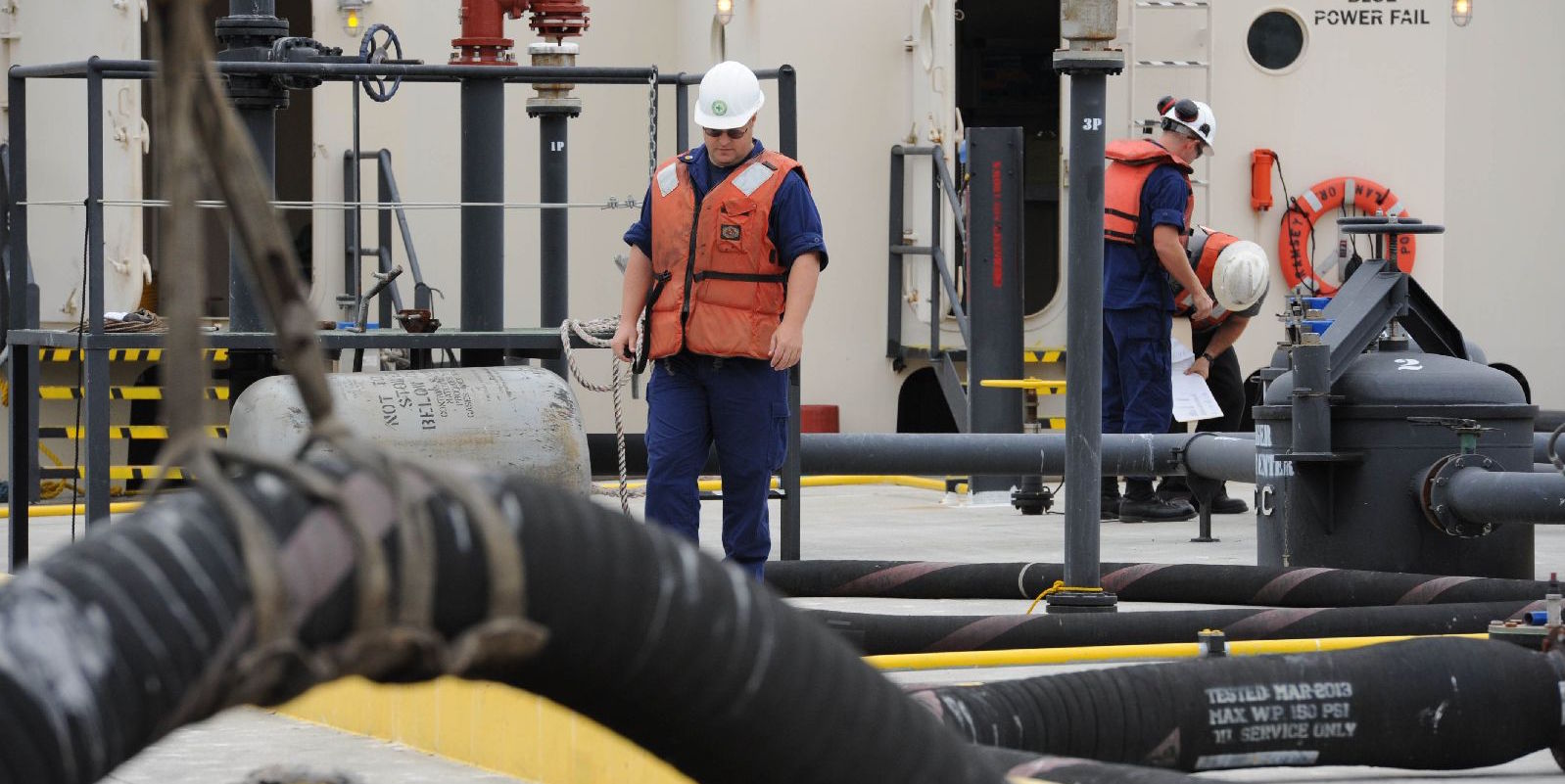 OLYMPIA — Citing increasing use of what they call risky practices when boats haul oil across Puget Sound, environmentalists are making a bid for a new law regulating marine vessels to match 2015’s stricter controls on the boom in oil transport by railroads. But they may have recently reached their high-water mark for this legislative session.

Scientists say Puget Sound — in failing health for decades and beset by a litany of insults including toxic pollution and shoreline development — could be dealt an ecological death blow by an oil spill in its poorly flushed waters. Think of it like drowning a person who already had been dying of the proverbial thousand cuts.

Last year Democrats and Republicans in Olympia eventually made common cause on a hard-fought bill to better regulate trains hauling explosive new varieties of crude oil across land. But the compromise angered environmentalists because similar measures for on-water oil transport had been stripped from the bill.

“I think we can all be proud that in a bipartisan fashion we passed legislation addressing the concerns of our communities have had addressing the increased shipments of oil by rail,” said Sen. Kevin Ranker, D-Orcas Island, sponsor of new legislation (SB 6418) heard Tuesday in the Senate Energy, Environment and Telecommunications Committee. “What we neglected entirely to deal with is the marine side…. We’ve had a dramatic change in the types of and the ways that oil is transported over our marine ecosystem,” Ranker said.

For decades the sight of a tugboat pulling an oil barge has been a familiar one on Puget Sound. The same too for much-larger oil tankers, many bringing crude oil from Alaska.

Increasingly, though, oil is being transported by a new generation of large tugboat-pushed barges instead of the more closely regulated tankers — barges that in some cases can carry quantities of oil comparable to the tankers they are replacing. That worries environmentalists, since many fewer crew members are required on the barges, and the barges don’t have to hire special pilots with extensive knowledge of local waterways.

Environmentalists also call for a second tug to accompany these transports to push a barge away from crashing onto the rocks if the primary tug loses power. The second tug is a requirement in similar inland marine waterways in California including San Francisco Bay and San Diego harbor. Environmentalists ask: why not for Puget Sound?

The number of visits to Puget Sound by the new large barges in question more than doubled from 2011 to 2013, according to environmentalists’ analysis of Coast Guard records, said lobbyist Bruce Wishart, representing the Sierra Club and the Puget Soundkeeper Alliance.

“We’ve seen a lot of changes in the way oil moves,” Wishart told the Senate committee. “Oil by rail is the most obvious change but oil over water has changed a lot, too, and barges (are) a part of the picture. We’re seeing increases there.”

He also reminded lawmakers of the 1988 spill off the Washington coast, one of the biggest in Washington history, by the barge Nestucca, which fouled beaches from Oregon to Vancouver Island.

The biggest obstacle Ranker and his allies face in getting a bill passed this year is the very person who led the committee hearing Tuesday: Sen. Doug Ericksen, R-Ferndale, whose district includes two of the state’s five major refineries and who enjoys substantial support from the oil industry.

Ericksen has not taken a public position on the legislation and did not respond to InvestigateWest’s requests for comment.  He quickly challenged Wishart’s Nestucca example. After brief questioning, Wishart acknowledged that the legislation in question would not apply off the coast and, therefore, would not have prevented the accident.

The fact that there is no House companion bill to Ranker’s legislation makes passage this year seem less likely.

One aspect of Ranker’s bill in particular seems so doomed in the Republican-controlled Senate that it can only be seen as setting down a marker for future debates: A $1-a-barrel tax on oil — now trading below $30 a barrel — that is 20 times higher than the current tax, a nickel a barrel, which funds the state’s oil-spill prevention and cleanup efforts.  Ranker would split the $1 between oil-spill prevention efforts and programs to help refinery workers who may become unemployed if more oil is transported overseas for refining. Congress voted to allow overseas refining in December after a four-decade prohibition on the practice.

Republicans have consistently opposed new taxes. Without their support, such a tax could not pass the Senate.

Last year’s vote in Olympia on train safety came in the face of numerous oil-train explosions that killed scores in the U.S. and Canada. While those accidents have not stopped, they have been less numerous and less deadly. Overall, the must-pass atmosphere that made helped push last year’s deal through has evaporated, lowering the chances for additional marine protection. Another factor: the explosive trains pass through Republican and Democratic districts alike; few members of the public see marine oil transportation up close.

Opposing Ranker’s bill, representatives of the oil and marine-transport industries pointed to a decades-long history of Washington state efforts to closely regulate the oil industry following the 1989 Exxon Valdez spill in Alaska.

“It is hard for me to sit in the back of this room and hear witnesses before me say we have done nothing to prevent oil spills in Puget Sound,” said committee witness Cliff Webster of the American Waterways Operators Association. “In fact we have been doing a lot of things about safe transport of oil for years.”

Frank Holmes of the Western States Petroleum Association told InvestigateWest after the hearing that the industry is awaiting new analyses of oil-spill risks in Puget Sound and the Columbia River to be completed before discussing additional safeguards.

“There really isn’t a need for any new programs at this time,” Holmes said. “We’ve got good tools in place now that are being implemented to see if there are any issues.”

The Burlington Northern Santa Fe Railroad, too, opposes the bill, because it would plug another gap that environmentalists saw stripped out of the legislation in passing last year’s bill: Making railroads demonstrate their financial stability and ability to respond to a spill the same way oil companies and others transporting oil over water do.

“There was a robust and energetic discussion of this,” said Johan Hellman, a lobbyist for the railroad, at the Senate committee hearing.

Much of the environmental concern has focused on the tourist-heavy San Juan Islands not far from the state’s major refining centers near Bellingham and Anacortes. But Darcy Nonemacher, lobbyist for the Washington Environmental Council, reminded senators that oil is transported throughout Puget Sound, with barges delivering large quantities as far south as the U.S. Oil refinery in Tacoma.

“We’re talking about the volume of oil, the mode of transportation and the big changes that are happening there — the types of oil and the big risks associated with that,” Nonemacher said. “It’s a big unknown for our future.”

She cited a 2014 state report that said oil from Canada’s tar sands region is being brought to the Tacoma refinery, although U.S. Oil spokeswoman Marcia Nielsen told InvestigateWest after the hearing that no such oil is coming to U.S. Oil, despite the state report.