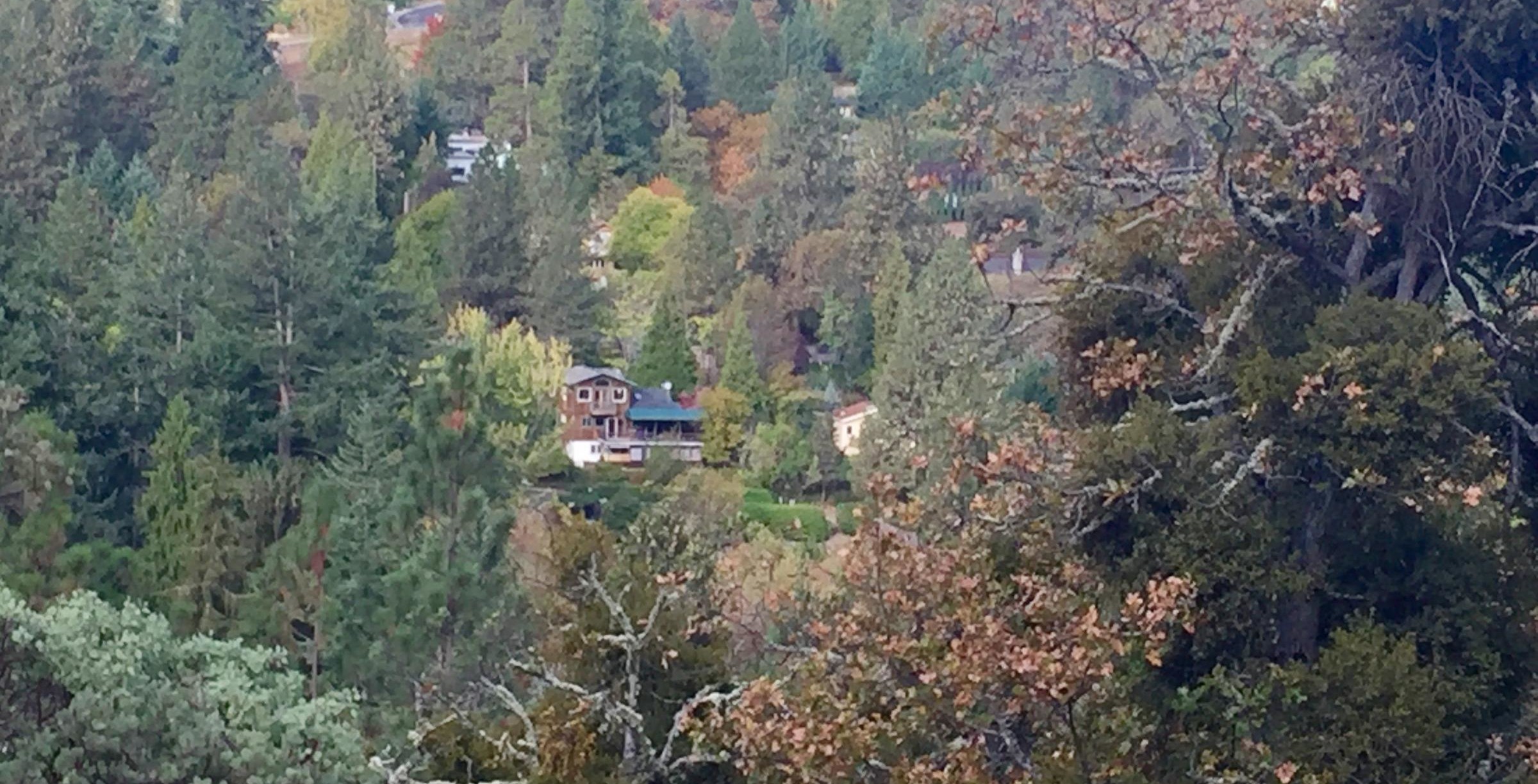 The wildfire conundrum: building in the woods

Home » Environment » The wildfire conundrum: building in the woods

The cost of fighting wildfires has skyrocketed over the last 30 years. At the same time, close to two million acres of wildland have been developed each year.

One of the major drivers of that expense is protecting lives and property in fire-prone areas where people didn’t used to live.

Doug Kay: “On my property there wasn’t any combustible trees to speak of, but I did add some trees that are considered safer … Also, around the property I added a lot of stonework to act as a little fire break.” 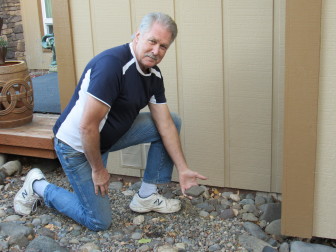 Ashland homeowner Doug Kay shows how he replaced shrubs near his home with rock as one way to help protect it from wildfire.

Kay has also ringed his foundation with rock and screened his roof gutters to prevent leaves from accumulating there. Kay and his wife Rebecca bought their house in 2010, just a year after a fire burned its way over a nearby hill, showering the neighborhood with hot embers. He points to the crest, less than half a mile away, where blackened trees can still be seen.

Doug Kay: “It was right there! Yeah, right there! You can see it! I mean, you can take your hose out and water all you want. You’re not doing anything.”

That sense of vulnerability led Kay to spearhead an effort in his neighborhood to join the FireWise program. It’s a national program to help homeowners take steps to create non-flammable buffers around the home.

But while FireWise may help homes survive a wildfire, economist Ray Rasker says it’ll take a lot more than that to keep the cost of fighting fires from continuing to spiral upwards.

Rasker is executive director of Headwaters Economics, a non-profit research group in Bozeman, Montana. He says one factor in the sprawl into fire-prone areas is a fundamental disconnect.

Ray Rasker: “The decision where to build is held by local government; they decide whether to approve a subdivision or not. But the consequence of that decision is borne by the federal taxpayer.”

This year, the Forest Service and other federal agencies are expected to spend about $2 billion on fire suppression, more than four times as much as in the mid-1980s.

Ray Rasker: “The whole year’s worth of work that we did in Summit County was less than half a day of air tanker support.”

Headwaters is urging federal agencies to establish a grant fund to help local governments do this kind of planning to avoid sprawl into areas where fire is likely. 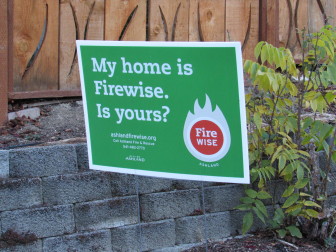 Many homes in the Mountain Ranch subdivision in Ashland, OR display these signs to show their participation in the Firewise program to reduce wildfire vulnerability.

Katie Lighthall: “Y’know, they’re thinking about how do we bring more economic vitality to our area. It certainly isn’t by putting more restrictions on building.”

Lighthall is the western regional coordinator for a federal initiative to find solutions to the growing wildfire problem. She says the time is coming when folks who build on the edge of the forest will find they do so at their own risk.

Katie Lighthall: “You chose to build here. You’ve got to understand that there aren’t enough fire trucks to go around, and where are we going to put our resources to do the most benefit?”

That means local officials are going to have to put the brakes on development in fire-prone areas. Joe Stutler, senior advisor to the Deschutes County government on wildland issues, says officials across the West are starting to accept that reality.

Joe Stutler: “We do not need to occupy all the unoccupied space. So we need to treat that like a flood zone or an avalanche zone or anything else. From a county perspective, we need to say ‘no’.”

Joe Stutler: “We put them out when we have to, we manage fire with prescribed fire or natural fires and as a nation learn to live with wildland fire.”

In the end, success may hinge on whether we can come to see fire as a natural, even necessary, part of living in the West.