Washington: ‘One of the cleanest dirty shirts’ in test of states’ integrity

By Jason AlcornNovember 9, 2015No Comments

Home » Government » Washington: ‘One of the cleanest dirty shirts’ in test of states’ integrity

Immediately after a federal grand jury indicted Washington State Auditor Troy Kelley in April 2015 for tax evasion, perjury and other charges largely stemming from a business he ran before being elected, The Seattle Times declared him unfit to lead an office responsible for ensuring the integrity of public agencies and urged the Democrat to “quit, now.”

Kelley has pleaded not guilty to all charges, and is scheduled for trial in March.

The Times editorial took aim not only at Kelley’s alleged crimes – accusations which Kelley’s Republican rival had widely disseminated to the media before their 2012 race for the auditor post – but also the fact that his case tarnished Washington’s “well-deserved reputation for clean government.”

If such reputation is based on the rarity of public officials being found guilty of corruption in federal courts, then Washington could well claim to be one of the nation’s cleanest states. A 2012 report by the University of Illinois at Chicago, for instance, concluded that only Oregon had a lower per-capita rate for federal corruption convictions.

Yet Washington’s self-perception as a model state for government accountability and transparency doesn’t quite match up findings from the latest State Integrity Investigation carried out by the Center for Public Integrity and Global Integrity. Washington scored 67, or D+, which was only good enough to rank it 12th in the nation. That’s a big fall from Washington’s No. 3 ranking in the 2012 State Integrity report. Because of scoring changes, the two results are not directly comparable, but they do suggest a worrying trend. 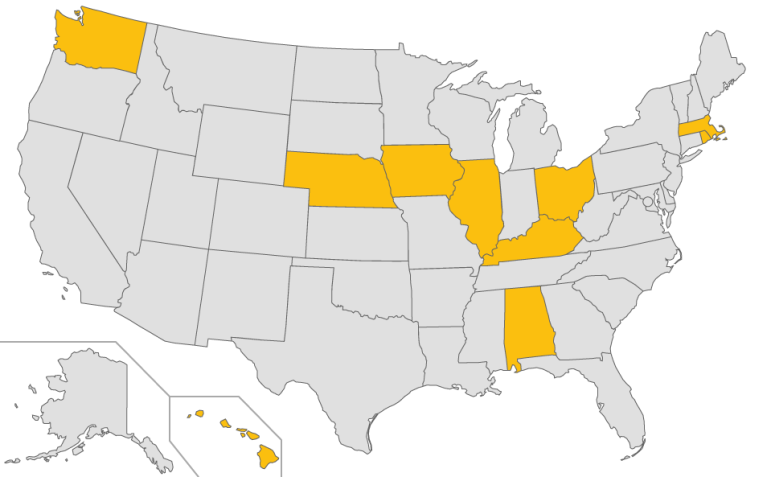 Washington is scored 11th overall, one of 10 states to receive a D+ on a national good governance scorecard. Most states scored worse.

This time, Washington earned its worst category score, an F, for access to information. Only six states avoided a failing grade in that category. Washington enacted what became its Public Records Act by voter initiative in 1972. But even today, advocates say public servants regularly violate the most basic requirements for disclosure.

Washington also earned no better than a D- for accountability in the executive, legislative and judicial branches of government, based on such measures as cronyism, nepotism, financial disclosures and conflicts of interest.

Any notion of Washington’s exceptionalism in transparency and corruption was punctured by a 2014 New York Times investigation which reported that former state Attorney General Rob McKenna was secretly lobbying his former colleagues on behalf of Microsoft and other corporate clients within months of leaving office. A bill to ban revolving-door lobbying by government officials and top aides for one year after leaving their jobs failed to pass the 2015 legislative session in Olympia.

Washington’s best performance, ironically, was for internal audit – the very fraud watchdog agency headed by the disgraced Kelley. It scored an 87, good enough for a fourth-place tie with Alabama, Texas and Arizona. Washington also fared better than average for procurement and for political finance.

Brad Shannon, a veteran statehouse reporter who now is an opinion writer for The Olympian, sees Washington largely as a well-governed state where outright graft, corruption and scandals are rare. At the same time, Shannon frets that Washington may be slipping behind other states in keeping pace with technology to ensure easy access to public records, and perhaps growing too complacent about enacting safeguards to curb government secrecy and conflicts of interest.

Compounding Shannon’s worry is the shrinking corps of journalists based at the state capitol, and lean budgets that prevent agencies such as the Public Disclosure Commission from fully carrying out their oversight duties. Indeed, the PDC says it lacks the staffing to conduct regular audits of campaign contribution filings or government officials’ financial disclosure forms – meaning false or incomplete reporting can go unnoticed unless political rivals or the public flag them.

An apt description for Washington, Shannon says, may be, “one of the cleanest dirty shirts.”

Katherine George, a Seattle attorney and a member of the Washington Coalition for Open Government, is unsurprised by the state’s dismal grade for public disclosures. Widespread misperception persists, she says, that unreasonable delays in complying with open-records requests are permissible if based on staffing constraints.

“Often, agencies could eliminate backlogs if they devoted as much staffing to records disclosures as they do to public relations,” George says. Obtaining records would be faster and easier if agencies “worried less about over-disclosing, which is protected from liability, and worried more about under-disclosing.”

George is concerned Washington may be backsliding on its commitment to ensuring citizens’ access to government records and data. Washington’s Public Disclosure Act was originally enacted with fewer than a dozen exemptions for disclosures. The number of exemptions today stands at more than 400, and the total is growing.

Since 2007 Washington has had a blue-ribbon committee to make recommendations to the legislature about whether to repeal or amend any of the exemptions. Yet, in a not-uncommon move, the “Sunshine Committee” in August 2015 voted to give law enforcement authorities expanded authority to redact police reports.

If the legislature adopts it, the current exemption for minors who are victims of sex crimes will include all minors who are witnesses to crimes of any kind. That means, according to George, who serves on the Sunshine Committee, the public could not find out about bikes stolen from 17-year-olds, even though such crime statistics could be valuable information for public safety.

Similarly, efforts to give the public access to medical malpractice records have been stymied by opposition from hospitals and physicians and insurers.

All in all, those who follow Washington’s politics closely say the state has embraced the principles of open government. Still, Jason Mercier, director of the Center for Government Reform with the Washington Policy Center, a think tank, says greater transparency is warranted. Mercier pointed to the power tussle between Gov. Jay Inslee and the legislature over his legal authority to sidestep lawmakers to cap carbon emissions in the state through executive action.

The public needs to understand better the basis for such executive legal authority, Mercier says, and whether the legislature is providing the right balance of power.

Mercier says Washington has the laws and processes to work as a democratic, open government.

“The key comes to execution and adherence,” he says.