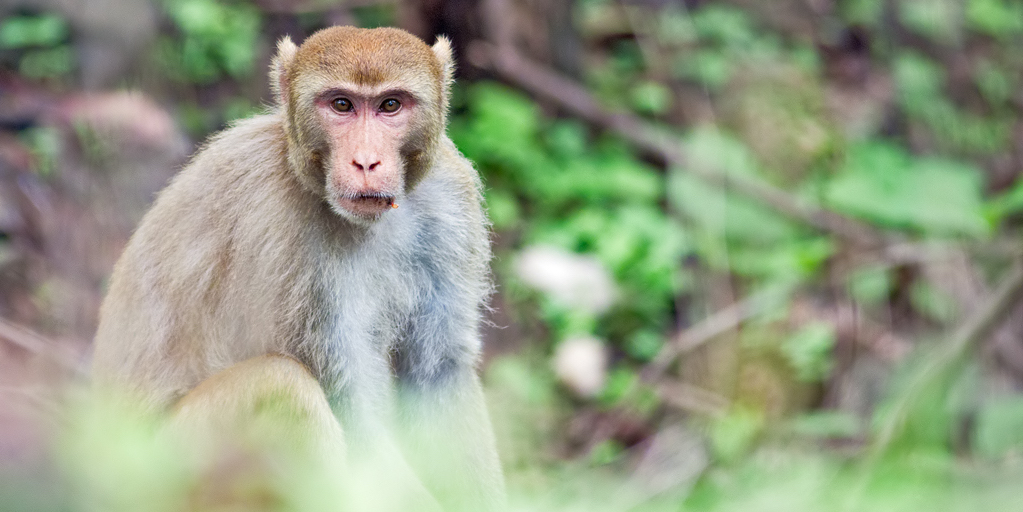 Since Halloween is upon us, I promise I will end this column with a federal agent in a monkey suit.

Meanwhile, though, the story starts at Oregon Health & Sciences University, where on Sept. 3, the university received a shipment of primates from a controversial company, the owner of which was once convicted in an animal smuggling case.

It’s all more legitimate than it sounds. Or is it? Last month OHSU received seven crab-eating macaques, eight rhesus macaques and 12 baboons from a primate supplier in Florida, a state that’s apparently ground zero in the U.S. monkey trade.[1] All 27 primates, aged four to 13, arrived in good health.

We’re not supposed to know that, thanks to an exemption to Oregon Public Records Law. Animal rights groups say we ought to. Because the primate supplier in this case — Worldwide Primates, Inc., of Miami — is headed by a man who, 20-plus years ago, did time for crimes related to the smuggling of orangutans.

In primate-loving circles, Matthew Block is known for his involvement with the “Bangkok Six,” a notorious case in which six orangutans were smuggled in wooden crates from Singapore through Thailand en route to Moscow. Three died.

Block was prosecuted, fined, and sentenced to prison time in a plea deal after being charged with violations of the Lacey Act and the Endangered Species Act. He later provided information that led to the arrests of a Mexican zoo chief and his colleagues for their roles in attempting to smuggle a gorilla out of Miami. Today, his company is accredited and inspected by the Association for Assessment and Accreditation of Laboratory Animal Care International, a nonprofit accreditation agency, and also inspected by the U.S. Department of Agriculture. Block has had good inspection reports at his facilities for years. But he’s still a favorite target of animal rights groups, the poster child of evildoing to animal-rights activists.

Again, we’re not supposed to know all this. That’s because in March, Senate Bill 386 was signed into law by Gov. Kate Brown, exempting the names and addresses of people involved in animal research at OHSU, along with the names and addresses of the people that supply them with animals, save for those involved in rodent-related research.[2] This has been the law in Oregon since 2003. Dubbed the Researcher Safety Law, it was set to sunset Jan. 2, 2016 but was extended by Senate Bill 386.

In an apparent snafu at the Oregon Department of Agriculture, however, records related to this transfer between OHSU and Worldwide Primates were released to Animal Rights Foundation of Florida in response to a public records request.

Nick Atwood, campaign coordinator of the ARFF, says the group uses the documents to track the movement of primates, gleaning insights about the machinations of the primate trade. Often, they do this work in the dark, or at least in some states, like Oregon, where the names of primate suppliers and facilities are often redacted. When Worldwide Primates turned up in recent documents, ARFF sent those documents to Redacted, aiming to underscore how exemptions to public records law can conceal information the public ought to have.

“I think the Worldwide Primates example is a good example of the kind of information that the public deserves to know about,” said Atwood. “This is a company that is very controversial. …

“The fact that OHSU is purchasing monkeys from them knowing that this information is supposed to be kept private, that just points to the problem with these public records rules that they have.”

OHSU policy requires only that it purchase primates from an accredited dealer. Worldwide Primates is accredited.

And Block, for his part, says it isn’t public debate that he’s ducking. What he aims to dodge is the onslaught from the animal rights groups. And, to be fair, we are not talking about candlelight vigils and sit-ins here.

The tensions between animal rights groups and primate suppliers are on another level entirely. In Florida, the situation is particularly tense. Arrests. Restraining orders. Civil lawsuits. Criminal trials. In related video evidence, the tenor of the debate proves not just antagonistic, but scary. Animal activists can be heard urging primate handlers to kill themselves, shouting they have researchers’ license plate numbers and home addresses. Some activists can be seen threatening people at their homes. Harassment campaigns — complete with personal phone numbers and some pretty frightful rhetoric — are memorialized on social media.

“Us, our employees, and anybody else who is in this business, we’ve all had to deal with it,” Block said. “And this particular group has overstepped bounds many times.” As in, he says: 2 a.m. phone calls. Thirty of them at a time. People threatening to burn things down. A dozen or more of them surrounding a truck as it drives through a security gate.

The issues Block and his ilk face are clearly more than just bad P.R. I don’t intend to argue otherwise. But when I see documents like these, I’m very much on the fence about whether the law should remain. Clearly, it is not as protective as its supporters claim.

The facts are these: there are criminal laws against harassment. And against threatening to burn things down. There are laws against intimidating people, too. And if Florida is any example, they work. Activists have been arrested and jailed there for crossing the line. And as the civil proceedings show, the names of those who deal in or experiment on primates are no secret in the courts.

Meanwhile, Block’s involvement in Worldwide Primates is already a matter of public record, as is the company’s address. Even AAALAC, which accredits animal labs including Worldwide Primates, releases some information about primate dealers. The long antagonistic history between AARF and Block also makes clear that AARF is capable of piecing together much of the movement of Worldwide Primates animals anyway. Which means the only ones in the dark about the relationship between Worldwide Primates and OHSU is the public.

Because I don’t doubt that this law offers protection to those not already visible to animal rights groups, or involved in such controversy, I am agnostic as to whether the Research Safety Law should remain. (I’ll open up a discussion on that in the comments, with the caveat that the forum belongs to InvestigateWest. We reserve the right not to publish comments. Generally, if you’re not being a jerk and you manage to stay on topic, you don’t have anything to worry about.)

In closing, however, a few points:

The Researcher Safety Law applies only to researchers at OHSU, not to all animal researchers in all facilities in Oregon, of which there are two. But OHSU gets a pass on the law whenever it wants. The law allows OHSU to release the names or information of its researchers for use on its website, in publications, and in press releases. So the next time an OHSU researcher hits with a blockbuster drug, researcher protection be damned. It’s hard to imagine, with that kind of loophole, that this law is all that it’s cracked up to be.

And OHSU hasn’t engendered public trust on this one. Last year, six monkeys were killed and another 21 hospitalized when noise from a construction project set off a massive fight in a corral housing 260 monkeys. Another died during surgery because someone forgot to flip a switch. It wasn’t the first time the facility had been fined for injuries to its primates. And in the same USDA inspection documenting the monkey fight, the inspector noted more than half the primates at the research facility were suffering hair loss.

OSHU spokeswoman Tamara Hargens-Bradley rightly points out that records withheld under the Researcher Safety Law are only conditionally exempt from public disclosure —  meaning that if the public interest requires it, the documents should be released. She also notes that OHSU rarely buys primates now that its primate population of more than 4,000 is nearly self-sustaining due to breeding. I struggle to see, however, how anyone could make a public interest argument for the release of these records if it was never known that OHSU was doing business with Worldwide Primates in the first place. It’s a legal Catch-22 that no one can leapfrog.

Don’t worry. I haven’t forgotten about the federal agent. Here’s the story:

As part of Block’s penance for any involvement in the Bangkok Six — which he has all the while denied, by the way, and still does — Block proffered his help in ensnaring Mexican zoo chief Victor Bernal, who at the time was looking to acquire a gorilla. In January 1993, Bernal flew to Miami for a look at a gorilla at a Miami zoo, then asked for a pilot, a plane, and fake papers, according to reporting by the Chicago Tribune. When he turned up to collect at the Opa Locka airport just north of Miami, the gorilla was in a cage, sitting on top of a pile of manure. Bernal had paid a rough $92,000 to bring him back to Mexico along with a baby orangutan. The gorilla banged the cage with a forearm and grunted. And the deal was done.

But it wasn’t a gorilla. It was a federal agent from the U.S. Fish and Wildlife Service, dressed in a monkey suit and sitting in a mess of bona fide gorilla manure. Bernal’s sentence was ultimately reduced to 70 days. He successfully argued he intended only to display and breed the the illegally gotten gorilla, not harm it.

[1] The climate lends itself to primate suppliers, I am told, as does Hendry County, where jobs are scarce and county officials are amenable.

[2] ORS 192.501 (30) exempts “The name, home address, professional address or location of a person that is engaged in, or that provides goods or services for, medical research at Oregon Health and Science University that is conducted using animals other than rodents. This subsection does not apply to Oregon Health and Science University press releases, websites or other publications circulated to the general public.”