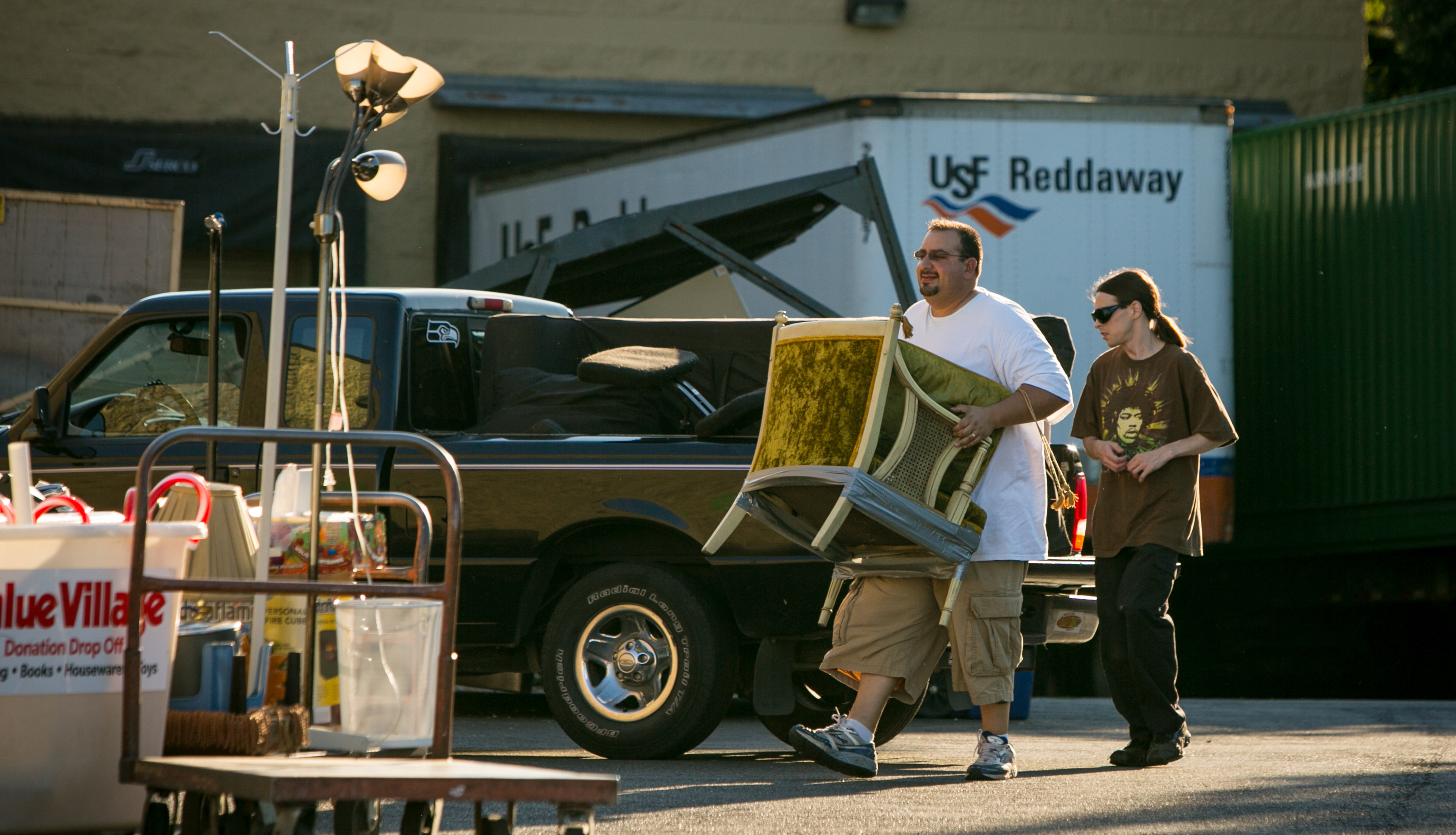 Something interesting happened to American shopping habits as the country climbed out of the Great Recession: Shopping secondhand stores became not only acceptable but even hip. As more Americans looked online to sites like Etsy for vintage accessories and home decor, increasing numbers also flocked to neighborhood thrift stores for clothes and housewares.

Now a burgeoning industry of for-profit thrifts with a “do-good” veneer is turning a profit while cutting into the business and charitable work of traditional nonprofit resale stores, according to charity watchdogs and nonprofit thrift operators. While heavily marketing what they call partnerships with local charities, for-profit thrift stories frequently share just a minuscule portion of a shopper’s dollar, InvestigateWest found.

“There are so many bad actors out there that, unless it’s a trusted name, you’re likely supporting a for-profit with dubious connections to charity,” said Tim O’Neal, chief executive officer of Central Arizona Goodwill.

In fact, the national trade association for thrift stores, NARTS: the Association of Resale Professionals, does not allow for-profit stores linked to charities to become members because they bring the industry “negative publicity,” said Adele R. Meyer, executive director of the group. “They pay a very, very small percentage to the charities while giving people a very different impression,” Meyer said. “It’s not clear to the public who’s benefiting.”

“A lot of people erroneously believe they’re giving wisely,” said David Tobiczyk, marketing and development vice president for Goodwill Southwestern Pennsylvania. He pulled together a coalition of nonprofit thrift stores that seeks to tell the public about what it calls “responsible giving practices” for donors.

Both for-profit and nonprofit thrifts are riding an extraordinary change in Americans’ shopping habits. From the beginning of the Great Recession in late 2007 until midway through this year, sales at thrift shops and consignment shops increased by 50 percent. Meanwhile, discount department store revenues fell by half and traditional department stores lost one-quarter of their sales, according to the U.S. Census Bureau.

Today that translates into 16 to 18 percent of shoppers visiting thrift stores annually, the Association of Resale Professionals has said, citing data from the private research firm America’s Research Group. Just a few months ago, the resale trade group crowed in a press release: “Resale is definitely thriving during a time when other segments of retail are reporting significant decreases every month.”

Savers, Inc., which also operates stores under the Value Village brand and other names, is by far the biggest player in the booming for-profit thrift store market and in fact invented the business model of for-profit thrift stores that rely on relationships with nonprofits. But dozens of regional chains with names like Atlas Thrift and Red, White, and Blue Thrift also advertise their charitable connections. Some were snapped up by national investment companies after the recession, as when Alabama-based America’s Thrift Stores, which supports Christian ministries, was bought by the San Francisco-based private equity firm Alpine Investors in 2012.

As privately held, for-profit businesses, companies like Savers and America’s Thrift Stores generally are not required to divulge to donors, consumers or regulators how much sales revenue goes to charity. This secrecy, critics say, can lead to improprieties and even outright fraud.

One state does require greater disclosure for companies registered as fundraisers: California. There, just 13 percent of revenue from for-profit thrift stores went to charities in 2011, according to a 2013 report by the California Attorney General’s Office, the most recent available.

The booming market has also led to a proliferation of donation bins, some owned by for-profit companies but stamped with the name or logo of a charity, and others by nonprofits with no clear for-profit connection. Some of the for-profit thrifts are more forthcoming than others. For example, the website and the green-and-white collection bins of clothes recycling firm USAgain prominently state that it “is a for-profit company.”

This kind of transparency should be required, say charity watchers, who advise thrift-store shoppers and donors to investigate whether they are giving to a for-profit store.

O’Neal understands why some charities think it’s a good idea to partner with for-profit stores. “For some it is,” O’Neal said. “But many don’t really understand how much the for-profit is making, nor how much they could make on their own.”

Critics suggest that charities themselves are at least partially at fault for misleading the for-profit thrifts’ donors and buyers. One vociferous critic is Steven Beck of the Boston-area Big Brother Big Sister Foundation. That charity pulled out of deal to supply Value Village by shrinking its contract and set up its own shop, and is at work on a second retail store. The charity now reaps much higher profits from the stream of castoffs that comes its way. “We make three to four times the money that we made under the old model, which translates into three to four times the kids that can get a big brother or big sister, which changes their lives forever,” said Beck.

Beck points to the recent settlement of a lawsuit filed by the Minnesota Attorney General’s Office against Value Village’s corporate parent, Savers Inc. Savers agreed to much more disclosure about the arrangements between the for-profit chain and its nonprofit beneficiary partners.

That settlement is a way of seeing this whole enterprise clearly, Beck observed: “People donate goods under the perception that their donations will help charities and their communities, when in fact those donations bring back but a small percentage of the overall profits to the charities involved.”

He noted: “The for-profit firms do not exist without the charities.”

“After all, would you donate to a private, for-profit thrift store so they can just make more profit?”