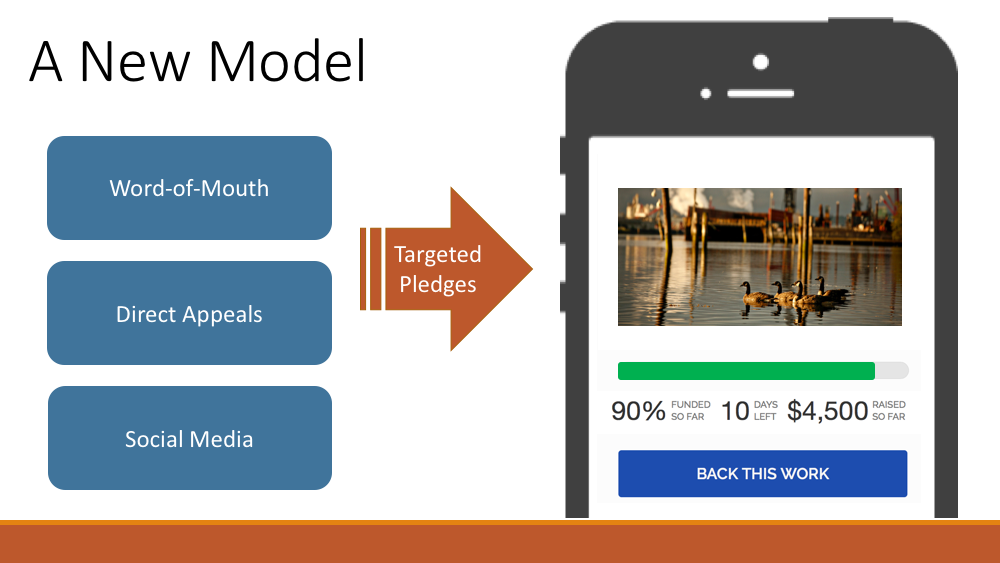 Update 10/9: Congratulations to Jason on earning a spot on the big stage for finals on October 27!

Today, in a conference room at Seattle’s Columbia Center in front of two dozen judges, InvestigateWest associate director Jason Alcorn participated in the semifinals of SVP Fast Pitch. Here’s what he’s been working on and what he had to say.

For more than 10 years, I’ve been helping nonprofits work toward social change. And this fall, I’m one of the semifinalists in SVP Fast Pitch, a competition for social innovators held annually by Social Venture Partners in Seattle, on behalf of the Statehouse Reporting Project from InvestigateWest.

It’s an amazingly creative group of semifinalists that I’m honored to be a part of. You can see the full list here. And don’t forget to get your tickets for the final showdown on Oct. 27 where you could be picked to give an angel check to InvestigateWest or one of the many other innovators.

My pitch is that journalism has an impact, and with the help of the Seattle community, we can have even more.

Our reporting on a toxic asphalt sealant painted across parking lots and playgrounds led state lawmakers to be the first in the country to ban the product. Our reporting on unhealthy air quality in Washington schools led the state health department to include proximity to freeways in its siting guidelines for local districts. And our reporting on health care workers who spent a career caring for those with cancer, only to get cancer themselves from exposure to chemo drugs, led to two new state laws: one fixing workplace safety rules and one creating a first-in-the-nation occupational cancer registry to prevent a similar tragedy from happening again.

These examples show how important journalism is to how democracy works, fighting for accountability and transparency and giving communities the information they need to advocate for change.

If you believe that, and I hope you do, you better believe we have a problem.

In the last eight years more than $6 billion has disappeared from newsrooms, according to research by the Knight Foundation. Cuts in newspaper newsrooms rolled across the country, with the latest headlines this week that at least 50  editorial staff are being laid off at the Los Angeles Times, about 10 percent of the newsroom.

This means less information, fewer and shorter stories, and more pieces that rely on just one source. It’s a problem for business leaders and community advocates who are most engaged with state government. And it’s a problem for you and me and the 7 million people who live in Washington with little idea of what our state representatives are doing.

We have a way to help solve these problems and we call it the Statehouse News Project. Here’s how it works:

Ahead of the legislative session in Washington, which begins in January, we invite citizens to pledge their support to areas of capitol reporting that they care about most. We know it can work because we already did it once. This past January we raised nearly $5,000 from more than 50 donors to report on key bills in Olympia dealing with climate change, the budget to fight wildfires, solar energy and the governor’s clean water agenda.

Donors get regular story alerts, followed by in-depth, unbiased reporting by experienced reporters. They get tools to help them follow legislation and the flow of money from special interests to politicians.

What’s most exciting to me is that because of their direct, personal investment in the reporter, donors stay engaged with what is happening. They are not only following the stories, but they are forwarding the emails, sharing links on social media, and talking about issues with friends and colleagues.

At the same time, we have an innovative distribution model designed to serve the public interest. Any news outlet in Washington — InvestigateWest has collaborated with more than a dozen — can sign on as a partner to access to our editorial calendar and republish our stories, helping us to reach hundreds of thousands more people. 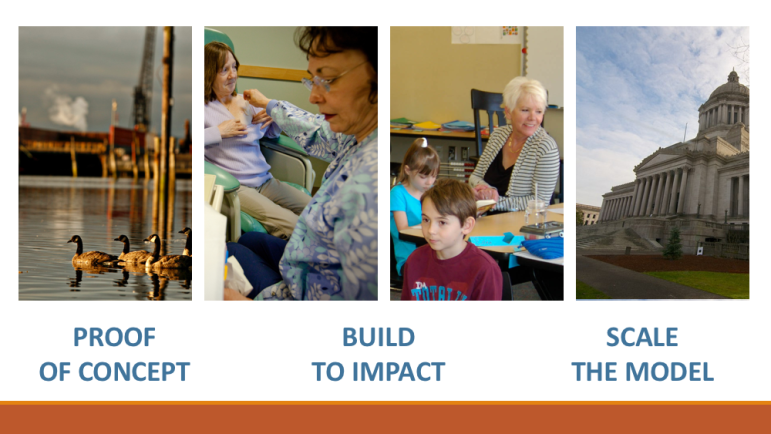 But we wanted to know how our first campaign did, so we sent a survey to all the donors and readers of the Statehouse News Project. “Better than all the other stuff coming from Olympia,” one donor told us. Nearly every piece we published got high marks for being interesting and relevant. We asked if they would chip in again: 80 percent said they would probably or definitely support the project in 2016.

Which brings us to today and why we’re asking for help.

We want to add a second campaign— health care or another issue that you tell us you care deeply about — and a third. We want to quickly build the audience of donors and readers, based on what we now know about crowdfunding, to make sure this project is sustainable year after year. And we want to engage the business community for underwriting, finding businesses want to reach the highly influential, highly engaged Statehouse News Project audience

When we prove that it works here, we go big. We already have people in Oregon interested in helping us to bring the Statehouse News Project to Salem. And we have INN newsrooms in dozens of states around the country who are looking for successful business models to replicate.

This is how we give communities the information they need to advocate for change. This is how journalism starts to have an impact.

How’s that for a pitch?

Sign up now at invw.org/fastpitch and let us know what matters most to you. We’ll send you an announcement as soon as our next campaign launches.

Interested in helping us take this to the next level? Email me at jalcorn@invw.org. I’d love to talk.