Showing remarkable foresight, Seattle voters in 1889 approved a plan to launch a city-run water system to bring water to the city from the Cedar River watershed. The water system started operating in 1901. Today the city owns the watershed and restricts public access. But now we’re learning the limits of this investment as climate change worsens. Lying atop a once-natural lake known as Cedar Lake, Chester Morse Reservoir was created by damming the Cedar River. Despite the reservoir’s enormous storage capacity, new climate-change projections suggest it will not be enough to meet water demand in Seattle as climate change progresses. 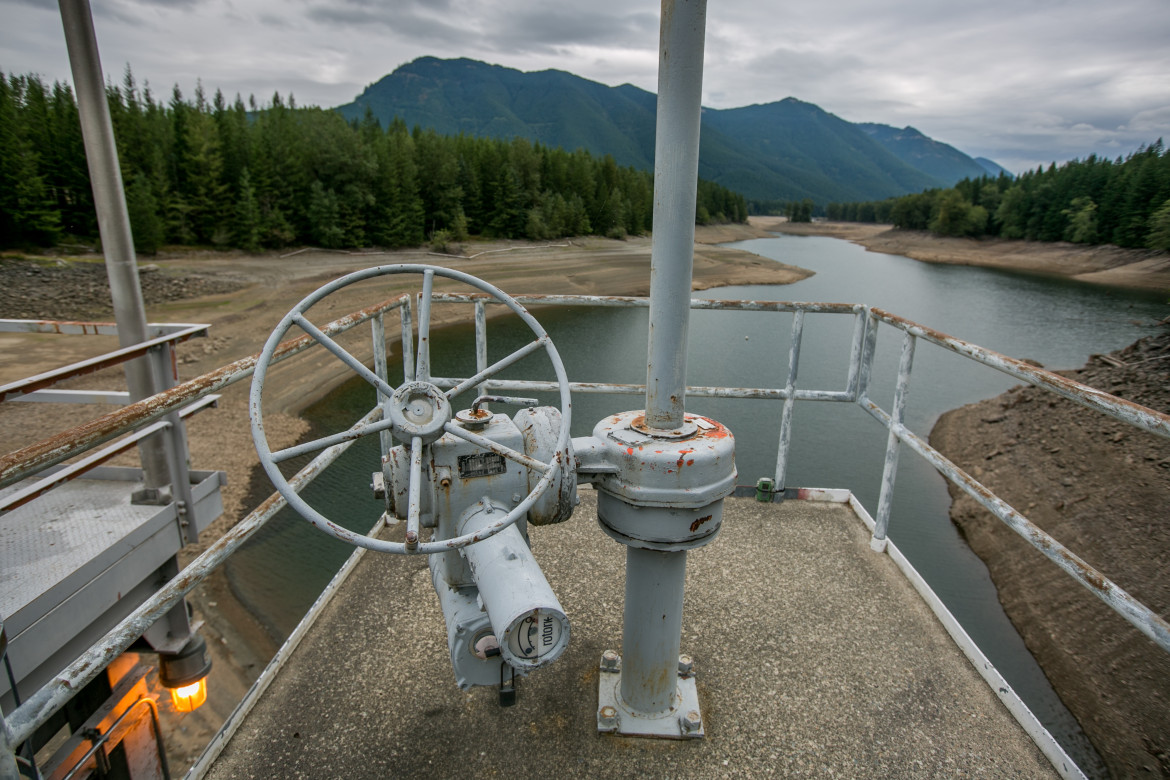 The Masonry Dam at the west end of Chester Morse Reservoir was built between 1911 and 1914 but has never been able to hold as much water as intended, in part because the water leaks out through a moraine left by a glacier. 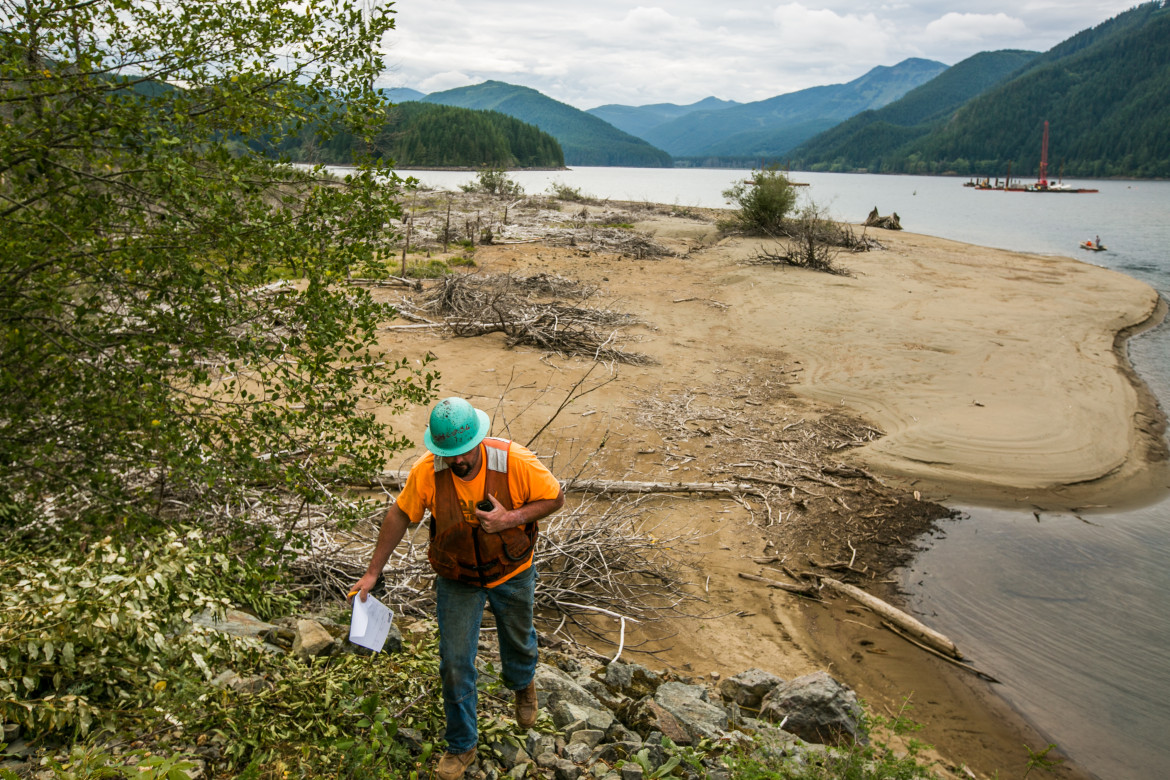 The water level is dropping lower in the reservoir. But it would be even lower had SPU not altered normal operations to hold back extra water in the spring in anticipation of the current drought. Seattle and the Northwest saw snowpack plunge this year, in many areas to less than 10 percent of normal, followed by a spring with relatively little rain and an extremely hot early summer. 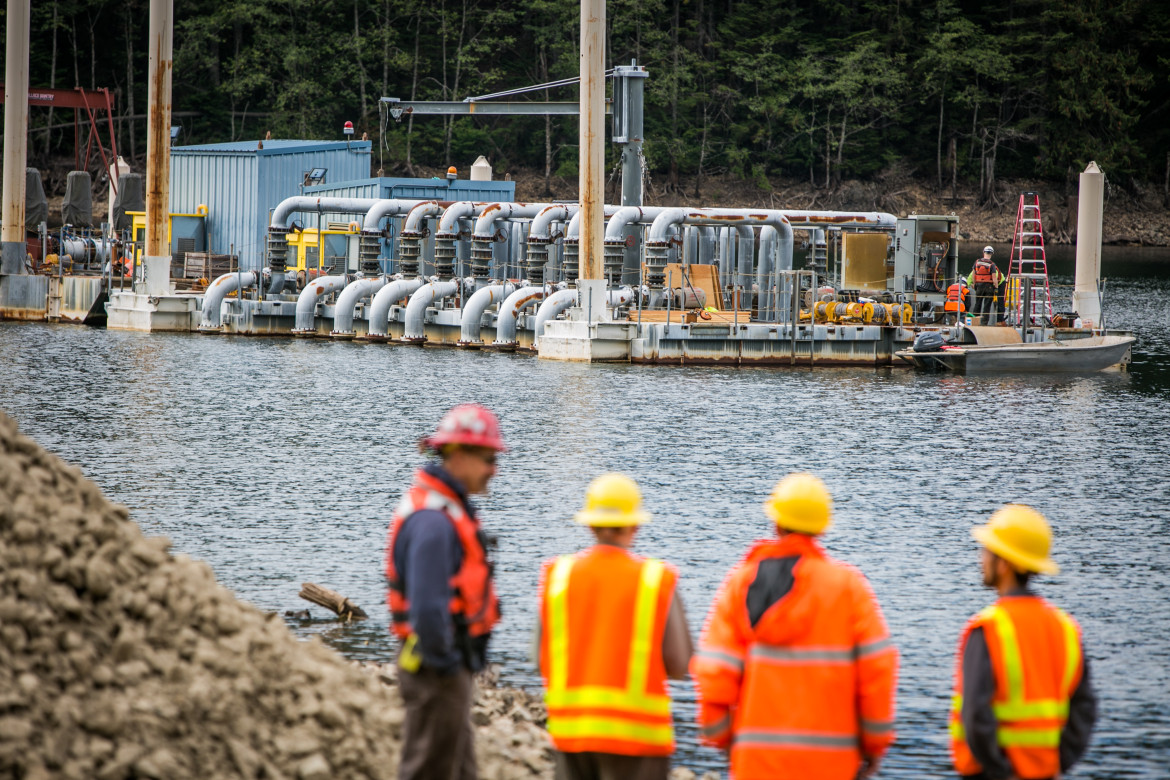 These pumps originally went into service in 1980 in southern Washington after the Mount St. Helens volcano erupted, moving water that was dammed by the debris flow. Seattle Public Utilities purchased them several years later to move water over a hump at the bottom of the Chester Morse Reservoir that otherwise would keep water from running downhill to Seattle in low-water years. 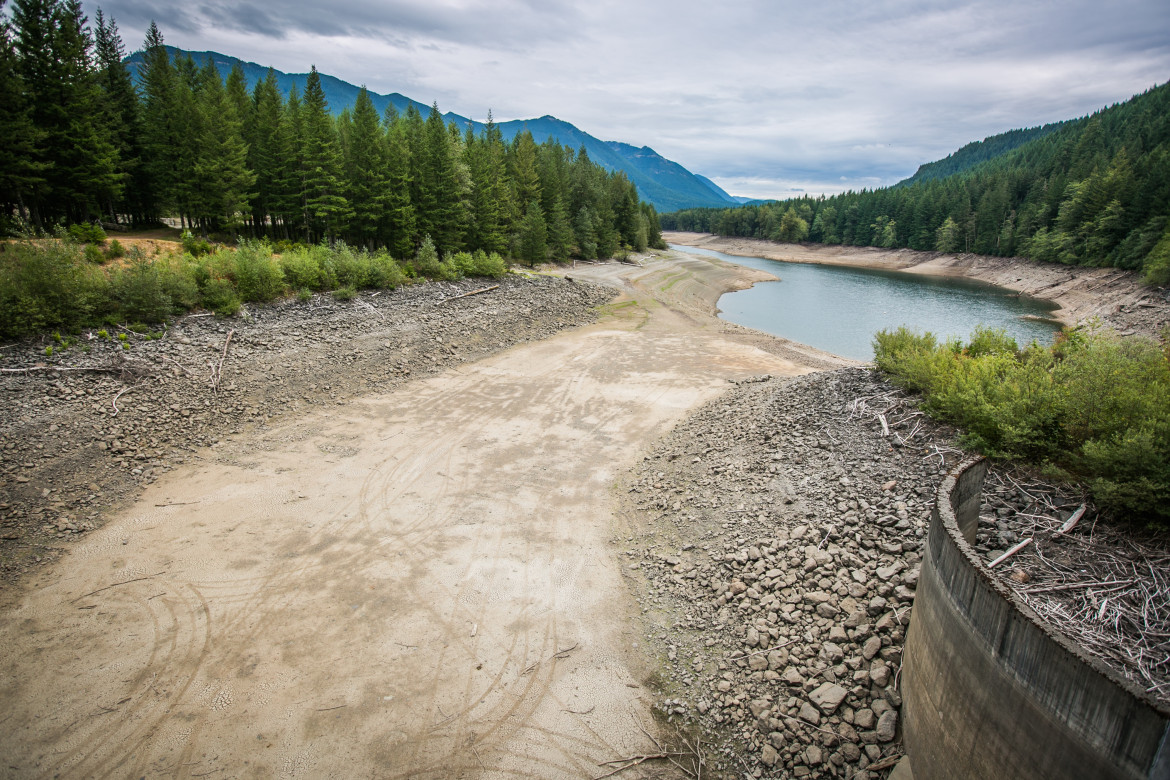 Powered by diesel, the temporary pumps are being replaced with another more permanent diesel-powered setup to be used in low-water years to keep Seattle taps supplied. This roadway allows workers access to the reservoir this summer for work they are doing to install the new set of pumps. 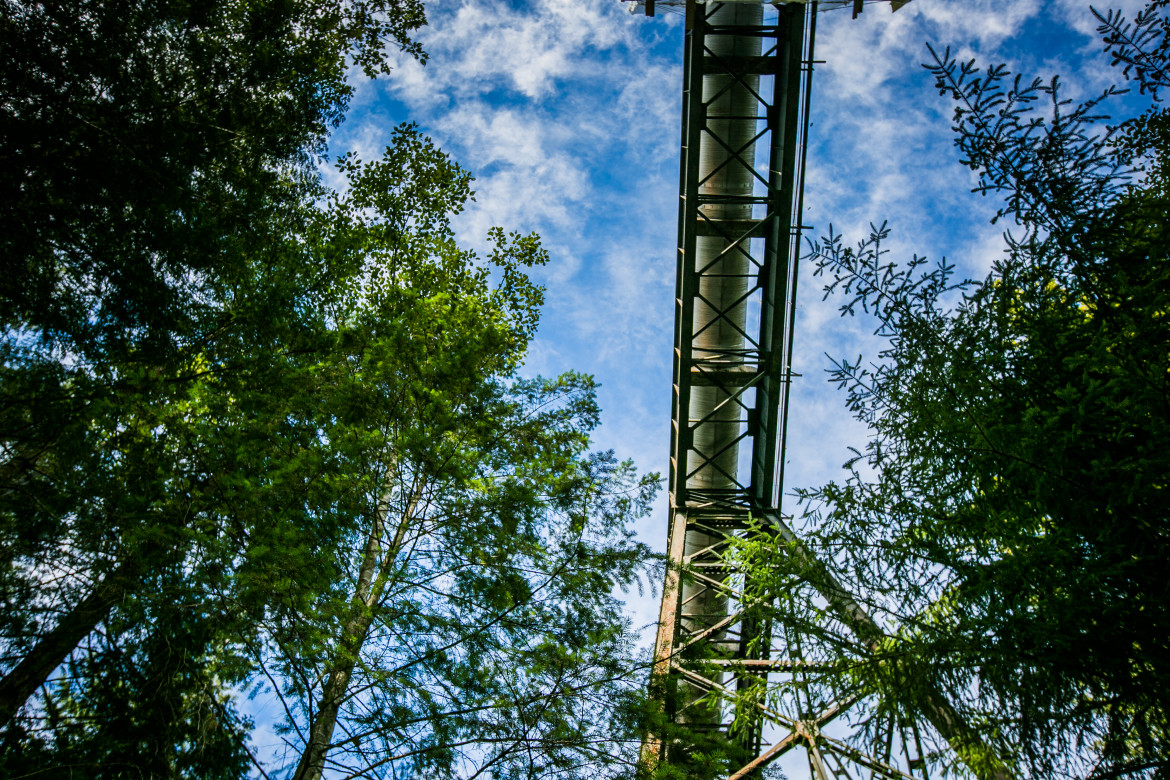 A water-delivery pipe high overhead near Cedar Falls is part of an elaborate water-delivery system constructed beginning late in the 1800s, when Seattle helped pioneer the idea of municipally owned utilities. Despite substantial investments in the system over the last century, it is not clear it will be able to deliver under the conditions expected as climate change worsens. 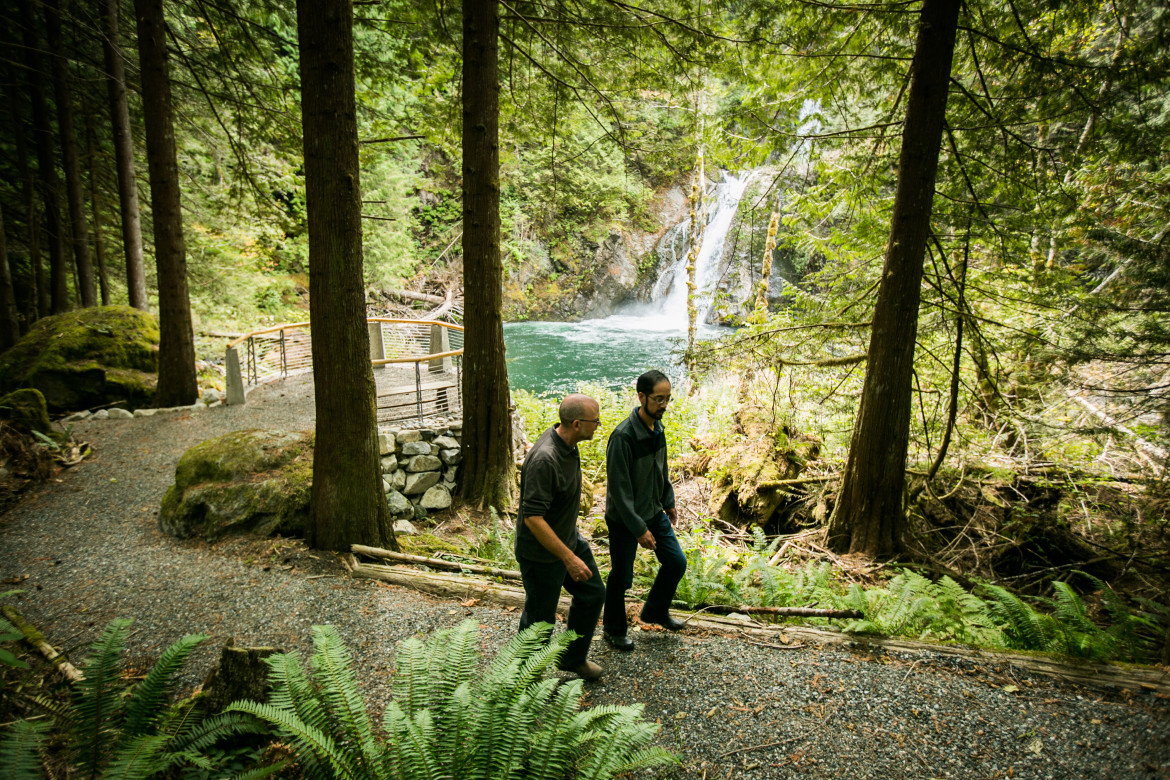 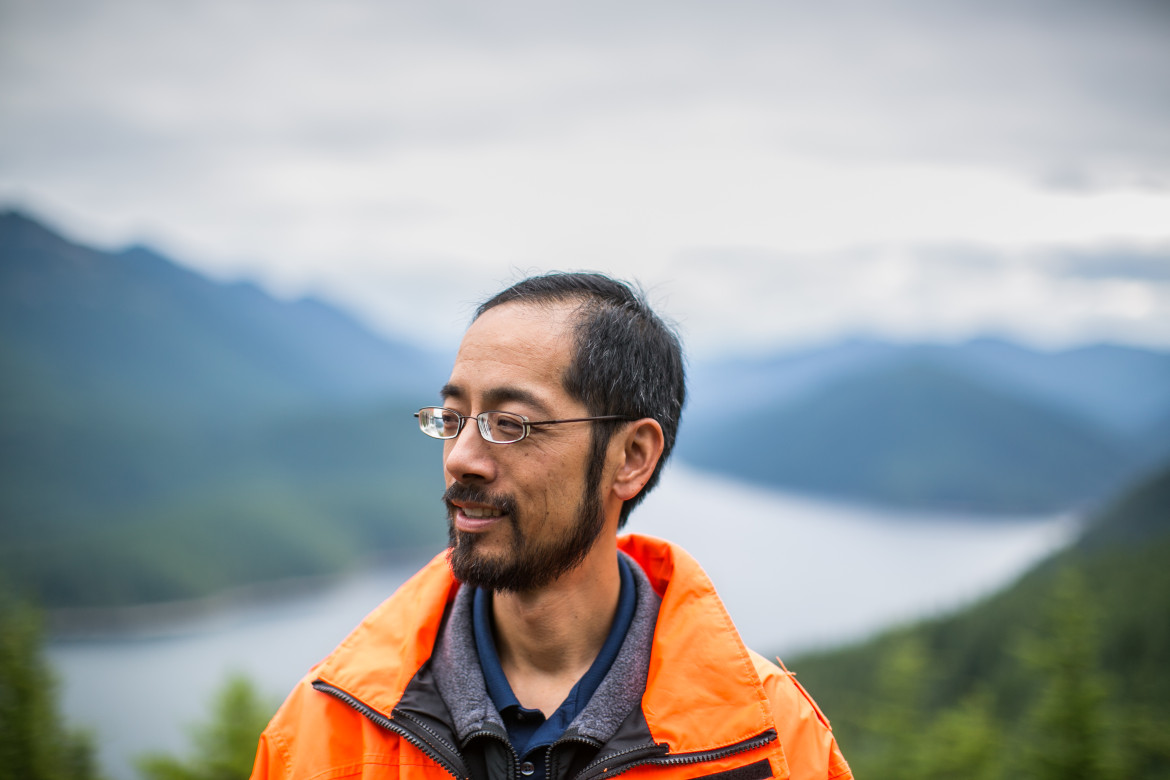 Alex Chen, director of water planning for Seattle Public Utilities, high above the Chester Morse Reservoir, is doing a lot of thinking about climate change nowadays. “How are the demand and supply lines going to cross, and when?” he asks as we drove around the watershed.