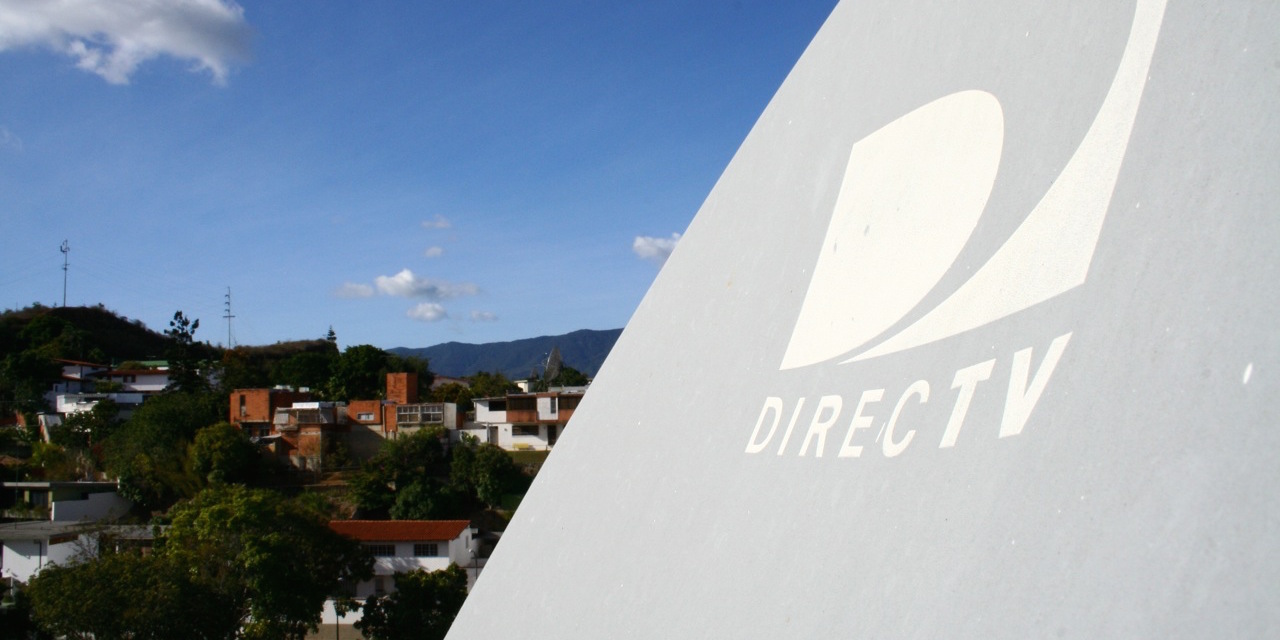 The U.S. Labor Department has scored three recent legal victories – including a ruling against DirecTV in Washington State – in its fight against the widespread use of contrived contracting schemes to illegally underpay workers.

The court disputes all stem from alleged violations of minimum wage and overtime protections.

In the case of DirecTV, the Labor Department won a ruling that allows its litigation to move forward against the company. A federal judge found that DirecTV qualified as a joint employer of 82 satellite dish installers in Washington State who worked for a now-defunct subcontractor called Advanced Information Systems or AIS.

The Labor Department says the installers were paid piece rates for every job they did; they were not compensated for travel time between jobs or the amount of time a job took. The agency says this resulted in installers making less than the minimum wage and not receiving overtime.

Labor Department officials contended that DirecTV should be held responsible because the company dictated the installers’ work practices, making it a joint employer. For example, the installers were required to wear DirecTV uniforms and drive vehicles with DirecTV signs, while DirecTV also mandated the kind of equipment they could use.

Officials with the Labor Department said they believed this is the first case in which a court has ruled that DirecTV is a joint employer. The judge has yet to determine how much money, if any, the workers are owed.

DirecTV spokesman Robert Mercer said in an email that the company disagrees with the judge’s finding and added that “our appeal options would be post-trial, if necessary.”

The two other West Coast cases involved employers that, the government alleges, cheated workers out of pay by illegally misclassifiying them as independent contractors rather than as employees.

Under the law, employees are entitled to minimum wages along with time and one-half pay for working more than 40 hours in a week; independent contractors are not. The federal minimum hourly wage is $7.25 an hour, although many states have higher standards. Washington, for instance, has a $9.47 hourly minimum.

“These business models went on trial and they lost,” said Janet Herold, who oversaw the three recent cases in her role as the Labor Department’s West Coast regional solicitor.

Economists and labor advocates say the misclassification of workers has contributed to stagnant pay and a growing income gap.

David Weil, administrator of the Labor Department’s Wage and Hour Division, said the problem is spreading. “We’re seeing it in new places in the economy where we historically have had people classified as employees and, suddenly, businesses are deciding to reclassify them as independent contractors,” he said.

Amid the crackdown, the Labor Department last week announced Kentucky had become the 23rd state to partner with the Wage and Hour Division on misclassification enforcement.

U.S. Sen. Al Franken, D-Minnesota, who participated in a news conference call with Weil this week to discuss misclassification, pointed to an example that came up in a congressional hearing involving a carpenter. One day the carpenter was an employee, Franken said, “and the next day he’s told that he’s an independent contractor and that he does the same exact job, goes to the same exact place but suddenly … now the employer isn’t withholding [payroll taxes] for him, isn’t doing all the things an employer should be doing, isn’t paying overtime, etc.”

The issue also has become the focus of high-stakes litigation. Last month, Federal Express agreed to pay $228 million to settle a misclassification dispute in California. The class-action suit covered some 2,000 drivers who worked for the company from 2000 to 2007.

In another high-profile decision in June, the California Labor Commission ruled that an Uber driver treated as a contractor, like other drivers of the ride hailing service, was actually an employee. Pivotal in the commission’s ruling, which is under appeal, was the finding that the driver would not have been able to work if not for Uber’s mobile app.

That could turn Uber into the target of a “continuing wave of employee misclassification lawsuits sweeping the nation,” blogged New Jersey employment lawyer Benjamin Widener.

To clarify the Labor Department’s rules for determining whether workers are independent contractors or employees, Weil last week released a 15-page guidance memo. It spells out the criteria his office uses to determine how to classify a worker. The key principle is “whether the worker is economically dependent on the employer or truly in business for him or herself,” the memo says.

The memo outlines a six-part “economic realities” test that assesses such things as whether the worker is performing a task integral to a company’s business. For instance, carpenters are integral to the business of a construction company and likely should be considered employees. But a software developer, hired to create software that tracks the company’s bids, could more likely qualify as an independent contractor.

Richard Reibstein, a New York attorney with Pepper Hamilton LLP and co-author of the Independent Contractor Compliance blog, said most businesses that misclassify their employees do so unintentionally, because the law is complex and confusing, and there sometimes is no bright line between legitimate and improper contracting arrangements. He cautioned against assuming that all companies misclassify workers to cheat them.

Fed Ex Ground, for example, has “cadres of lawyers advising them,’’ said Reibstein, who does not represent the company. “They have tried to abide by the law. But the courts have said, ‘not good enough.’ They are not intentionally trying to misclassify employees.”

Court documents tell a different story with National Consolidated Couriers Inc., a Northern California delivery service. This month NCCI and the company’s owner, Tanweer Ahmed, settled a Labor Department investigation by agreeing to pay $5 million in back wages and damages to more than 300 workers. The workers allegedly were cheated out of minimum wage and overtime pay because NCCI misclassified them as independent contractors.

While NCCI was under investigation by the U.S. Labor Department for possible wage violations, government officials told Ahmed not to delete emails that could be evidence.

At a deposition in February, Ahmed said he understood he was supposed to save his emails, according to the attorney who deposed him. But according to court records, during a lunch break that same day Ahmed called an aide and instructed him to delete his email accounts.

In addition, two workers at the company told a federal investigator that Ahmed instructed them to lie to the labor department about his control of the business, according to a declaration filed by investigator Mary Pham in federal court in San Francisco. Workers said they were fearful of retaliation from Ahmed if they cooperated with federal authorities.

Originally, Ahmed was subpoenaed to testify before the Labor Department in late January, near his home in Houston. Twice, he submitted travel itineraries indicating he’d be out of the country, but according to court records they were fakes.

Ahmed failed to appear in January, but testified under oath 10 days later in Los Angeles. That’s the same day when, court documents say, he instructed his aide to delete his emails. The Labor Department eventually got a court order compelling Ahmed and NCCI to release business records.

In the settlement, which became public last week, Ahmed and NCCI waived their opportunity to respond to the Labor Department’s charges. Their attorney, Ron Arena, however, told FairWarning in an email, “Although the Defendants deny any wrongdoing, they have agreed to voluntarily resolve the matter through a consent order to avoid costly and protracted litigation.”

Ahmed states in the settlement that NCCI is no longer operating. Labor Department officials said they were confident they could recover the funds. Under the settlement, Ahmed is required to turn over the deeds to homes in Nevada and Texas in which he indicated he has $2 million in equity, and agency officials said they believe that Ahmed’s other assets would cover the remaining $3 million.

Drivers testified that Abbas required to them work 12-hour shifts, six days a week, but only paid them when they transported passengers. Drivers said Abbas often made them wait around for fares for hours, without pay. One driver, Antonio Freslassie, testified: “I was going home with like $60, $70. That’s a good day.”

Another driver, Anthony Pelayo, testified that his firing in February 2014 came after the company learned he was a witness for the Labor Department.

The agency said in court filings that Abbas instructed drivers not to cooperate with federal investigators and coached them to say they were independent contractors.

The department also said Abbas had drivers sign and backdate “sham” agreements to lease cabs. Under a true lease, cabbies ordinarily would have been able to drive wherever they wanted but, according to the Labor Department, Abbas gave instructions to wait for fares at hotels where the company had accounts.

The Labor Department said the ruling covers several hundred drivers, although it does not yet know exactly how much they are owed. Abbas’ attorney, Susan Bishop, however, said in an email that the court’s decision “likely impacts fewer than 50 drivers.”

Bishop said Abbas would not appeal the court’s ruling, although she added that he ran his business “similar to larger, well-known transportation services, who also treated drivers as independent contractors.”

FairWarning (www.fairwarning.org) is a nonprofit investigative news organization based in Los Angeles that focuses on public health, safety and environmental issues