A vision for transparency reform in Oregon

Home » Government » A vision for transparency reform in Oregon

In my household there is a running gag. It’s that my future biography — to be written by my husband, who I have been talking at for a minimum of two hours a day for many years — will be called Visions.

It will not be about all of the things I have accomplished. It will be a list, likely numbering in the hundreds of pages, of all the great ideas I’ve had but for a variety of reasons did not see through.

There will be the numerous companies I have started (in my mind, anyway). The ever-evolving landscaping plan always in progress in my yard (and, again, in my mind). There will be the dozens of art projects floating around in closets and our basement. Thousands of unwritten articles — a few with asterisks denoting the unavoidable legal causes of their demise. A book or five. Nonprofits, animal rescues, orchid arrangements, volunteer projects.

I am not a procrastinator. I simply like to start things. Like this column. Like the Redacted app. Like a TED Talk-style story rollout at InvestigateWest’s Oregon launch party Thursday night (6 p.m. in Portland at Ecotrust).

And now I’m going to start something with you people: We are going to try to get this darn bill passed.

What bill is that? House Bill 3505, a public records bill floated by Rep. Julie Parrish, R-West Linn/Tualatin, officially birthed at the end of March to what looked like the political equivalent of apathetic yawning in the House Rules Committee, at least initially. 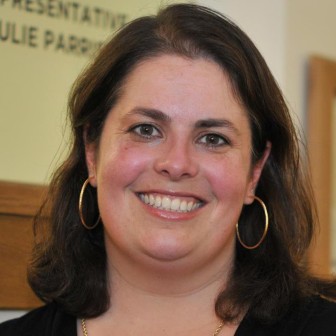 In the last few weeks, however, major newspapers have thrown support behind the bill, pushing for a public hearing that is now scheduled for April 22.

It’s a great bill. It is far from perfect. But it attempts to solve real problems with actual action instead of the usual paralyzing studies that pass for public process in this state.

The basics of the bill are these:

I love it so much I’d like to put the bill number on a T-shirt. (Another great idea! Especially since my FOIA shirt is getting unacceptably frayed.)

When I spoke to Rep. Parrish about the bill, she said she was inspired to drop it based on former Gov. John Kitzhaber’s resignation, and the discrepancy between his claims of innocence and what emails eventually revealed.

“For a long time I’ve been aware that public bodies stonewall public records. Certainly this has been an issue,” she said. “But I think it just became really glaring with Gov. Kitzhaber. You’ve got newspaper outlets that are still waiting on public records requests from last year that have gone unmet. They are still open records requests. That’s not OK.”

Arbitrary fee structures for public records, and cases in which public bodies have obstructed information with high fees, have also egged on Parrish, who has a journalism education and a sturdy belief in the Fourth Estate.“Even your big dog media outlets have to make a business decision about what stories get put forward and which ones don’t based on what the public records are going to cost,” said Parrish.

While she says her bill isn’t intended only for journalists — it’s more about giving Oregonians a response to the Kitzhaber transparency failure — the fact that journalists are regular users of the law and know its inner workings calls for their participation. Parrish says the public interest in reform is clear, even if the political will to change transparency law in Salem hasn’t yet caught up.

Until the editorial push for a hearing, Parrish’s bill had been overlooked. Observers speculated that Gov. Kate Brown’s bill to revamp ethics law and to study access issues to public records was likely to dominate the transparency conversation in Salem instead.

The question is: why?

“We can task force and workgroup ourselves to death and still never come up with an answer,” Parrish said.

She is no fool. Parrish knows the bill isn’t perfect. And that it likely needs tweaks from all sides of interest. I would provide an earlier opportunity to appeal — after two weeks of non-response, for example — so the six-week presumption of denial doesn’t become the default foot-dragging tool of every public agency in Oregon.

But Oregonians have been waiting for a new law for decades. And Oregon politicians have been studying it even longer. Every time we have another process, its recommendations are ultimately beat back by the coalition of opposition that has never wanted transparency — chiefly opponents in government and trade groups hot to shelter their own unique little carve-outs.

Tim Gleason, former dean of the School of Journalism and Communication at the University of Oregon and a member of the board of Open Oregon, rightly points out that many of the law’s exemptions exist for good reason. And that many of the measures described in Parrish’s bill will be tough to implement. How do you ensure compliance with a rule requiring all public emails and social media activity to be logged? How can public officials who respond to mountains of records requests really keep up with those requesters every seven days?

Those are good questions. And having watched this conversation unfold for years, Gleason sees where history is also prologue: “In terms of the momentum of public records bills that are trying to create greater transparency and more efficiency and get records released quickly, what happens is that the minute they’re proposed there’s a very strong coalition of people on the other side.”

For many years that coalition has been strong and loud. And it has been able to unearth traumatic tales of how public access to government records might actually hurt somebody. Domestic violence incidents and crime victims have always been favorites of those pushing back against the publicizing of concealed weapons permits and of 911 calls.

What’s different now is that Oregon has a story we all share. We elected a governor who is now the subject of an investigation by the FBI. Whether we decide Cylvia Hayes was really selling access to the Capitol one day, or is just a popular D-student who failed to heed the rules, does not matter. We lost. All of us. And we lost because our law doesn’t work. Earlier access to Kitzhaber’s and Hayes’ email would have provided pre-election access to damaging revelations and discouraged a lot of people from putting him in office again.

This is a darn good starting point for all of us, no matter whether we love this bill as written.

Eliminating fees for data? Personally, I will take it. No question. Standardizing “actual costs” of records to a max of 5 cents for paper copies? Um, yes please. And coming up with some structure for response time to public records? We have to. It as the root of everything that just went wrong for Oregon.

I am busting out the letterhead, and will be penning my testimony on this bill to the House Rules Committee. And I expect to see you there.

Sometimes it’s worth it just to start something. This bill is as good a place as any to start fixing Oregon’s transparency problem.