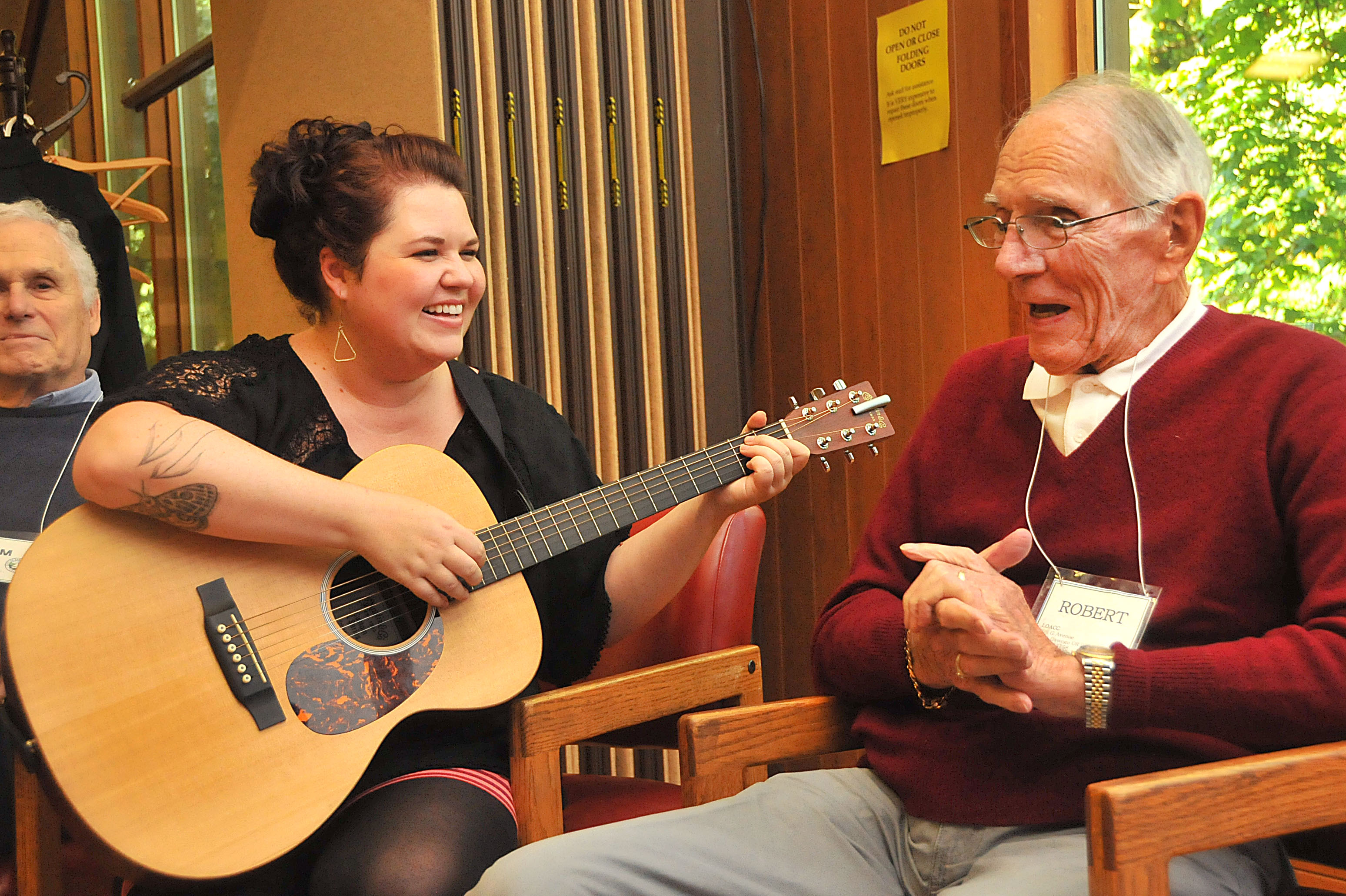 Art Martin saw his wife Sue through her dementia diagnosis and treatment. Now when he talks to others about her, it’s rare, he said, when he doesn’t hear a story of a relative, a parent or a spouse that echoes his own: Martin was completely unprepared for his new responsibilities.

“I’d read a little bit and knew there were some potential issues,” said Martin, who lives in Lake Oswego. “But basically I was ignorant.”

The story of Art and Sue Martin matters because increasingly Oregonians will have to pay to care for an aging population where Alzheimer’s and dementia are on a sharp uptick. Right now in Oregon, nearly 60,000 adults suffer from Alzheimer’s. By 2025, that number is set to jump to 84,000 — almost two percent of the population.

Yet senior centers, an important provider of services to older adults and a local link to state and federal safety net programs, are frequently unprepared to serve people with Alzheimer’s and the family members who care for them.

How unprepared? One recent study by a Washington University in St. Louis scientist found that senior center workers know less, on average, about Alzheimer’s than the typical university student.

That lack of knowledge among senior center workers worries some of their bosses.

“I think that we need to develop some additional skills and capacity on the part of our staff,” said Susan Getman, chair of the National Institute of Senior Centers, an arm of the National Council on Aging, who also serves as executive director of a center in Wilmington, Delaware.

But the training Getman advocates costs money. And it could mean a change in how senior centers identify themselves in the community, one Portland State University researcher is learning.

In some ways, Oregon has a head start with Alzheimer’s care. Nearly 20 years ago, it became the first state in the U.S. to set aside money for a statewide respite program — offering caregivers like Martin a break from what is often a full-time job requiring constant attention to a loved one who is slowly fading.

“You get to the point where you kind of hate to leave them alone,” said Martin.

Lake Oswego’s respite program, where someone caring for a family member with Alzheimer’s can drop off their charge for four hours of art, music and other activities, is now offered twice a week in response to a long and growing waiting list. The center also hosts a caregiver support group in partnership with the Oregon chapter of the Alzheimer’s Association that draws three times as many participants as it did when it was started 14 years ago.

The programs are popular because they work. Alzheimer’s can be debilitating. As the brain atrophies, it can cause people to no longer be able to do complex day-to-day tasks like driving. Memory loss is also common. The strain on caregivers is constant — but research shows that those who get time off report being in better heath, physically and emotionally. Respite programs reduce costs for both families and public coffers. They are more affordable than in-home care, and access to respite programs can allow caregivers to delay moving their loved one into an assisted living center, which draws money from Medicare or state budgets.

After their four-hour break every week, Tassos said, “caregivers would come back and I would see the relief in their faces.”

Yet programs like this one only serve a small number of the roughly 173,000 unpaid caregivers the Alzheimer’s Association estimates there are in Oregon.

For starters, centers need trained staff, she said. Many centers aren’t equipped or staffed to serve people who cannot always take care of themselves. She worries, for example, about what would happen if someone were to wander away and get hurt or get lost. But training requires money. And money requires advocacy.

“Senior centers need to be doing some things on their own to recognize the need and respond to it, but also to be advocates at the local, state and national level to make people more aware of what’s going on and come up with community-based solutions for those problems,” Getman said.

Oregon is making some progress on that account. After several years of cuts to social services for older adults, a one-time investment of $3.3 million from the state’s general fund was allotted this year to train long-term-care workers and develop more resources for caregivers. An additional $1.25 million was approved at the same time for local Area Agencies on Aging to support evidence-based projects promoting wellness in older adults.

Being on the front lines of public health like this is new for senior centers, said Melissa Cannon, a researcher at Portland State University studying these changes in the Portland area. These centers have long been social gathering places for older adults, she said. Now some are adding wellness programs, and more staff members must receive specialized training in aging.

“That’s what’s really different from what senior centers used to be,” Cannon said.

But more needs to be done. Most people want to stay where they are as they grow older. Yet getting to and from senior centers can be hard, especially in rural areas, and there is a lot of work to do to educate people about existing programs.

Experts raise concerns, too, about equitable access to care, particularly among high-risk groups. Older African-Americans are about twice as likely to have Alzheimer’s or dementia as older Caucasian adults, and Hispanics are about 1 1/2 times as likely. Health conditions such a high blood pressure and diabetes, which are more prevalent among African-Americans and Hispanic people, may increase the risk of Alzheimer’s, as do lower levels of education and other socioeconomic characteristics.

People who work at centers say it’s hard to be everything for everyone, according to Cannon. “There’s so much demand on them to expand their services and activities.”

Art Martin’s wife Sue entered full-time care four years ago. That was five years after he went to his first caregiver support group at the bucolic adult center in Lake Oswego. He devotedly makes the six-mile trip to visit her at lunch every day. She’s no longer able to feed herself.

Now there are new faces at Martin’s support group. More participants are younger, confronted with a loved one’s diagnosis with early-onset Alzheimer’s. They are looking for a safety net, and it’s hard to downplay how critical these services will become in the coming years as the number of people with Alzheimer’s continues to grow.

Over nearly a decade Martin’s support group has become a second family and he still attends.

What keeps Martin coming back?

“That’s a good question, and I don’t know that I can give you a good, solid answer. Part of it is habit. Part of it is you get to know some of the people,” he said.

“But sometimes you can offer something.”

Jason Alcorn wrote this story for InvestigateWest with support from the MetLife Foundation Journalists in Aging Fellowships, a program of New America Media and the Gerontological Society of America.