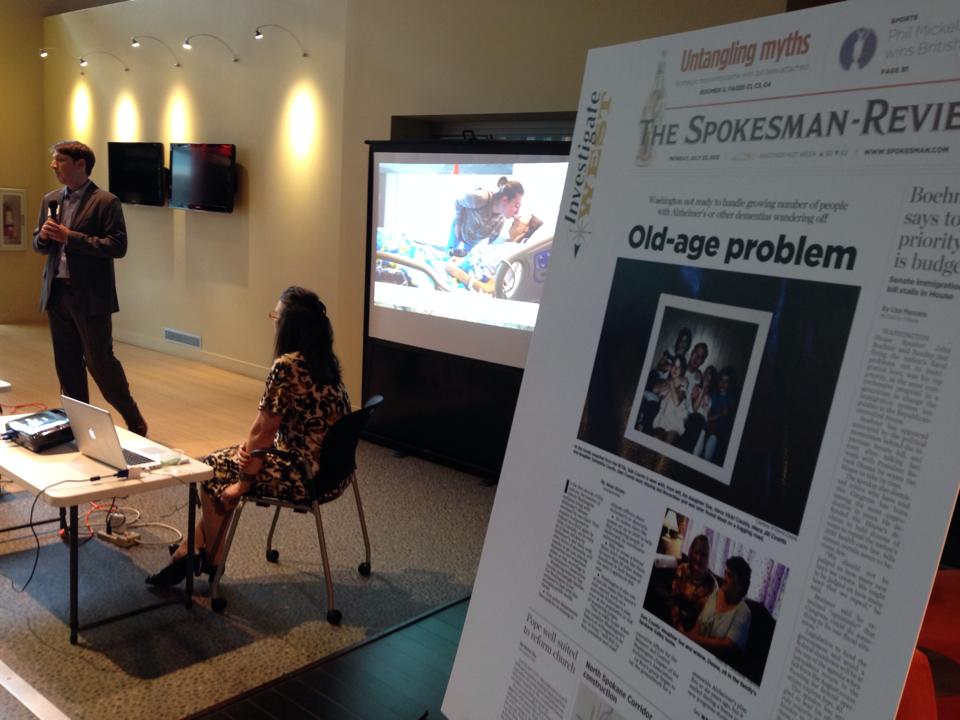 And InvestigateWest is certainly that, by keeping investigative reporting alive and well in the Pacific Northwest. I have enjoyed your work in environmental, health and political issues, and will be watching to see what you explore next.

I’ve covered Silicon Valley startups, and I see the same vibe at InvestigateWest. Robert came to Western as a visiting professional in the company’s first year. We work our Visiting Pros pretty hard, scheduling them to speak to as many classes as possible during the day and partying with the faculty at night, but he kept up – and without caffeine. One of his stories to the students was how he moved to Seattle and gave up coffee. You’ll have to ask him about that one.

And InvestigateWest has been creative in presenting its journalism, using online presentations, galleries, solid long-form journalism, a range of reporting methods and presentation methods.

Our advanced reporting class has teamed with InvestigateWest a couple times to report on local environmental issues, notably the coal port. Beef up that CMS and we can help you do even more.

InvestigateWest has pushed to explore new means of storytelling, such as using interactive graphics that illustrate certain points more effectively than words, and tackling overlooked or forgotten topics of importance. And it’s an inspiration to watch you try to be a purposely nonprofit journalism organization in the first place.

But InvestigateWest is already pretty good at sharing. I think you’ve hosted at least one intern each year from Western alone, and this is such a strong internship opportunity for our students that I hope you’ll have more. And the sharing doesn’t stop there; “Exhausted at School” and “Boeing’s Lobbying Campaign” both won first place awards from the Washington Press Association with the combined work of InvestigateWest writers and a Western intern, Liv Henry. What a great start to her career.